What’s New for the Stock Show?

Since 1896, Fort Worth has play host to a stock show. This year, the Fort Worth Stock Show and Rodeo moves into its new home in Dickies Arena. So what changes are in store for this beloved annual tradition? 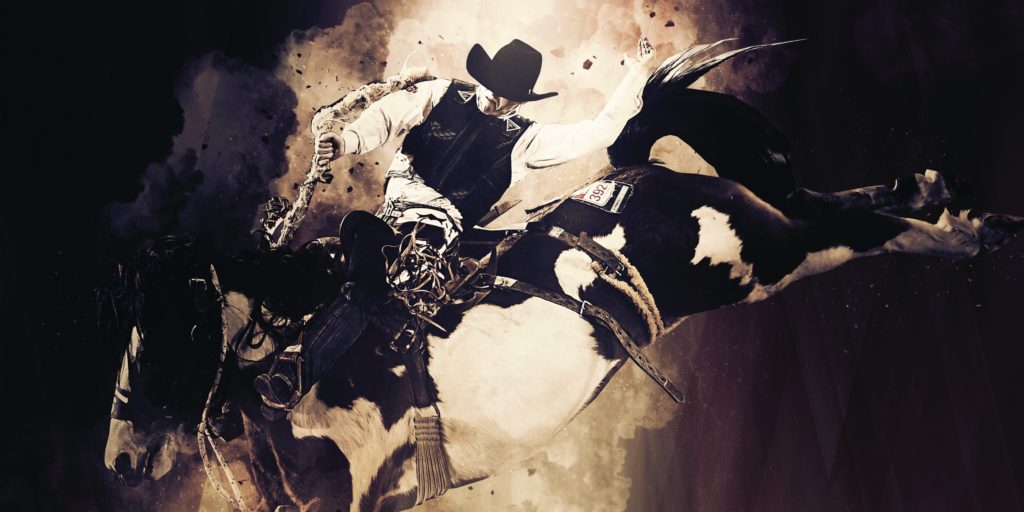 The Corkyard
This is the Stock Show’s newest gathering spot, located on the east side of the Simmons Bank Plaza of Dickies Arena. The Corkyard wine tent offers guests a new venue to meet friends and unwind before the energetic World’s Original Indoor Rodeo®.  Enjoy wines by-the-glass with special features rotating throughout the Stock Show. COVERAGE: Enhancement of the Stock Show’s offerings and engagement. Expansion of FWSSR’s focus on Texas agriculture to include industries beyond livestock.

Auditorium Entertainment
The Will Rogers Auditorium will host a number of concert acts throughout the show. On January 24, the acclaimed country a cappella group Home Free will perform in the Auditorium, and on February 5, rock legends Foreigner take the stage where Duke Ellington and the Rolling Stones once performed.

FWSSR Fan Zone
Rodeo fans will be delighted to take part in the debut of the FWSSR PRORODEO Fan Zone, located on the southeast side of the Dickies Arena Plaza level. The thrill of professional rodeo will reach new heights as fans meet their favorite professional rodeo athletes face to face with a chance for an autograph or perhaps that all-important selfie with champions of the sport. 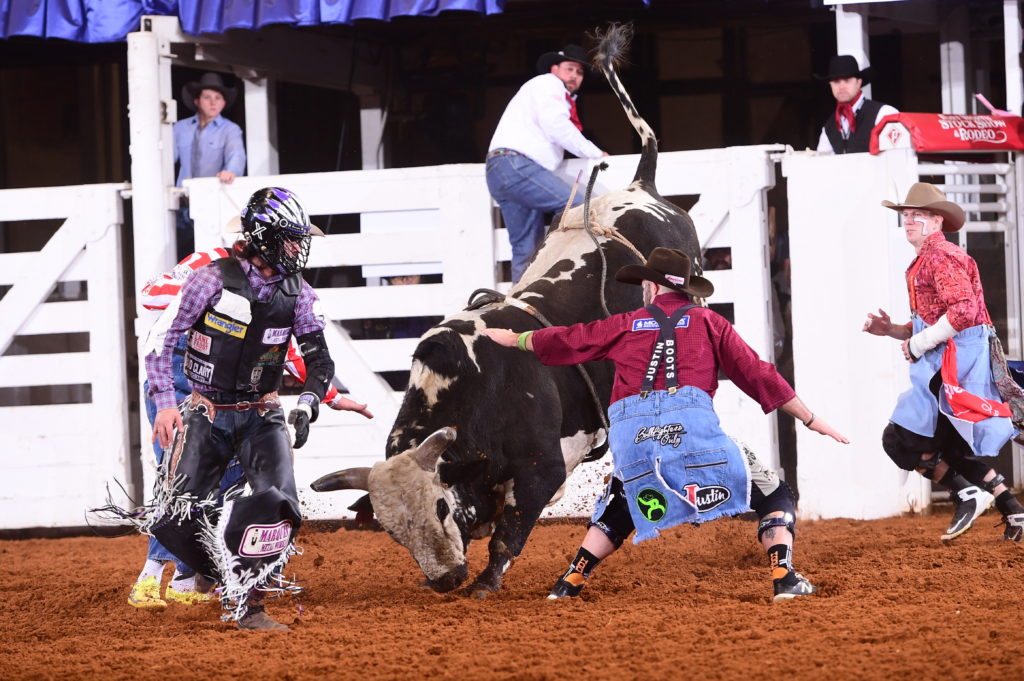 All athletes will be divided into seven brackets with two rounds per bracket running from January 24 through February 4. The top two finishers in each bracket advance to one of two Semi-Finals rounds held on February 6 and 7.

But those who missed the cut still have a chance to advance. A Wild Card round will be held February 5. A contestant can advance to the Wild Card Round by one of two routes.

It’s called the Wild Card for a reason: it’s a do or die shot for the Semi-Finals in one round. Only the two top money earners in each event advance.

Sixteen contestants – FWSSR’s version of the Sweet Sixteen – will compete in one of two Semi-Finals. Round A on February 6 or Round B the next evening. The top four money earners from each advance to the Finals on February 8 and a chance to win the title – Champion at the inaugural FWSSR PRORODEO Tournament.

Sunday, January 19, Equine Public Speaking Challenge
Contestants prepare a 5-minute speech on a topic related to the equine industry. The top three scores from each room will move on to the final round immediately following the first round. The Final Round will consist of twelve contestants, a 5-minute prepared speech followed by three questions from the judges’ panel. Scholarship awards range from $1,000 to $4,000. 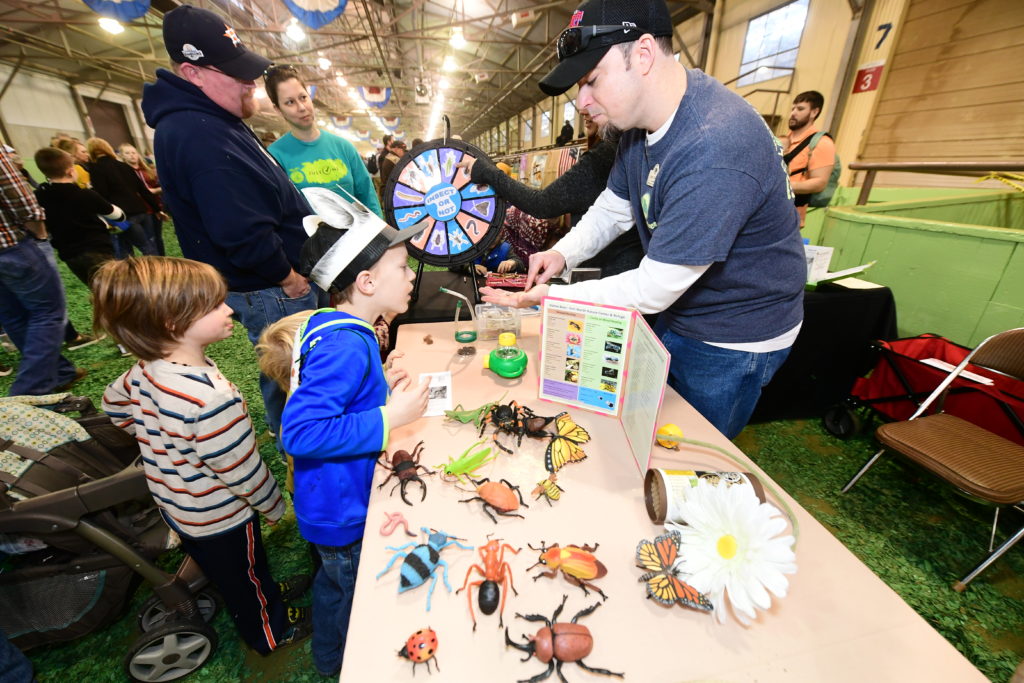 Friday, January 24, Junior Ag Robotics Challenge, in partnership with the Fort Worth Museum of Science and History

The Ag Robotics Challenge includes teams who will be charged to build and program a robot for a specific task. Known challenges are provided in advance, with “blind’ challenges revealed the day of the contest.

Thursday, January 30 and February 6, Sip & Shop Craft Beer Tasting
For the first year, craft breweries from across the state will take part in this one of kind tasting.  Participants can sample beers and meet brewery representatives.

Sunday, February 2, Texas Invitational Escaramuza Competition
Exclusively for Texas Escaramuza teams, a pre-show performance will feature Escaramuza Santa Clara, the Texas’s youngest team to qualify for the 2019 National Charro Competition in Michoacán, Mexico. Escaramuzas, female side-saddle riders, have been performing in the Stock Show’s Best of Mexico since its inception Escaramuza’s history dates to the Mexican Revolution of 1910 and typical perform as part of the traditional Charreada or Mexican competitions. 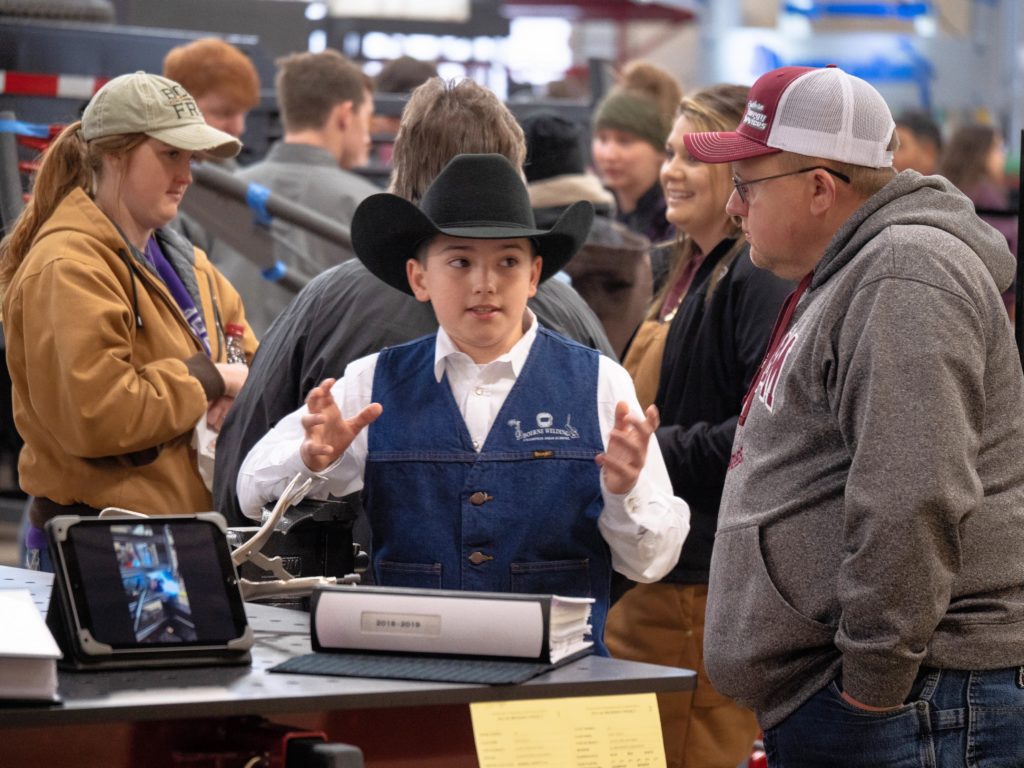 February 7, Steer Parade to the Coliseum
We’re making the old new again when competitors in the Junior Steer Show will parade their animals through Tower Promenade on their way to show in the storied Will Rogers Coliseum, just as in the days of old. It will be an exciting moment to hear the slap of the judge when the Grand Champion is selected!

In making the move from the Will Rogers Coliseum to the Dickies Arena, the FWSSR hopes to embrace its heritage while evolving into a true powerhouse in the world of rodeo. As announcer Bob Tallman always says, “This thing is legendary!”