The Kluber Family Foundation, established by Texas Rangers pitcher Corey Kluber and his wife Amanda, have spent more than ten years supporting seriously ill and physically challenged children and families. The Kluber’s recently selected an eleven-year-old boy to be a part of the Kluber’s Kids program. 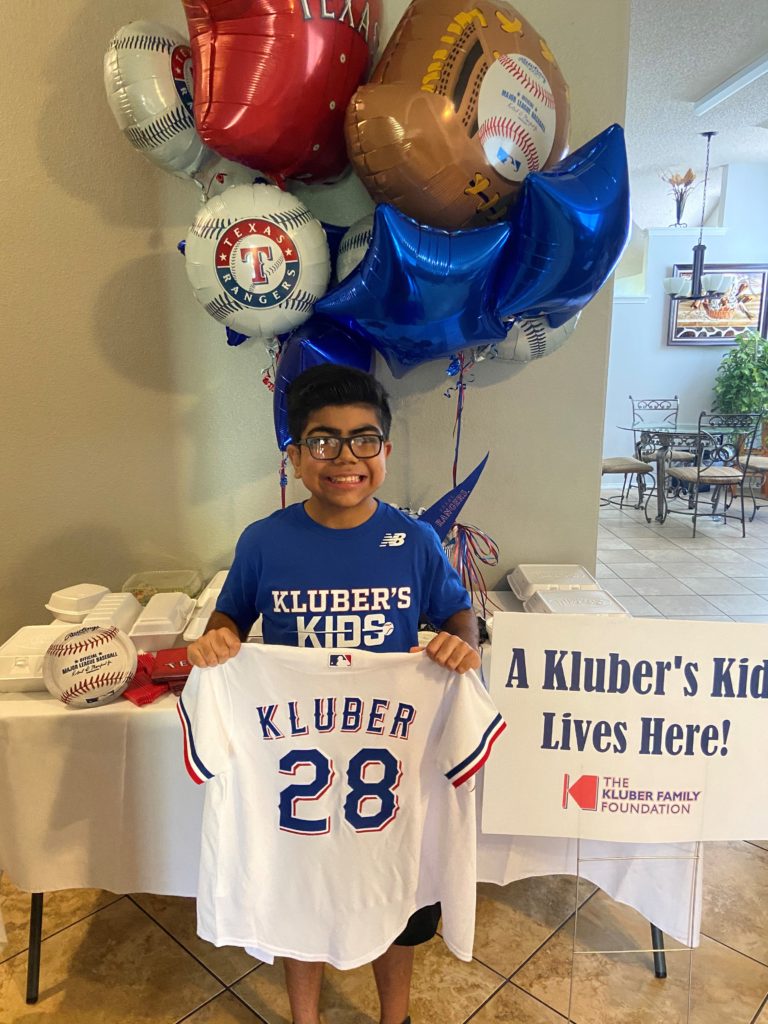 Adrian, a Fort Worth resident, is the first Kluber’s Kid chosen in Texas and was recently featured during a broadcast of the Texas Rangers game against the San Diego Padres at Globe Life Field.

Adrian is a huge Rangers fan and plays second base for his baseball team.  He has battled kidney disease since the age of three and had a full kidney replacement at the age of 10, donated by his brother. As a result of COVID, Adrian was only in school for 60 days following his surgery and will be taking virtual courses through 2020.

As a way to support seriously ill children during the COVID pandemic, the foundation sends a ‘party box’ to the homes of a Kluber’s Kid. The ‘party boxes’ include a Texas Rangers jersey, Texas Rangers baseball hat, Texas Rangers gift card to redeem tickets for next season, an official Kluber’s Kids t-shirt, a Corey Kluber signed photo, baseball/Texas Rangers themed party décor, a meal, snacks, and drinks, and an encouraging video message from Corey and Amanda. A DoppleRanger, a 2D image of Adrian, was created for the Rangers/Padres game which was also featured on the TV broadcast. 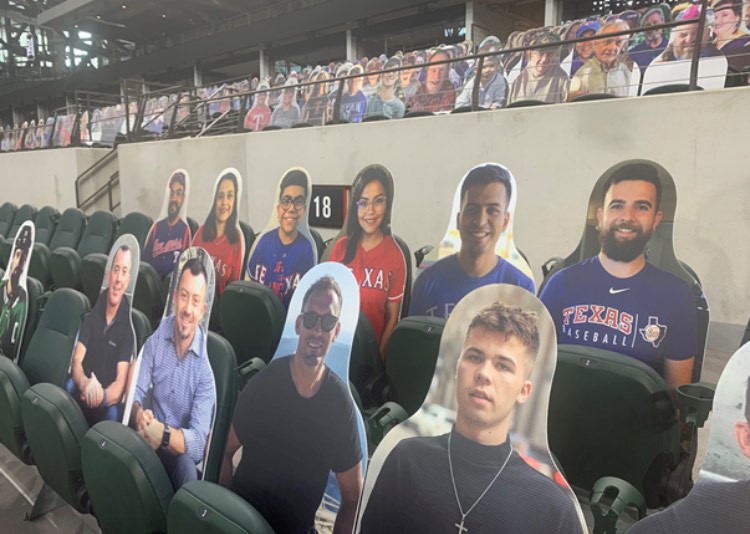 The Kluber Family Foundation will host the 2020 Curveball for a Cause Celebrity Gala, on September 13 during a completely virtual event. Fox Sports Southwest anchor John Rhadigan will emcee the virtual event with Kluber and several of his Texas Rangers teammates making virtual appearances.

The mission of The Kluber Family Foundation is to impact the lives of families who have seriously ill and chronically ill children, by providing them with daily support through live-improving resources and life-changing experiences. Since its founding, the Kluber Family Foundation has impacted more than 480,000 individuals. More information is available at  coreykluber.org.