And the Winner of the Stephen Bruton Award Is…

The Lone Star Film Society announced that singer-songwriter Michael Martin Murphey will be presented with the Stephen Bruton Award at the 2021 Lone Star Film Festival Gala on November 13th at the Modern Art Museum of Fort Worth. The Fort Worth Film Commission, a division of Visit Fort Worth, is partnering with Lone Star to produce the 2021 gala.

The prestigious award is named after Stephen Bruton, a musician and songwriter from Fort Worth whose noteworthy achievements included producing the music for the film Crazy Heart right before his death from cancer at age 60 in 2009. In remembrance, the award is presented to individuals whose music careers have made waves in film and television. 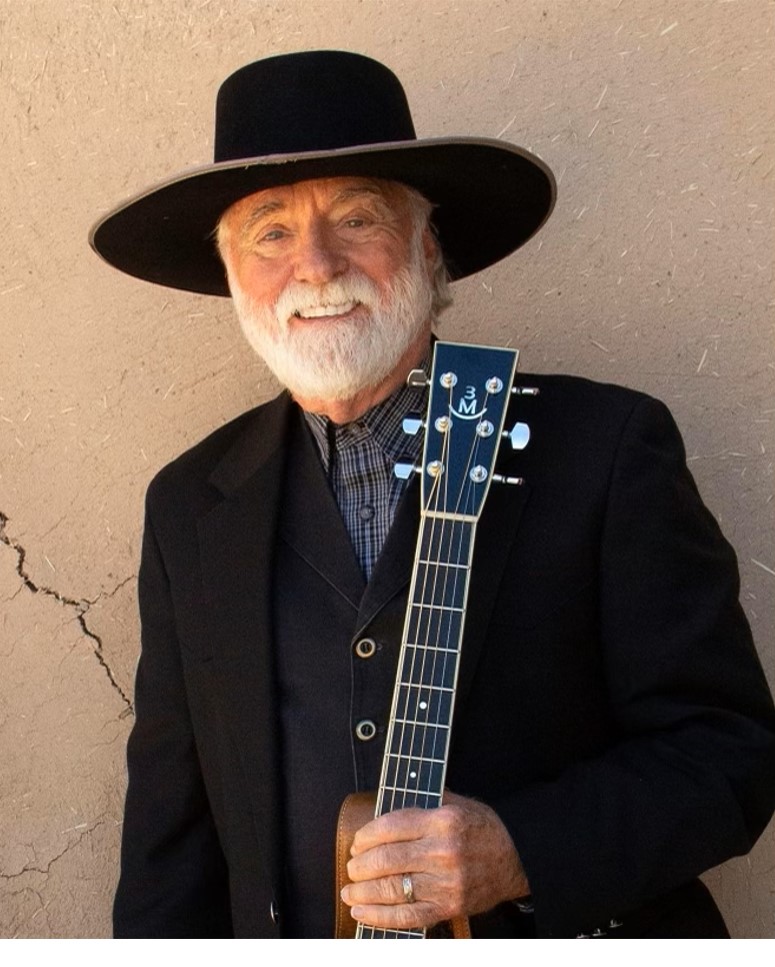 An Oak Cliff native with family in Dallas, Fort Worth, Houston, and Tyler dating back to the Foundation of Texas, Murphey has been honored as an “Alamo Ranger“ by the Sons of the Texas Revolution. Murphey is a multiple Grammy nominee with multiple platinum and gold albums and is best known for his 1975 Pop Radio hit “Wildfire.” His music has been featured in film and TV such as The Simpsons. In 1981 Murphey wrote and produced the soundtrack and played a supporting role in the film Hard Country with Kim Bassinger, Darryl Hannah, and Tanya Tucker. His song “Wildfire” has been used in many films, such as Bubble Boy starring Jake Gyllenhaal and Bandits starting Bruce Willis, Kate Blanchett and Billy Bob Thornton. Murphey has been involved in producing, writing, and directing some of the most popular videos in country music, including “Cowboy Logic” and “Long Line of Love.” Murphey also had a principal role in the hit television series Lonesome Dove: The Series. In 2021 he served as an executive producer, music supervisor, and has the role of Pastor Micah in a film inspired by his song “Wildfire” called “Wildfire: The Legend of the Cherokee Ghost Horse.”

“We are thrilled to honor Michael Martin Murphey for his contributions to the music and film industries,” said Chad Mathews, director of the Lone Star Film Society. “This year’s gala will have a special Modern West theme that exemplifies the spirit of Texas film.” 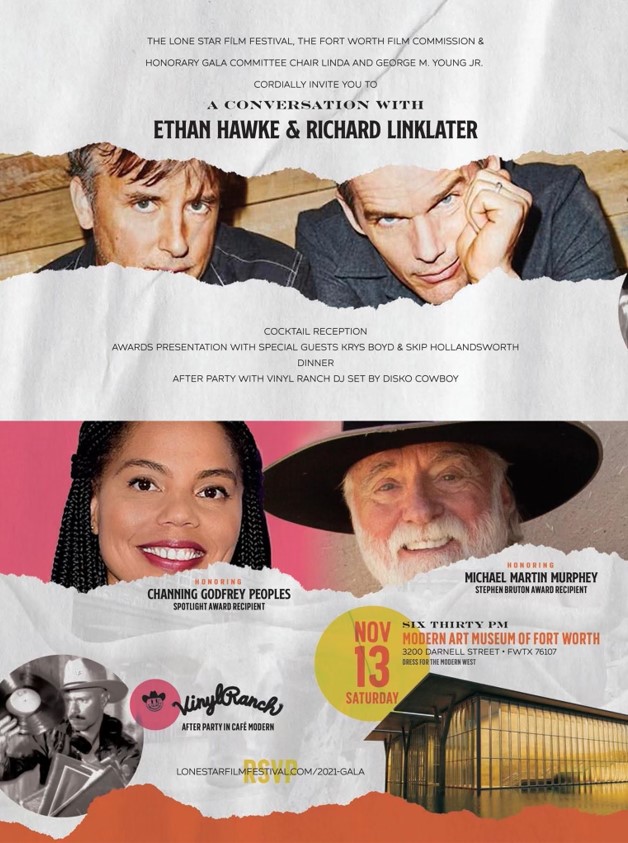 This year’s gala will also honor Texans Richard Linklater and Ethan Hawke with the inaugural Larry McMurtry Award. Linklater and Hawke will attend the gala in person and participate in a conversation led by Krys Boyd, host of KERA’s Think.

Limited tickets and tables to the 2021 gala are still available. Individual seats are $500 and table sales start at $10,000. All proceeds from the gala support the Lone Star Film Society’s Johnny Langdon Film Education Initiative.