Western art expression and expertise was on display during the 56th Annual Cowboy Artists of America (CAA) Exhibition & Sale held November 4-5 at Will Rogers Memorial Center in Fort Worth, Texas. Presented with the support of the Fort Worth Stock Show & Rodeo, the exhibition generated sales of more than $1.3 million.

The evening show and sale attracted a diverse group of western art enthusiasts who took part in the fixed-price box sale in which 76 percent of exhibited pieces were sold. Bruce Greene’s oil Out of Nowhere, depicting a cowboy surprised by a deer while roping a calf, captured the high-selling price of $57,000. Other pieces demanding premium prices were Martin Grelle’s oil on linen, The Overseer, selling for $52,000 and Mikel Donahue’s Ropin’ A Wild One, was the high-selling acrylic at $25,500. C. Michael Dudash’s Gold Medal winning oil, A Journey Ends, A New Home Begins, sold for $42,000. 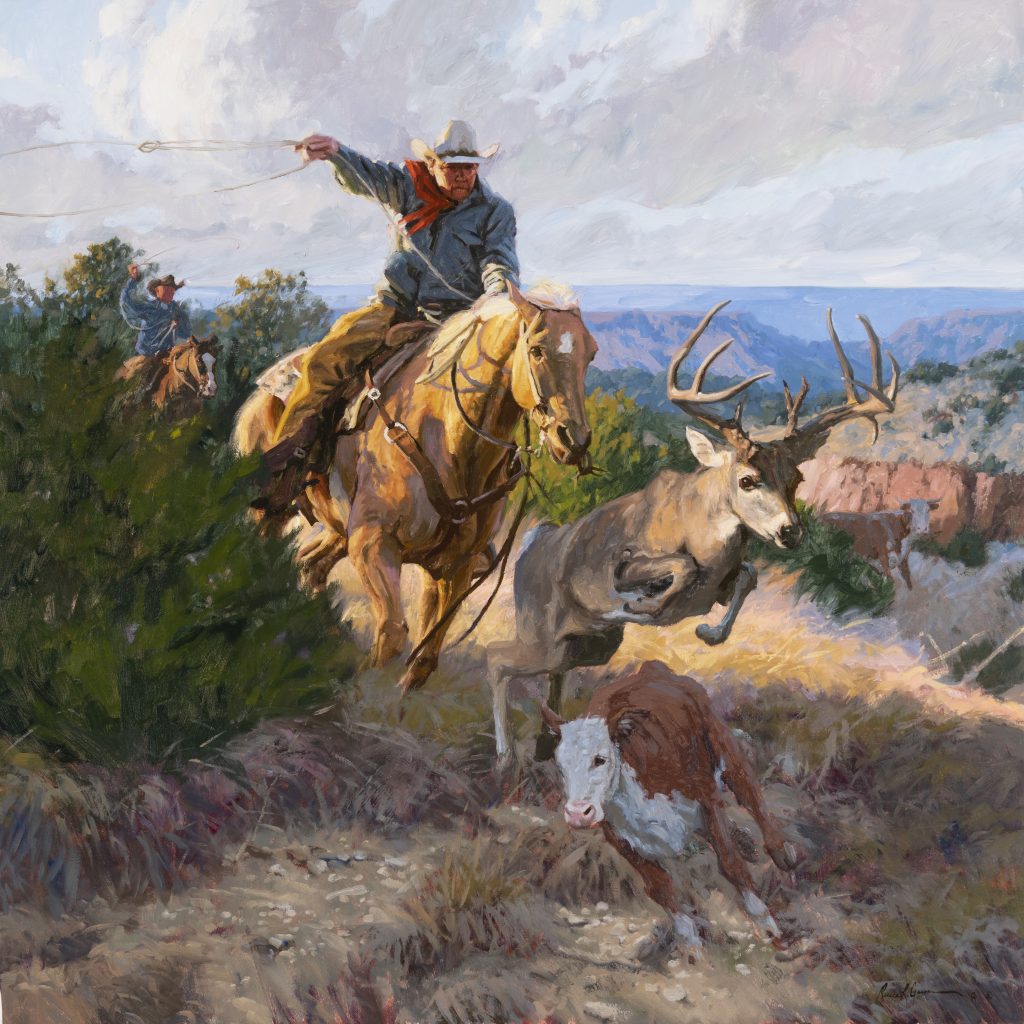 Additional Gold Medals went to Mikel Donahue’s mixed media For Want Of Nail, selling for $18,500; The Set Up, a drawing by Tyler Crow, which sold for $8,950; and Bruce Greene’s sculpture Scrambled Eggs, selling for $16,500. Phil Epp’s Gold Medal winning water soluble The Long Road, selling for $8,500, was selected as the Anne Marion Best in Show winner, named for the former matriarch of the Four Sixes Ranch.

Mikel Donahue’s Coffee ‘n Biscuit, selling for $13,500, was named the winner of the Ray Swanson Memorial Award, recognizing a work of art that best communicates a moment in time and captures the emotion of that moment. Grant Redden captured the American Hat Award for best overall exhibition voted on by CAA members. Redden’s five oils and one charcoal sold for a combined $73,000 with A Rough Start commanding a price of $28,000.

“Cowboy Artists of America are at home in Fort Worth,” said Bruce Greene, CAA president. “Fort Worth is a city that loves the West and the beauty of the genre. With just three years under our belts in Fort Worth, it looks like we’ll have many more successful years to come.” 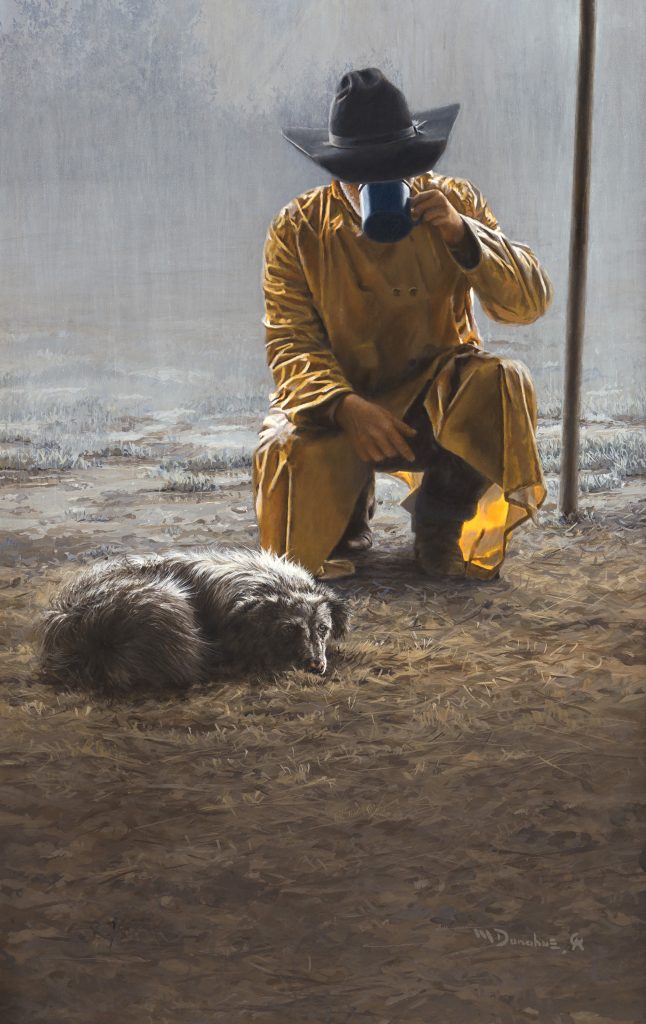 Greene noted that one aspect of the move to Fort Worth has been the CAA Workshop which will be held for a second year during the Fort Worth Stock Show & Rodeo. Hosting budding high school artists, the workshop exposed students, many of whom have always lived in urban areas, to the expansive range of western art styles. “Some of these students had never seen anything like the art we’ve been exposed to all of our lives,” said Greene. “It was truly wonderful to meet these young people and open the door to the different mediums that encompass the genre.”

Voted in as honorary members of the CAA were Billy and Ann Mitchell of Midland, Texas, whom Greene says have been significant contributors to the CAA Joe Beeler Foundation, as well as collectors.

The Cowboy Artists of America was formed in 1965 in Arizona by artists Joe Beeler, Charlie Dye, John Hampton and George Phippen to promote the West and cowboy life in art. Through the years its membership has changed, but the mission has remained the same. The CAA’s nonprofit Joe Beeler Foundation promotes the development of young artists in traditional Western art through workshops, mentoring and scholarships. Proceeds from the sale and exhibition help fund the foundation.