by Edward Brown / September 4, 2020
Fort Worth Arts, Fort Worth Culture

Discussions on Black history were a daily feature of homelife for Fort Worthian and artist Lillian Young. Her love of history grew before her artistic interests, but the two features of her current life coalesced as Young pursued her Bachelor of Fine Arts from TCU. 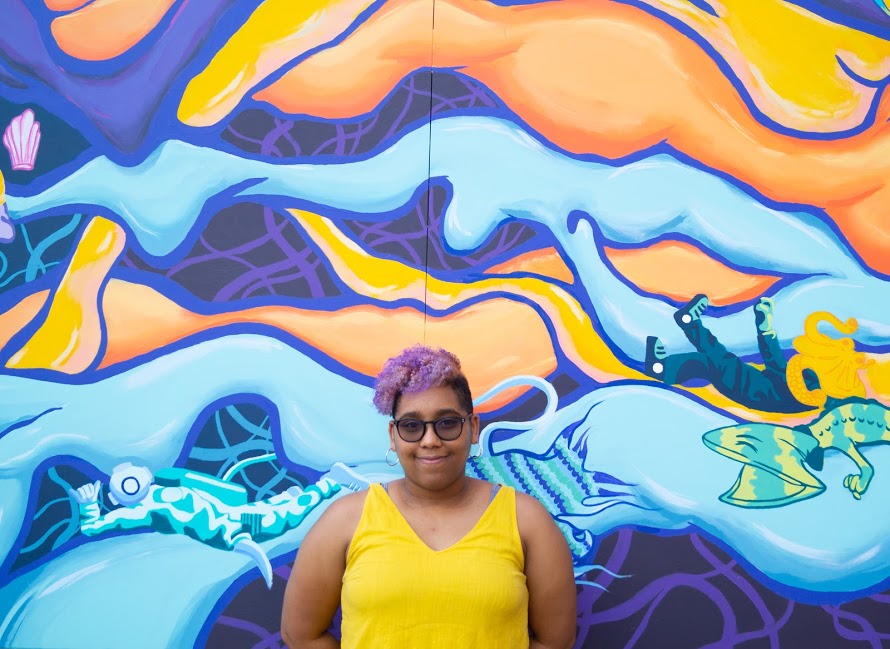 “The day after Trayvon Martin was killed, I was like, ‘It’s a modern-day Emmitt Till, ’ ” she said during a college class, referring to the 1955 murder of a teenage Black boy. “Most of my classmates did not know who Emmitt was. That kind of shocked me.”

Young, who is currently pursuing her MFA from Michigan State University, highlights lesser-known pioneering Black women through her lithographs, block prints, paintings, and other artistic mediums. One recent work, currently up at Ro2 Art in Dallas, features “Motorcycle Queen” Bessie Stringfield, the first Black woman to ride across the United States solo. The black-and-white work combines block prints and a lithograph to show a stack of fictionalized postcards sent by Stringfield. 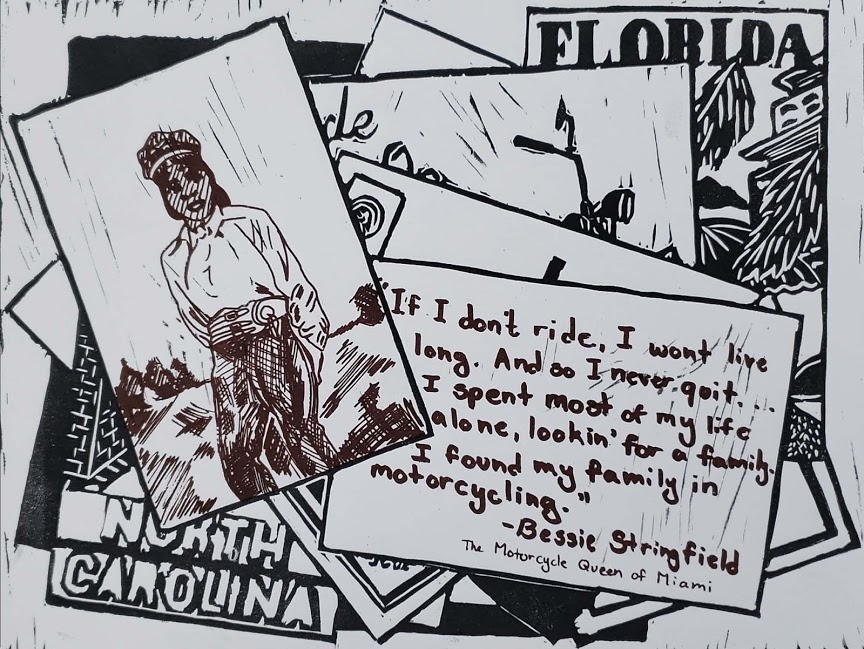 “Riding a motorcycle was essentially her life,” Young said. “She was born in North Carolina, so I did a shoutout to that. She would drive to church on her motorcycle. She was this little old lady. It makes me smile. She decided she was just going to keep doing it.”

“She would deliver mail and protect it from bandits,” Young said. “In every photo of her, she is this big Black woman with a shotgun. She would ride her stagecoach and have her shotgun ready to go.”

Young is in the second year of her three-year graduate program. She is currently working on a series that portrays 19th and early 20th century lynchings and other forms of racial hatred and violence through social media. 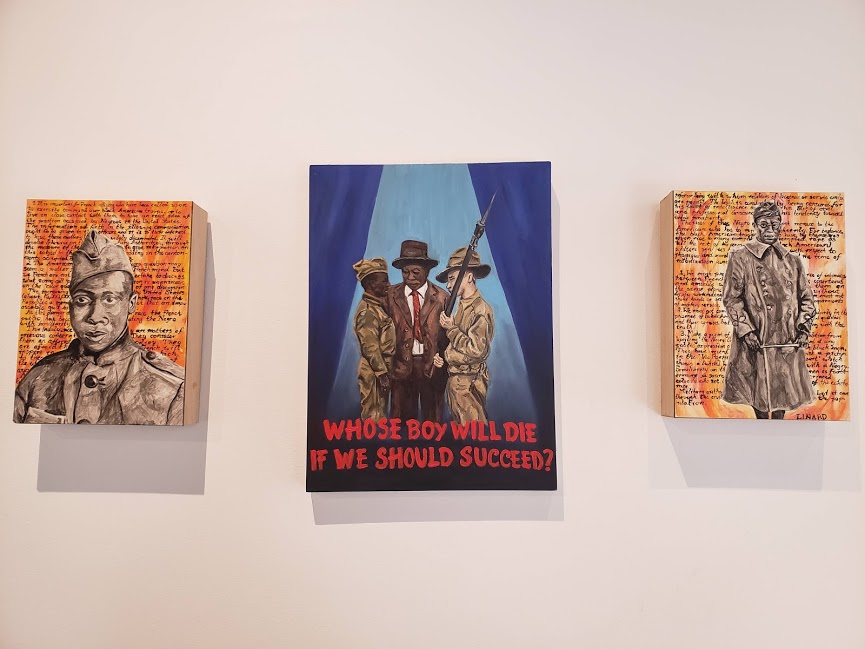 “What if we had social media in the 18th and 19th centuries?” she posited. “If we had had social media then, there is a chance those scenes would have seemed normal to them. We know people were OK with [those events]. Photos of lynchings were mailed all over.”

The on-campus show is scheduled for October. Young said she will post images from the show on her Instagram page @lillife_and_art.

This article is part of an ongoing series of artist profiles made possible through a partnership between Tanglewood Moms and the artist-led nonprofit Art Tooth.