This truth would set Robin Ludwig free, but it would manifest itself through a very unlikely person: William Shakespeare, the Bard of Avon himself. 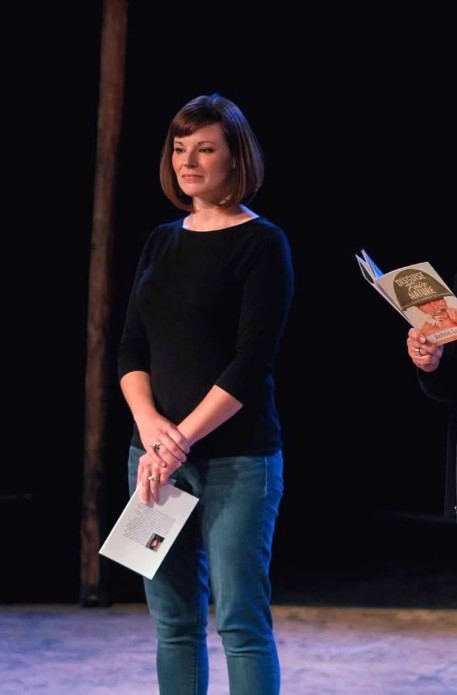 A proud, self-described “military brat,” Master Sargent Ludwig followed in her father’s footsteps and joined the Air National Guard halfway through college. She spent the next 18 years serving in medical services, supporting troops deploying overseas, and in disaster situations like Hurricane Katrina. Through it all, she learned an unspoken, dangerous skill: downplay your trauma.  While Robin’s position didn’t require as much combat training as many service men and women, she witnessed the effects of trauma on her colleagues. Soldiers must be hard-wired to defend with lethal force and neutralize targets. “They use your breath and psychology to respond to threats in a certain way,” she says. “It’s a necessary thing for a job you have to do, but when people leave the military, there’s no undoing of that.” When you add real-life combat trauma to the mix, the mental effects can be profound. According to a 2019 report from the VA, the veteran suicide rate is 1.5 times that of the general population, exceeding 6,000 each year from 2008 to 2017. 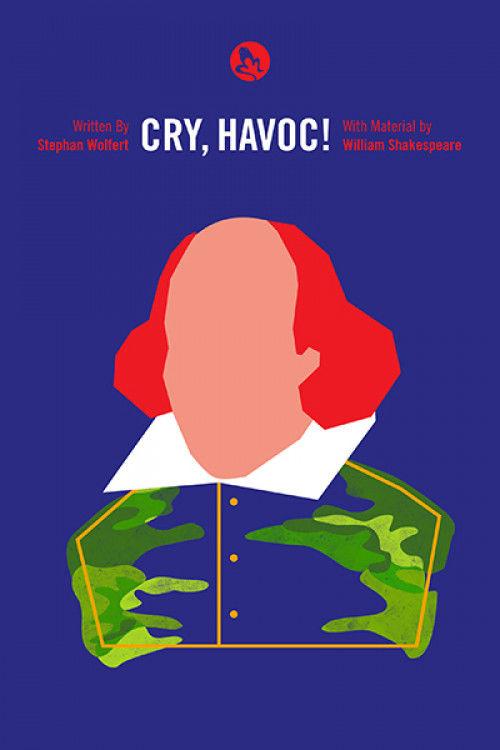 A few years ago, Kathleen Culebro, Executive Artistic Director at Amphibian, went to a New York production of a veteran-written, one-man play, Cry Havoc! The writer and actor Stephan Wolfert (U.S. Army, ’86-’93) combined his personal story of leaving the army and pursuing a career in the arts with Shakespeare’s writings on war. He’s since performed it around the world, and subsequently founded De-Cruit in conjunction with NYU researcher Dr. Alisha Ali, who studies the healing effects of the arts in veterans.

Kathleen brought Stephen’s play to Amphibian and hosted the first De-Cruit workshop in 2018. Amphibian has since expanded De-Cruit to a weekly meeting in the veterans’ pod at Tarrant County’s Green Bay Jail and has plans for four public sessions in 2020. “It’s been a whirlwind,” says Kathleen. “It’s like we opened a door, educated ourselves, and then couldn’t close that door back up because we knew so much.”

The De-Cruit format is simple: about eight to ten veterans gather weekly for about eight weeks. Each participant identifies key words to describe the specific experience of his or her trauma and is matched with a corresponding monologue from Shakespeare. “Shakespeare wrote during a time of war,” says Robin, who spent many of her service years as a high school English teacher. “His characters were veterans. He was also surrounded by military veterans since it was a time of upheaval. He wrote war beautifully.” 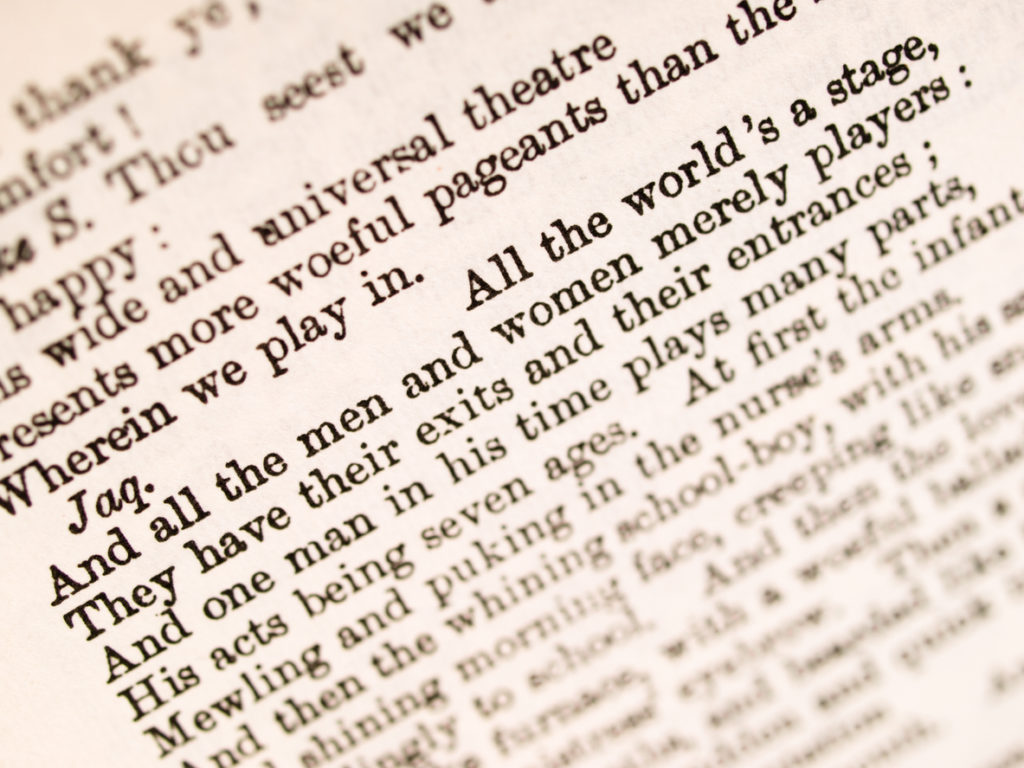 Veterans in De-Cruit are from all branches of the military and run the gamut of service in Vietnam, Iraq, and Afghanistan. Over the weeks, De-Cruiters work on their monologue in partner groups. They also write a personal monologue to reflect their individual experience. Physical training for performance is introduced, which works to de-activate the parts of the brain hardwired for fight-or-flight. “The iambic pentameter matches the beat of a human heart,” observes Robin.

The workshop culminates in a public performance of both monologues in front of veterans’ invited friends and family. According to Robin, the practice of grounding one’s feet on the stage, making eye contact with an audience, and regulating your breath to perform Shakespeare, has transformative psychological power: “You get through it, and it’s a very empowering experience. It allows you to put a period on the end of your life that has up to this point been an ellipsis.”

During her own De-Cruit journey, Robin worked on a monologue from Richard III, in which she was able to declare the iconic line, “Now is the winter of our discontent.” Much like Richard III, who in Shakespeare’s play suffered physical deformity, Robin felt a similar sense of being misshapen: as a woman in the military, she had endured regular degradation, even cruelty, from her male counterparts. Often belittled and humiliated in brutal ways, Robin learned to play along according to an unspoken code of female behavior. “I just took all that as normal,” says Robin. “But you get to a point after 13 years that THAT starts to impact you.” 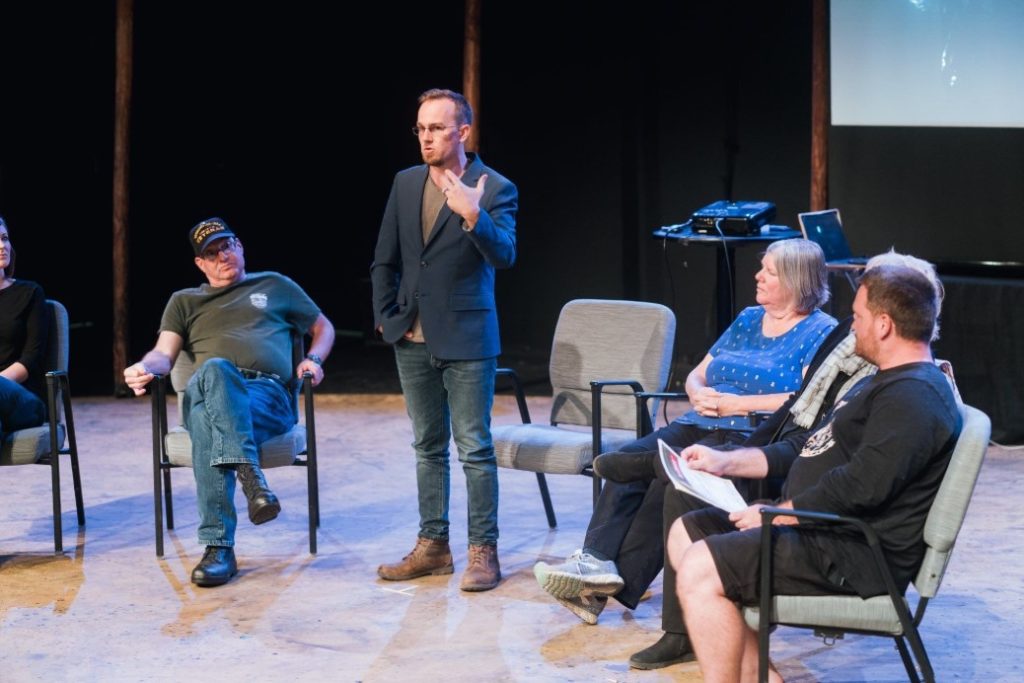 Owning her pain came slowly. After all, she was a well-trained airman who could adapt to adverse situations. It wasn’t until De-Cruit that Robin was able to access her own story in a productive way. “I was proud of my country, but in the midst of that love, there was a pain. [Shakespeare] put words to my feelings I didn’t know I needed justifying.”

To any veteran out there who might be intimidated by a program like De-Cruit, Robin is quick to point out that the program is not meant to be an actor training program, and that you don’t need to have any prior knowledge or education in Shakespeare to benefit. She describes De-Cruit participants having “beautiful ah-ha moments” in the class as they collectively explore the Bard’s immortal words together, despite a wide variety of educational backgrounds and abilities. And, “You don’t have to memorize anything,” says Robin, who is now a co-instructor for De-Cruit. “For those vets who have suffered traumatic brain injuries, memorization may be problematic.” Amphibian has even moved De-Cruit offsite, so vets don’t feel intimidated by being in an actual theater.

Since her experience with De-Cruit, Robin has gone on to author a book of sonnets entitled Disguise Fair Nature: A Military Memoir In Sonnets and is currently working with other female veterans on a project about their experience in the military. In her chapter entitled, “The Saving Grace of Storytelling With Shakespeare,” she writes:

The uniform I wear will never be a burden to me, just as being female will never be a burden. On the contrary, they are sources of my deepest honor. In the words of Shakespeare’s Hamlet, I “bear the whips and scorns of time, / Th’ oppressor’s wrong, the proud man’s contumely,” for those who serve alongside me. I will stand tall among the ranks of thousands of my Camouflaged Sisters; I will carry their standard when they are too tired and weak to continue. I will be a beacon for those who feel lost at sea, drifting alone in dark waters. May my truth bear witness to our shared story of service, and may you find courage to boldly speak your truth. You are not alone. Your story matters.