All You Need Is Love and Milkshakes

In case you’ve missed it, it’s hot out there. I mean, it’s HOT. And while swimming pools and vacations are great, sometimes a milkshake while you run necessary errands is the only way to beat the heat.

Recently, one of our Tanglewood Moms asked for the group’s favorite milkshakes, and the group, as usual, came through with some delicious recommendations! We’ve gathered them here and included the recipe for an adult milkshake that our editor created for a Facebook Live event we hosted for International Women’s Day in 2017. So let summer’s sun bake the land. We’ll be cool all summer long! 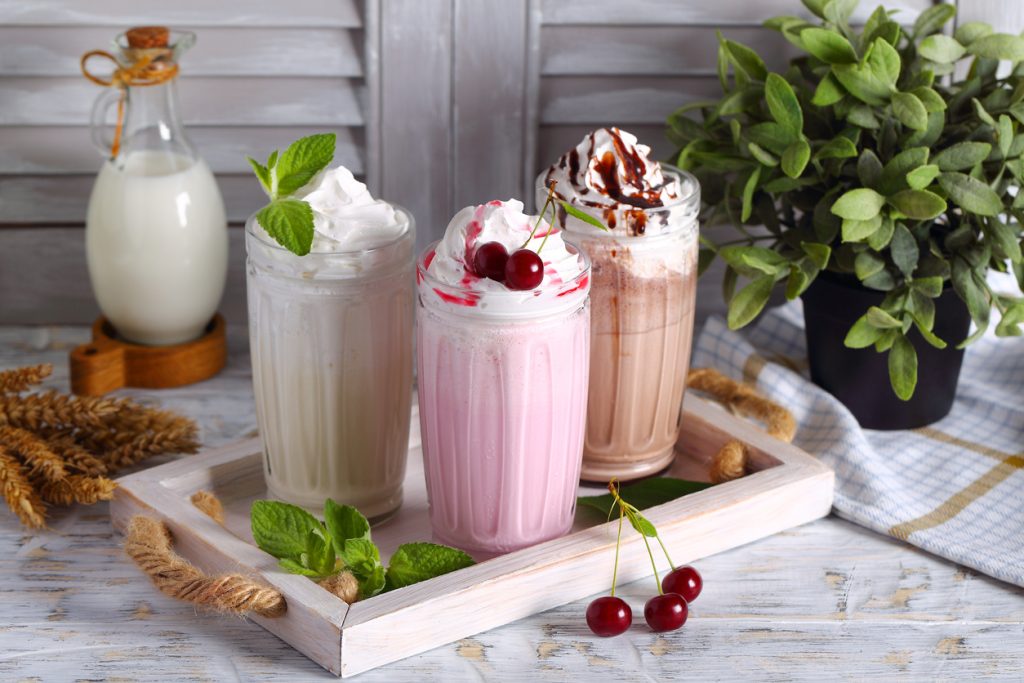 And, as promised, here’s the recipe for the adult milkshake. It’s a salted caramel milkshake with bourbon, garnished with candied bacon. Our editor named it The Victoria because Victoria loved it so much! 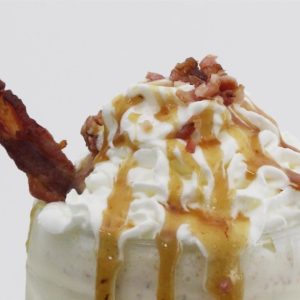 Ingredients
12 slices of applewood smoked bacon
½ cup light brown sugar
¼ cup pecan pieces, chopped (optional)
2 pints salted caramel ice cream or gelato
6 shots bourbon
Enough milk to smooth out the milkshakes
Directions
To make the candied bacon, preheat the oven to 350° F. Place a sheet of parchment on a baking sheet, and arrange the bacon slices on it. (You can do this in two batches, depending on the size of your baking sheet.) Sprinkle the bacon slices with the brown sugar and pecans, if using. Top with another piece of parchment paper and another baking sheet. This will allow the bacon to cook without curling up! Bake for approximately 20 minutes, checking the bacon occasionally. You want the bacon to be crispy and the brown sugar to be melted, but you don’t want to burn the brown sugar. When it has cooked, remove the bacon from the oven and allow to cool. This can be made ahead and stored in an airtight container on the counter for up to 12 hours.
To make the adult milkshake, dump the ice cream or gelato and the bourbon into a blender and blend. Add the milk a little bit at a time until the milkshake reaches the desired creaminess. Serve the milkshakes with a couple of slices of the candied bacon and a straw! Of course, you can leave out the bourbon to make these more child friendly. Makes 6 servings.

As Determined by Tanglewood MomsMilkshake