I have major depressive disorder.
(Stay with me. This is actually a book review.)

My symptoms, which are reasonably well-managed with medication coupled with talk therapy, include fatigue and insomnia, a preoccupation with my perceived failures, an inability to experience pleasure in almost everything, an over-awareness of my faults, poor concentration, trouble with short term memory, and irritability. My depression is coupled with generalized anxiety disorder, obsessive-compulsive disorder (I’m a counter), and predominantly inattentive attention deficit hyperactivity disorder. I’ve rarely had suicidal ideation, but when it occurs, I have no suicidal intent because, quite honestly, when I get depressed enough to consider suicide, the thought of everything I would have to do before just exhausts me.

Now that we’ve gotten my bona fides out of the way, let me tell you about a book I have just finished. 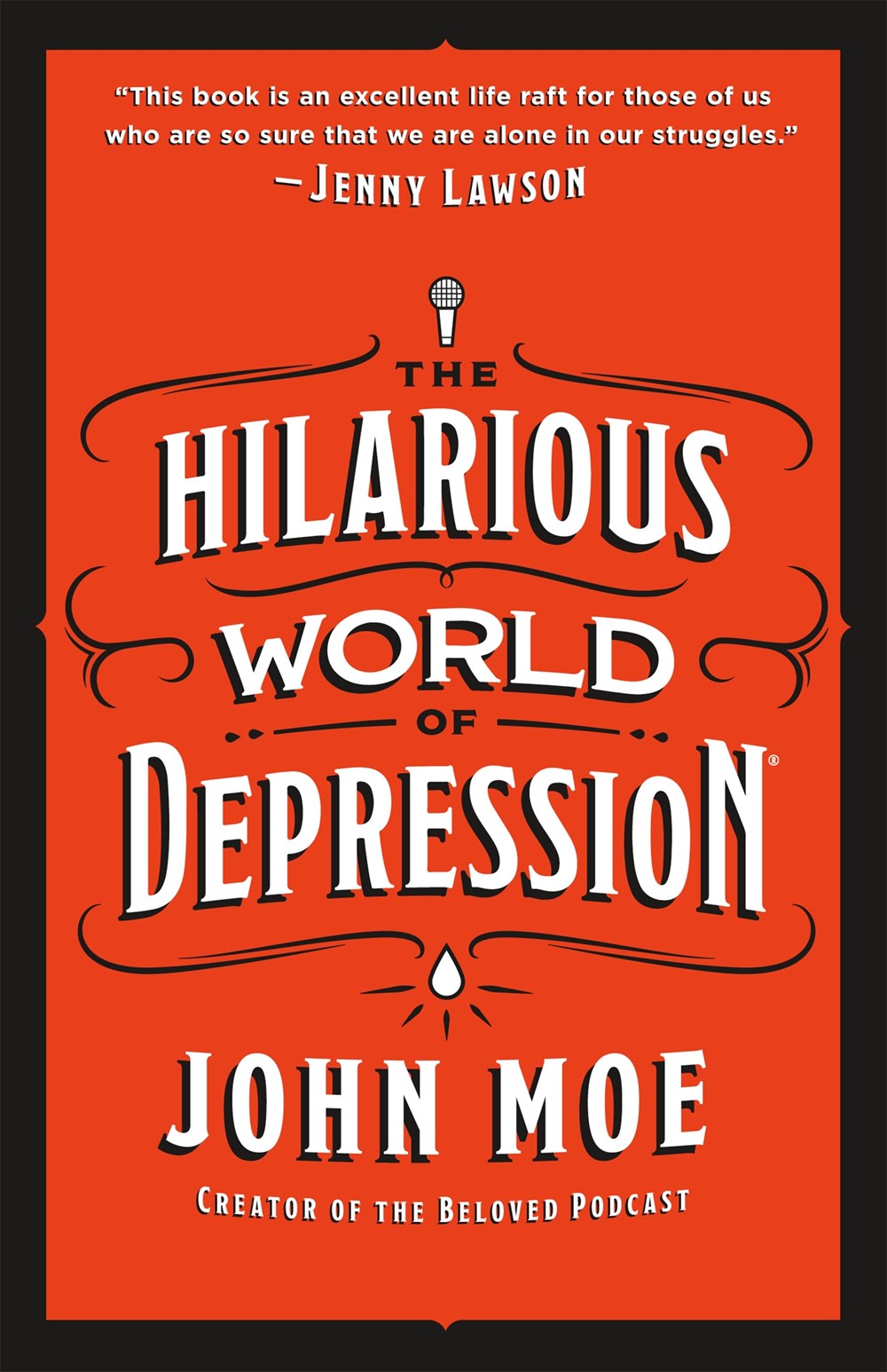 The Hilarious World of Depression, written by John Moe and based on his award-winning podcast of the same name, pulls major depressive disorder out of the shadows that it loves and shines a spotlight on it. In the podcast, Moe interviewed entertainers about their experiences with major depressive disorder. The book includes stories from the podcast, as well as Moe’s own experiences with depression.

I first came across John Moe through a tweet about suicide awareness and prevention that a friend had retweeted. Like me, Moe lost a sibling to suicide. Like me, he is very vocal in his belief that the more we talk about suicide and mental illnesses, the more the stigma around them crumbles. When I first listened to the podcast, I was amazed that his guests, popular and successful people, struggled with the same things I struggle with. There was an immediate identification which was a validation that was extremely comforting. Here was proof (that intellectually I didn’t need but that my depression needed) that I wasn’t alone.

This book is yet more proof that depression is a liar. If you have major depressive disorder, you will find yourself saying, “YES! EXACTLY!” This book, while it may not offer any earth-shaking revelations for people with depression, will certainly make you feel less alone.

A little aside here for people who don’t have depression: depression isn’t just feeling low. Anyone who hasn’t experienced it cannot understand the extreme depths of pain, guilt, and shame that depression brings. Dr. Craig Bowron, in describing depression, says, “Many of us see a depressed friend sitting in the dark and think they need a new light bulb, when the problem is that the power lines have been severed.” It is a chronic, physical condition, much like lupus or diabetes, and it is debilitating.

The book’s tone of gentle humor, coupled with its unflinching yet hopeful honesty isn’t off-putting, and it offers insight into the abyss. In fact, it’s a great book for those who don’t suffer from depression. I’ve given it to several friends who don’t suffer from depression, and each one of them has come away with a deeper understanding of and more empathy for what their loved ones fight with every single day.

While this book may not be everyone’s idea of a light read, I think it’s a necessary one. Major depressive disorder, like other mental illnesses, is a real disease, and right now there is not cure. Yes, the brain is still a medical mystery, and mental illnesses are not well-understood. However, anyone who has depression will tell you that depression is real. It cannot be “thought away” any more than one can think away other chronic diseases like cancer or rheumatoid arthritis. This book does a beautiful job of explaining that, and I recommend it for everyone. 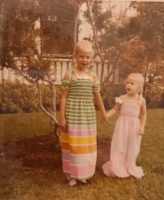 Lee Virden Geurkink (seen here with her late sister, Rachel) hopes that by standing up and admitting in a very public forum that she has major depression, others might change the way that they view mental illness and that some of the stigma attached to mental illness will crumble.