Widowed ex-NYPD officer Walter “Pops” Washington is under a lot of pressure.  What with a long-running lawsuit, a landlord who wants him out, and a motley extended family, he’s about at wits’ end. Is it possible to find a way through so much life debris and keep your sanity?  That’s the question addressed in Stephen Adly Guirgis’s brilliant Pulitzer Prize winner Between Riverside and Crazy, which begins a 4-week regional premiere run at Stage West on Thursday, August 18.

Several years ago, Pops was shot by a fellow officer while off duty in a bar in an incident he claims was racially motivated, prompting him to sue for a very large amount.  He’s living in a spacious, but rundown, rent-controlled apartment on Riverside Drive, along with his recently paroled son Junior, Junior’s possibly pregnant girlfriend Lulu, and recovering addict Oswaldo.  But now his landlord is threatening to have him evicted, and the department is willing to go to serious extremes to get him to settle the lawsuit.  And Junior may be up to his old ways again. Pops is made of strong stuff, but can he survive the forces pulling at him from all sides and find some kind of redemption?

As it happens, he’s about to experience a revelatory visit from a mysterious guest which will change everything. The story of this cantankerous and stubborn, but also generous and funny man, is sure to touch audiences, and stay with them long after the curtain comes down. 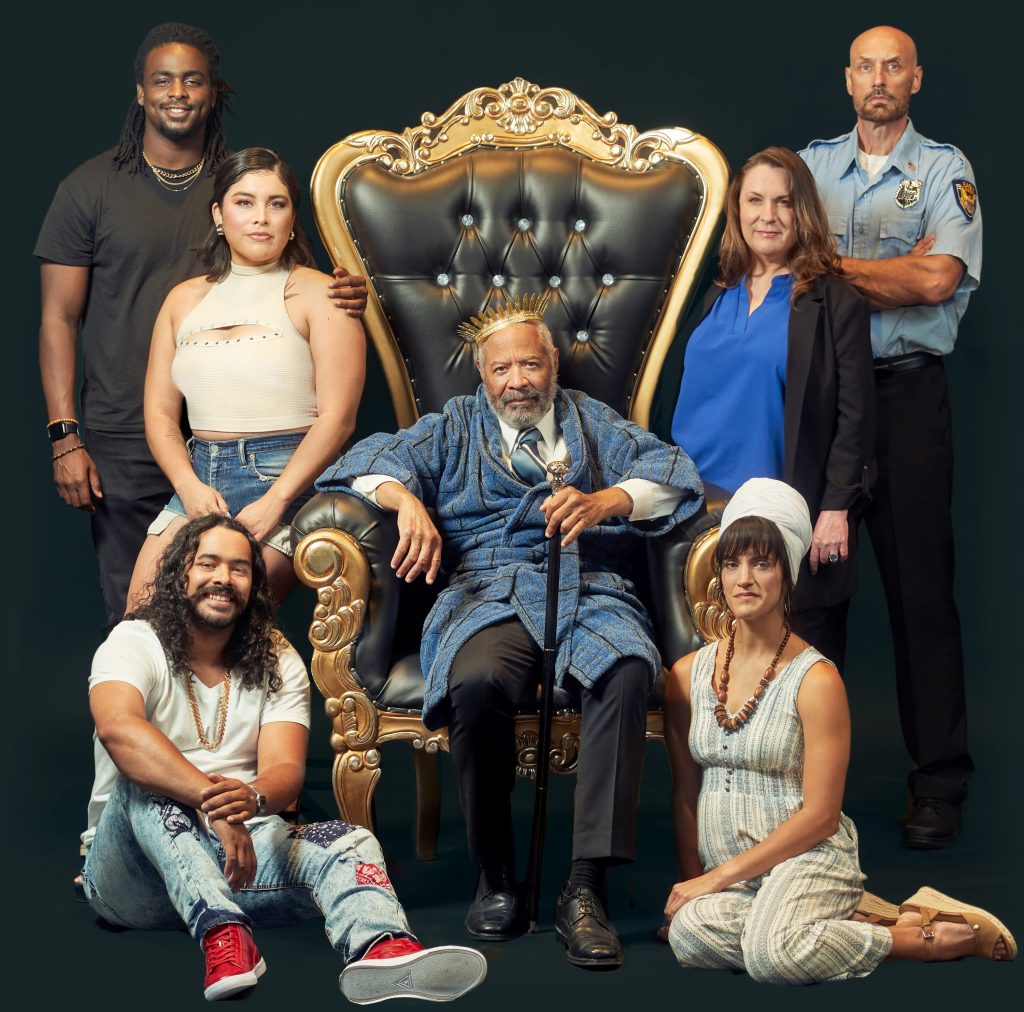 “Dizzying…both utterly believable and not to be believed for a second.” – New York Times

Stephen Adly Guirgis is a longtime member of NYC’s LAByrinth Theater Company. His plays have been produced on five continents and throughout the United States. They include: the extended, sold-out run of The Last Days Of Judas Iscariot, Our Lady of 121st Street (named one of the ten best plays of 2003; Lucille Lortel, Drama Desk, Outer Critics Circle Best Play Nominations), Jesus Hopped The A Train (Edinburgh Fringe First Award, Olivier Nomination as London’s Best New Play, Barrymore Award, “Detroit Free Press” Best Play Award), and In Arabia We’d All Be Kings (Ten Best of ’99, “TimeOut New York,” critics pick, “TimeOut London”). All four plays were originally produced by LAByrinth, directed by Philip Seymour Hoffman, and are published through Dramatists Play Service and by Faber & Faber. Stephen was awarded a 2004 TCG fellowship, attended the 2004 Sundance Screenwriter’s Lab, was named one of the 25 New Faces of Independent Film by “Filmaker Magazine,” and appeared in “Entertainment Weekly’s” 2005 Summer Must List. He has received new play commissions from Manhattan Theater Club and South Coast Rep, is a member of New Dramatists and the MCC Playwright’s Coalition, and has contributed to “ESOPUS” magazine. Television writing credits include NYPD Blue, The Sopranos, David Milch’s CBS drama Big Apple, and Shane Salerno’s NBC drama UC: Undercover. As an actor, he has appeared in Brett C. Leonard’s Guinea Pig Solo, produced at the Public Theatre in New York, and played leading roles in Todd Solondz’s Palindromes, and Brett C. Leonard’s award-winning Jailbait, opposite Michael Pitt. Currently, he is developing a project with Mos Def and HBO, and is writing his first feature film for Scott Rudin Productions, to be directed by George C. Wolfe. He lives in New York City.

Between Riverside and Crazy will be directed by Ruben Carrazana, seen at Stage West in Lungs.  The cast features Tyrees Allen, who played this role for Boston’s SpeakEasy Stage Company in 2018; he was previously seen at Stage West in Lips Together, Teeth Apart, A House with Two Doors Is Difficult to Guard, Fences, and Driving Miss Daisy.  Former NYPD partner Audrey will be played by Merri Brewer, who was seen as Ruth in Stage West’s Blithe Spirit, with Jim Jorgensen, last at Stage West as the Orderly in Holmes and Watson, as her fiancé Lieutenant Caro.  Making their Stage West debuts will be Irwin Daye as Junior, Hannah Valdovinos as Lulu, Tomas Moquete as Oswaldo, and Vanessa DeSilvio as the Church Lady. 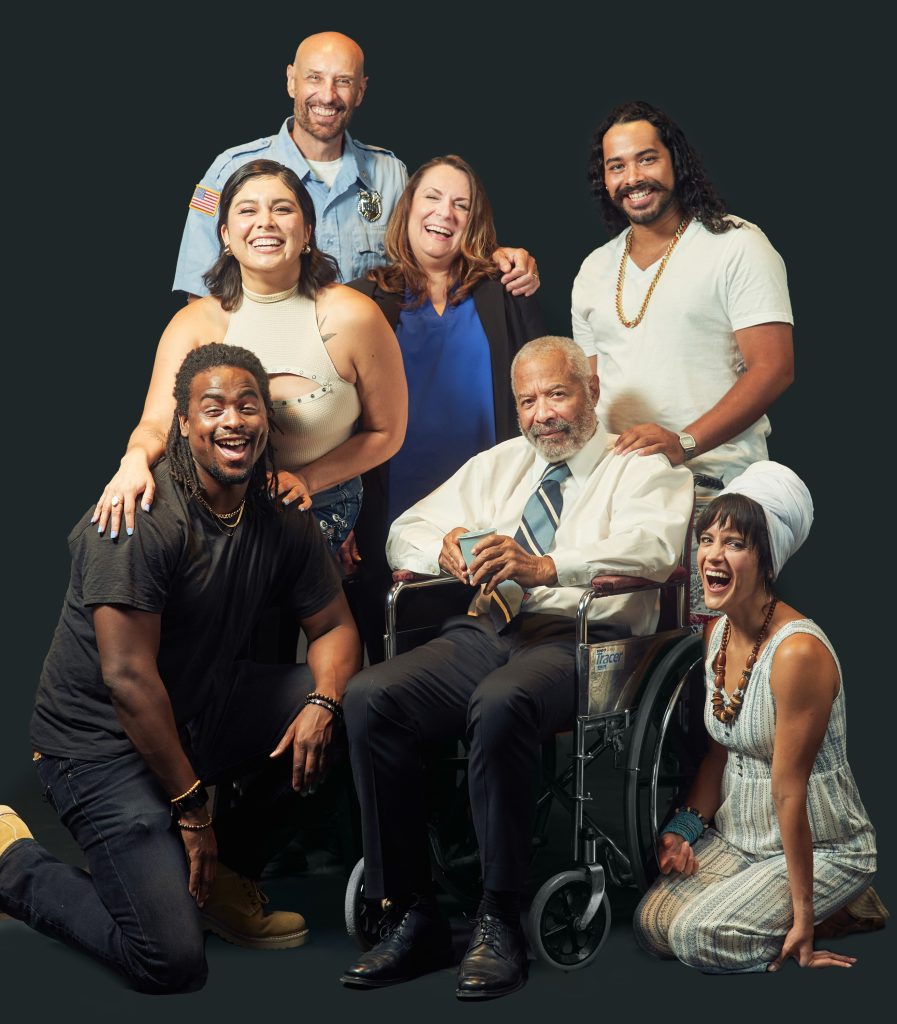 Between Riverside and Crazy will preview Thursday, August 18 at 7:30 and Friday, August 19 at 8:00, and will run through Sunday, September 11.  The opening night reception will be after the performance on Saturday, August 20. Performance times will be Thursday evenings at 7:30, Friday and Saturday evenings at 8:00, with Sunday matinees at 3:00.  All Sunday performances are Safe Sundays, with proof of vaccination required. Masks are optional at this time. Ticket prices are $40 on Thursdays and Fridays, and $45 on Saturdays and Sundays, with $20 tickets for the two preview performances.  Food service is available 90 minutes prior to performances (reservations are advised).  Reservations and information are available through the Box Office (817-784-9378), or on the website, www.stagewest.org.  NOTE: this play contains strong language and adult situations.