A Cultural Mission Without Walls

The halls of the Amon Carter Museum of American Art were echoing with the sounds of excited students when I arrived to meet Jessica Fuentes, the museum’s manager of school and community outreach. Fuentes guided me upstairs to show me how a new community-minded project — the Carter Community Artists — is connecting visitors with four local artists in new and unique ways. 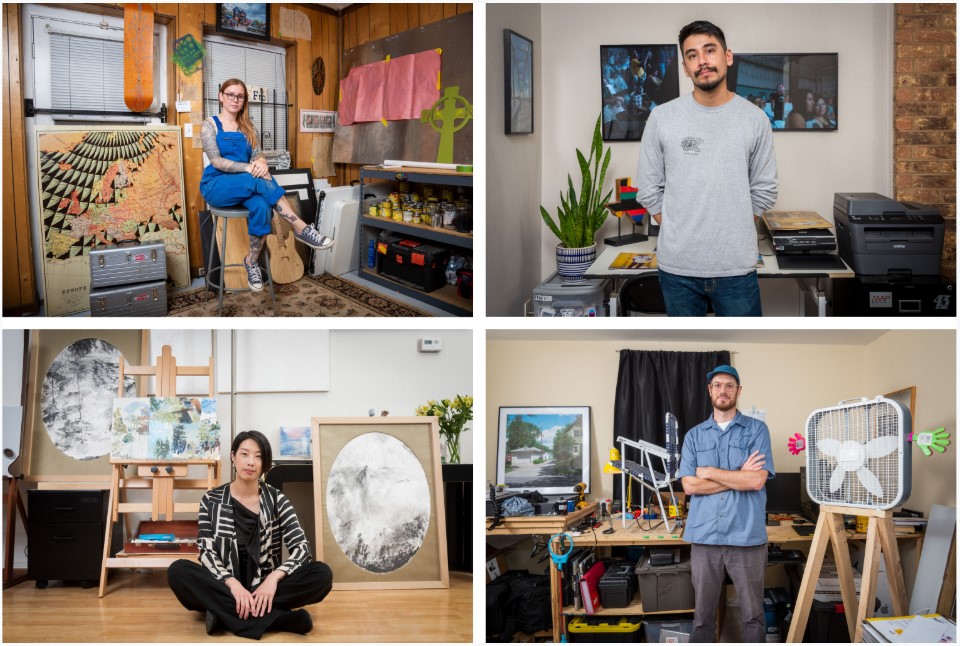 Standing near Louise Nevelson’s Lunar Landscape, Fuentes described how the sculpture (which consists of discarded objects that are combined into a black, monolithic structure) inspired Carter Community Artist Blake Weld to highlight the work for the museum’s Fresh Voices Art Discovery Guide. The triptych brochure is available free of charge to visitors. Weld’s back page includes a personal message about the work.

“It becomes a humbling act to see the beauty in the discarded. I value artists who challenge the way art is made and the types of materials that are used — something that I consider in my own practice,” Weld wrote.

As we traipsed by a crowd of students who were gazing up at an enormous confetti-laden mural by artist Justin Favela, Fuentes described the museum’s already large and growing education program that she and director of education Amanda Blake manage.

“We see over 20,000 school students each year,” Fuentes said. “We have gallery teachers who lead the school tours that you see. They are professional educators, and many of them have experience in the classroom.”

When Fuentes and Blake joined the museum’s education department two years ago, they began advocating for resources to reach beyond the museum’s walls and into communities throughout Fort Worth. The museum’s leadership agreed and began hiring staff for a community outreach team. 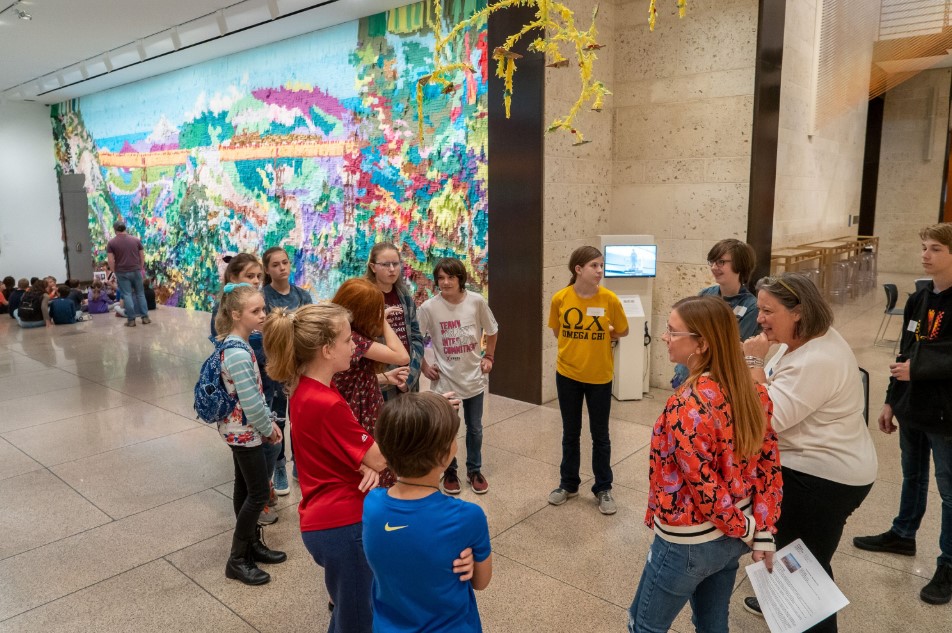 Historically, the Amon Carter’s outreach efforts had focused on having a presence at large outdoor festivals and events like Mayfest and the Dia de Los Muertos Festival at the Rose Marine Theater. Last year, the Amon Carter partnered with eight schools and community centers and visited each group seven times throughout the year. This year, the outreach program has doubled to reach 16 schools and community groups.

The Carter Community Artists, which recently announced four new artists, is a natural outgrowth of the museum’s revamped efforts.

Last year, Christopher Blay, Lauren Cross, Diane Durant, and Arnoldo Hurtado were chosen for the inaugural class of community artists. Fuentes said those artists were chosen both for their varied artistic mediums and experience working with the Amon Carter. There are many similarities between how the program’s first year went and how the second run will look, Fuentes said.

Many of the projects are developed collaboratively between museum staff and the guest artists. Workshops, lectures, original content for new literature, and neighborhood block parties were just a few of the events that the Carter Community Artists held last year. 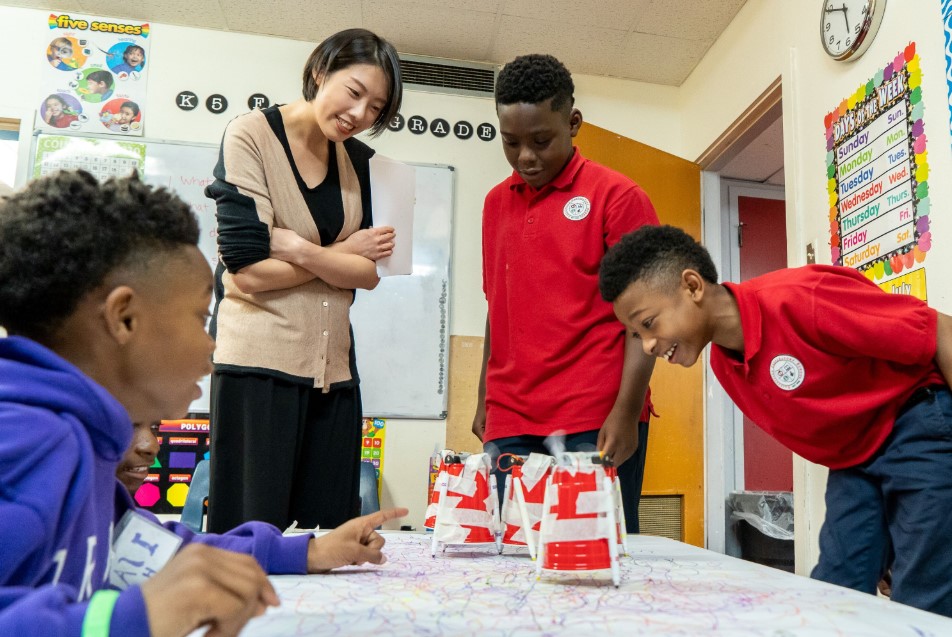 Fuentes said the first run included around 50 events that reached 2,000 adults and children last year. This year’s crop of artists was chosen from over 20 applications.

The museum staff “sat down and sifted through the applications and came to a consensus,” Fuentes said. “Some of the things we look for are artists who are working in diverse media. We don’t want to end up with four photographers. We wanted four perspectives. And then we were wanting to work with artists whose process related to some of the exhibitions so they may be able to add an extra layer of insight.”

Beyond Weld, Sarah Ayala, Raul Rodriguez, and Lingchia Tsai were chosen to represent the museum as community artists this year. Every hour that the artists spend organizing, planning, and working through the program is paid for. Tsai works through a wide variety of mediums. “Her paintings are typically landscapes,” Fuentes said. “She talks about how her paintings are inspired by Chinese philosophy. Lingchia is a big part of our school outreach programs.”

I reached out to two of the artists to learn more about the programs from their perspectives. I frequently run into Rodriguez in the community. He is an active photographer and the founder of Deep Red Press, a blog that features artist profiles and reviews. Rodriguez pitched the idea of taking students into the photojournalistic world of photographer Gordon Parks. 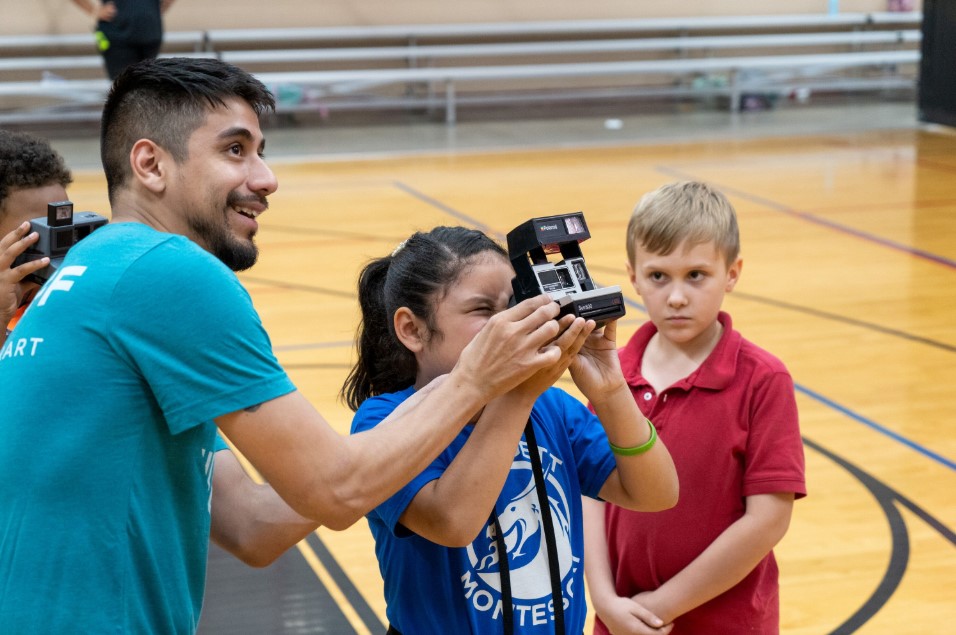 “I had students take pictures that were inspired by his works,” Rodriguez said. “We encouraged the students to use basic photographic techniques like the rule of thirds.”

Parks used his camera to tell the stories of people who came from all walks of life. To mimic that journalistic approach, Rodriguez had the students approach gallery attendants for informal interviews.

“I came up with the idea to approach the gallery attendants and ask them questions,” Rodriguez said. “Some of the questions were, ‘How did you get started working here?’ and ‘What are your hobbies?’”

Rodriguez is planning upcoming workshops. One takeaway from the program has been an increased awareness of how much work the staff of large institutions like the Amon Carter put into serving their community.

“These programs are impactful, and it takes time to put them together,” he said. “They are extending themselves outside the institutional walls. Having a museum that goes out into the community to provide after-school programs says a lot.” 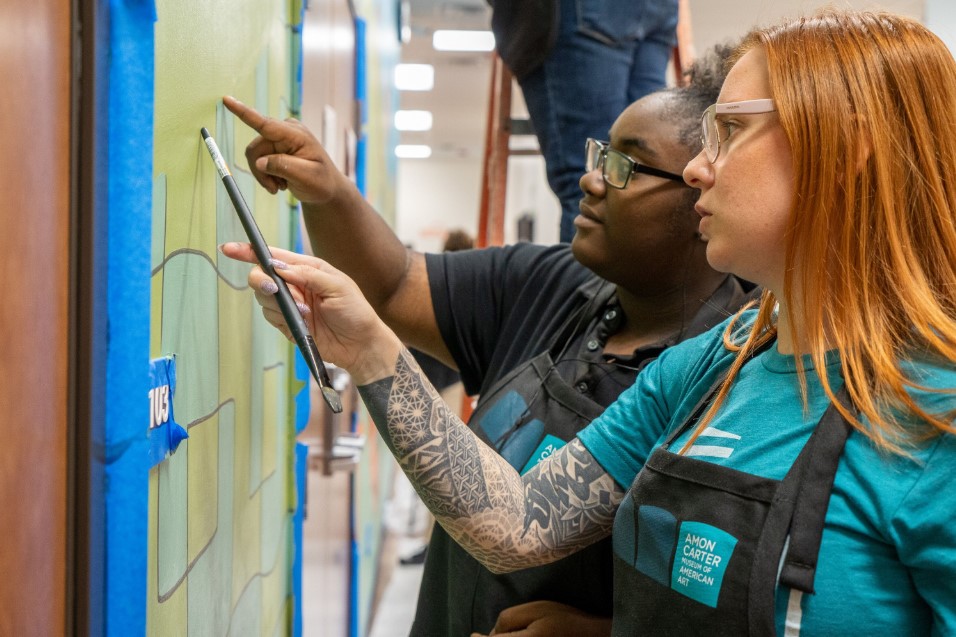 Sarah Ayala recently wrapped up a mural project at the Fort Worth Can Academy on East Lancaster. Working with an underserved community meant addressing how museums are often perceived by individuals from lower socio-economic backgrounds.

“A lot of people feel like they don’t have access to those museums,” Ayala said. “They did not grow up going [to these institutions]. It was nice showing them that the Amon Carter is free and accessible. I could see their fears turning as they must of thought, ‘Oh, I can come to this museum. Talking about Georgia Totto O’Keeffe’s works when mostly men were artists was poignant because they were all girls.”

Many of the girls expressed interest in pursuing careers as professional artists. Ayala gave them practical tips, like how to market themselves. Many of the girls were encouraged to know that a career in the arts does not necessarily require a college degree. Ayala said that when she told the students that she had never finished college, many of them felt relieved to learn that there was now one less barrier between them and their artistic aspirations.

To complete the mural project, Ayala worked with the students at the museum and their school. The idea was to incorporate elements from the Amon Carter’s collection into the mural project. After honing sketches, the painting of the mural began in mid-December at the charter school. 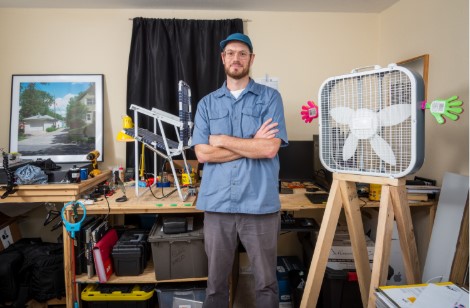 “We painted for several days straight,” Ayala recalled. “It was a fun project. There was a lot of excitement [at the school] because we were painting.”

Ayala said the program has been a moving reminder of how rewarding it can be to work with younger artists.

“I see myself in so many of them,” she said “and I could see how easily my life could have turned out differently if I hadn’t become an artist. It feels great to nurture that appreciation in other people. Being an artist is not just something I do. It’s how I think in everyday life. Thinking creatively goes into every aspect of my life nowadays.”

Fuentes sees those moments of connection as beneficial for the community artists and the students.

“We are always trying to find ways to get students in touch with the artists we are working with,” she said. “Students think art is something that happened a long time ago and that it doesn’t happen here in Fort Worth.”

Changing that narrative by connecting professional artists with Fort Worth’s next generation of muralists, painters, and sculptors is just one of the goals of the Amon Carter’s newest educational program.