Behind Beneath: A Sneak-Peek of a Scrappy Show-in-the-Making 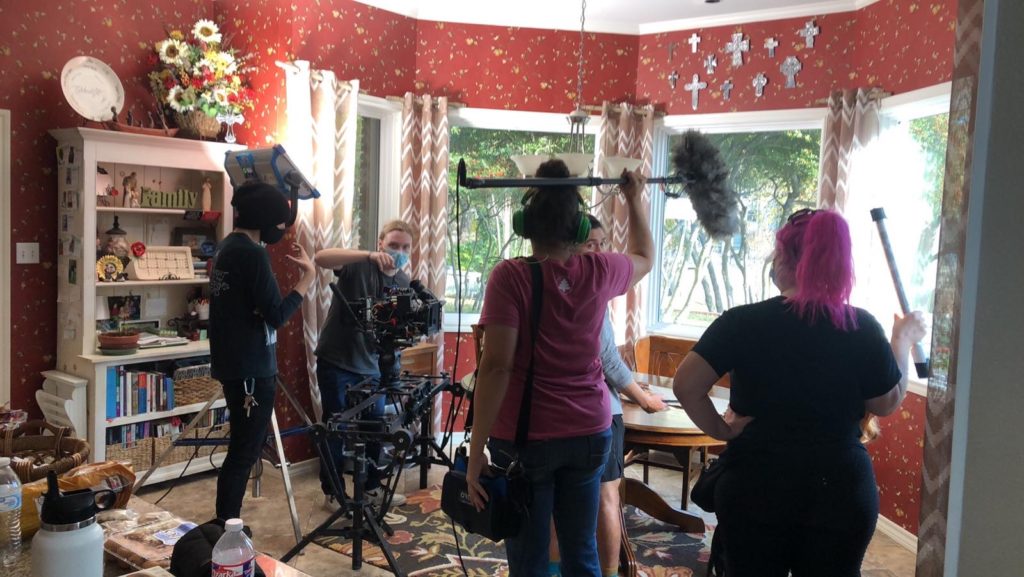 I do things like “show up to the carpool line, late.” As a theater actor for most of my life, I find my occasional film gigs feel like family reunions where people look vaguely familiar, but everyone is awkward around the guacamole. Except, unlike family reunions, on a film set you might have to scream at, kiss passionately, or otherwise breach social codes with strangers at any point on a given day. In the theater, you get at least three weeks’ rehearsal to warm up for these things. It’s a weird deal, but I’m not complaining.

About a year ago, I booked a role on a TV series in development to pitch to major streaming networks. Working title: Beneath the Trees. It’s a psychological thriller set in a fictitious West Virginia town where teenage girls have been disappearing since 1990, but now a high school freshman is taking it personally. Is there a killer? Or just a kidnapper? Could this sociopath be her neighbor, and could the next victim be her best friend?

Producers Jason Zimmerman and Gina Anne, of Dallas-based Blue Knight Entertainment, have been developing the series for several years now and were just on the cusp of mounting a crew and shooting before COVID struck.

Without an official contract from a streaming service, the plan was to put together a series trailer that could be shopped around in the hopes of the show getting picked up by a major network/streaming network and produced with a bigger budget.

Enter COVID, which made scheduling and safety concerns almost as dramatic as the show’s plotline. Shoot dates for November 2020 were finally established with COVID protocols in place.

I’m playing the role of Shannon, a mom caught in an abusive marriage as she tries to shield her daughter from her husband’s unpredictability and violence — so, you know, a really happy-go-lucky kind of gal — and have been pondering her backstory and feelings towards her daughter and husband since 2019. So when I finally “showed up to set”, I was, let us say, full of Many Feelings. Except for a few meetings, I had not had much interaction with Ella Morrow, my “daughter” Taylor, or with Michael Wagemann, my scary “husband” Danny, who is, in fact, the nicest guy you’ve ever met. (And a firefighter to boot.) Then the director, Cruise Sztamenits, called “Action!” and the tears began streaming down Ella’s face. She was magic. And just like that, we were off. 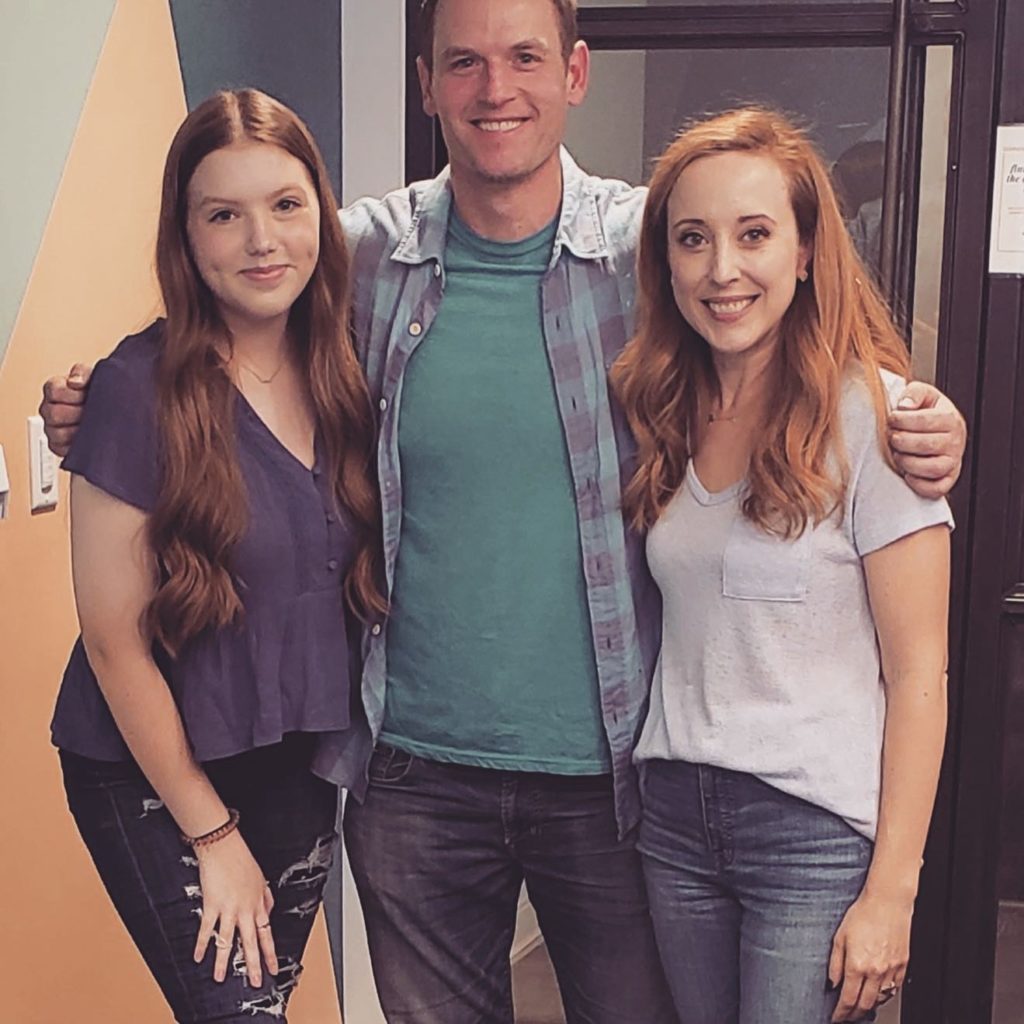 The next sequence to shoot was a hostage scene with real guns. A blue-haired member of the crew methodically went around to each actor demonstrating the empty chambers in the barrel of the shotgun and in the magazine of the handgun so we could officially give our consent, in front of God and man, to having these things pointed at us. (Side note: as an actor who hates props in general because I was apparently born to mime, this happily fueled the fear I needed for the scene.)

Writer/Producers Jason Zimmerman and Gina Anne met in a writing workshop, where they began developing the original concept for Beneath the Trees. Jason’s major in college was law enforcement but when he discovered acting his sophomore year, he was hooked. He now says that “pretend is better” when it comes to murderers, investigations, and crime. Gina Anne taught music for 25 years and holds a counseling degree, both of which have been helpful in fleshing out the psychological world of teenagers for a show.

The trailer will likely be finished by the time you read this, and then comes the even harder part: selling the idea to the big boys. Jason and Gina have already overcome many hurdles just to have gotten to this point, and they’re not giving up any time soon. “We’ve invested too much into the story to just let it go,” says Jason, to which Gina adds, “And a good story sells itself.” They’re banking on the ravenous demand for streaming service content which has skyrocketed in the wake of the pandemic, and the marketability of the concept itself, which feels like a mash-up between Stand By Me, Breaking Bad, and Scream. 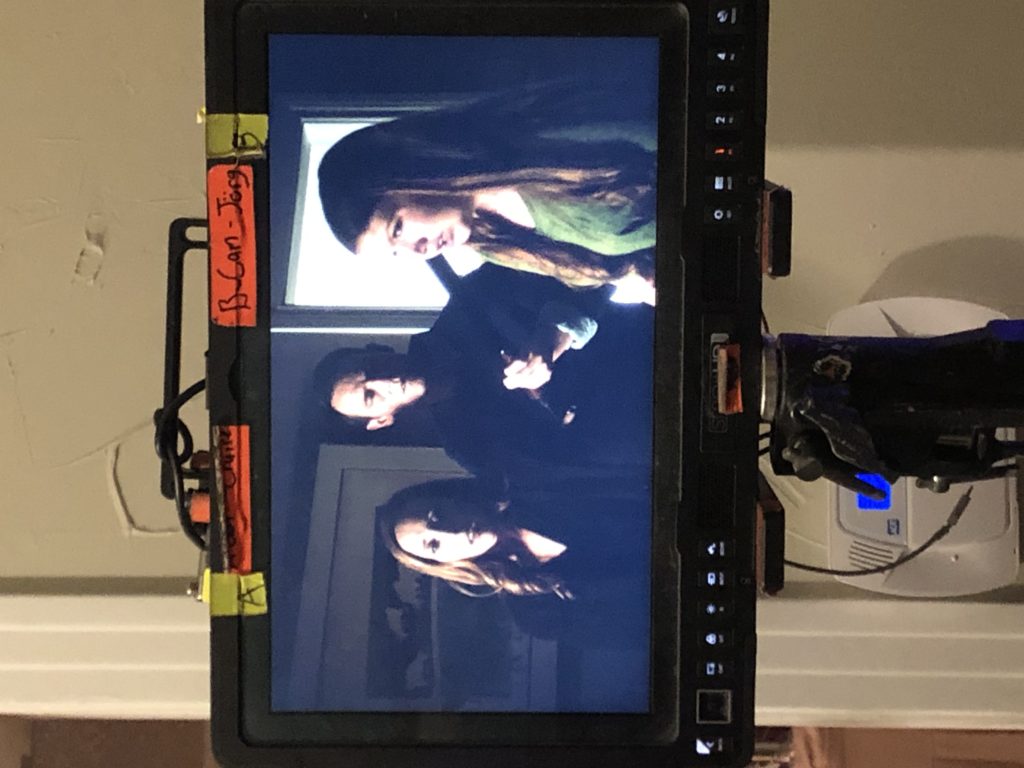 I, for one, appreciate the work. My first love theater has been all but decimated since 2020, and the changing entertainment ecosystem is hurtling me on a wild, circuitous journey, as it has all artists everywhere. I take nothing for granted. I stand amongst the strangers, the guns, and the guacamole, and I smile.