Renowned Artist to Build Sculpture in the Botanic Garden

The Fort Worth Botanic Garden | Botanical Research Institute of Texas (FWBG|BRIT) welcome nationally acclaimed artist Patrick Dougherty during the month of February as he weaves, twists and shapes a one-of-a-kind Stickwork sculpture in the Fuller Garden.

As he has done many times before at many other locations, Dougherty will take the sticks and aided by a team of volunteers, weave, wind and twist them into—what? Who knows! A hut, a nest, a cocoon, a tower, a maze—whatever Dougherty wants it to be. One thing can be certain: The resulting creation will be as unique as the Garden and as rooted in the landscape of Fort Worth, Texas.

“We are delighted to have Patrick Dougherty bring his distinctive form of outdoor installation art to Fort Worth,” said President and Executive Director Ed Schneider. “I can’t wait to see what he creates here—it’s sure to be unexpected.”

Dougherty’s stick-based art works have been featured in more than 300 locations around the world, from Japan to Belgium, and were described by the New York Times as “startling” and “delightful.” For the first time, he is bringing his art to Fort Worth. He will begin creating his structure on Feb. 1 and work through the month. Visitors are invited to view Dougherty and his team of volunteers as they work. 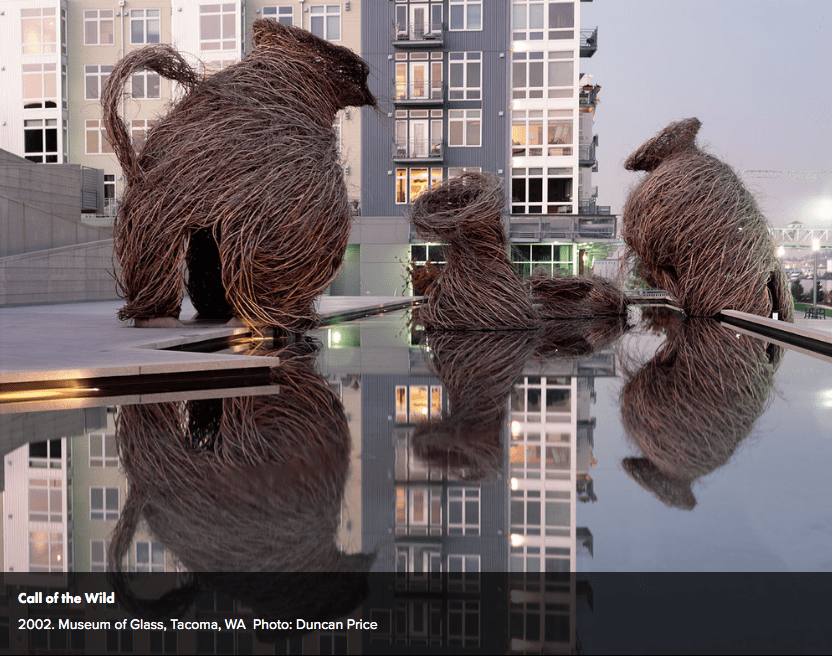 Once it is completed, the Stickwork, whatever it might be, will remain in the Garden for guests to explore for as long as it survives the wind and weather. Eventually all of Dougherty’s works return to the nature from which they came, usually lasting a year or two.

In 2014, Dougherty told CBS Sunday Morning what he wanted people to experience when they viewed his work: “I want people to feel the sense of exploration. You’re in another place. You’ve been transported through the forest garden back to the Garden of Eden.”

Look for one stick-built doorway to delight, ascending in Fort Worth soon.  [Sculpture exhibit viewing included with the price of general admission. Members receive free entry.]