The November/December issue of Madeworthy is always all about food, holidays, and celebrations. For our Taste of Joy issue’s Fort Worthies, we decided to celebrate new food ventures that recently opened in 2022. 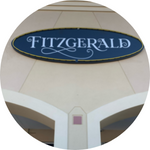 Inspired by the delicious seafood of the Gulf Coast, Fitzgerald in the Village at Camp Bowie has already garnered great reviews and a loyal following. With gloriously fresh seafood and a chef-curated wine list, Fitzgerald is every seafood lover’s dream. Not a fan of fish? They have you covered with Cheshire pork and Waygu steaks. Check out Fitzgerald’s recipe for Crawfish Macaroni and Cheese on page 6 in our Fresh Family Recipes.
Fitzgerald
6115 Camp Bowie, Suite 104

In a renovated storefront on Magnolia Avenue, The Beast & Company serves food that they describe as globally inspired with Southern roots. Taking dishes traditionally thought of as resolutely Southern, Chef Michael Arlt teases out the roots of the dishes, pairing collard greens with coconut and hummus with benne. Owner Dustin Lee left his hometown of Midland and a good job with an oil and gas company to come to open The Beast & Company. We’re glad you did, Dustin!
The Beast & Company
1010 West Magnolia Avenue

After the success of The Table Market in the Near Southside, Chef Dena Peterson Shaskan of Mockingbird Foods and Trent Shaskan of Icon Breads opened 3rd Street Market in Sundance Square. Described by the Shaskans as a “marriage of bread and soup,” the 3rd Street Market is a local market with fresh, local produce, Chef Dena’s soups, wine and beer, Trent’s delicious sourdough breads, as well as breakfast, lunch, and wine and charcuterie in the evenings. In addition, you can get cold pressed juices from Squoze Juicery and sweet treats from Libos Dulceria.
3rd Street Market
425 West 3rd Street 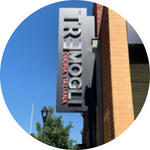 Chef Stefon Rishel and his partners in the Trident Restaurant Group have established themselves as mainstays of the Fort Worth dining scene. In their first two restaurants, Wishbone & Flynt and Parker County Ice House, Rishel’s menus riff on traditional American cuisine. (Duck fat burgers, anyone?) However, in the newly opened Tre Mogli Cucina Italiana, family style Italian classics are center stage, with simple preparations highlighting the best ingredients. With a warm, inviting dining room and not one, but two bars, Rishel and Trident hope you come and stay a while.
Tre Mogli
401 South Main Street 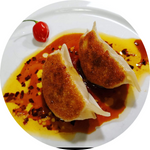 With a menu devoted to delicious dumplings and delectable street food, The Pantry Fort Worth is a hit in the Near Southside. Fellow Trimble Tech teachers Natasha Bruton and Hao Tran (also of The Table Market and Hao & Dixya) opened The Pantry as a way to “share Grandma’s recipes over the generations.” With an eclectic menu of dumplings, banh mi, yaka-mein (a Creole New Orleans take on Asian noodle soups), and a smoked apple cobbler to die for, The Pantry hits all our sweet spots.
[Editor’s Note: It’s with a heavy heart that we must report that The Pantry closed the day before this issue hit the stands. We will miss the dumplings.] 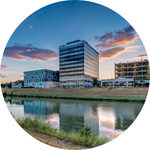 There’s long been a history between Fort Worth and San Miguel de Allende, Mexico, so it makes sense that one of San Miguel’s most beloved restaurants was created by a Fort Worthian and is opening a second location in Cowtown. Quince, proclaimed by the Robb Report as the “No. 1 Rooftop Restaurant in the World,” will open in late 2022 (information correct at press time) in WestBend, in the former BarTaco location. Quince features a casual-yet-sophisticated atmosphere with a menu that pulls from culinary traditions around the world.
Quince
WestBend 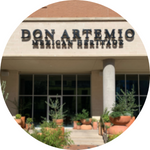 We love our Tex-Mex here in Fort Worth. Can’t get enough of yellow cheese and refried beans and flour tortillas. But Don Artemio is proving we love Saltillo-style Mexican food, as well. Longtime friends Adrián Burciaga, former manager of Café Modern, and Chef Juan Ramón Cárdenas brought their love of their native cuisine, as well as Cárdenas’ family restaurant (also called Don Artemio) to Fort Worth, and we are here for it. Cactus tacos? Yes, please! Slow cooked cabrito (goat)? Gimme more! Cárdenas’ son, Rodrigo, is the executive chef, and his upscale cuisine, paired with the restaurant’s chic atmosphere, has proven to be a hit with Fort Worthians.
Don Artemio
3268 West 7th Street 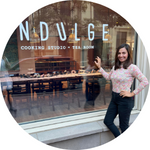 Not to be left out of the new restaurant game, Dixya Bhattarai, also of Hao & Dixya, has opened Indulge FW inside the 3rd Street Market (see above). Bhattarai, a culinary dietician, wanted to create a space to teach cooking classes for all levels of culinary skill. In addition to the cooking classes, Indulge FW offers a weekly afternoon tea, with a selection of loose-leaf tea and tea time delights, such as finger sandwiches, scones, and sweets. “After all,” Bhattarai said, “We all deserve a tea break from our hectic lives.”
Indulge FW
Inside 3rd Street Market
425 West 3rd Street