The Ghosts of War

Ghosts are big business. Haunted locations across the nation have become popular tourist destinations. You can take ghost tours, stay in haunted hotels, eat in haunted restaurants. Whether you believe in ghosts or not, these tours and locations are a great way to learn a little about a city’s history. 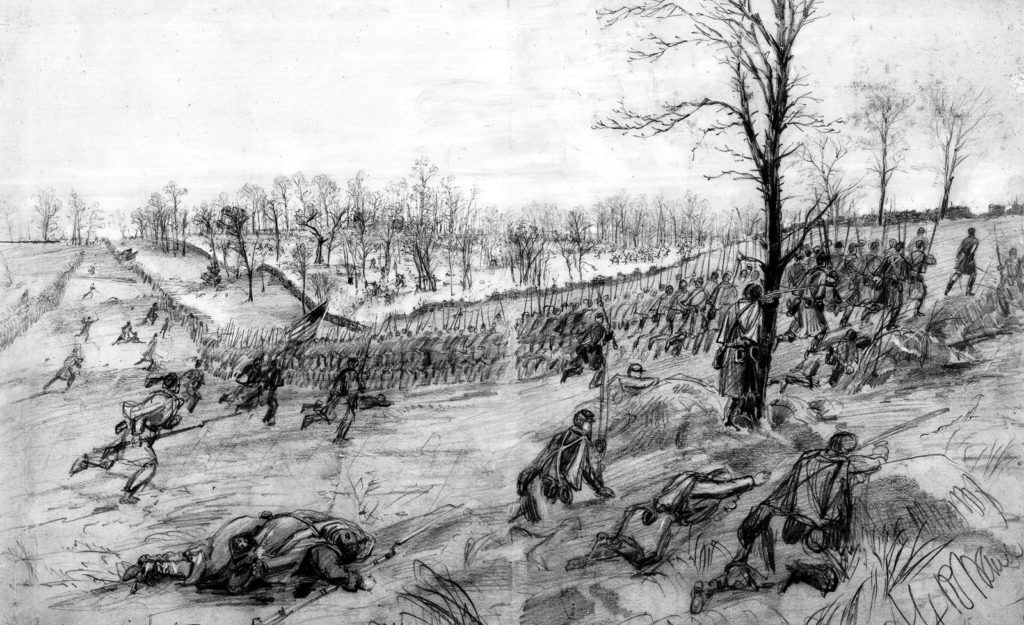 There are few states in the nation with a history as rich as Texas. And it’s not surprising that Texas history is full of tales of battles and bloodshed… and ghosts. Texas has been a battleground since pre-Columbian times. As Europeans arrived in Texas, tales of fierce tribes who slaughtered settlers began to circulate. (Of course, the Europeans were even more savage in their subjugation of the indigenous peoples.) The Texas Revolution, the American Civil War, the so-called Indian Wars – all added to the blood that soaked Texan soil.

And in many places, the ghosts of those who died are still with us.

We all remember the Alamo. Site of the most famous battle in Texas history, the Alamo is also home to a number of famous ghosts. From the little boy who searches for his fallen father to the ghost of courier James Allen to Louis M. Rose, the “Coward of the Alamo” who defected before the battle, the Alamo ghosts are rightly famous. 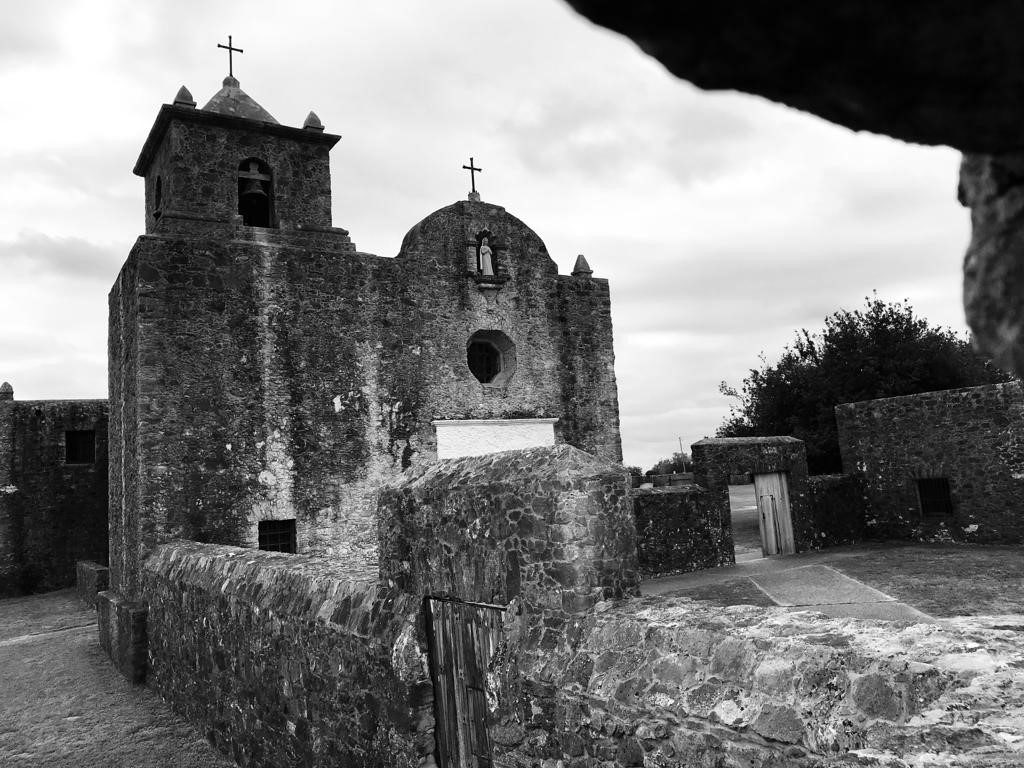 While most only remember the Alamo, the Goliad Massacre was even more horrifying than the Alamo’s fall. Built on the San Antonio River near the Gulf by the Spanish, the Presidio la Bahia became a crossroad of major trade and military routes through South Texas. After the Mexican War of Independence, the settlement around the Presidio was named Goliad.

The Presidio was renamed Fort Defiance during the Texas Revolution, and it was here that the first declaration of Texas independence was signed. After losing the Battle of Coleto, the Texian survivors under Captain James Fannin were marched back to Goliad and held prisoner in Fort Defiance. On Palm Sunday 1836, twenty-one days after the fall of the Alamo, the entire Texian force was executed, their bodies burned by Mexican troops and left as a warning to other Texian rebels.

Today, Goliad is a quiet town. In the 1960s, a local philanthropist rebuilt Presidio la Bahia around the chapel. Our Lady of Loretto is still a functioning church, and there are stories of a woman dressed in black who appears to light a candle in memory of her fallen husband. In the courtyard, visitors have reported hearing Spanish commands and smelling blood, and a woman has been seen looking for her son’s grave. If you are truly adventurous, you can stay overnight in the officers’ quarters. While the beds are comfortable, visitors report hearing cannon fire and weeping, along with a feeling of overwhelming dread. And the ghost of James Fannin can reported be seen sitting where he died, wounded, on a chair in the courtyard in front of the chapel. 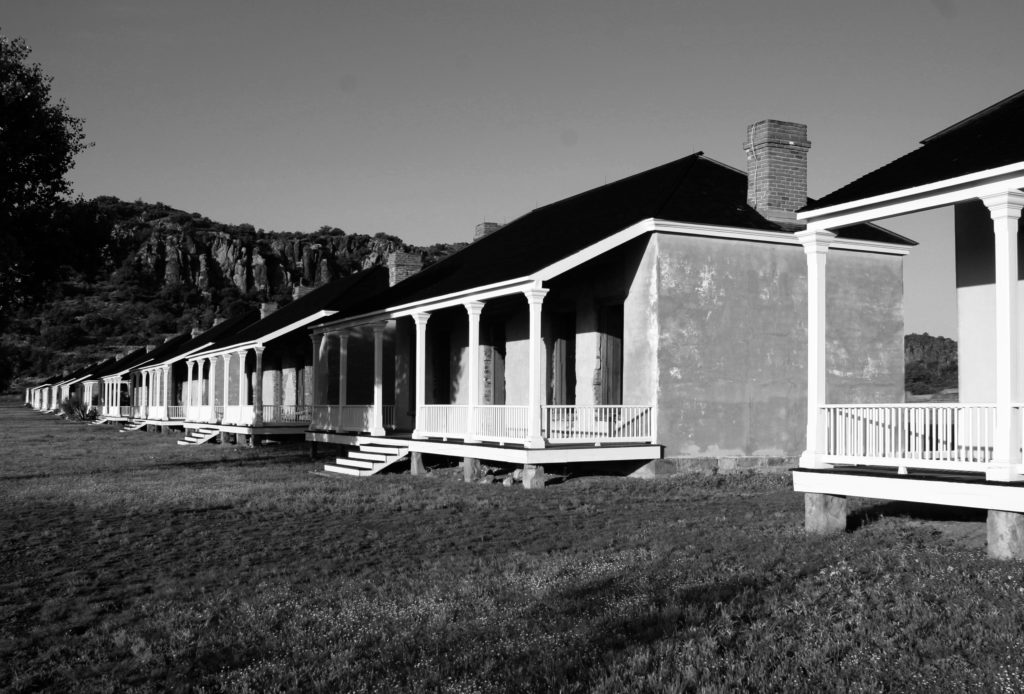 Fort Davis was established on the banks of Limpia Creek in October of 1854. Part of a line of frontier forts that stretched across West Texas up to Fort Sill in Oklahoma, the fort was established to protect settlers and travelers in the Trans-Pecos region. The fort was located near the southern end of the Great Comanche War trail, as well as several Mescalero Apache war trails, and it was the focus of numerous Comanche and Apache raids. When Texas seceded from the Union, Fort Davis became a Confederate Army outpost, although it was manned by a skeleton crew. After the Civil War, the 24th and 25 United States Infantry and the Ninth and Tenth United States Cavalry (all-Black regiments whose members were known as “buffalo soldiers”) were stationed at Fort Davis.

The ruins of the frontier fort are now part of the Fort Davis National Historic Site. Both the town and the historic site have their share of hauntings. Visitors to the Hotel Limpia report hearing water running through their rooms and banging coming out of the walls. Campers on Limpia Creek report hearing the sounds of battle, as well as wounded men crying out in both English and Mescalero-Chiricahua.

However, the most famous ghost of Fort Davis is Alice Walpole. According to the legends, Alice was married to a lieutenant from Alabama and was horrified when her husband was sent to far West Texas. Desperately homesick, Alice would search Limpia Creek for wild roses to decorate their quarters. During a period of Apache raiding, Alice left the fort searching for wild roses, but she never returned. Her body was never found. To this day, people report seeing a woman in a blue cape leaving the gate, and the smell of wild roses seems to hang in the air of the officers’ quarters. 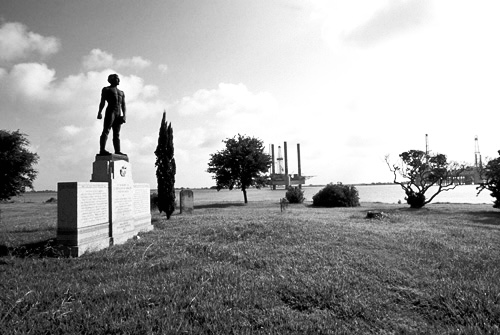 In southeastern Texas, where Sabine Lake empties into the Gulf of Mexico, there’s a historical marker that shows the names of Union soldiers and sailors killed in what was arguably one of the most important Confederate victories of the Civil War. The Second Battle of Sabine Pass was fought on September 8, 1863, as part of the Union’s blockade of Southern-held ports. Approximately 50 Confederate soldiers held off a Union armada of 19 vessels with over 4,000 soldiers.

Thirty names are listed on the historical marker; this doesn’t include the 22 free Blacks who fought and died alongside the Union forces. These Union soldiers are buried in a mass grave on Mesquite Point just below the pass. While the city of Port Arthur has annexed Sabine Pass and Mesquite Point, the ghosts of the Civil War still wander here.

Locals report seeing men in Civil War uniforms out on Mesquite Point. On dark nights, the sounds of cannons can be heard. Strange banshee-like wailings have been reported throughout the area. And it’s here that the Headless Gunner of Sabine Pass walks.

During the Second Battle of Sabine Pass, the Union gunboat Clifton was captured after taking cannon fire. The Clifton’s dead included the starboard gunner; survivors reported seeing the gunner decapitated by a cannonball. The headless gunner was buried with his compatriots, but it is said his soul never rested. Sailors on barges and tankers on the way to Port Arthur still report seeing a headless man in a dark blue uniform on the bank. Locals know it’s the Headless Gunner, forever searching for his head.

As you travel across Texas, be alert. Keep your eyes peeled and your ears open. There are stories of hauntings in every town and city, and if you keep an open mind, you just might be surprised!