The Transformation of Stop Six

On November 18, 2020, Fort Worth Housing Solutions hosted a Zoom meeting to update the interested on the progress of the Stop Six Choice Neighborhood Initiative. Included in the meeting were representatives of the City of Fort Worth government, developer McCormack Baron Salazar, and others. Updates were given on the demolition of the Cavile Place public housing community and the construction of the new Cowan Place, the mixed-income, senior living community that anchors Phase I of the transformation of this historic community.

The City of Fort Worth has designated Stop Six as its first Neighborhood Improvement Strategy target area. According to the City’s website, this is “a first-of-its-kind project… [which will] use funds set aside by City Council to improve neighborhood vitality and give residents a path to self-sufficiency.” Additionally, the U.S. Department of Housing and Urban Development awarded Fort Worth Housing Solutions (Fort Worth’s housing authority) a $35 million Choice Neighborhoods Implementation grant in April of 2020 to help transform the Stop Six neighborhood. 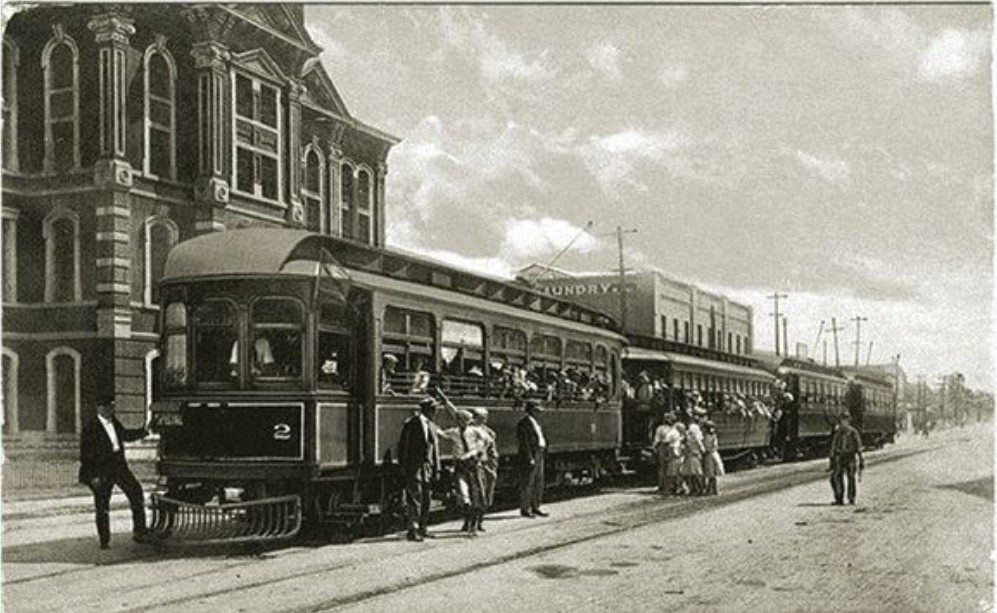 When you hear “Stop Six,” what you do think of? Do you think about how the neighborhood was named “Stop Six” because it was the sixth stop on the interurban streetcar system that ran from Fort Worth to Dallas in the early years of the 20th century? Do you think about Elmo Henderson, a boxer from Stop Six who claimed to have defeated Muhammad Ali in an exhibition match in San Antonio?

Do you think of basketball? After all, Paul Lawrence Dunbar High School is where Robert Hughes became the all-time winningest high school basketball coach (until his career record of 1,333 wins was surpassed in 2014). Under his demanding-yet-careful tutelage between 1973 and 2005, Hughes’ Flying Wildcats made 30 consecutive trips to the state championships and won twice. In 2015, the City of Fort Worth renamed the portion of Cass Street that runs in front of Dunbar High School “Robert Hughes Street,” and Hughes’ son Robert Hughes, Jr. is now Dunbar’s basketball coach.

In 1896, Amanda Davis purchased one acre of land in the undeveloped area of Fort Worth southeast of downtown for $45. A Black laundress, Mrs. Davis raised her 10 children on that acre of land. Amanda Avenue, which now runs between Rosedale Street and Ramsay Avenue, is named for her.

A community of Black-owned homesteads and small farms began to grow up around Mrs. Davis’s farm. The area lacked municipal services, including a police force, which lead to the development of a community feeling of independence which continues to this day.

In 1902, Alonzo and Sarah Cowan bought three acres in the area to farm. The area’s first church, Cowan United Methodist Church, stood on land donated by the Cowans. Indeed, for a time, the area was called “Cowanville” in recognition of the Cowans.

What eventually came to be called Stop Six continued to grow in the interwar period, and the segregated neighborhood was known throughout the region for its successful Black-owned businesses. However, the area’s fortunes began to wane after World War II. J.A. Cavile Place, Fort Worth’s third public housing community after Ripley Arnold Place and Butler Place, was developed in the early 1950s. During the 1960s, as White Flight took the White citizens and businesses of the neighborhoods around downtown out to the suburbs, Stop Six became more and more economically depressed.

Despite the neighborhood’s poor reputation in the minds of those who do not live there, the community spirit of the area is strong. The residents of Stop Six are proud of their history, and city planners realized they needed the residents’ buy–in to make redevelopment successful. Fort Worth Housing Solutions and city leaders worked with residents to identify residents’ priorities for their neighborhood. The result was the Stop Six Choice Neighborhood Transformation Plan, which debuted in 2019 and aims to restore the neighborhood’s reputation as a vibrant, thriving community through the creation of walkable neighborhoods, increased housing, a community gathering space, and enhanced access to employment, education, and training.

To aid in this transformation, the City brought in McCormack Baron Salazar as developers. According to their website, McCormack Baron Salaza is “the nation’s leading for-profit developer, manager and asset manager of economically-integrated urban neighborhoods.” Aiding in the redevelopment is Urban Strategies, Inc., a “non-for-profit organization that specializes in results informed human services development, planning, and strategy implementation as part of comprehensive neighborhood revitalization.”

In preparation for redevelopment, the City has begun updating and improving the wastewater and sewer main improvements in the area. Major roads are being repaved, and the Fort Worth Police Department has placed a substation in the neighborhood, which has started a community policing program aimed at building neighborhood confidence in the police department.

Additionally, the U.S. Housing and Urban Development Department opened an EnVision Center in Stop Six in May of 2019. The EnVision Center program aims to assist low-income families achieve self-sufficiency. The only center in Texas, the Fort Worth EnVision Center consolidates services in one place. Instead of having to trek across the city to various government offices, residents can learn about federal, state, and local programs from social security to housing and receive help with problems they may be having all in one place.

Phase I of the redevelopment plan centers around Cowan Place. The mixed-income senior living community will be located south of Rosedale and west of Stalcup and will include reduced-rent for qualified seniors and for former residents of the Cavile Place public housing development who want to return to the neighborhood.

Of course, major redevelopment can cause a neighborhood to lose its defining characteristics. Long-time residents can be forced out by rising property taxes, and the community’s collective memory can be lost. “Gentrification” has become a dirty word in urban planning circles. The City of Fort Worth must ensure that the residents of this proud community are allowed to stay, even as the area is redeveloped, so that the Stop Six neighborhood is not lost to history.