A purple TCU hat adorned Dawson Granade’s head when he entered the Zoom meeting, contrasting with his light blue button-up shirt. He sat in a plush tan leather recliner, rocking as he told me stories about his childhood and Fort Worth in a rich Texas accent. To the left of him, a bookshelf stuffed full; to the right, his wife Cindy, who was helping him set up the video call. 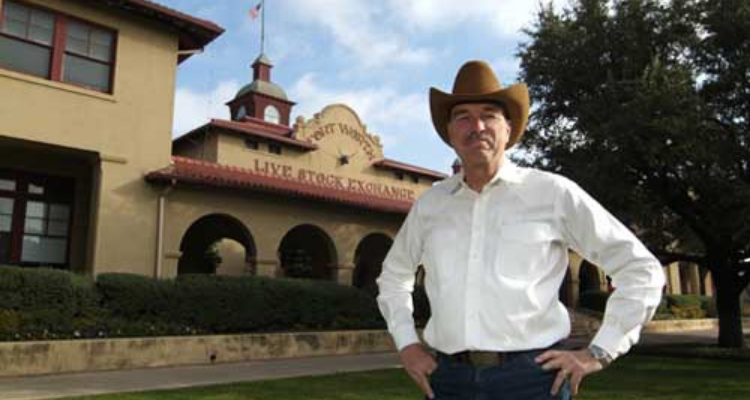 It’s been almost a year since Granade gave his last tour of Cowtown. Once COVID-19 hit, he shut down his one-man touring business, “Fort Worth Tours,” for the duration of the pandemic. Right before the pandemic came to town, business was booming: Granade gave two tours a day, six days a week, and had just signed a deal with one of the new hotels in the Stockyards to give presentations to its guests. He had even been asked by the Fort Worth mayor to give the great-grandson of General William Jenkins Worth (for whom the city was named) a tour when he came to visit.

At 75, Granade has lived in Fort Worth for 73 years, moving briefly to Midwestern State University in Wichita Falls and then to Houston for a job. Since starting his business in 2007, Granade’s rich knowledge has brought in tourists from as far as Australia, as well as locals looking to learn more about their home. His three-to-four-hour tour kicks off at a bluff overlooking the Trinity River, where he shares the story of Fort Worth’s founding in 1849. From there, he takes tour goers in his personal Suburban across the city, from downtown to the Stockyards to Oakwood Cemetery and everywhere in between, telling the stories of Fort Worth’s past in chronological order. 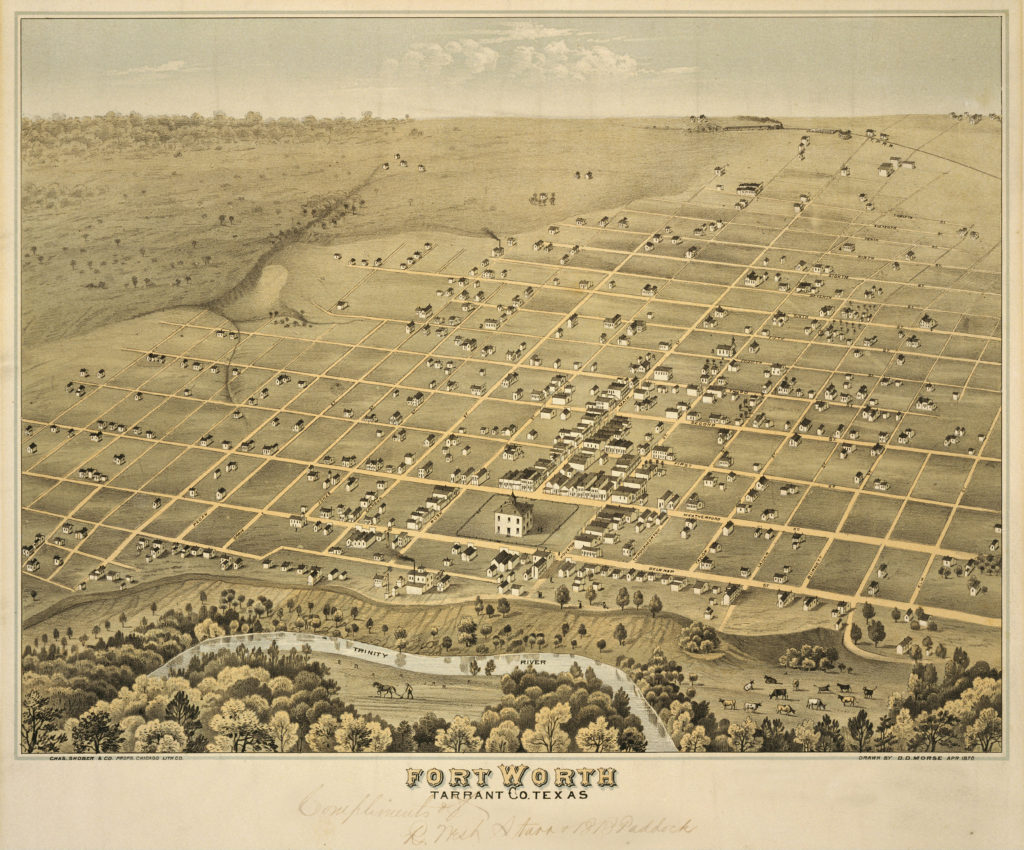 But where’s Granade’s favorite place to take people? “Oakwood Cemetery is just a treasure of history,” he explains. “… you’ve got a little bit of everything… you’ve got the richest of the rich buried alongside the poorest of the poor. You’ve got cattle barons, oil barons, famous outlaws, famous lawmen, famous madams, and prostitutes.”

At the cemetery, Granade points out important Texas figures to tour goers. To help these figures and stories come to life, guests are given a hardback binder filled with historic photos (which were hand-selected by Granade) at the beginning of the tour. Throughout the experience, guests are instructed to flip to a certain photo, where a snapshot of an important scene or figure helps them visualize the wild west that Fort Worth once was.

Throughout our call, Granade flipped through this book, showing off pictures that are used during the tour. First, a picture of a black and white oil painting of the fort the city was named after sets the scene. Next, Granade held up the (in)famous photo of Butch Cassidy, the Sundance Kid, and their Hole-in-the-Wall gang which led to their need to flee the country. To help bring the Wild West scene to life, he showed a picture of a two-story brothel in Hell’s Half Acre, an infamous stop on the cattle trails.

“It was eighteen square blocks of nothing but saloons, gambling halls, and bordellos. And it got a nickname… Hell’s Half Acre. And believe me, it was all of that and then some,” he laughed in a way that showed affection for and more knowledge about our city than any outsider could ever possess. 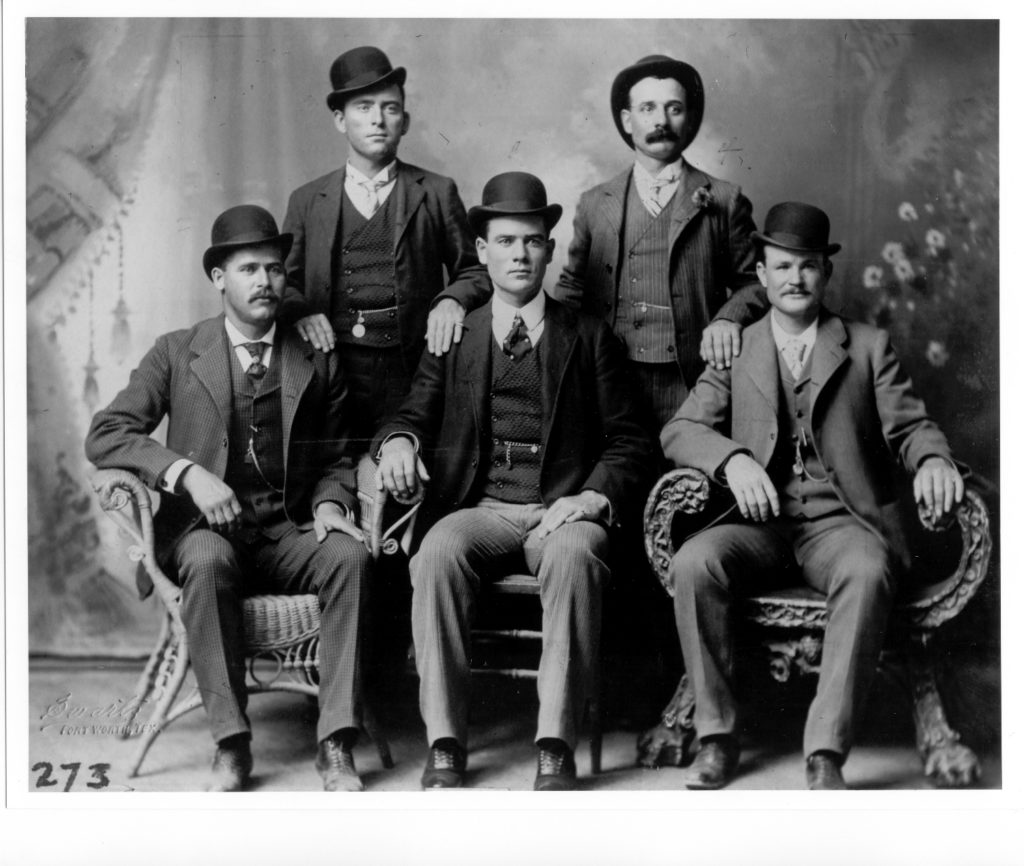 Granade got his passion for Texas and history from his dad, from whom he first learned about the deep rivalry between Dallas and Fort Worth. His dad refused to go to Dallas when Granade was growing up. This quirk came from both the historical rivalry between the two cities and a deep and lasting loyalty to TCU football.

His dad would tell him in no uncertain terms: Fort Worth is good, Dallas is evil.

When describing his father, Granade said, “My dad had four deep-seeded loves in his lifetime. Number one, my dad loved God, and he loved God more than anybody I ever knew. Number two, my dad loved my mother. Number three, he loved me and my sister. Number four,” he chuckled, “My dad loved the TCU Horned Frogs.”

Granade hopes to continue sharing his passion for Texas history with visitors and locals again once COVID has been safely contained. However, he does plan to cut back from 12 tours a week to doing more select days. In addition, he plans on working with the Stockyard hotels and also offering bus tours to interested groups of tourists and locals alike.

Taylor Dye is a master’s student at Texas Christian University, pursuing a degree in Strategic Communication. She’s from Paris, Missouri, a town of 1,200 people. Her small-town roots drew her to the community-feel of TCU and Fort Worth. When she’s not studying, she enjoys taking walks around Fort Worth, attending TCU sporting events, spending time with friends, and cuddling her cat Naomi.