Using Her Strengths to Create Community

Leah King is a busy woman.

When she’s not bringing together nonprofit organizations, private businesses, governmental agencies, and individuals in her capacity as president and chief operating officer of the United Way of Tarrant County, she serves on various boards, including the Tarrant Regional Water District, in her copious free time.

“I drive my husband crazy. He’s like, ‘Really? One more thing?’” King admits that “no” is not her favorite word.

Although King is not a native Fort Worthian, her love of this city has served its people well. 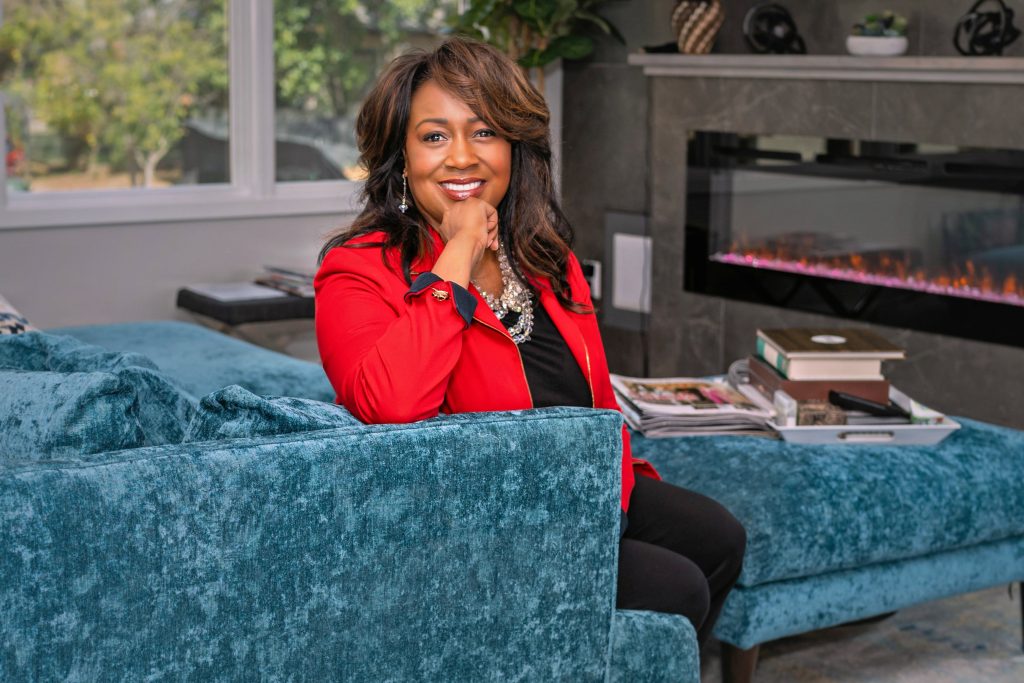 King’s father was in the military, and his career had his family moving from pillar to post all over the world. After her parents divorced, King and her sister moved with their mother to Philadelphia, where she attended high school. She went to Rutgers University to study biomedical engineering.

“After my freshman year, I went to work in a hospital. For me, the eye-opening part was recognizing how much I would be working with machines, not people,” King said as we sat in her office on the North Side. “Until that point, I wasn’t mature enough to know that I needed the people and not the machines. So it had me rethinking my life… I enjoyed the work, but I couldn’t see living my life in one of these labs that are totally white and sterile. I needed to rethink things.”

King left Rutgers and headed to Dallas Baptist University. But that wasn’t the answer, either. So she took a job at a RadioShack in North Carolina. It was this job that eventually brought her to Fort Worth.

Although King did not have a college degree, the upper management at RadioShack knew a winner when they saw one. Len Roberts was the chief operating officer of RadioShack at the time. “He gave me a shot. He believed in me,” King said with a smile. “There were times when I didn’t always believe in myself, and he was so encouraging and helped me.”

King was invited to be a part of the Answer Team. It was an exciting time. “The six of us traveled around the country; we did morning tv and print and radio interview to promote the Answer Team,” said King. “And by this time, another component had been added to the campaign – crime prevention and safety. We weren’t making a hard sell of the security products; we were really trying to help people understand how to be aware of their surroundings and take responsibility for their personal safety.”

The crime prevention aspect of the new marketing campaign took off, and King was pulled off the Answer Team to come back to Fort Worth to develop it. Part of the crime prevention initiative was producing videos for law enforcement across the country. “We had incredible programming working with a variety of organizations,” King remembered. “I did a diversity program way back in ’95 or ’96, bringing training and conversation around diversity and inclusion, perception versus reality to law enforcement officers. It was a great program.”

It was around this time that King settled in Fort Worth. “I was supposed to be here temporarily, but I was asked to stay on permanently. I had already fallen in love with Fort Worth – I originally came as a store manager for a week of training in the late ‘80s,” King said. “Before I left that training… I bought a postcard, and I wrote a note to my mom. It was a picture of the Tandy Center, and I said, ‘I’m going to live here some day.’”

Settling in Fort Worth was somewhat momentous for King. As the child of the military, she moved constantly, leaving schools before she could really make friends. It left her both able to adapt to almost any situation, a skill that would come in handy in her professional life, and at the same time rootless.

King admitted that when she was young, she felt that rootlessness. “You have people who say, ‘Oh, we’ve been friends since we were seven years old’ – I have no concept of that… As a military brat and moving around constantly, I never got to pick where I lived.” During her time with RadioShack, she felt the pull of wanting to belong to a community. She found that community here in Fort Worth, and it felt like home.

Barry King was originally from Kentucky but had been in the Metroplex for several years. He and Leah met at RadioShack and started dating. For several months, the young couple kept their relationship quiet, but they decided to go public at a holiday party. “Len [Roberts] walked in and saw us,” said King. “He said, ‘Leah, Barry, I need to talk to you NOW.’ I was convinced he was going to tell us we had to quit! He asked how long we’d been dating and then said, ‘The only thing I don’t like about it is that it wasn’t my idea. I’m supposed to be the marketing master around here – I should have been the one to think of this!’”

Roberts’ personal style of leadership made a big impression on King. He made her feel like she could do anything and, more importantly, that she mattered. Not just to the company — she mattered as a person. 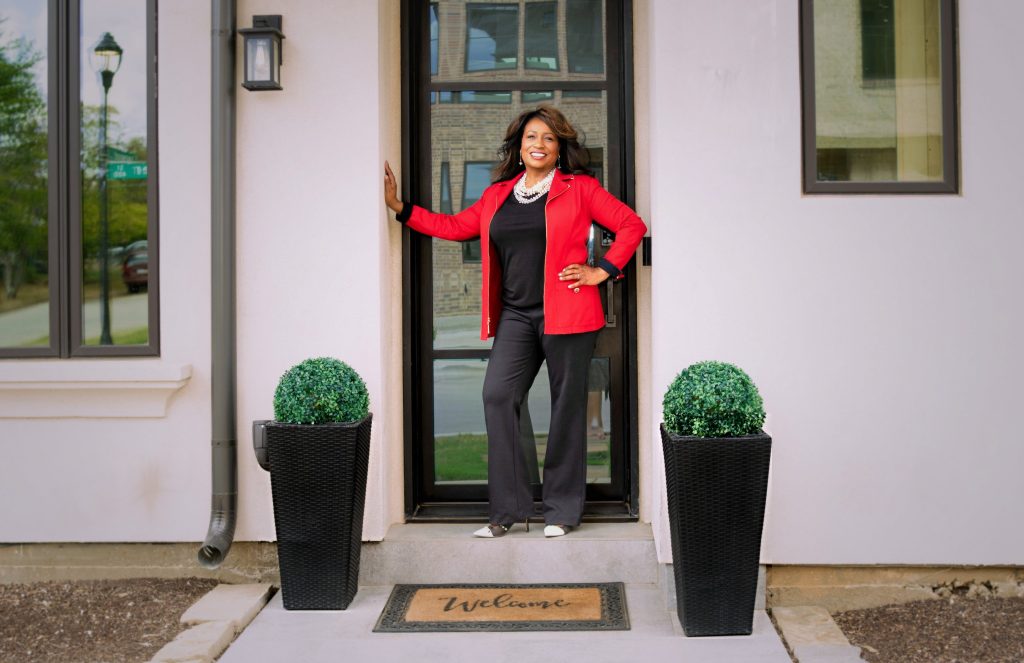 RadioShack gave King a community to belong to and a foundation for her later career as an executive and a leader. Fast forward to 2020, and King would use every bit of that knowledge when the world turned upside down.

King came to the United Way of Tarrant County (UWTC) in 2016 as executive vice president. In late 2019, she was named president and CEO. And then the pandemic hit. King said, “It was like, ‘Congratulations! You’re CEO and president. Now we’re going to close the world. Good luck!’”

For over 125 years, the United Way has raised money and coordinated services between nonprofits and the community they serve. The United Way of Tarrant County was founded as the first community chest in the Southwest in 1922 and serves as the link between government entities, corporations, private donors, and local nonprofits. It is a vital part of our community.

One of King’s great strengths is that she is cool in a crisis. “I’ve come to accept that; that’s where God leads me. I was lead to United Way.”

Three days before the City of Fort Worth shut down, King told her team that if they weren’t in the habit of taking their laptops home, they should get in the habit immediately. She reached out to the chief financial officer to make sure they had enough funds to meet their financial obligations. She met with the program team to say that any organization that receives funding from the UWTC needed to be released to use the money however they needed. She met with human resources and marketing. She started an organization-wide daily phone call because she realized that communication was paramount during that time of separation, isolation, and lightning-fast changes.

Then King started calling community leaders, business leaders, local governments, and the United Way’s partners. King remembered, “I simply told them, ‘Here’s what we’re doing, this is what we’re doing, this is what we need.’ It was one of the most coordinated time periods in terms of what was happening on the ground. If one organization was having trouble, another was able to help.”

One of the first things that King did when it became apparent that Covid wasn’t going away was to reach out to Fort Worth ISD to ask if there were children they served who couldn’t access food. For many families, school breakfasts and lunches are the only way they can keep their children fed. Understanding this, Fort Worth ISD started distributing food to families at places across the city, but there were still children who, for whatever reason, were not able to receive that food.

“Fort Worth ISD gave me about a dozen different apartment complexes where the residents weren’t able to get the food,” King said. “So we went out, raised some funds, and then worked with a local catering company to provide family meals to offset the food these children would normally eat at school. It was important for us to do meals for the family, not just the student, because we wanted to be sure that everyone in the house was receiving nourishment…

“This was well outside [the UWTC’s] core competency; however, it was a defined, major need in the community, so as an organization, we had a responsibility to respond and an obligation to help.”

King is justifiably proud of the UWTC team. Many cities did not weather the Covid crisis as well as Fort Worth and Tarrant County did, and the UWTC played a large part in that success.

“Every one of our team members rolled their sleeves up and worked. No one said, ‘This is more than I signed up for.’ They just said, ‘Let’s do it. Where do you need me?’ You cannot ask for anything better,“ King said.

While proud of their work, King also realized that the team had to take care of themselves. Little gestures make a big difference in times of great stress. “Initially, we thought that the shutdown would last for a few weeks and then everything would be back to normal. When it dragged on, we realized we needed to support the team. We got the Calm app for everybody… Human Resources would send care packages with notes and small tokens to say we’re thinking about you and thank you. These were just little things, but it said that they were cared for and appreciated and recognized.” 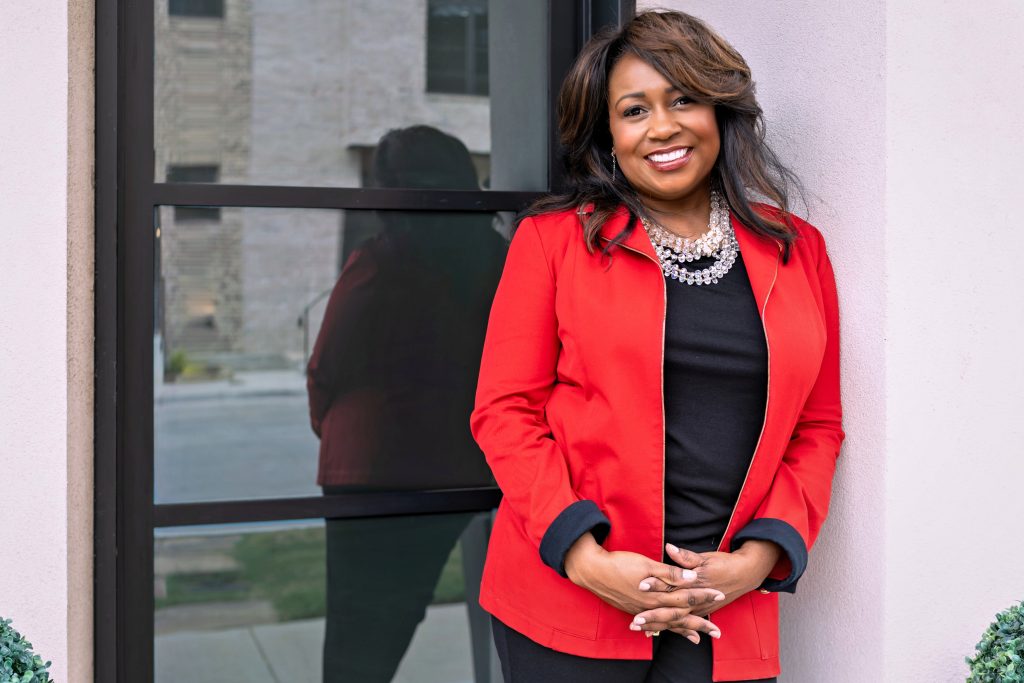 Just when it looked like normality might be in sight, George Floyd was murdered, and the world shifted off its axis again.

King said, “[George Floyd’s murder] impacted me… I heard him calling for his mother in my sleep… At times like that, it’s my natural inclination to go inward, but I couldn’t pretend this wasn’t happening, so over that long, long weekend, I decided to share my feeling in a video on Facebook.”

Recognizing the UWTC team needed to know what their president was experiencing as a Black woman, King reached out. “They needed to know what I was going through as a person. They also needed to know that whatever they were feeling, they weren’t alone, so we [Zoomed] to share our emotions, our feelings, our hopes, our prayers… I think it brought us together more as a team. How ironic is it that even though we were physically as far away from each other as we have ever been, being authentic and true brought us together in a place we might not have gotten to without this.”

From a peripatetic childhood, Leah King learned to appreciate community. It is that love of community that defines her leadership style. King uses her skills as a communicator to enfold her team members, her friends, and her family and to make her community a better place for everyone.

“It took me a little while to figure out what I was led to do. My favorite things are to be around people and to talk… my whole career has been about that.”