The board of directors of the Southwestern Exposition and Livestock Show met on April 27 to conduct the formal business of the 501 (c) 3 not-for-profit organization that organizes and implements the annual Fort Worth Stock Show & Rodeo. Board members elected officials and took action on reports provided by the organization’s Treasurer, President / General Manager and Nominating Committee Chair.

Officers elected by the board to serve for the current year include: Chairman of the Board, Edward P. Bass; Vice President, Charlie Geren; Secretary Elaine Agather; Treasurer, Randy Rodgers and President / General Manager, Bradford S. Barnes. Agather, who also serves on the organization’s executive committee, fills a vacancy left by the recent death of longtime Stock Show leader, Charles B. Moncrief.

Elected to serve as Sr. Executive Vice President is Matthew R. Carter. Carter, 44, will join the Stock Show’s fulltime staff working with Barnes overseeing the organization’s daily operations and 20 fulltime staff members. In his current role as Vice President of Fine Line, Inc., Carter oversaw the development and construction of Fort Worth’s state-of-the-art Dickies Arena as well as numerous other Fine Line Inc. development projects. Carter brings a deep understanding of the Stock Show’s operations, having served on the organization’s board of directors, executive committee and as a livestock show superintendent. Raised on his family’s farm and ranch operation in Dallam County, Texas, Carter remains connected to livestock production with wife, Kathryn, and sons, Chappell and Price, on their ranch in Jack County. Carter, who will join the Stock Show staff on June 14, expressed gratitude for the opportunity to join the Stock Show staff. 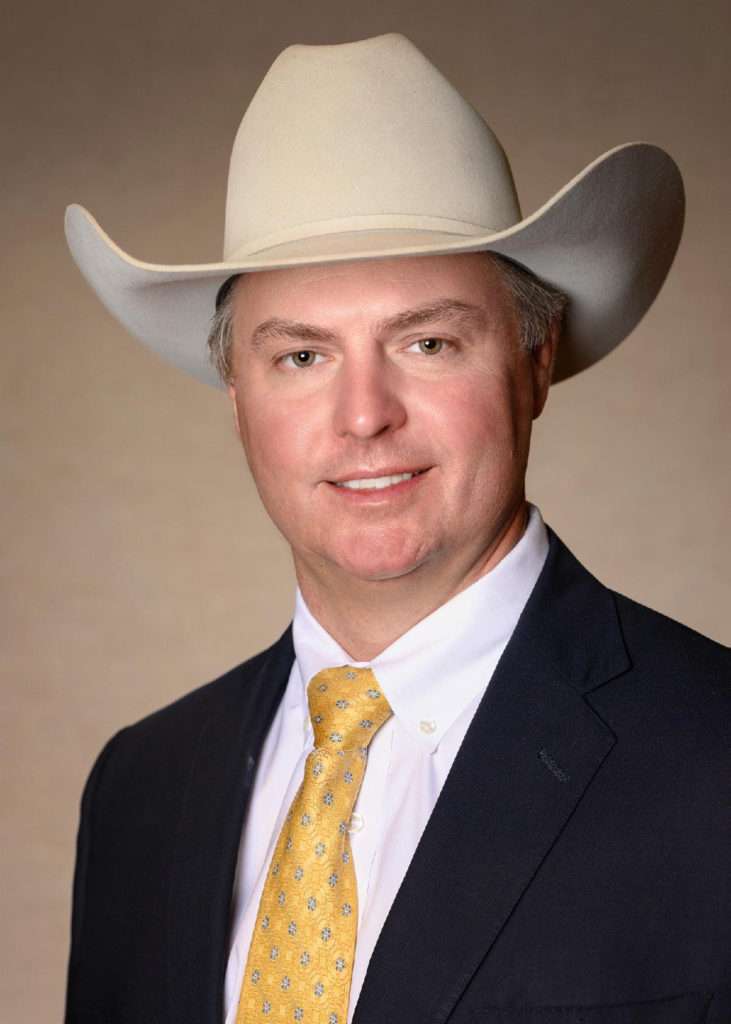 Photo courtesy of the Fort Worth Stock Show & Rodeo

“I’m honored and humbled to be joining the Stock Show and contributing to its legacy of service to Fort Worth and the agricultural community,” said Carter. “I’m excited to join a remarkable team as we continue to build on the cherished heritage of the Stock Show and what it represents.”

“Matt brings a wealth of experience and knowledge of not only the Stock Show, but the important interrelationship between the Will Rogers Memorial Center, Dickies Arena, the Stock Show and the City of Fort Worth,” said Stock Show President and General Manager Brad Barnes. “We look forward to the crucial role he’ll serve in moving the Show forward in the coming decades.”

The board approved the nomination of four new members to the organization’s executive committee: Kit Moncrief; Trent Prim; Scott Kleberg; and Doug Cassidy.

“Ticket buyers will have a full range of privileges for purchasing tickets and selecting seats in Dickies Arena,” he said. “We’ve eliminated our antiquated May 1 pre-order system in favor of a simpler, user-friendly system that will include online, phone and in-person purchase options on September 13.”