This time of year, gardeners, arborists and lovers of nature are forced to witness a horrific crime. They must endure the horror of an assault on a beloved plant and see the stark evidence of bare branches against the winter sky. The time has come, they cry in unison, to stop this travesty.

Japanese Garden Horticultural Manager Nick Esthus speaks for them all when he pleads, “If you’re going to prune your crape myrtles, arm yourself with some knowledge.”

Crape myrtles are among the most beautiful and the most resilient plants available to north Texas gardeners. They bloom all summer long, endure drought without complaint, have few pests or diseases, and come in variety of colors. Left alone, they do their job in the landscape and do it well. 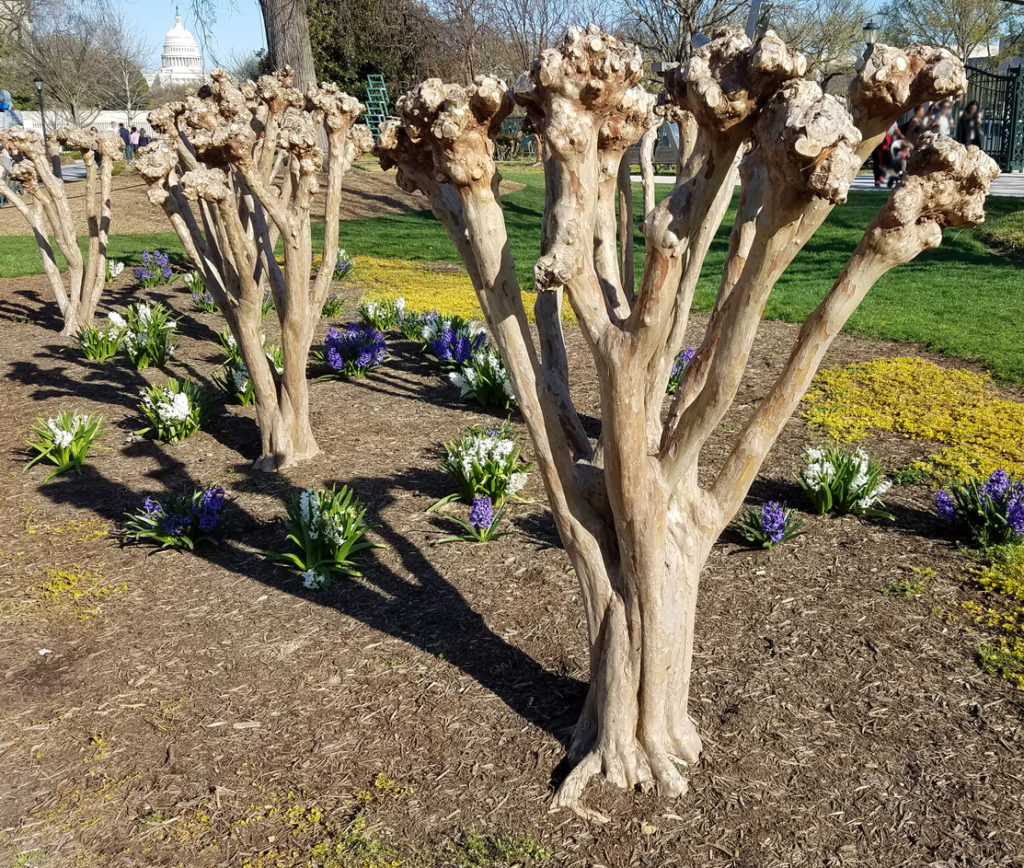 But Texas gardeners refuse to leave them alone. Every year, about this time, crape myrtles are hacked and whacked to a clump of bare branches, a practice known as “topping.” Garden experts have another word for it: crape murder.

“There are several reasons one might think they need to top their crapes, mostly to do with controlling their size and amount and size of blooms. In reality, there are better ways to achieve both all while keeping their shape and habit intact,” said Esthus.

Esthus continued, “People think the plant is topped, it will produce bigger blooms the following year. It’s true that some blooms will be bigger, but there will be fewer of them, and they will grow on thin branches unable to support the weight.”

Want to learn how to properly prune trees and shrubs, including crape myrtles? Sign up for the workshop “Spring Pruning in the Garden: Trees and Shrubs” on February 6, 9 – 10:30a ($28/$25 members). 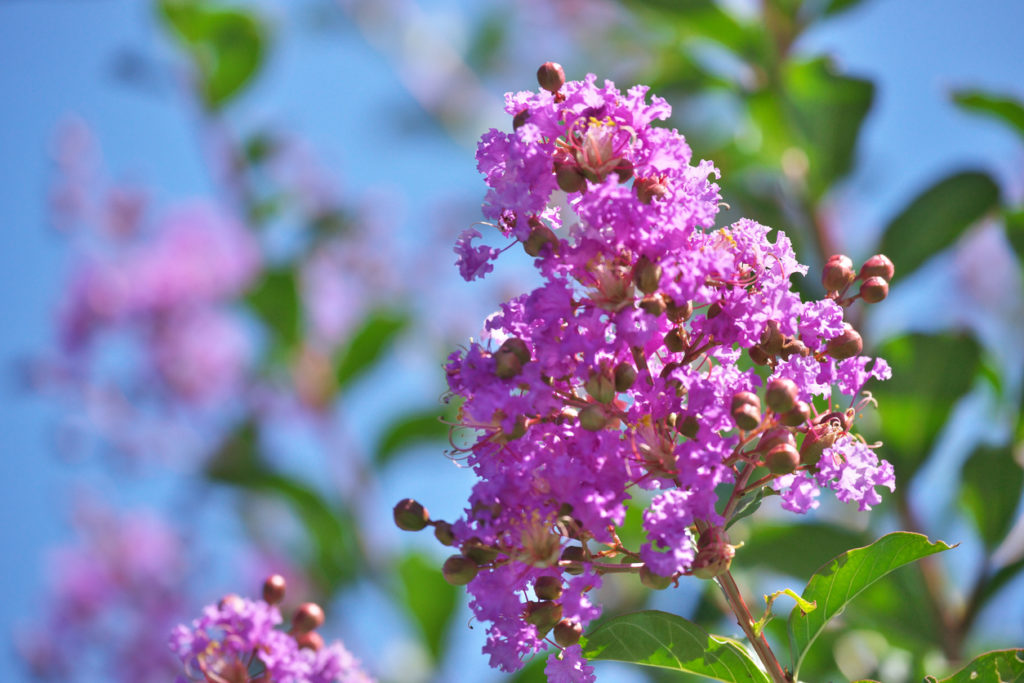 Esthus will explain the correct approach to pruning and conduct a demonstration in the Japanese Garden.

Topping doesn’t usually kill crape myrtles—they are tough plants—but it does permanently damage them. Excessive, repeated pruning ruins the natural shape of the plant, creates an ugly knob of scars and results in weaker, thinner branches.

Instead of topping, opt for a lighter hand. “If size is the concern, gardeners should consider a reduction pruning, which consists of pruning outgrowth back to a branch that is 1/3 – 2/3 the diameter of the removed branch. This will reduce the size all while keeping the natural tapper of the branch intact.”

“If this is not possible, it might be time to consider starting over, either by removing the tree and replacing it with a smaller variety or cutting it to the ground and let it ‘start over’,” said Esthus.

If you have committed crape murder in the past, or inherited a previously topped plant, all is not lost. “It will take several years, but the tree will grow back to the shape nature intended,” said Esthus. 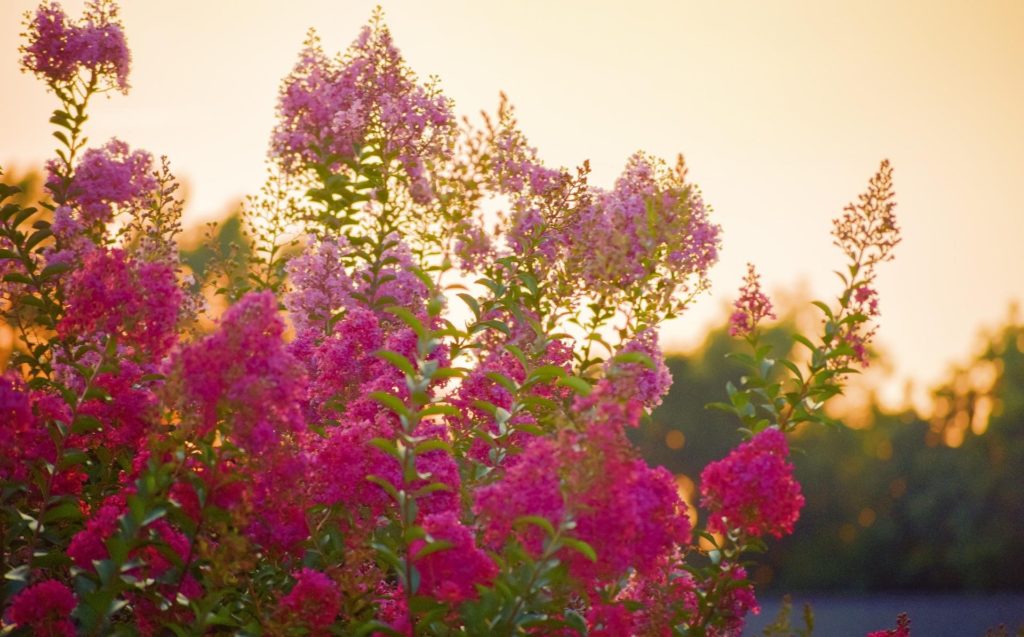 Meanwhile, you can do your part to spread the word. “Tell your friends. Tell your neighbors,” said Esthus. “Crape myrtles are one of our most beautiful and most hardy plants. We need to stop butchering them and start appreciating them.”