When Martine and Ginny dreamed up Gill Children’s Services around the dining room table in 1979, they never knew that their efforts would impact thousands of children for decades to come. 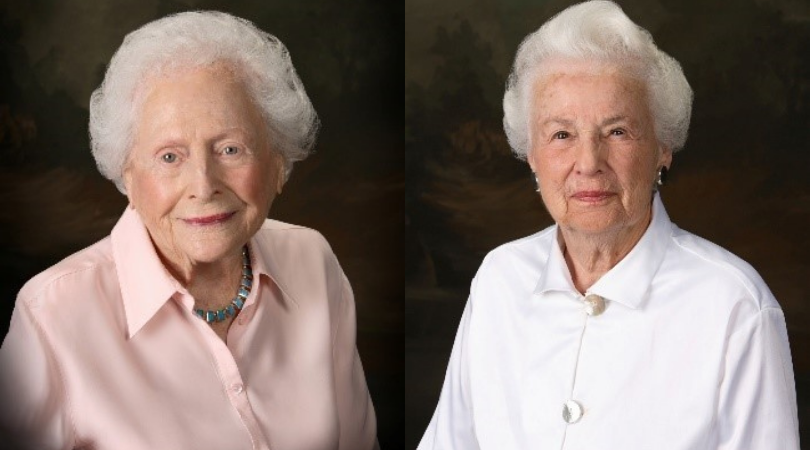 It all started with a legacy. When local couple, Smith and Nina Gill, passed away within months of each other, they left an incredible note of grace. With no children of their own, they simply instructed that their $1,000,000 estate be left to the “needy children of Tarrant County”. Those given charge with the estate began to wonder where the funds should go.

Martine Ginsburg and Ginny were tasked with finding a local cause to benefit from the Gill estate. After talking with local experts and friends, they made a startling discovery. While there are many wonderful nonprofit organizations and programs in Tarrant County, hundreds of children were falling through the cracks of the network. Whether due to citizenship, age, income level, or simply a long waiting list, children were going unserved. Martine and Ginny proposed a solution to the Gill Trust: they would create an agency of last resort to provide a safety net for Tarrant County children. By providing last resort financial assistance, they could assist children when no one else could. Just like that, Gill Children’s Services was founded in 1979 and began funding children’s needs that very year. The mission of Gill Children’s Services is to be a funding source of last resort that provides a safety net for Tarrant County children whose medical, dental, physical, social, psychological, and educational needs have not been met by other community resources. 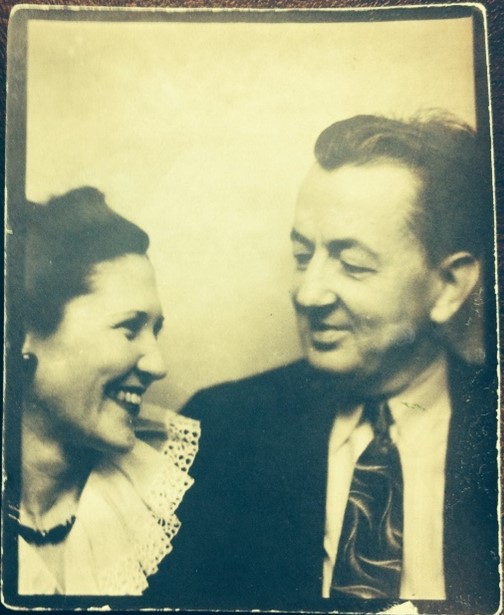 Although the Gill Trust made its last distribution in 1988, Martine and Ginny’s legacy continues with support from our caring community. Since its founding, Gill Children’s Services has fulfilled over 63,000 unmet needs.  Last year alone, Gill allocated $439,346 for 2,277 last resort services for 1,306 local children.

Children turn to Gill with a variety of needs, from diapers and hearing aids to root canals and summer school tuition. There is no typical child or family that we serve; each is unique and specific. However, they each have one thing in common – they cannot find resources anywhere else. 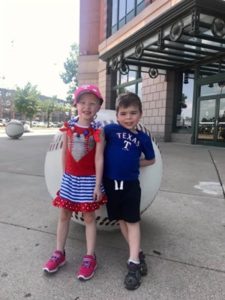 Five-year-old Cooper was one such child. Cooper and his twin sister Claire are inseparable. always keeping parents Grady and Rachel on their toes. Claire loves drawing and dancing, while Cooper loves building with Legos and playing outside.

Grady and Rachel were teachers when they welcomed Claire and Cooper into the world. The twins were born prematurely and both experienced health challenges. Cooper had two surgeries before the age of two, and Claire suffers from Alopecia Totallis, a condition that causes her immune system to attack her hair follicles. Rachel quickly realized she would have to quit teaching to take care of her babies.

The last six months have been particularly hard for the family. Last Thanksgiving, Claire was hospitalized for a week after contracting a rare infection. Rachel says, “Things were finally getting back to normal over Christmas break when she fell climbing down her bunk bed and broke her wrist. It seemed like bad luck one after another.” And during that time, Cooper needed two dental fillings. His first dentist tried on four different occasions to treat Cooper, but a sensitive gag reflex made it impossible. In order to perform the treatment, Cooper would have to be out under anesthesia in the hospital. The family began visiting Dr. Deborah Sullivan in Mansfield who referred them to Gill Children’s Services. Even with Rachel running a small business while being a stay-at-home parent, making ends meet is a challenge. The twins’ medical concerns have exhausted their limited income. Currently their health insurance premiums cost more than their mortgage. She hopes to go back to work as a teacher in the Fall. “We know this is not forever,” she says, “but we are currently stretched very thin.”

Gill Children’s Services provided funding for Cooper to get dental surgery. Rachel says, “Being able to take care of these oral health issues now before they become more serious will lead to better overall health in the future. Thank you so much to the donors that made this possible for our family!” 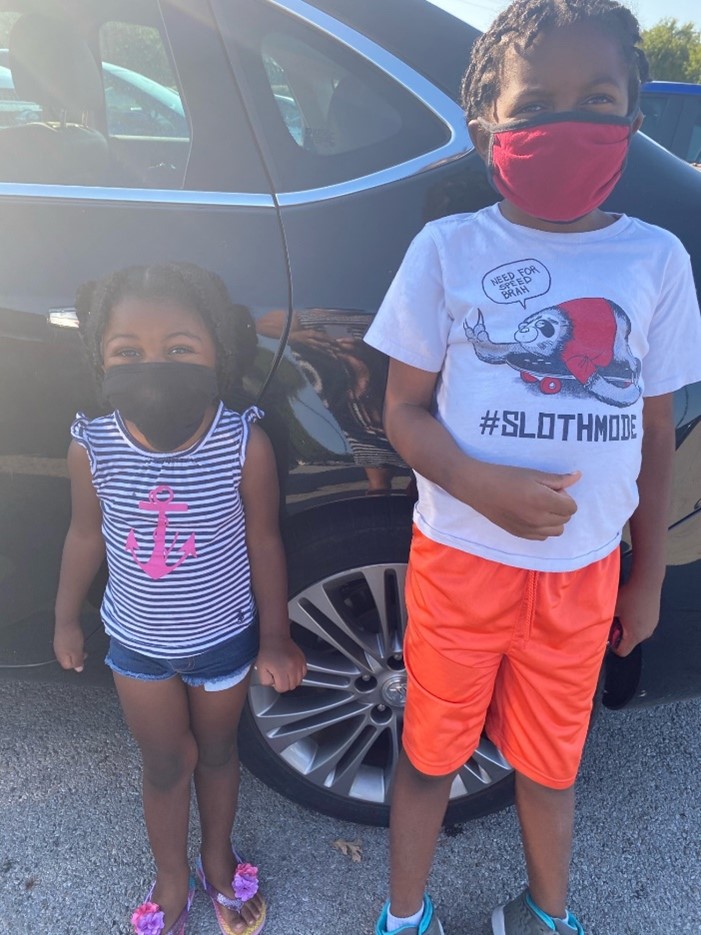 Gill also stepped in for Josiah and Nayimah. Big brother Josiah loves Hot Wheels cars and is already an avid collector. You can often find him watching videos of car races. Little sister Nayimah loves dolls and anything princess. Her favorite shows are Doc McStuffins and Peppa Pig.

Josiah and Nayimah, like many local children, have been affected by the COVID-19 pandemic. Their parents, Nicholas and Melanie, have struggled to make ends meet. Both parents’ hours were steeply cut when businesses began closing. Not only did this reduce their household income, but it also affected their eligibility for other assistance programs. The parents were no longer working enough hours to receive the Child Care Management Systems (CCMS) assistance they had relied upon. Melanie says, “We were having a hard time keeping up with all of our bills. We honestly did not know what to do.” Nicholas and Melanie were at risk of losing their jobs altogether if they could not find childcare.

Melanie shared her concerns with her childcare facility, which referred her to Gill Children’s Services for help. Because of supporters like you, Josiah and Nayimah received four weeks of childcare. Melanie says, “I am so incredibly grateful for being able to keep my childcare for longer. That definitely gave me some time to try to arrange other things and get in a better financial spot.” In a season of uncertainty and abrupt change, keeping the family’s childcare facility the same eased their worries. “My children she and my son enjoy being with their friends and doing lots of activities.”

Gill is a safety net for children like Cooper, Josiah, and Nayimah every day, and we need your help to continue the legacy left by Mr. and Mrs. Gill, Martine, and Ginny. One simple way to support the mission is to host a diaper and baby wipes drive. A recent study by Huggies showed that one in three mothers have had to choose between buying diapers and buying basic goods like food. Gill supplied 979 packs of diapers and wipes to local infants last year. You can simply drop off diapers (sizes 1-6) at the Gill Children’s Services office.

You may also invest in the mission with a financial gift. Here is how your donation would be put to work: 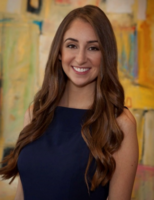 Peyton Lehrer is a proud graduate of the University of Oklahoma (OU) where she earned a Bachelor of Business Administration degree in marketing in 2012. She has worked with Fort Worth’s most esteemed nonprofits. Her passion for charitable organizations began as an intern at Lena Pope in Fort Worth. She also served in development at Communities In Schools of Greater Tarrant County. Peyton has served as the Executive Director at Gill Children’s Services since 2014.