The Limbo of (Maybe) Living with COVID-19

The first negative COVID-19 test was a real blow. 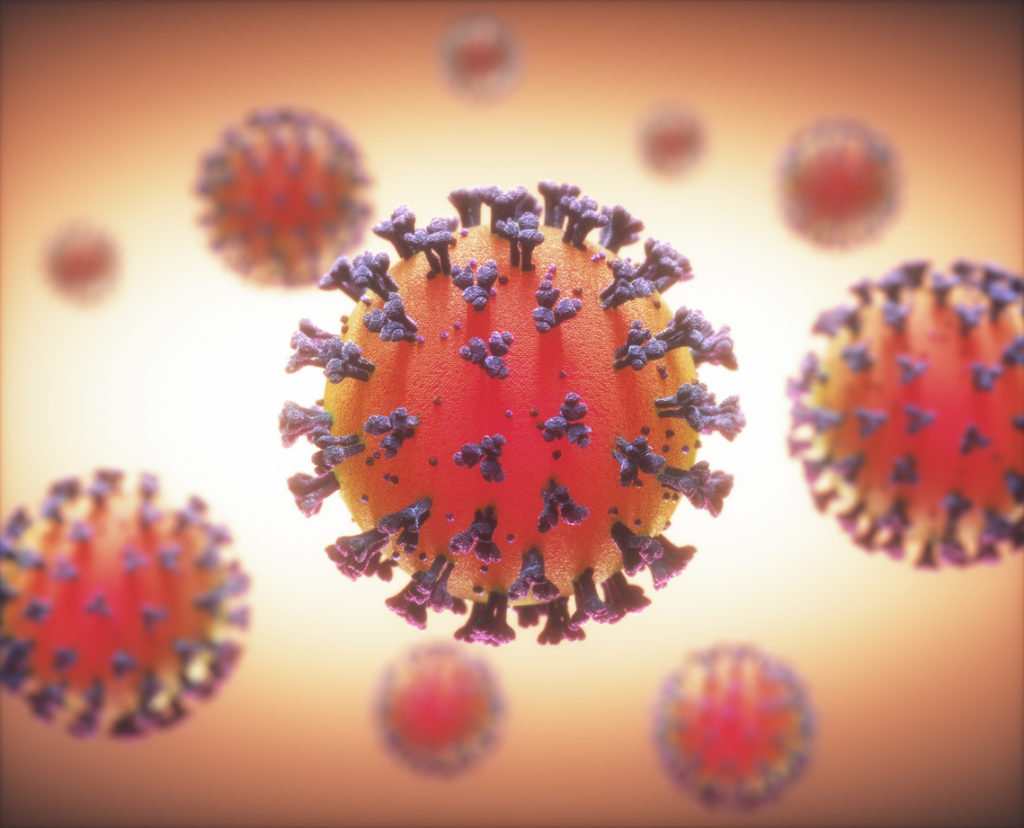 I have a smallish 99.7 fever as I write. The same little fever that’s followed me around for 14 days now, like a shadow that is cast in a certain room and can’t be avoided. I took a 12-minute walk this morning around the block, as I have every morning of the last two weeks, to poke at the parameters of my energy. I ambled slowly, like someone from the Greatest Generation, passing under trees and looking up into the soft green hands of newly sprouted red oak leaves. I breathed in as deeply as I could until the coughing came. When I finally arrived home, my heart rate was up to 146 as though I had been jogging. I needed to sink into a chair for an hour before I could get myself into the shower.

(Usually, I run 3 miles a day, five days a week, no problem. I’m 39 and have no pre-existing health conditions.)

The alert popped up on my app like a flash sale at Target: NEW TEST RESULTS AVAILABLE. No phone call from my doctor, just a message informing me that “SARS-CoV-2RNA NOT DETECTED. Negative results do not preclude SARS-CoV-2 infection and should not be used as the sole basis for patient management decisions.”

I just so happen to live on a street with five ER doctors, two of whom had COVID-19. One of them had told me unequivocally, “You’ve got it. There’s no question. Even if the test comes back negative, you’ve got it.” Apparently, there’s a 30% false negative rate for the tests. My doctor agreed.

Ok. Then. Well. I guess I’ll assume I have it, I thought. Easy enough. Clearly the symptoms line up. But why did I feel so, so — what’s the word? — offended? Yes, snubbed is what I felt, like I had applied for a job for which I had every qualification and then was rejected. DO NOT DENY ME MY BASIC HUMAN RIGHT TO BEING SICK WITH COVID-19. Nobody keeps Julie Rhodes out of clubs!

My husband Gordon was out jogging when my results came in. I was slumped in a chair on the back porch with big ridiculous tears coursing down my cheeks like I had just received a cancer diagnosis.

“I DON’T HAVE COVID,” I heaved between short, gasping breaths.

I wanted to punch his sweaty stupid beard-face.

A few days before my results came in, Gordon brought home a pulse oximeter. When I had gotten completely winded after changing the pink pillowcase on our daughter’s bed, we decided it would be good to monitor my oxygen. I had eggplant-colored nail polish on, which apparently disrupts the sensitivity on the device, so I rubbed it away from the single pointer finger on my right hand. My oxygen level was good, turned out. I was just having to work harder for it.

The next day, I took off all my nail polish with macabre focus. I heard they did that anyway in the hospital. I’d save them some time. I looked at my gym bag in the closet. What would I need to pack for an ICU stay? Do they let you have your phone? Gordon and I discussed strategy for leaving kids at home in the event of a midnight ER run. Would it be scarier for the kids to wake up alone but with messages on their phones, or would it be scarier for them to wake up to neighbors in the house trying to make things seem like “not a big deal”? 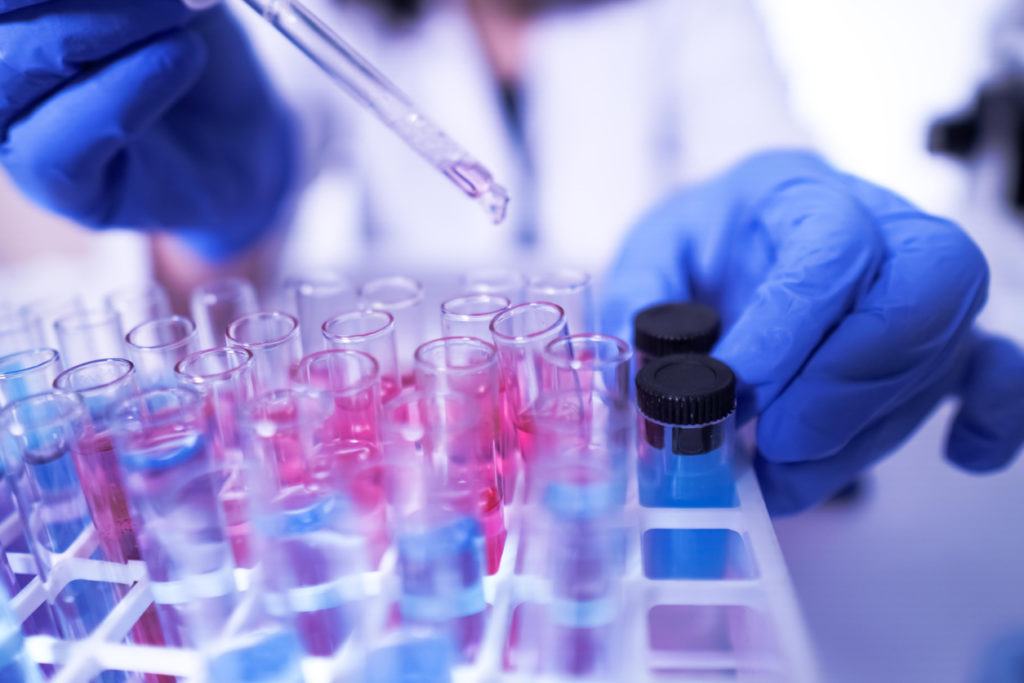 The second negative COVID-19 test was not as upsetting. Weird. I’m not sure why. It came the very next day. Gordon had somehow arranged a second test AND flu test after he found me crying like a cross-cut sorority girl on the porch, and the turnaround was lightning-fast. No COVID-19. No flu.

What in the actual hell.

A friend informed me there was only a 9% of getting two false negatives, which I have taken to mean, of course, that in fact I have leukemia. I stayed up until 11 p.m. the other night, alone in the bed Gordon has vacated, scrolling through Web MD pages of illnesses that match my symptoms. What ARE the chances of developing Leukemia right as COVID-19 is breaking out? Greater than 9%, I guess.

I’m not sure how this is going to play out. The bedrock of my angst lies in how much I CHERISH, no, INSIST UPON, neat, organized categories. Even the awful things in life can be named and put into groups, and this gives a sense of pitiful mastery. Verdicts like “guilty” or “dead on arrival”, and “COVID-19 Positive” are terrible, of course, but they provide a starting point of a kind, the end of one kind of normal and the beginning of another. A hard, clean break, like Container Store silverware dividers. But to see a lifeless body on a table and not be able to pronounce it dead, to know for certain the acquitted did commit the crime, to get two negative COVID-19 tests in the face of what appears to be overwhelming evidence — is such a harsh imposition of limbo. How do I operate in this particular non-category of maybe-maybe-not-COVID-19? Life’s a bleeding watercolor.

You are facing this smear, too. Every category of life — school, economy, health, faith — is in constant flux these days.

There’s a wonderful chapter in Barbara Brown Taylor’s An Altar in the World entitled “The Practice of Getting Lost.” She writes about the discipline of deliberately getting a little turned around every now and then during the course of a regular day in order to prep for the bigger, uncontrollable, inevitable life events that force you into real lostness later on. The “advanced practice of getting lost,” she says, consists of “consenting to be lost, since you have no other choice. The consenting itself becomes your choice, as you explore the possibility that life is for you and not against you, in spite of all the evidence to the contrary.”

Now is the time, at least for me, to consent. So, here I go: I’m lost. There. I said it. I’m lost and I don’t know what to do about it. (Well, sure, I’ll go to the doctor tomorrow and get some more tests. No guarantees I won’t be kicked out of the Leukemia Club too, though.)

But I’m agreeing to this lostness for today. I’m using my notary stamp on the limbo, at least for this moment. It’s a choice I am making of my own free will to stop, be still in the forest, and look up past where the red oaks hang.

And now for the possibilities.