Grown From Hide and Horn

In 1896, a fat stock show was held alongside Marine Creek near the Fort Worth Stockyards. There were no buildings, no corrals – the exhibitors stood under the trees along the creek. From that rather humble beginning, the Southwestern Exposition and Livestock Show, known locally as the Fort Worth Stock Show and Rodeo (FWSSR), has grown into an annual tradition that not only provides entertainment for thousands but distributes grants and scholarships to future leaders in agriculture and livestock management. 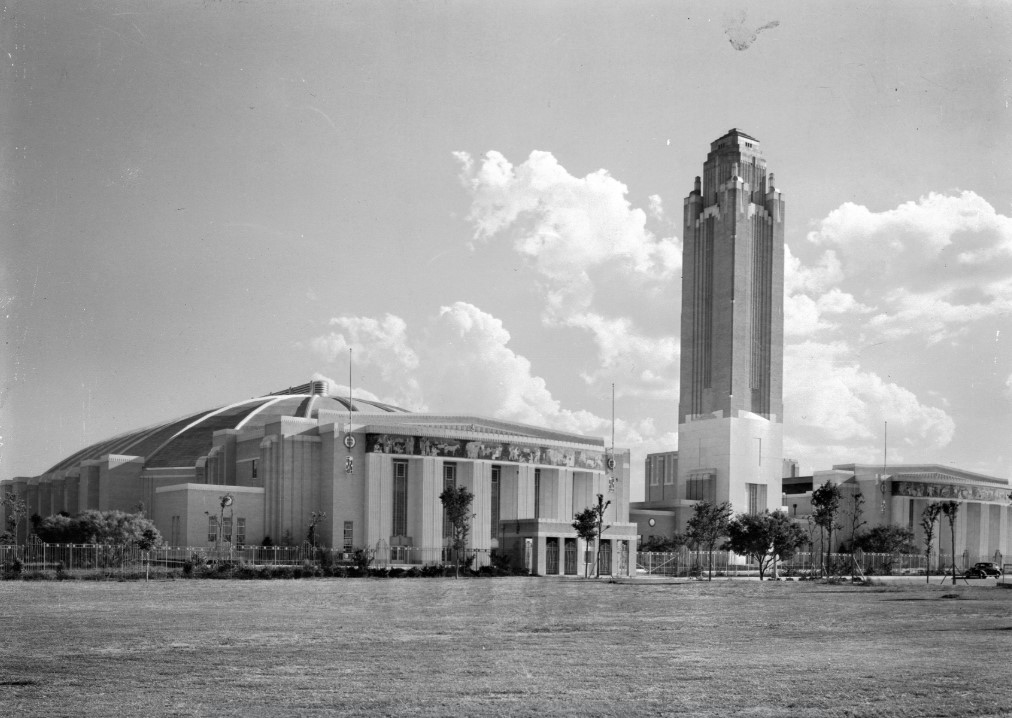 A rodeo was added to the fat stock show in 1918. The world’s first indoor rodeo was held in the North Side Coliseum, where it remained until 1942, when the coliseum and exhibition buildings were requisitioned for assembly plants for the war effort. After a year-long hiatus, the FWSSR moved to the Will Rogers Coliseum in 1944, where it has remained until now.

When the city announced plans for a new arena in Fort Worth to house the FWSSR, many residents were skeptical. The rodeo in the Will Rogers Coliseum is a large part of our memories. Children who grew up going to the rodeo in the Coliseum now bring their children and even their grandchildren to the rodeo. How could a new arena hope to compare?

Matt Brockman is the communications manager for the FWSSR. He’s been with the Stock Show for years, and he understands Fort Worthians’ concerns. “We want to assure people that this is the same Fort Worth Stock Show and Rodeo that people have grown up with. The rodeo remains connected to its roots. We’re just evolving.”

Brockman is enthusiastic about the changes that the new arena have made possible. Dickies Arena has more seating than the Coliseum, allowing the FWSSR to streamline the rodeo schedule. In the old rodeo format, Brockman admits that “it was nearly impossible to keep up with the winners unless you were there every single night. The new bracket format makes it easier to follow…” Brockman hopes that the new bracket format, similar to the NCAA March Madness bracket, will give people a greater appreciation of the sport of rodeo. “Rodeo is a legitimate sport, like football or basketball, and we hope that [the move] finally gives us a way for people to have a greater appreciation of the people on the horses.” 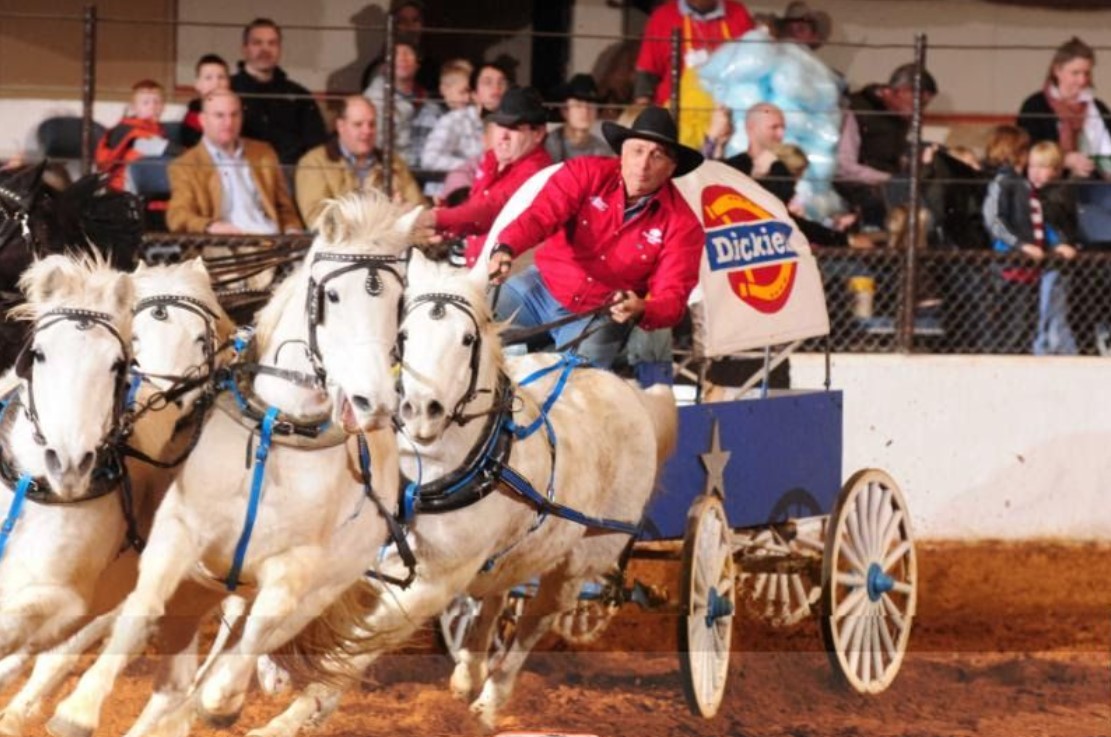 In an effort to bring the FWSSR to a greater audience, the Cowboy Channel (its state-of-the-art production facilities are located in the Fort Worth Stockyards) will be broadcasting throughout the rodeo’s run. The technology of the Dickies Arena is the best of any venue of its kind in the nation, and it allows the Cowboy Channel to bring the rodeo to a nationwide audience, so be sure to smile for the camera!

Not only is the Dickies Arena bigger, the new Simmons Bank Plaza on the east side of the arena offers more opportunities for entertainment before and after the rodeo. The Bud Lite Roadhouse will move to the Plaza, allowing patrons to boot scoot the night away. If you’re feeling less honkey tonk, the brand new Corkyard on the Plaza offers a place to meet friends and enjoy wine and light fare before and after the rodeo. Little ones can watch the riders and animals getting ready for the rodeo through the glass walls of the Pavilion, and the views from the Plaza across Downtown cannot be beaten.

Many people have wondered what will happen to the Coliseum during the FWSSR, now that the rodeo has moved to Dickies Arena. For years, the Auditorium in the Coliseum sat vacant during the Stock Show. The area was needed for parking for box seat holders. Now that parking has moved to the spacious parking garage, the Auditorium is back in action. On January 24, the acclaimed country a cappella group Home Free will perform in the Auditorium, and on February 5, rock legends Foreigner take the stage where Duke Ellington and the Rolling Stones once performed. 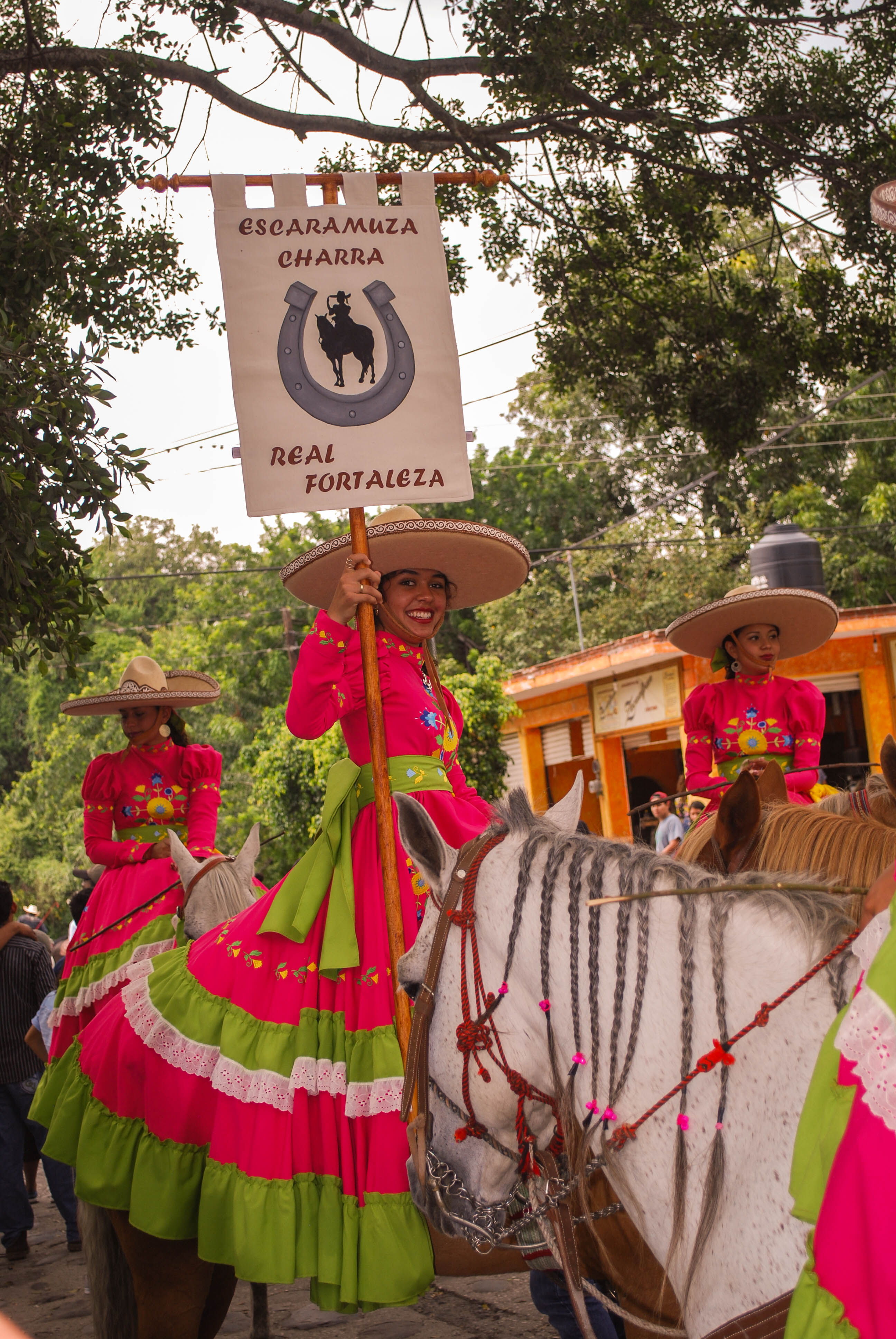 Also taking place in the Coliseum is the first FWSSR Texas Invitational Escaramuza Competition. Escaramuza is the only female equestrian event in the traditional Mexican charreria, or rodeo. Inspired by the adelitas, women who fought in the Mexican Civil War, escaramuza competitors wear traditional costumes, including beautiful dresses and sombreros, and ride side-saddle while performing synchronized equestrian “dances” to music. The Texas Invitational Escaramuza pays homage to the FWSSR’s long Latino heritage.

Other states were carved or born,
Texas grew from hide and horn.

Other states are long and wide,
Texas has a shaggy hide.

The Fort Worth Stock Show and Rodeo has long kept Texans connected to their roots in the farmyards and on the acres of the great ranches. In making the move from the Will Rogers Coliseum to the Dickies Arena, the FWSSR hopes to embrace its heritage while evolving into a true powerhouse in the world of rodeo. As announcer Bob Tallman always says, “This thing is legendary!”