My greatest loves are wiener dogs and world travel, which often go together like banana pie and pâté. From the Champs-Elysées to streets of Seattle, from the California coast to the beaches of Maine, a sausage-shaped dog has strutted by my side, always on the lookout for an unguarded sandwich or a new stink to sniff. 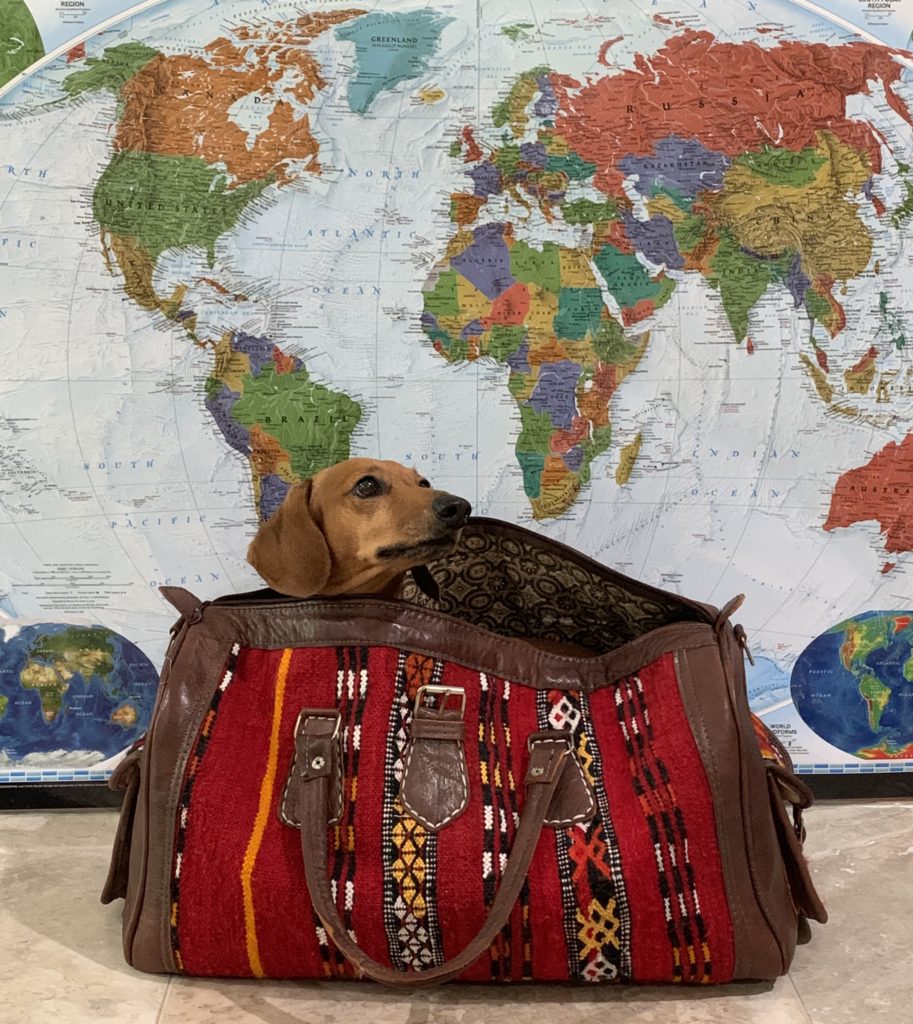 These stubby little hounds have no idea how small they are or how ridiculous they look. They march around this world like they OWN it. Dachshunds (German for “badger dogs”) were bred with short legs to hunt badgers in their burrows. Their abbreviated stature makes wiener dogs the perfect size to stuff into a backpack or under an airplane seat.

Some fly better than others. One of my wieners slipped out of his carrier mid–flight while I was sleeping, sneaking under several rows of seats to lick a flight attendant’s leg. Her scream woke me up. Another time, I had a puppy become over-excited in the airport and let loose a river of urine down the front my shirt – right as I was boarding a flight. I marinated for the next three hours.

My current dog Steve handles airplanes like a champ. He’s racked up thousands of frequent flyer miles, sitting as still and quiet as a church mouse from take-off to landing. When I pop him out of the bag at the end of each flight, my seatmates are always surprised to discover that I have a dog. Never mind the fact that I’ve been talking to the bag at my feet the entire time. 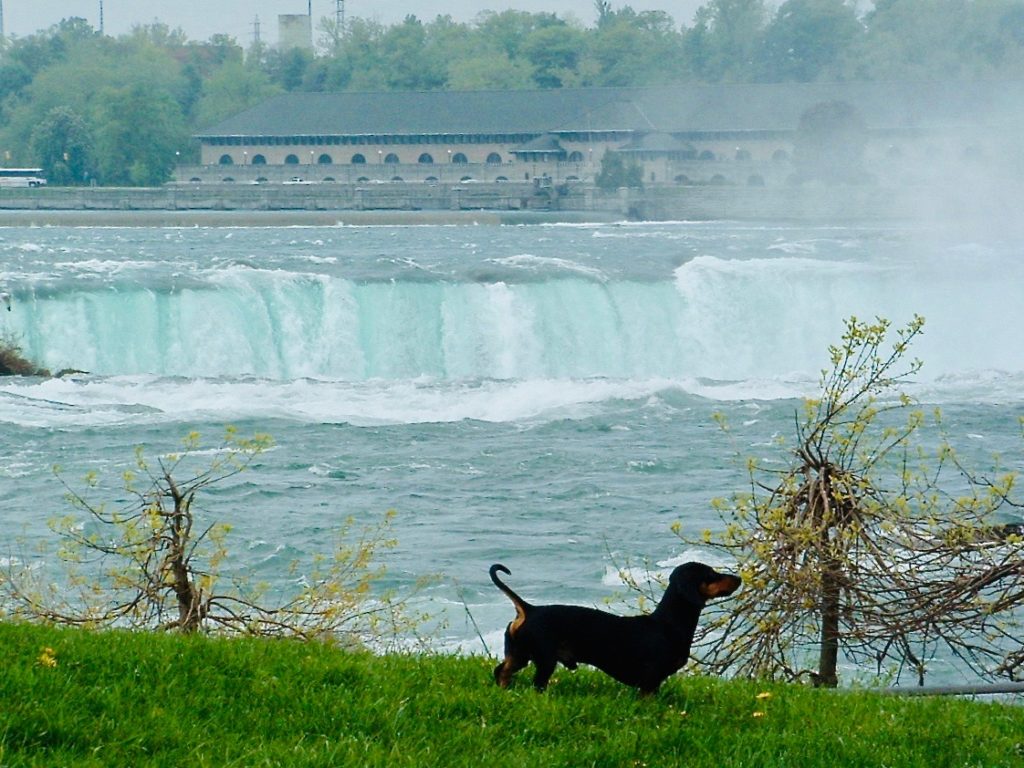 Road trips with wieners require special care: frequent stops to run off energy, plenty of fresh water, and sometimes there is some smuggling. Driving from Los Angeles to Fort Worth with Steve as my co-pilot, I had planned out a pet-ready route with dog-friendly hotels along the way. What I hadn’t planned on was an ice storm in West Texas, which forced me to divert. I couldn’t out-race the storm, and I couldn’t sleep outside in the sub-zero temperatures – and there were no pet-friendly hotels within 100 miles. So I smuggled my wiener dog into the Hampton Inn under my shirt, like I was pregnant with a lopsided meatloaf that smelled like hot feet.

But my best wiener world traveler was King Louis XIV, who crossed the country four times, visited two dozen states, and explored half of France from his home base in Paris. Louis slid into la vie Parisienne like he was born in a beret and bathed in champagne. He pranced. He preened. He pooped in the middle of the street alongside the finest of French poodles – and I dutifully picked it up, like a humble maidservant for his royal highness.

Louis charmed the pantalons off the dog-loving Parisians, who gathered in crowds to watch him frolic in fountains. His favorite pastime was rescuing leaves from the water, pulling one leaf after another to safety on dry land. He fetched tennis balls in the Seine River and slobbered on the Eiffel Tower. He cavorted in chateau gardens and slinked inside Nazi bunkers on Normandy Beach. 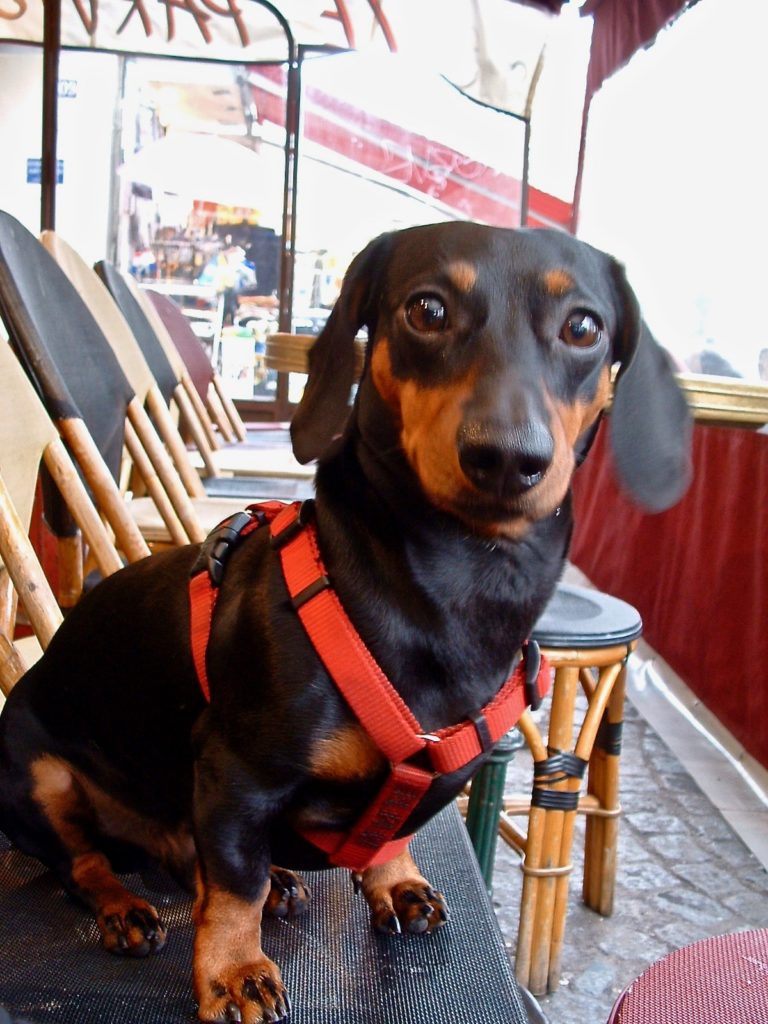 Louis soon became something of a célébrité in my neighborhood. Restauranteurs insisted that he take a seat at the table, where he gobbled up meatballs and shredded napkins in delight – to admiring applause. We could hardly walk down the street without someone giving him a plate of steak tartare or a long strip of gyro meat. That little mongrel ate better than I did.

I flew back to Texas to surprise my parents that Christmas. After a stop for Mexican food (of course), I taped Louis inside a large cardboard box, addressed it like a shipment from Paris, and set it on their front porch. Then I rang the doorbell and hid. My dad answered the door and opened the package.

“Somebody left a dadgum animal on our porch!” he exclaimed, far less than thrilled about this wriggling newcomer. My mom arrived just in time to see Louis burst out of the box. She knew immediately that it wasn’t just any dadgum animal. It was MY dadgum animal, which meant that I had to be somewhere nearby. She flung open the front door and started screaming my name into the street. Best. Christmas. Ever. 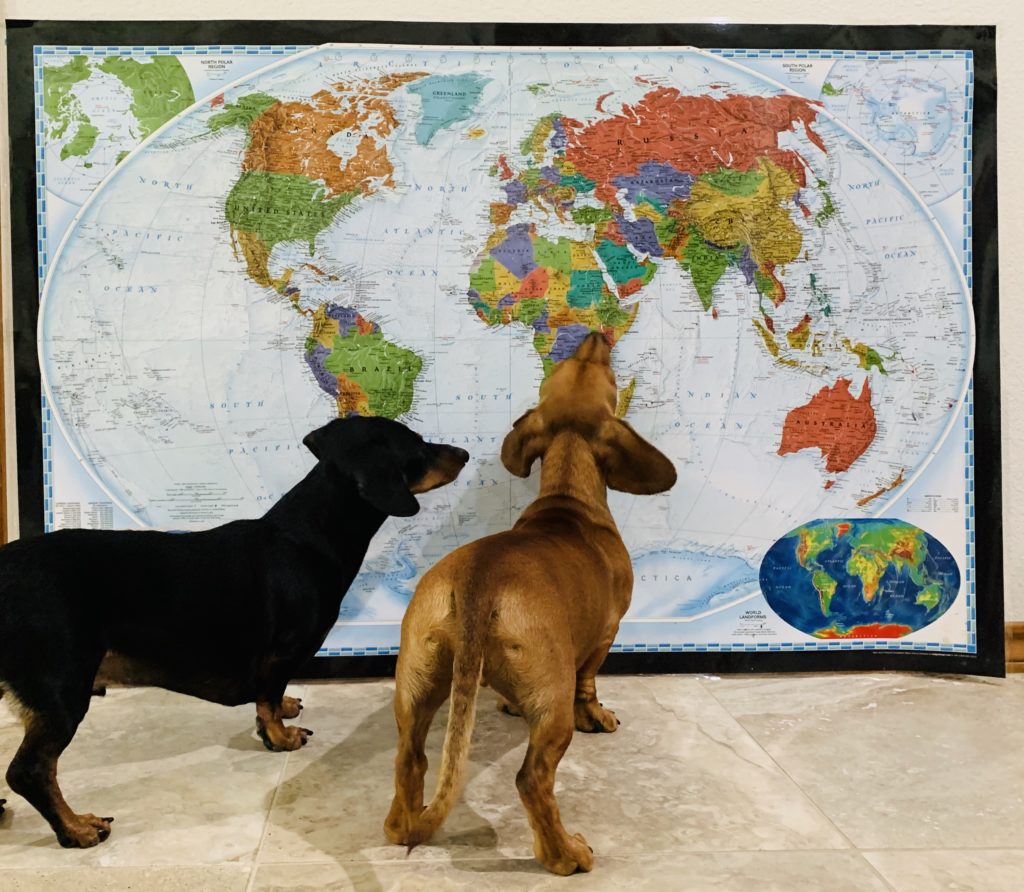 While Louis is long gone, Steve has settled into life here in Fort Worth with his little brother Lenny, who has yet to venture outside of Texas. But it’s only a matter of time, because it truly is a small world after all – even for long dogs. 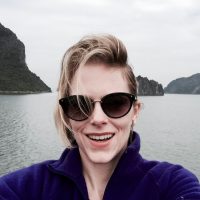