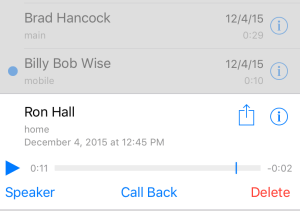 It was Friday, December 4, 2015 at 12:45pm and I received a voicemail from Ron Hall. I can remember this exact moment because I was at Friday tennis drills. It’s a luxury I afford myself every Friday to “de-stress” from the week. I never stop down to work during this blessed hour and a half, but it was RON HALL and I had been communicating with his daughter Regan about interviewing him for Tanglewood Moms.  I had hatched the plan to launch a new podcast and thought he would make the perfect first guest. I called him back immediately and he told me he was happy to do the interview. I literally jumped up and down after stepping back onto the courts because I knew this was going to be amazing. 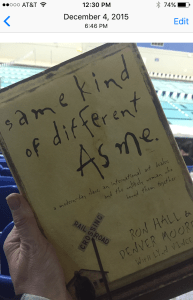 I was familiar with the story Same Kind of Different As Me, but I had to confess to Regan that I had not yet read the book. That afternoon I ran to purchase a copy so I could get started. At the time my son was swimming with FAST at the Wilkerson-Greines Activity Center off of I-20 and his practice gave me an hour to get started on the first few chapters. It only took getting through Chapter 3 and the tears starting flowing. A lot of them. I didn’t expect to get immediately so connected to a story, but I was hooked. The real-life story of an international art dealer is juxtaposed with a modern-day slave/homeless man. Both living quite extraordinary lives on the opposite end of the spectrum, yet both going through the full range of the human experience with all it’s supremely intensified emotions.

That evening after we put the kids to bed, I dove back into the book. The next morning I didn’t get out of bed until I finished it. My daughter told me “Mommy, please stop reading that book, it’s making you sad”. That sweet girl of mine didn’t understand that I wanted to cry. Each chapter was giving me faith that I had lost in the last few years that I didn’t even realize I was so desperate to have back. In numerous spots throughout the story you are brought to tears and in particular to the life and death of Ron’s wife Deborah Hall. Her courage and perseverance in realizing her dream of helping to build a homeless shelter where everyone is treated as “God’s people”, not as an afterthought is incredibly inspiring, especially because that dream is being met year after year at the Union Gospel Mission of Fort Worth. Her other dream of her husband befriending a homeless man who was a wise man is absolutely without question a divine one.

I don’t want to give away too much, but if you haven’t read it yet I urge you to run to the nearest bookstore or order a copy online. Throughout the chapters Ron describes the people and the setting. Much of it based in Fort Worth and if you have spent any time here you will recognize those spots and the people and recall your own memories about them. That feeling of personal connection really drew me in and I had to message Regan about it. 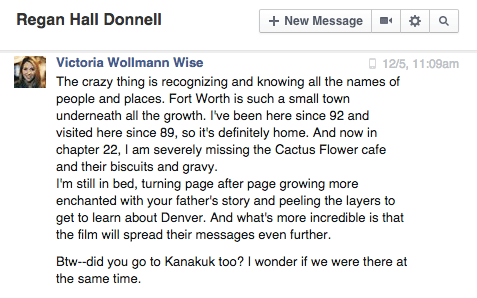 Sure enough, Regan had been a kamper at Kanakuk. And sure enough we were there at the same time. Early that year I had been cleaning out my desk and getting rid of old papers (I’m not quite hoarder status, but I do have issues with throwing away good memories). I remembered that in the bottom left hand corner of my desk I had saved the Kamp roster “ditto” from 1986. I had no idea why I felt it was important to save it, but on December 5th of last year I pulled it out and there were our names. She was a year older in cabin 16 with her address on Greenway Rd in Fort Worth and I was in cabin 10 with my childhood address in Duncan, Ok. I’ve always had such fond memories of summers spent at Kanakuk, their “I’m third” motto has stuck with me throughout my whole life, yet I haven’t always lived by it. I’m prepared to reinvigorate that statement back into my life.

From 1999 to 2004 I worked full-time and part-time at Inscriptions on the Boulevard on Camp Bowie. I was also running my first business then, but was able to work alongside many other wonderful women at the shop, several of us are still friends today. Ron mentions one of these women, Mary Ellen Davenport,  as a close friend to both he and his late wife. I didn’t find it surprising to learn that it was she that helped find the book a publisher, Thomas Nelson. After I had finished reading it, I ran into Mary Ellen at Central Market and was nearly in tears describing how life-changing the book had been for me. I’ve actually never uttered the words “life-changing” about a book, but it’s exactly what I experienced late last year.

The book brought me closer to God and to find ways to allow the Spirit to fill me and do good works. What has been years of “me me me” is being replaced with “what can I do?”. Ron and Denver carried Debbie’s torch and it shines brightly not only in Fort Worth but in cities nationwide. Their story has inspired so many generous people to give millions of dollars to help the homeless. I consider myself incredibly lucky to help share their story through this blog post and in the first and second episodes of Fort Worth Podcast, which launches tomorrow on Leap Day.

Ron and Denver’s book will premier as a major motion picture later this year starring Renee Zellweger, Jon Voight, Djimon Hounsou, and Greg Kinnear.  I.Can’t.Wait. {insert high 10 emoji} Ron has worked long and hard at seeing this film to its completion and it’s our duty as Christians and Fort Worthians to read the book, to go see the film, and to find a way to help somebody. WE can keep spreading the message. Denver, who passed away a few years ago had many sayings that struck a chord, this one for me is especially inspiring, “Most people want to be circled by safety, not by the unexpected. The unexpected can take you out. But the unexpected can also take you over and change your life. Put a heart in your body where a stone used to be.” 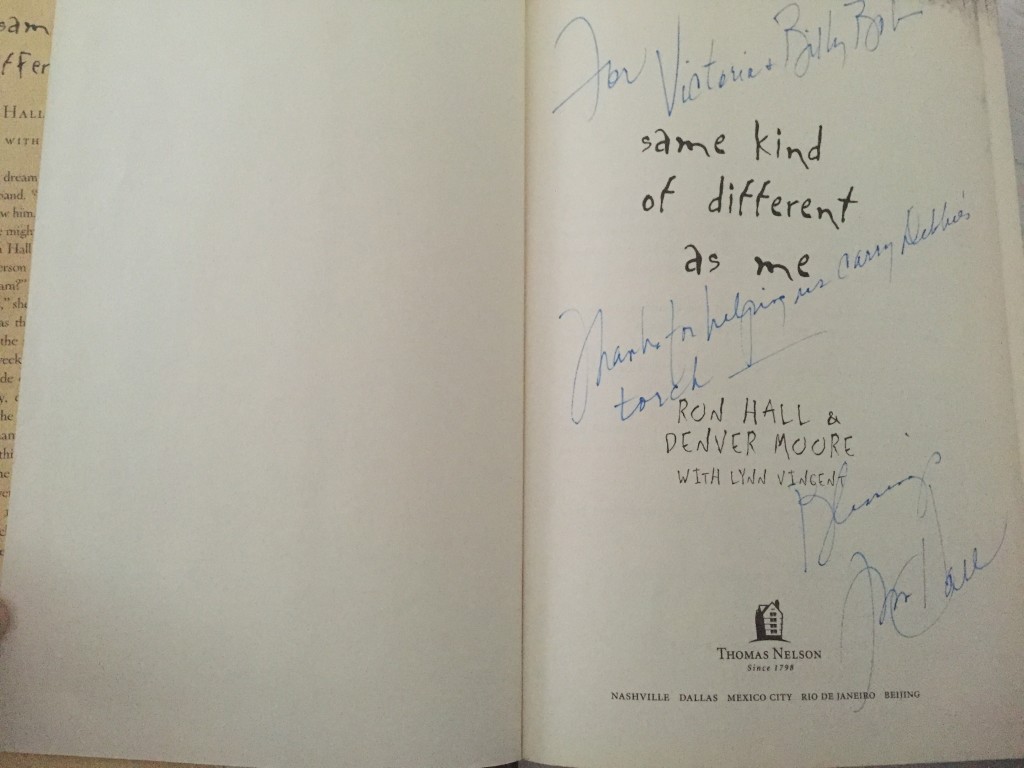 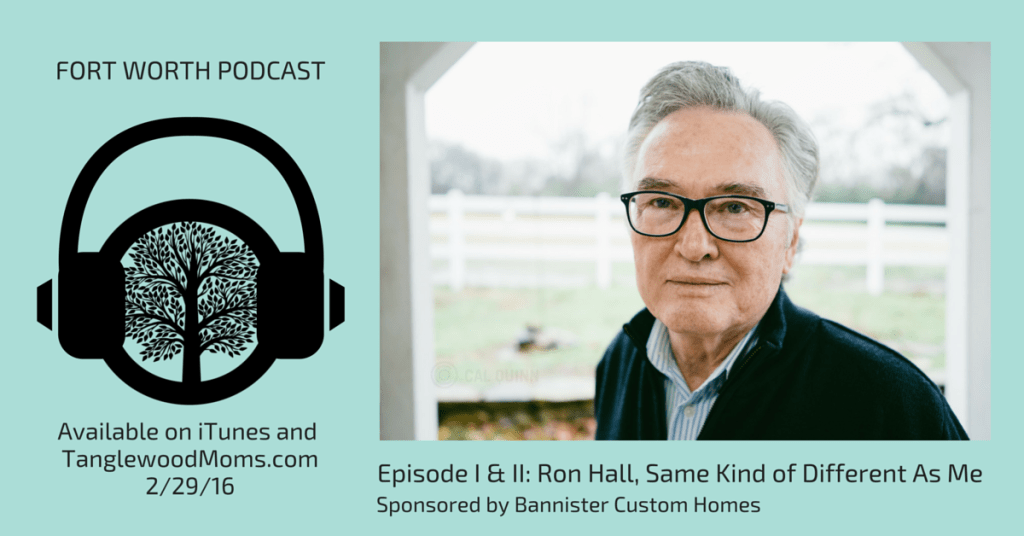