When We Were Very Young Under the Stars

Hip Pocket Theatre’s 46th season continues Aug. 5 with a three-week run of When We Were Very Young at its amphitheater under the Texas stars at 1950 Silver Creek Dr. Performances are at 9 p.m. Friday, Saturday and Sunday through Aug. 21, and tickets are available on the Hip Pocket website.

When We Were Very Young, by A.A. Milne, is the first book in the Winnie-The-Pooh series. In this first book, Pooh is not yet Winnie-The-Pooh. There is a teddy bear and a swan Christopher Robin calls Pooh. Adapted for stage by Lake Simons and John Dyer, the duo has created a story that transcends generations and resonates with the child in all of us. Dyer composed the music and will play it live during performances. 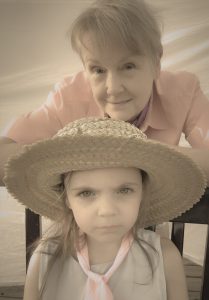 Technical direction is by Megan Beddingfield; costume design is by Susan Austin; puppetry design is by Lake Simons; lighting design is by Nikki DeShea Smith; and the stage manager is Jake Olds.

In adapting When We Were Very Young for the stage, Simons and Dyer first selected the poems that allowed for a simple journey to be taken by the child, moving from inside to outside, experiencing animals, nature and the world around them, before returning home again. This is the 14th Simons and Dyer collaboration, many of which have been performed at Hip Pocket.

Lake Simons, managing artistic director of Hip Pocket Theatre, is a Texas-raised and Brooklyn-based director, designer, puppeteer and physical theatre performer. For over 25 years, she has contributed as a director, performer and designer with Hip Pocket. She has had a lengthy career in New York and Texas, creating experimental movement and puppetry-driven theatre. Simons has received multiple Jim Henson Foundation grants to support her original puppetry productions. Simons was the associate puppetry director for Warhorse on Broadway as well as for the National Tour. Her formal education includes Ecole Jacques Lecoq in Paris, France, and the North Carolina School of the Arts, and she teaches in the theatre department at Sarah Lawrence College. 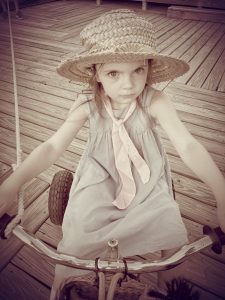 John Dyer is a songwriter, composer, musician and theatre and visual artist.  Founder of Fort Worth’s Drama Tiki (1992-1998) and music director for North Carolina’s Paperhand Puppet Intervention (1999-2001), he now lives in New York, where he’s performed at The Living Room, St. Ann’s Warehouse, HERE, Dixon Place and La Mama. He has produced several solo albums and he is the recipient of multiple ASCAPLus Awards, Meet the Composer Grants and Dallas Fort Worth Theatre Critic’s Forum Awards.

Adult tickets are $25 on Fridays and Saturdays and $20 on Sundays, with reduced prices for seniors, military, teachers, students and children 12 and under. Tickets are available online on the Hip Pocket website. The gates open at 7 p.m. and performances are at 9 p.m. There is no late seating.

The Hip Café in The BackYard opens at 7:30 p.m. and offers beer, wine, soft drinks and snacks for purchase before or after the show. No outside food or beverages are permitted. Live music in The BackYard begins at 8 p.m. and follows the performance.