A Whirlwind of Emotion: Lungs at Stage West

Lungs at Stage West is first of all a curiosity. What kind of play is called “Lungs” anyway? And what should we expect from a two-person cast tasked with exploring “the different types of love in a lifetime?” Quite a lot, as it turns out. 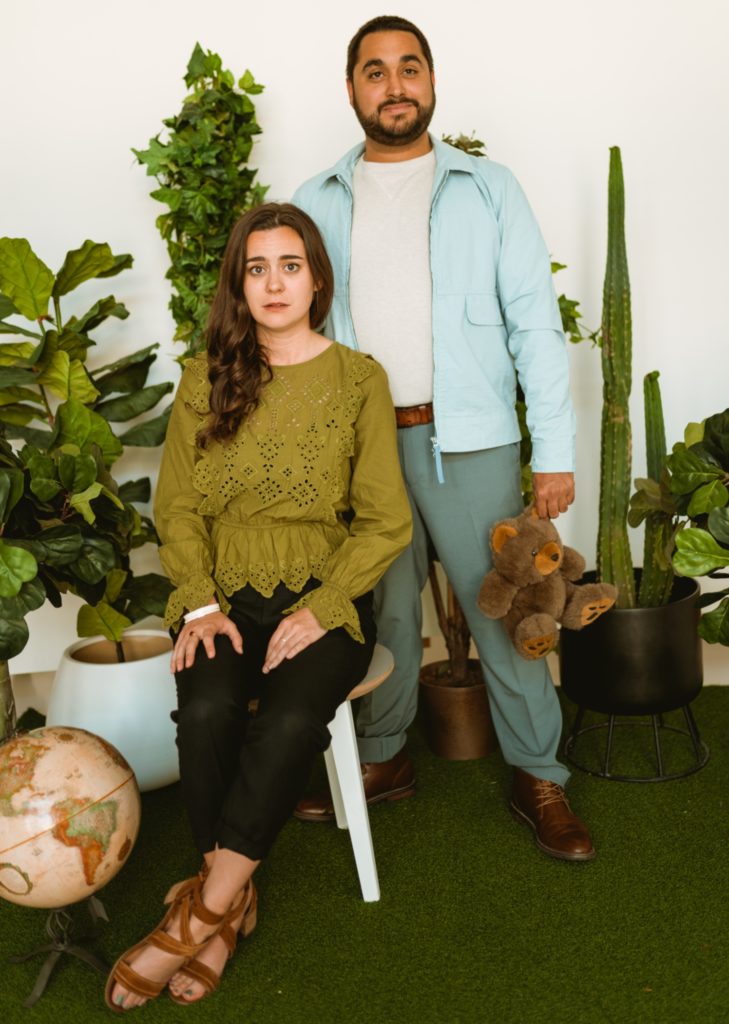 Ruben and Dani (both the actors’ names AND character names, ostensibly; alternatives are not listed in the program) are a 20-something, educated, upwardly mobile couple struggling with the decision of a lifetime: whether or not to have a baby. And not just grappling with their adequacy as parents (they’re “good people,” right?), but with the existential questions of bringing new life into an ever-warming, ever volatile planet where ultimate survival is uncertain and where new life could even perpetuate the problem. Throw in issues surrounding conception, infidelity and a bunch of first-world problems, and you’ve got yourself a high-stakes, intimate drama — creatively directed by Carson McCain.

My more conservative-leaning friends will probably find swaths of thematic material tiresome; they won’t connect with much of the angst generated by an agnostic worldview involving apocalyptic visions of man-made climate disasters. My more liberal-leaning friends will feel validated in their concerns for avoiding impending planetary disaster. But no matter who you are, this really isn’t a political play. Not at heart. Deep down, it’s really about two people growing older, wiser, and grappling with what it means to love — and evolve with — your partner, all while stressful, Ultimate Questions remain unanswered.

(If you think you DO have a few answers to Ultimate Questions, well again, it might be harder for you to connect with some moments here. At any rate, the play isn’t interested in providing answers. That’s deliciously not the point.) 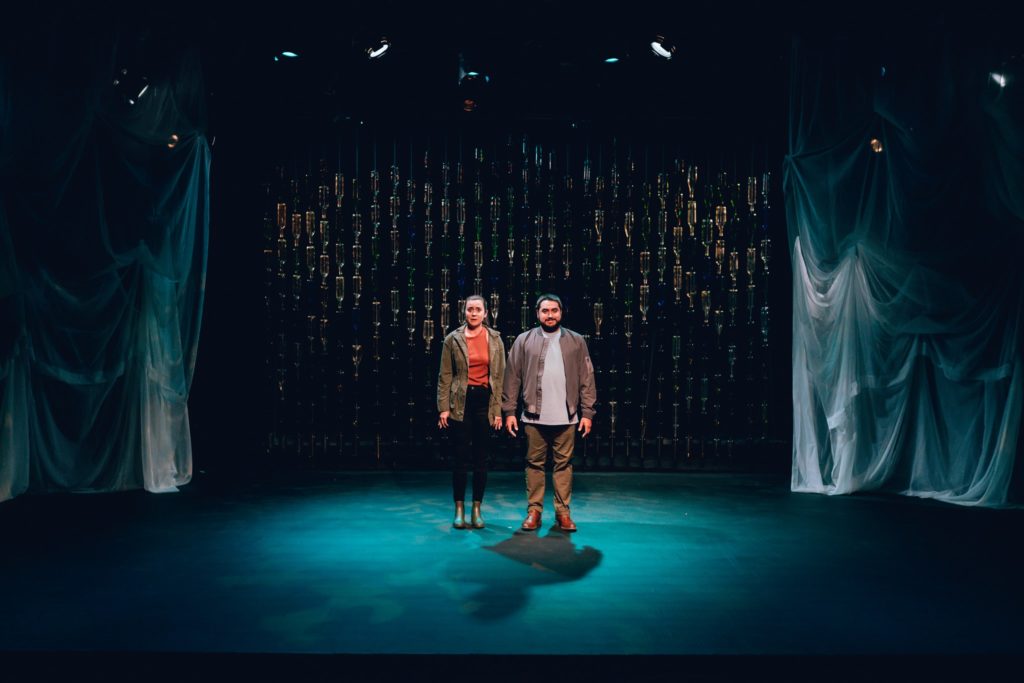 Dani is a high-strung, verbal-processing hurricane, enveloping her boyfriend Ruben with gale-force emotional winds. She’s like Meg Ryan from all her movies ever, only more neurotic and with thrice as many words. Ruben is more laid back, but not really; his apparent calm is really a paralysis rooted in his inadequacy to deal with Dani’s emotions and her exceptional ability to overthink Every. Single. Thing.

The actress Dani Nelson — not the character — achieves a feat of memorization I have hitherto never before witnessed. With a packed script written by Duncan MacMillan — who must be an Aaron Sorkin acolyte — she was tasked with delivering long stream-of-conscious monologues that left the audience truly breathless. (I thought, in the first five minutes of the play, that THIS was why it’s called Lungs: nobody breathes!) In one ironic moment, Dani is moving through yoga poses as though a downward-facing dog could help calm her down. (It doesn’t.) I didn’t realize how terrifying having a baby actually is! And I’ve had TWO!

But once the play gets past the first fifteen minutes or so, we begin to see the genius of the script and of the direction. We experience the shifts between time, place, and situation happening seamlessly, with minimal (ok, zero) set pieces and props (zero), no costume changes, and very little lighting or sound adjustments. (The production itself feels carbon-footprint-conscious. Nice touch.) It is the actors themselves who bring us along beautifully from scene to scene — from the crowded Ikea line, to the bedroom, to the park, to a Starbucks, to a cemetery many years later. Time, place, and situation may change, but at our core, we don’t change that much. Until we do.

My favorite moment in the play was Ruben’s monologue to a sleeping Dani. Ruben Carrazana, the actor, thoroughly inhabited that moment as a vulnerable, confused boyfriend in a way that seemed so effortless — a hallmark of fine acting. There were moments in the conversations between Dani and Ruben that felt a little too (wonderfully) close to home, a little too real; almost as though I had been spied upon, and it’s THAT jolting sense of recognition and immediacy we theater people thrive upon creating, a “happening,” as famed director Peter Brooks might call it. The last ten minutes of the play between Ruben and Dani and their ultimate “destiny” were so dramatically satisfying I could barely breathe for the power of it. (Again with the not breathing!)

So if you’re feeling up for a whirlwind of emotion, hard-hitting issues and impressive performances, ride your non-pollution-emitting bicycle down to Stage West for Lungs.

If you need something lighter in these heavy days of ours, well…don’t.

Lungs runs through August 18. Be advised, there’s millennial-grade use of the F-bomb throughout and frank discussions of intimacy, miscarriage and fertility issues.

Julie Rhodes has performed on many Fort Worth stages, including Casa Manana, Circle Theatre, Amphibian Stage Productions, and Stolen Shakespeare Guild. She is mom to Drew and Madeline, and to Eloise, the family pug. Visit juliekrhodes.com.