From Alcohol to Hand Sanitizers: Local Distillery Switches in Crisis 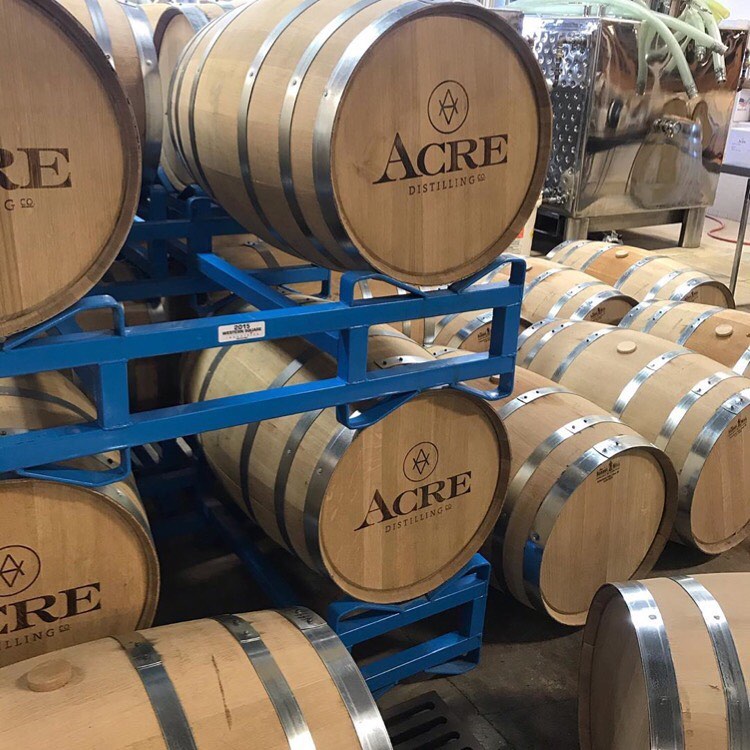 This was going to be the year for Acre Distilling and its production of alcoholic beverages in small batches. Yearly revenue was ticking up at an average rate of about 8% in the last four years. In the first two months of this year, the business had grown by almost 25% compared to last year.

The momentum suddenly came crashing down due to coronavirus, the pandemic respiratory illness that has caused customers to avoid public spaces and large gatherings.

“And you just don’t know how long this is going to go on for,” Acre Distilling’s owner Tony Formby said. “The whole economy is taking a real gigantic hit.”

Although customers coming in to enjoy several of Acre’s local favorite spirits are dwindling, the distillery now has found a separate use for its products.

Staggered by the difficulties of finding cleaning supplies in the market while many are hoarding disinfectant and other items, Formby decided to take matters on his own hands.

The Fort Worth distillery is making its own hand sanitizer and disinfectant spray. 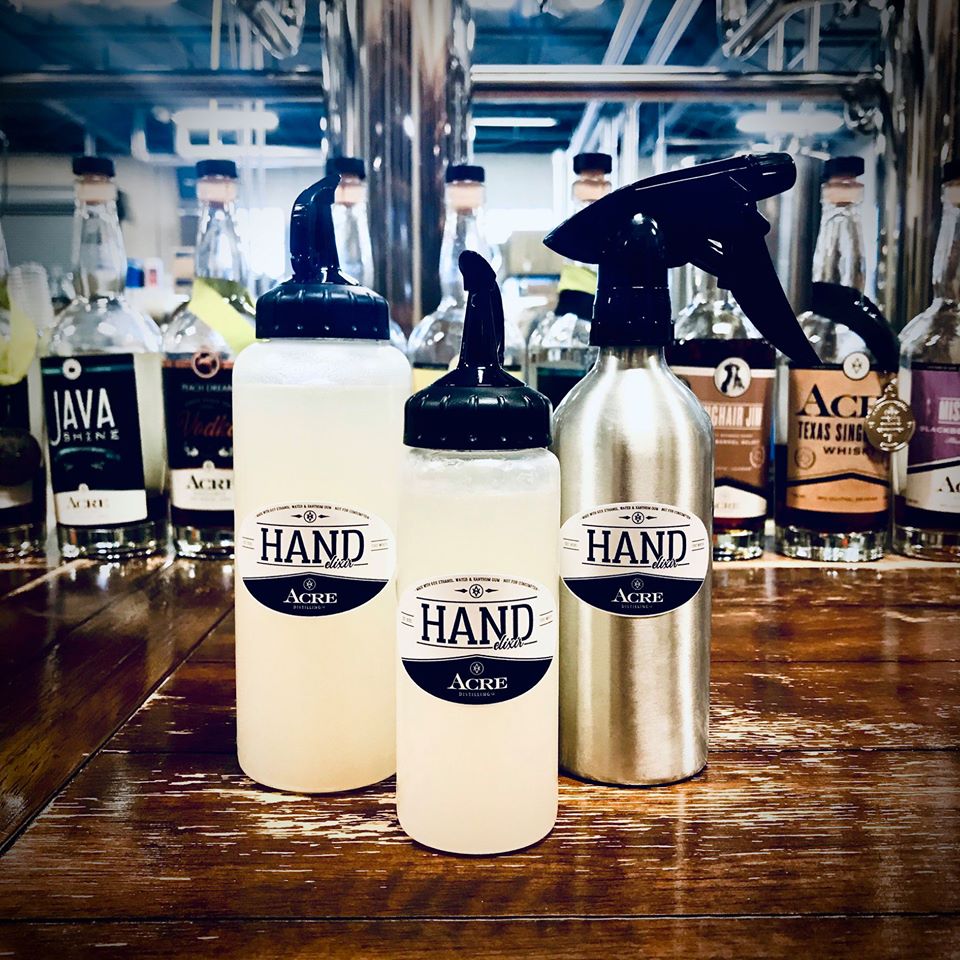 One of the main active ingredients in such disinfectants is always readily available at Acre Distillery: alcohol. The hand sanitizers and disinfectant sprays are being made with grain neutral spirits, which are used to make vodka and gin.

“It disinfects and is probably lot cleaner than most other [disinfectants],” Formby said. “We’re using pure ethanol.”

Vodka is made by fermenting grains, like corn, rice or rye – or potatoes. Upon distilling or heating in a container, the alcohol evaporates and separates from the water. Typically, vodka is 80 proof.

Acre’s disinfectant spray is diluted from 190 proof, or 95% ethanol, to 140 proof, or 70% ethanol, with water. The hand sanitizer has similar strength and is combined with water and xanthom gum, a locally available, plant-based thickening and stabilizing food additive. A higher  concentration of ethanol will evaporate more quickly.

Regulatory restrictions may not permit Acre to sell or even give them away to people. But there may be other ways to distribute them.

“If the hand sanitizers disappear from the tables, so be it. We will replace them,” Formby said. [Editor’s note: this article originally appeared before the closing of bars and restaurants.]

Formby is also hoping and seeking authorization from local government to produce the disinfectants on a bigger scale and distribute them.

The Distilled Spirits Council of the United States, a trade group, has been in touch with federal regulatory agencies as well as the Trump administration’s coronavirus task force to clear red tape and “make sure we can be quick and nimble and fill a need in the marketplace,” said Chief Executive Officer Chris Swonger. “We all want to do our part.”

Brad Plummer, spokesman for the American Distilling Institute and editor of Distiller Magazine, said he’s been seeing a lot of talk among distillers interested in converting part of their operations to hand sanitizer.

“The hospitality industry is going to be decimated by this and they are our primary clients. We’re looking for ways to help in the response to this, but also to find other ways to look for revenue streams,” he said.

But that is all still a big if, as the coronavirus health crisis looms larger with each passing day.

“Who knows? The next few weeks are going to be really tough and I don’t know if it’s going to be worth it or the right thing to do to stay open,” Formby said. “I can see how people want to keep their employees working. But at the same time by staying open, we might be endangering the health of the community.”

This article, written by Neetish Basnet, originally appeared in the Fort Worth Business Press.