One of the worst parts of COVID-19 quarantining is separation from the grandkids. Adult children understand. The grandchildren don’t.

The relationship with grandchildren is a special one. Some say that’s because they have a common enemy.

My own youngest is cute as a button with her little mask on, but she doesn’t really know why I am hesitant to pick her up when she runs to me. 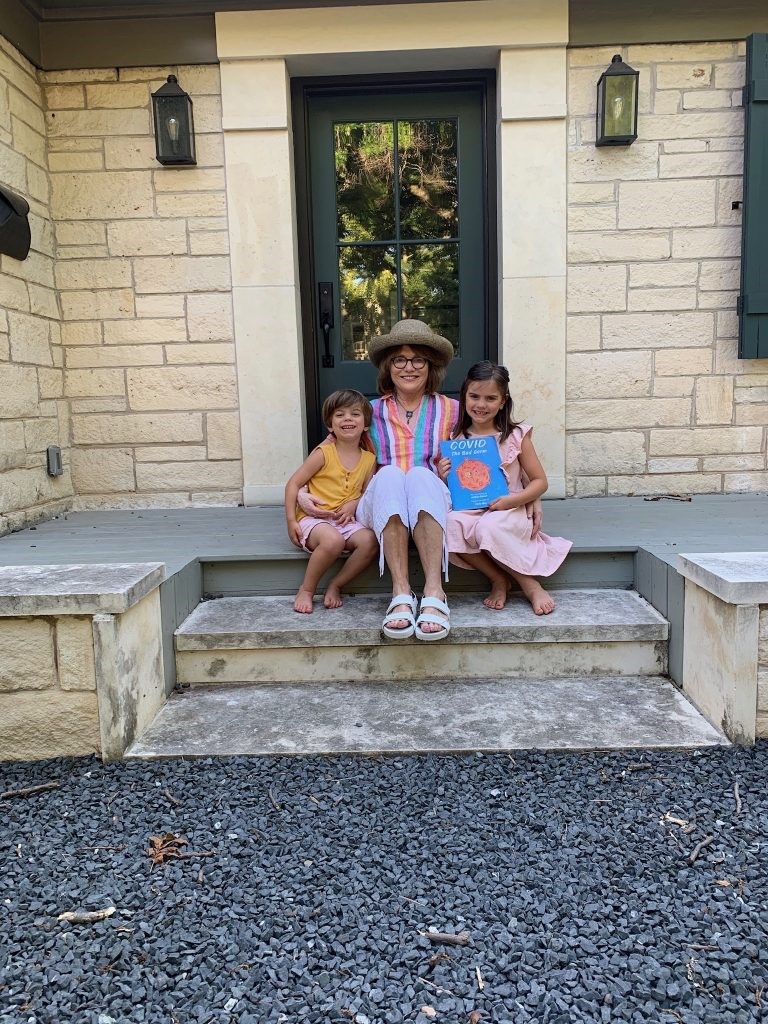 Her two older grandchildren, Violet and Roman Rosenthal, who are 4 and 7, live in Austin. In March, they were planning to come to Fort Worth to spend spring break with her and her husband, Jim, who have three children.

“But the trip was cancelled due to the virus,” she says. “They didn’t really understand why they couldn’t come.”

So, with a free week, she decided to write a children’s book that adults could use to explain the pandemic to kids. 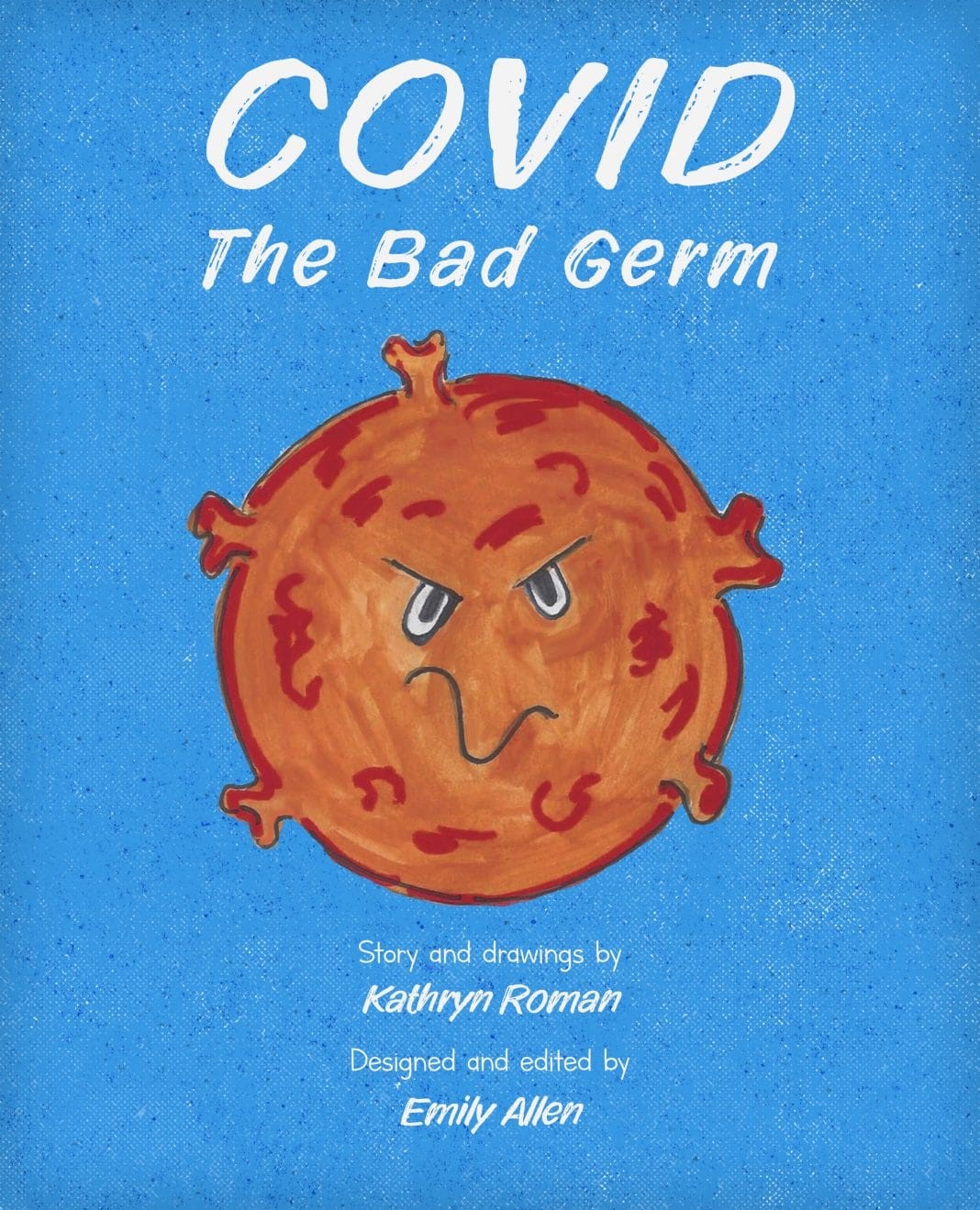 The result is COVID The Bad Germ, written under the name Kathryn Roman, her maiden name.

She’s a former Fort Worth ISD art teacher. She wrote the text and did the watercolor illustrations. Her daughter, Emily Allen, edited and designed the book.

“I consulted with numerous doctors, nurses, parents and teachers to ensure that the message was age-appropriate and correct,” Rosenthal said.

The idea was to explain COVID in age-appropriate language, emphasize safety measures everyone should know, give recognition to front-line workers like doctors, nurses and teachers, encourage dialogue between parents and children and give hope that COVID can be conquered.

It does all of that and more.

There are delightful inside family touches.

Strange name – unless you are a Rosenthal.

Rosenthal was born in Evanston, Illinois, and would take the kids to see her parents in Northbrook, Illinois, every summer.

A traditional treat was an annual summer pilgrimage to Wrigley Field for a Cubs game.

“My parents were big fans. My mother called them the ‘Cubbies,’” she said. “She and Emily got a kick out of the man walking in the stands selling beer ‘Cold Beer! Cold Beer!’ Only to little Emily’s ears, it always sounded like ‘Cold-y Bear,’ which eventually became Cody Bear.

“Cody Bear was their secret word for anything that was cold. So when it came time to choose a name for our book company, Emily decided on Cody Bear Books,” Rosenthal said.

She said the book has been a family affair, with the idea hatched after the grandchildren’s trip during spring break was cancelled due to the quarantine.

“It never would have seen the light of day without Emily. She graduated from UT’s Moody College of Communication, had an internship with Texas Monthly which turned into a full-time position,” she said.

“She still has some business, but also had time to devote to the bad germ. I am grateful that we had the opportunity to work on this project together,” Rosenthal said.

There’s been a rush on the book of late and it is into additional printings now. It will remain relevant as long as COVID hangs around.

“I enlisted the help of a doctor to make updates to the safety information, so everything is accurate. We’ve had many requests from schools, especially kindergarten and first grade teachers, as they think the book will help them talk about the coronavirus as the kids return to the classroom,” she said.

“COVID The Bad Germ describes how a community, by working together for a common cause, can make a very bad germ go away,” Price said.

Rosenthal is a graduate of Leadership Fort Worth and Leadership Texas.

This article, written by Paul Harral, originally appeared in the Fort Worth Business Press and is reprinted with permission.