A Celebration So Vibrant, So Inspiring

America. The land of the free, and the home of the brave.
Brave? Yes. Free? No.
Well, kinda. “Free-ish” is probably a more accurate term.

On July 4, 1776, what ultimately became the United States of America declared her independence from England. While America was free, there were countless Blacks in America who remained enslaved. In the depths of the Civil War, fought over the right to own another human, President Abraham Lincoln issued the Emancipation Proclamation, declaring an end to slavery. Eighty-seven years after the Founding Fathers held “these truths to be self-evident, that all men were created equal, that they are endowed by their Creator with certain unalienable Rights, that among these are Life, Liberty and the Pursuit of Happiness…” enslaved Black Americans were finally free. 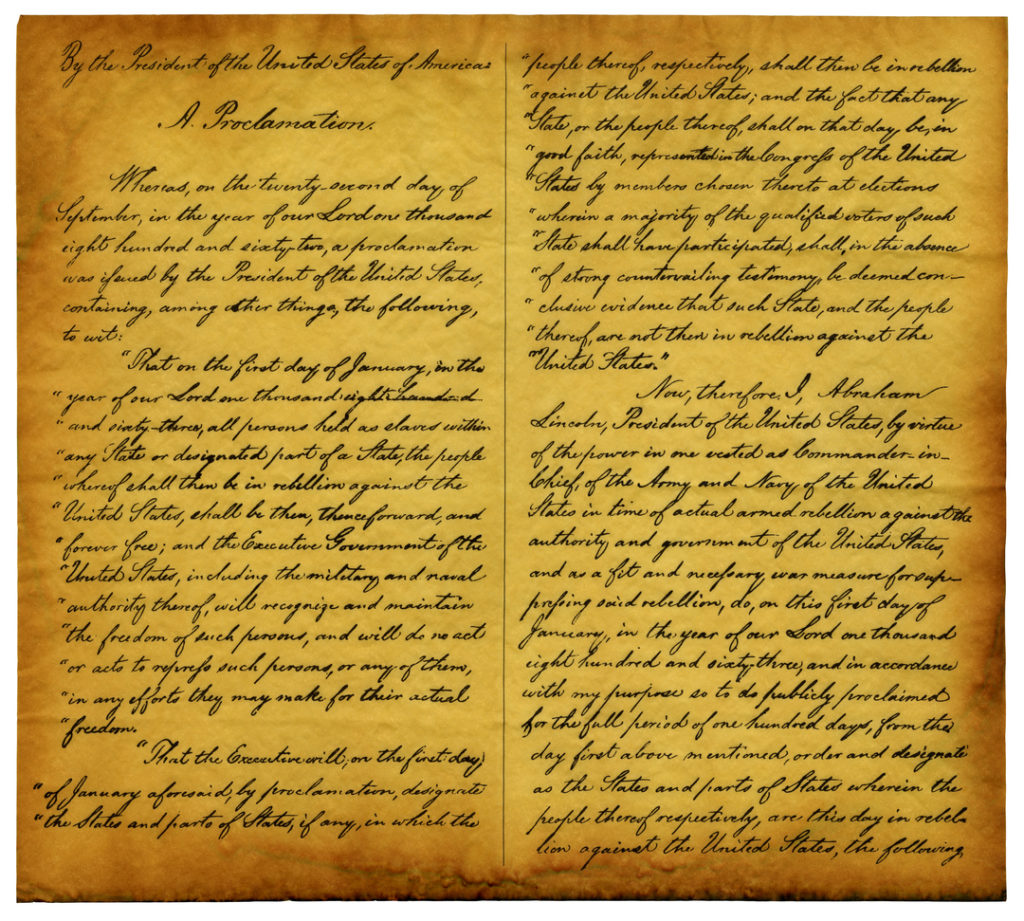 First page of the Emancipation Proclamation

If a tree falls in the forest, and there’s no one there to hear it, does it make a sound? If enslaved people were free, and no one told them, were they really free? President Lincoln’s Emancipation proclamation was issued on January 1, 1863. However, slaves in Texas were not made aware of their freedom until more than two years later on June 19, 1865. 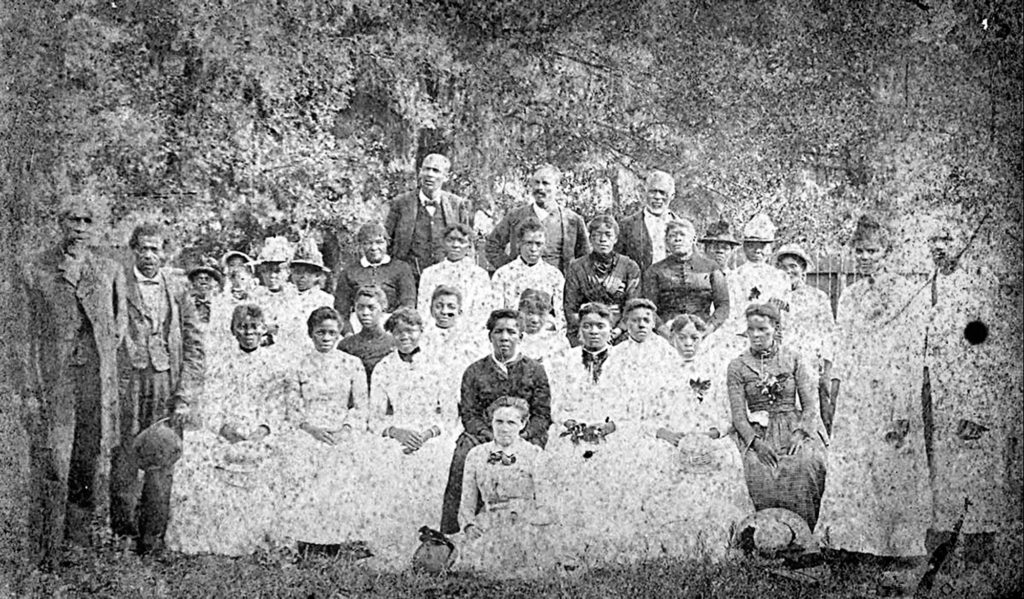 Fort Worth’s own Opal Lee wants to change that.

For the past 40 years, Ms. Lee and her family have celebrated Juneteenth just like they celebrate Thanksgiving and Christmas. In 2016, at 89 years old, she drew national attention when she walked from her home in Fort Worth to Washington, D.C., to bring awareness to the holiday and advocate for Juneteenth to be recognized as a federal holiday. Her passion for Juneteenth hasn’t subsided, and the now–94–year-old activist’s efforts have not gone unnoticed. Ms. Lee’s online petition to get Juneteenth recognized as a federal holiday has received over a million signatures to date.

The recognition of Juneteenth as a federal holiday is a national movement, but Ms. Lee works just as hard here in Fort Worth to ensure that all Fort Worthians recognize, honor, and celebrate Juneteenth. Every year, she marshals “Opal’s Walk,” an annual Juneteenth caravan and parade where she leads parade goers and participants in a 2.5 mile walk to commemorate her 2016 walk to our nation’s capital. 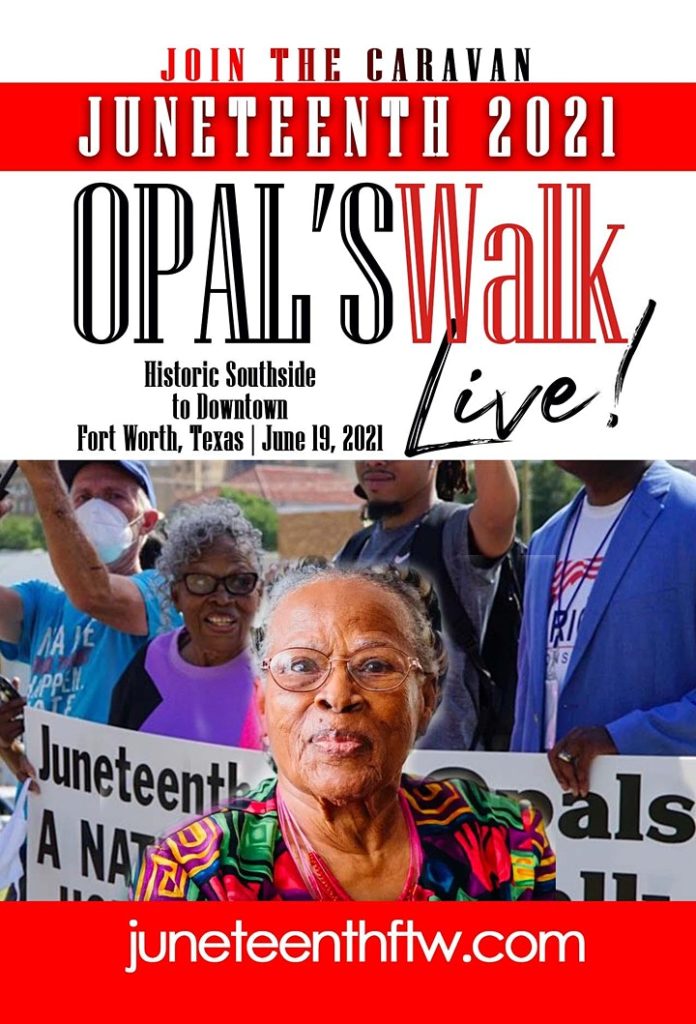 Opal Lee is not the only Fort Worthian putting Juneteenth on the map, though. Channing Godfrey Peoples, another Fort Worth native, is the writer and director of the critically acclaimed Miss Juneteenth, a coming-of-age story about Kai, a teenage girl from the southside of Fort Worth, competing to win the coveted “Miss Juneteenth” pageant title and crown.

As a child, Ms. Godfrey Peoples also regularly celebrated Juneteenth and, through her film, hopes to amplify the meaning of the holiday as well as its historical and current significance to the Black community. 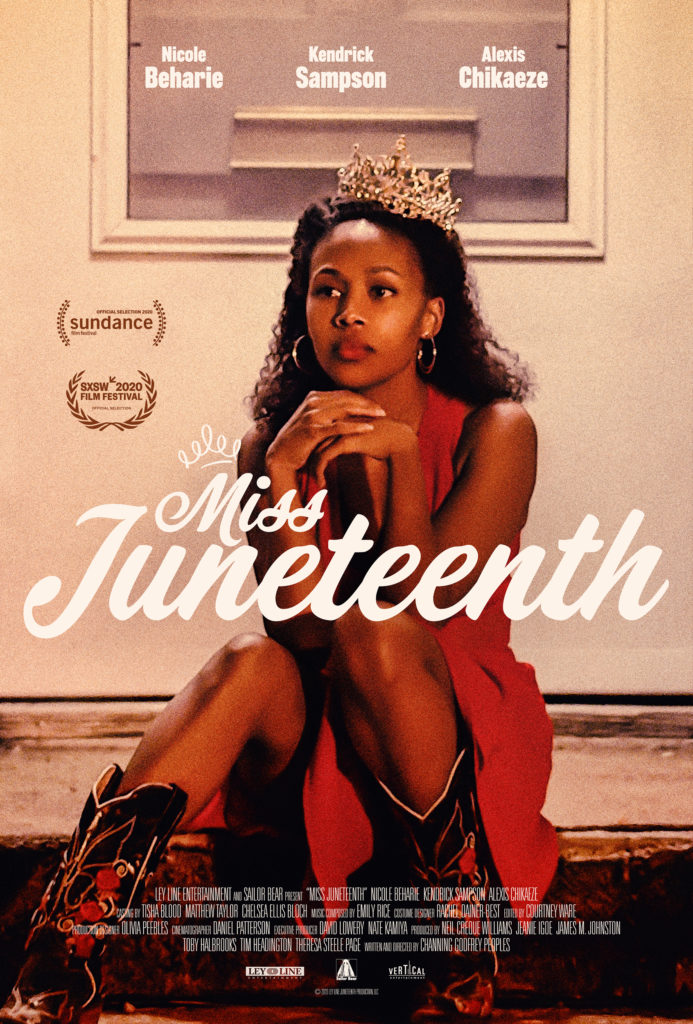 Toni Harrison-Kelly, a Sherman, Texas native, says of Juneteenth: “Juneteenth was my absolute favorite holiday growing up. I got a new outfit every year. My entire family walked in the parade. There was music and dancing and so many people just having a great time celebrating freedom. It seemed like every Black person in our town came out to the Juneteenth celebration. It was always so vibrant and so inspiring. I remember looking forward to it every single year.”

So how do we celebrate Juneteenth in Texas? Well, in short, we celebrate big. Really big. In addition to the annual Opal’s Walk caravan and parade here in Fort Worth, there are numerous events on and around June 19 across the state marked by eating and drinking, singing and dancing, reflecting and remembering. It’s a time for families and neighborhoods to gather and celebrate their heritage and continued community. Opal Lee calls Juneteenth a “unifier” and believes that it is a holiday that all Americans – not just African Americans – should celebrate. And she’s right.

So, how will you celebrate Juneteenth this year?

For more formation on how to celebrate Juneteenth, go to www.juneteenthftw.com 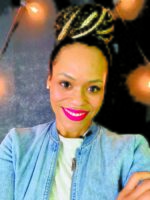 Dr. Sharla Horton-Williams has a 20-year career in early childhood and pre-kindergarten through 12th grade education. She is committed to achieving educational excellence and equity for all students – especially Black and Hispanic students who have historically been underserved in education. She has served as a teacher, assistant principal, and principal in private, public charter, and traditional public schools. Sharla earned a doctorate in curriculum and instruction from Texas A&M University, where her research focused on the role of school leadership in closing the opportunity-achievement gap.