A Nation of Superfans

Remember 1999, the year Shakespeare in Love won buckets of Oscars? You can be forgiven for forgetting, but Saving Private Ryan was the presumed Best Picture winner leading up to the awards. Google Saving Private Ryan, and one featured snippet reads: “Is Saving Private Ryan the best war movie of all time? Yes. The answer is yes.” The film still resonates with fans even now, almost a quarter of a century after it was released.

Music, movies, books, and anything else that can be broadly classified as “pop culture” inevitably build a following of fans, some of whom identify as superfans. A superfan is a person with a deep and abiding (some might be so crude as to say obsessive) love of a particular fandom. While many superfans are content to (not-so) secretly obsess over their particular fandom, some create a way to share their love with others, with tours, cafés, museums, and more catering to superfans and the merely curious alike. Here are some of the most fun superfan destinations in the USA. 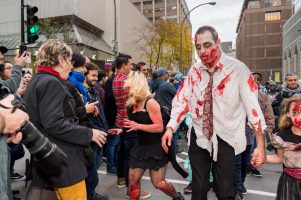 If I had to live through a zombie apocalypse, I’d rather kill those zombies like the brave cast of The Walking Dead that stumble around like someone who was kicked out of the bar at 2 a.m. and can’t find their car keys. (Why do zombies always do that?) The series, which debuted in 2010, still garners three million viewers per episode in its final season. Each March, superfans descend on Atlanta, Georgia, for The Fandemic Dead Tour that features actors from and cosplayers of the series. The nearby city of Senoia, Georgia, which stands in for the town of Woodbury, offers numerous tours. There is also a scavenger hunt, where you and your loved ones can try to survive the apocalypse, and a food tour. 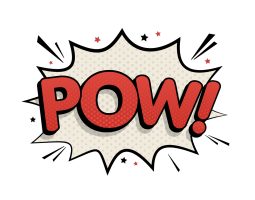 There’s a vocal contingent of cinephiles who wished Thanos made the whole Marvel Cinematic Universe (MCU) disappear, but there are millions of MCU superfans who love every single minute of every single movie. (Having grown up on Stan Lee, I still count myself as a fan of the comic book adaptations.) For the Marvel superfan in your life, the small town of Pauls Valley, Oklahoma, has a toy and action figure museum that is sure to please. Billed as the first museum devoted to the art and sculpting of action figures, the nonprofit has fielded over 50,000 visitors since opening in 2020. Added bonus: it’s only about a two-hour drive from Fort Worth! 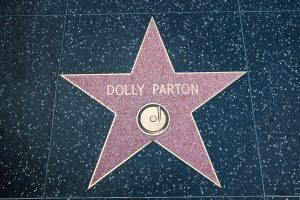 Dolly Parton is a saint. The legendary singer-songwriter has given over 10 million books to children across the world to promote literacy. She partly funded the Moderna vaccine. To promote the inoculation, she sang “Vaccine, vaccine, vaccine” to the chorus of her hit tune “Jolene.” Nestled in the Smokey Mountains, Dolly’s Tennessee Mountain Home at Dollywood is a two-room replica of her childhood home that contains recreations of some of her favorite childhood mementos. Dollywood itself is a sprawling amusement park in Pigeon Forge, Tennessee.

SPAM™ evokes strong emotions. SPAM™ superfans sing its praises while the spiced pork product’s detractors tend to question why canned meat still exists. For superfans, Austin, Minnesota, is home to the SPAM™ Museum, which tells the history of the Hormel company and its most divisive creation. Tours led by SPAM™bassadors (yes, SPAM™bassadors) highlight everything from early cookbooks to photos of World War II GIs enjoying the famous meat.

Twenty-seven years after her death, Selena is still the Queen of Tejano music, and her music and fashion sense still resonate with people today. Corpus Christi, where Selena spent her teen years, is home to the Selena Museum, where superfans can view hundreds of Selena photographs, her awards, and, of course, her iconic outfits. Also in the coastal city is Mirador de la Flor, the sculpture by H.W. Tatum that depicts the Tejano singer looking toward the sea. 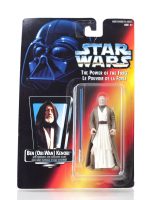 When Walt Disney Studios bought LucasFilm in 2012, Star Wars superfans were brokenhearted. What would The Mouse do to their beloved space epic? Fortunately for the most hardcore of superfans, Disney doesn’t have a monopoly on Star Wars destinations. Rancho Obi-Wan is the world’s largest privately-owned collection of Star Wars memorabilia — a boastful claim that was certified by Guinness World Records in 2014. The Petaluma, California-based museum holds more than 400,000 Star Wars pieces. From bobbleheads to costumes, stage props to unopened action figures, Rancho Obi-Wan is the place for every Leia, Han, and Luke.