Worthy Convos: Preservation and Popcorn at the Isis Theater

Humans have always loved entertainment. Long before “streaming” was a part of our everyday vernacular and experience, people would attend picture shows at the local theater. Some, like the Isis Theater, were grander than others.

Opening in 1914 in the historic Stockyards, the impressive Isis could seat 400 moviegoers, one of which was Hollywood darling Ginger Rogers. But the glory days of the theater ended in the late 80s, and the Isis sat neglected and dilapidated until 2017, when Dr. Jeffrey Smith and his wife, Debbie Garrett Smith, theater lovers, decided to resurrect the Fort Worth relic. After extensive renovations, this resplendent 500-seat venue is back and better than ever – popcorn and all. 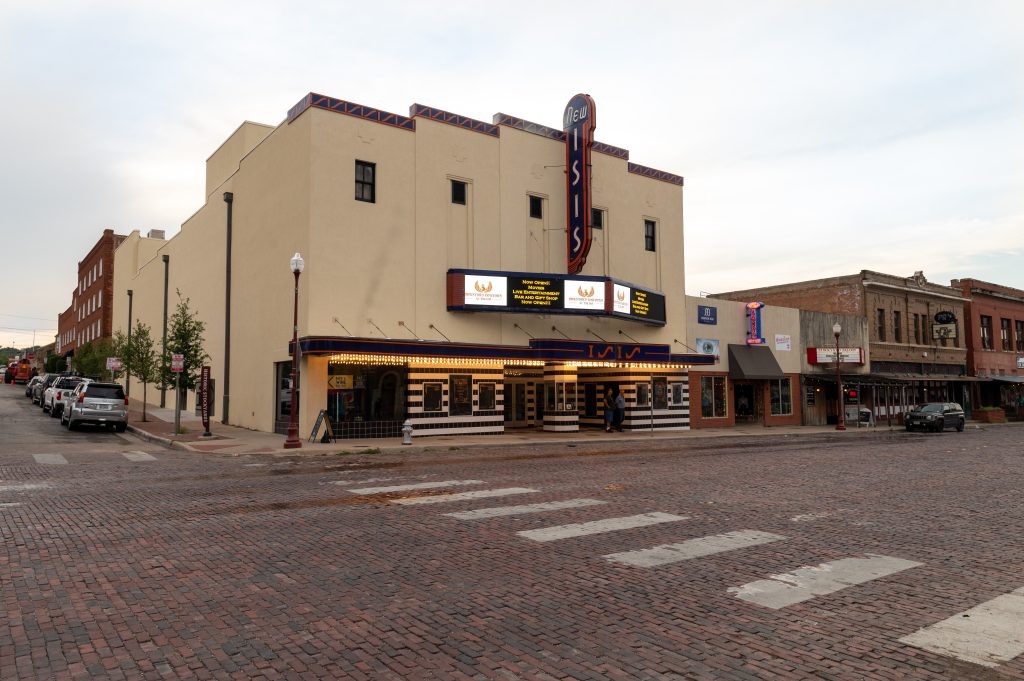 What was the Isis Theater known for in the early 1900s?

When this theatre was first opened, it was a single screen silent film theater. There was a pianist hired to supply the soundtrack to Charlie Chaplin/Buster Keaton Films. Remember, at that time, the Stockyards really were the gateway to the west and all the fun wild west stories happened right outside these very same doors! The ticket booth out front is the most unchanged/original structure from 1914. Later in the 20s, this location would have Ginger Rogers in the audiences taking in a movie.

How was the restoration journey? Did you discover any ghosts or uncover any secrets?

Nothing is as simple as one would hope, lol. Wanting to do something and actually executing can be significantly different things, and this was definitely the case for the Downtown Cowtown at the Isis. From trying to locate the original owners, to getting the right people involved, and getting the old removed and the new installed for a modern audience …all of that was a colossal and arduous task that still challenges this location.  Case in point – we are looking into starting a campaign to “LIGHT THE NEON SIGN”. This is a labor of love and no matter how long it takes, this theater will be a glorious return to immersive entertainment. 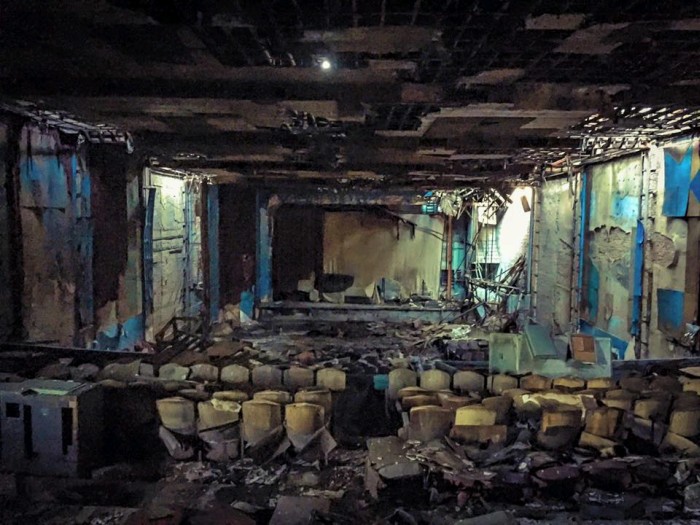 Why is it important to preserve the past?

Technology and attention spans are getting faster and faster. Cities like ours, and society, benefit from having places like “old theaters” back in action. It keeps us grounded and connected to each other. Humans thrive when we take time to be together, clapping, singing, responding together. Knowing where we come from and how it “used to be” gives us clarity and direction for how things can be in the future.

Restoring something like this theater, constructed long before everyone had their own phone, computer or even their own TV, brings with it that time honored tradition of sitting, listening, breathing in live entertainment, and being present. In a way, we’re working hard to bring back goosebumps, tears, laughter, and communal hoopin’ and hollerin’. We think that is significantly important in this modern time saturated in 10-second sips of entertainment and digital recordings absorbed in isolation.

How do you balance honoring tradition with programming and infrastructure that meets the modern needs of the community?

It is a very delicate balance that we are still experimenting with. We are very determined to create something that existed almost 100 years ago. We believe that THAT is the true attraction of our space. It comes with some sacrifices. We could easily bring in every wonderful modern act and lighting special effects to wow everyone, but we would be betraying the sanctity of this very special venue that has survived fires, floods, neglect, and time itself ALL without any bells and whistles-just beauty and audience-first design. It’s a balancing act. Guests of the Downtown Cowtown at the Isis, no matter what, will have a wonderful and unique experience. 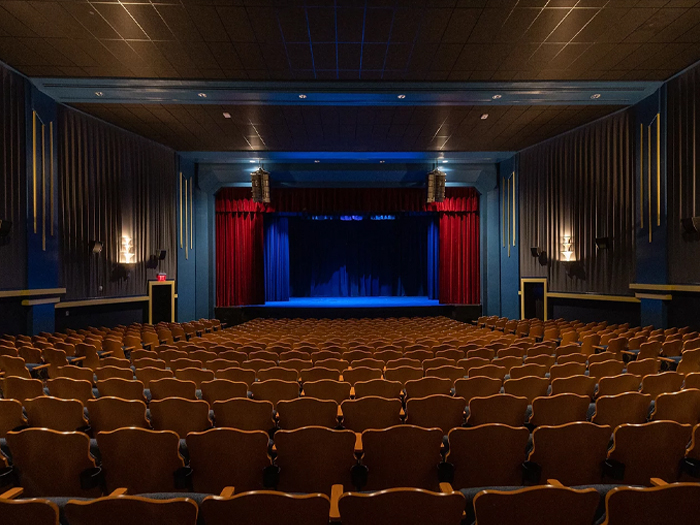 According to the website, the new Isis Theater is revived and ready to entertain. What can entertainment-goers look forward to?

This theatre has been restored to its original glory for ONE reason – TO ENTERTAIN! Please let everyone know that this is NOT a country music venue. We like to bring in relevant artist (Texas Singer Song-Writers, Country Music, Cowboy shows) for this immediate and historic community but our venue is for EVERYONE FROM EVERYWHERE – so we also feature live stage productions, tribute artists of all genres, magic shows, movie screenings, movie premiers, Pride programming in June, documentaries, dance  troupes, ventriloquists, revival choirs, Country Legends, Stand Up Comedy, Live Comedy Performances, Meet the Creator-Q&A-Panels, Puppet Shows, local musicians, open mics, happy hour mixers in our cocktail lounge, holiday spectaculars …should I go on?

Tell me more about the daily films.

We love having people visit the theater during the day when we aren’t delivering world class entertainment. So, we offer daily movie screenings at 11:15AM, 2PM, 5PM, 8PM. If you come first, you get to select 1 of the 40 movies we have the ability to show on demand. But you have to come buy a drink and a popcorn to see the movie for FREE! Otherwise, the ticket by itself for a movie is $10.00

NOTE! We insist that people always call ahead FIRST! We rent out the theater often to organizations and corporations and that takes priority over the movie screenings. Sometimes our artists load in early during the week and that will also cancel movie screenings.

The popcorn is transcendent, and it is the right amount of buttery and salty. And pro-tip-buy some peanut M&Ms, pour them into your popcorn and give it a good shake. You can thank us later.