For the Love of Books

While reading is admittedly best done as a solo activity, literary festivals provide the opportunity for bibliophiles to meet their favorite authors, participate in writing workshops, and share their love of books with like-minded individuals. Many of these literary festivals are multi-day events with food and drink, live music, and more.

We’ve rounded up some of the most fun literary festivals across the United States (and one abroad) for your reading and travel pleasure.

The PEN World Voices Festival of International Literature is an annual week-long literary festival held in New York City and Los Angeles which was founded by Salman Rushdie, Esther Allen, and Michael Roberts and was launched in 2005. The festival includes events, readings, conversations, and debates that showcase international literature and new writers. The festival is produced by PEN America, a nonprofit organization that works to advance literature, promote free expression, and foster international literary fellowship.

Each May, the mountain towns of Crested Butte and Gunnison, Colorado, host the Mountain Words Literary Festival, a multi-day festival devoted to all things literary. From panel discussions and workshops to author readings and theatrical lunches, this festival encourages people to listen, learn and explore the beauty of the Rocky Mountains. On Saturday, be sure to catch the Literary Death Match. Described as “part literary event, part comedy show, part game show,” the Literary Death Match pits four authors against each other in a “read-off” which is then judged by an all-star panel of judges, followed by “a slapstick showdown to decide the ultimate champion.” This year’s festival featured Cheryl Strayed, bestselling author of Wild: From Lost to Found on the Pacific Crest Trail and Tiny Beautiful Things: Advice on Love and Life from Dear Sugar.

2022 saw the first annual American Writers Festival held in May in Chicago to celebrate the fifth anniversary of the American Writers Museum. The free festival was held at the Chicago Cultural Center and at the American Writers Museum and featured more than 75 contemporary authors, artists, and playwrights. These writers addressed timely and controversial topics including immigration, book censorship, racism, and equality. After all, writers are on the front line in the fight for free speech every day.

Hay Festival of Literature & Arts
Hay-on-Wye, Wales
May to June

For over 30 years, the Hay Festival has brought readers and writers together to share stories and ideas in events live and online. It inspires, examines, and entertains globally, inviting participants to imagine the world as it is and as it might be. Nobel Prizewinners and novelists, scientists and politicians, historians, environmentalists and musicians take part in the Festival’s global conversation, sharing the latest thinking in the arts and sciences with curious audiences.

Held annually in the summer at the George Washington Carver Museum and Library, the Austin African American Book Festival promotes literature, reading, and writing within the African American community. Focusing on authors and cultural leaders who have been influenced by African American literature, the event includes a keynote address, local author showcases and author interviews and discussions. Now in its fifteenth year, the festival is a community-focused event that invites some of the greatest literary talents of our generation to engage directly with readers to foster creativity, activism, and positive change.

Billed as the largest literary festival in the world, the Edinburgh International Book Festival is held in the last three weeks of August every year. It coincides with the Edinburgh International Festival and the Edinburgh Fringe Festival. Over 1000 writers and thinkers descend on the Scottish capital each year. It has become “a powerful forum for the public to exchange views with writers and experts on a wide range of issues: social, ethical and political as well as literary and cultural.” It aims to expand participation in democratic discussions and develop engaged, knowledgeable audiences of all ages and backgrounds, all while promoting a love of books, writing, and reading. 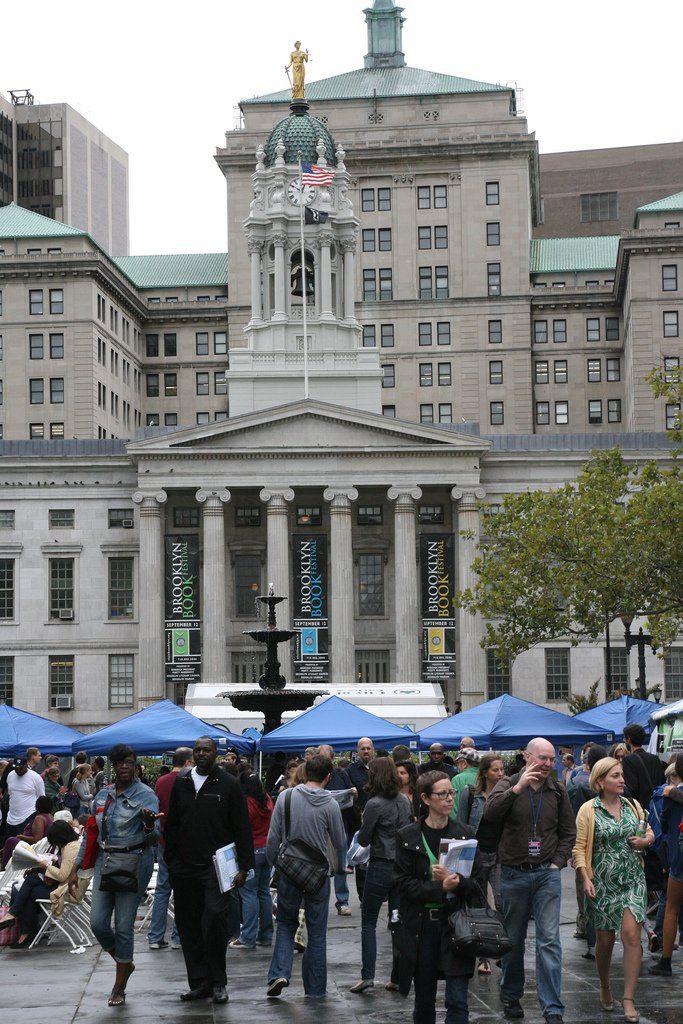 In 1995, First Lady of Texas Laura Bush founded the Texas Book Festival to honor Texas authors and promote the state’s public libraries. As First Lady of the United States, Mrs. Bush worked with Librarian of Congress James H. Billington to create the National Book Festival, which debuted in 2001. This annual event brings together best-selling authors and thousands of book fans for author talks, panel discussions, book signings and other activities.

Founded in 1999, San Francisco’s Litquake is aimed at inspiring engagement with current affairs, celebrating the common humanity found in literature, and perpetuating a sense of literary community. Litquake consists of readings, discussions, film screenings, and themed events held at hundreds of Bay Area venues, in an attempt to bring as many disparate types of literary art to as many people as possible. Kidquake (for children from kindergarten through fifth grade) and Teenquake aim to inspire children, while the Elder Project brings writing and storytelling workshops to retirement communities across Oakland and San Francisco.