With the launch of Madeworthy, we wanted to have a page dedicated to local people, places, and events that add to our city. Originally called “Be Seen,” this page was renamed “Fort Worthies” in our first anniversary issue. Here are the Fort Worthies we featured in our January/February issue. 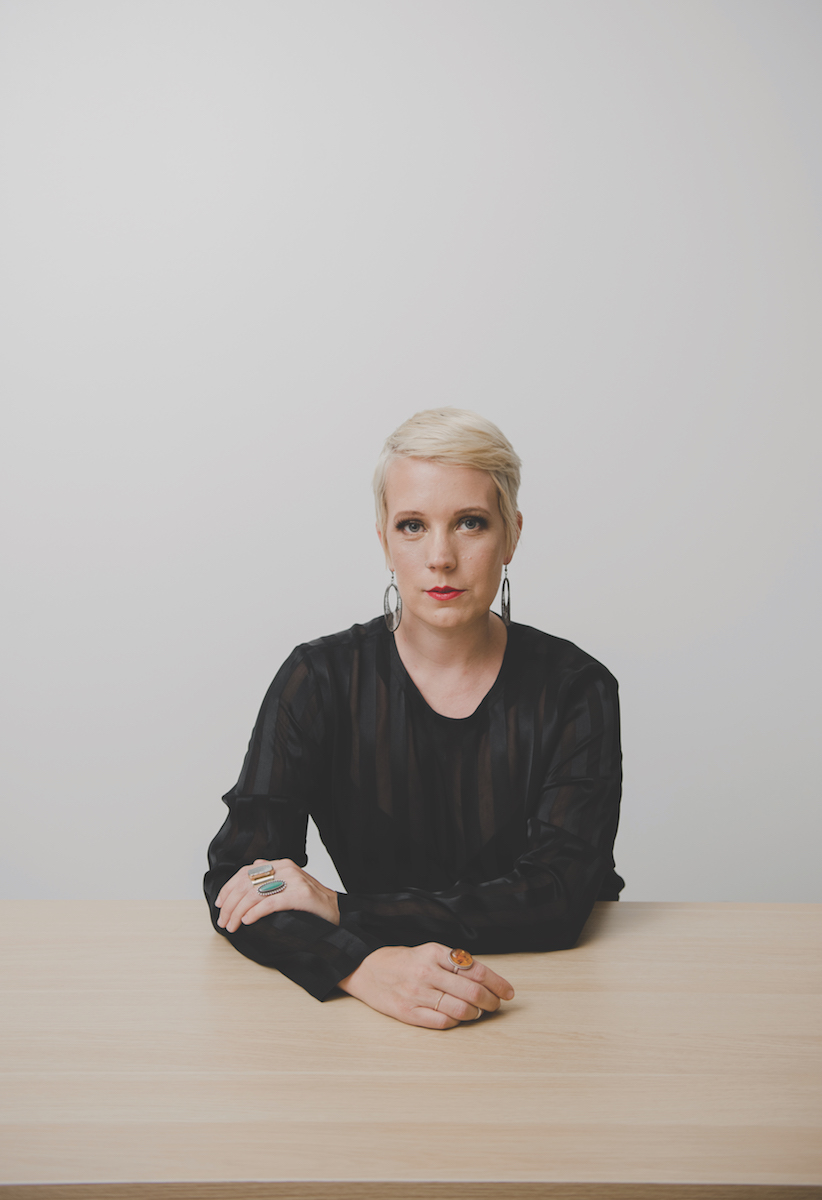 Holland Sanders’ full-service communications agency HOLLAND collective is excited to announce partnerships with several new collaborators. These include Fort Worth’s newest social enterprise, The Worthy Co. (mentioned in this edition of Fort Worthies!), Arlington’s Urban Union District which is a mixed-use development that is giving new life to old buildings in Arlington’s downtown, and the national company Scottish American. The HOLLAND collective team is launching into 2019 with big plans for new, as-yet unannounced partnerships with intriguing stories to tell. Stay up to date on all H.c. happenings by following @HOLLANDcollective on Facebook and Instagram. 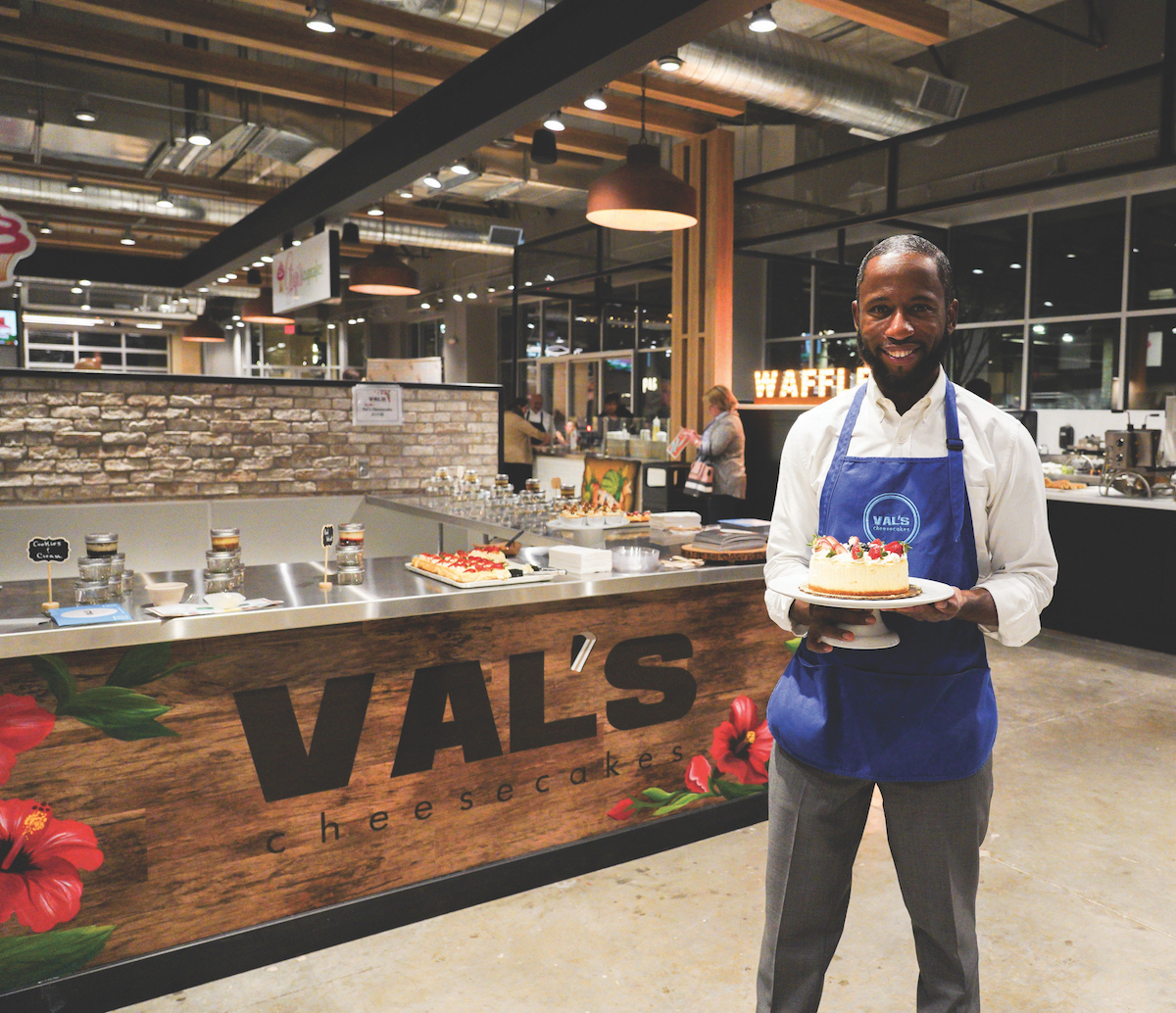 The Food Hall at Crockett Row opened at the corner of Crockett and Norwood Streets in December. The 16,000-square foot food hall, featuring a wide variety of cuisines, is the first of its kind in Fort Worth. Anchored by Knife Burger by John Tesar, the food hall is home to fast-casual vendors. Foods available include seafood, acai bowls, pizza and sausage, deli delights, Mexican food, shawarma bowls, poke, cupcakes, and waffles. There is a full bar and seating for 115 in a central area, with seating for 70 outside. The Food Hall is open for breakfast, lunch, and dinner with live music in the evenings. 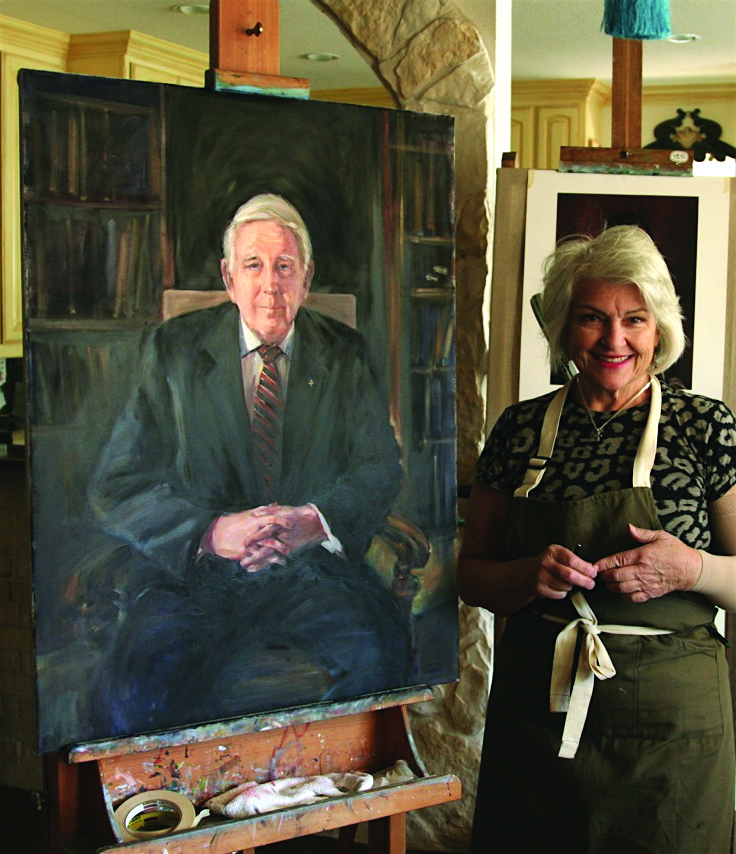 For over 40 years, Fort Worth-based artist Trish Wise has been painting portraits and creating other works of art for clients around the world. Working mostly in oil and pastels, her classical realist style is simply timeless. Her commissions range from portraits corporate executives and university professors to children and families. After teaching for 30 years, Trish knows it’s impossible for anyone, especially children, to sit still in a studio for hours on end. Instead of long sittings, Trish relies on a photo shoot and a few short sittings where she focuses on capturing her subject’s personality. The results are, invariably, a happy client. 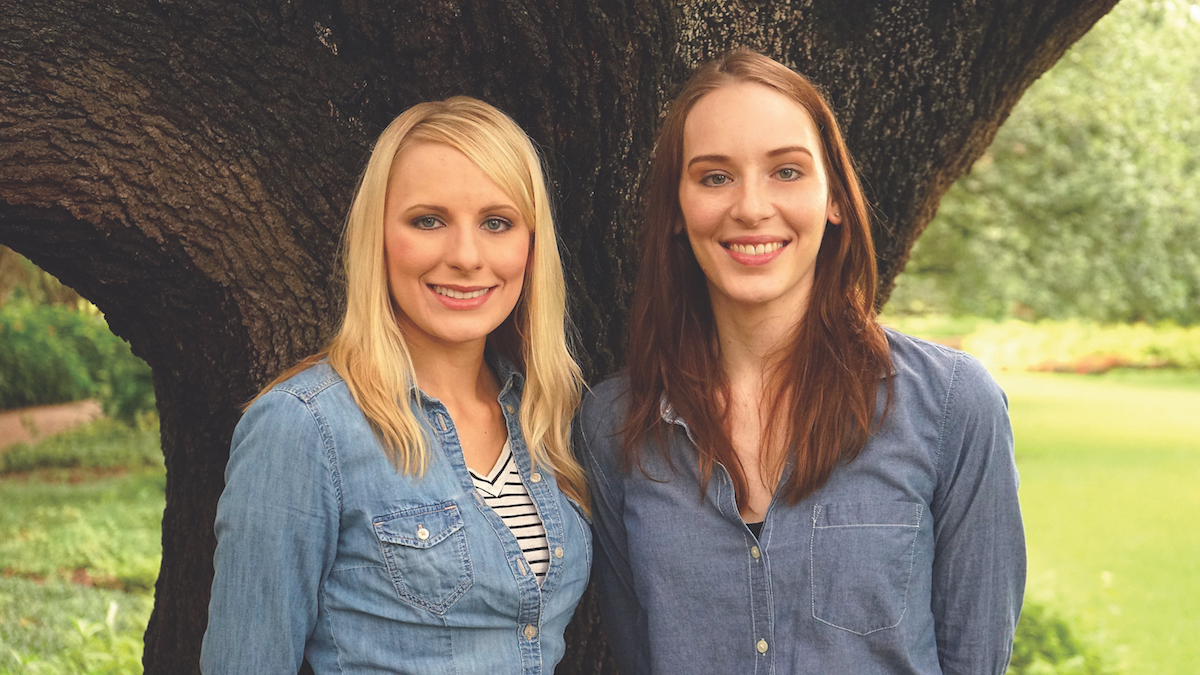 Holistic Hemp Co. was founded by sisters Amber and Alaina Lansing. Sourcing top-quality, organically-grown, American hemp for maximum CBD potency and quality is their number one focus. “We work closely with our licensed hemp supplier and farm located in Colorado and make sure all practices are organic.” All Holistic Hemp Co. products are third party tested and free of any residual solvents, synthetic chemicals, herbicides, pesticides, or other toxins. “We want to provide safe, natural and legal hemp products that promote health and wellness. Everyone deserves to live their best, healthy life and it is our mission to help them in that journey.” 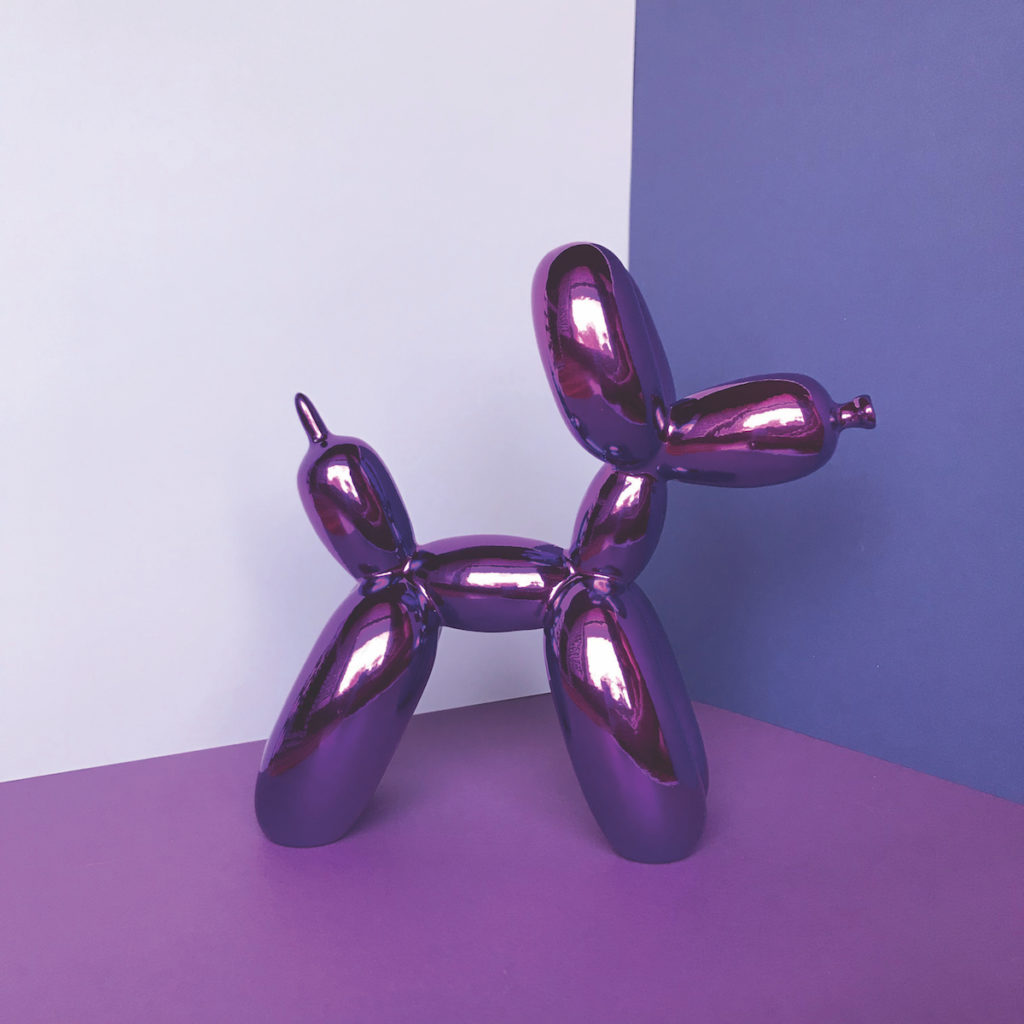 Snap151 brings the first selfie-cenric space to Fort Worth in January.  Located between DryBar and Bonobos in WestBend, Snap151 features strategically-curated vignettes with eye-catching colors, larger-than-life props, and interactive elements, all of which combine to create the perfect space for selfies. Selfie-centric pop-ups have become increasingly popular across the nation. Other selfie-centric projects include the Museum of Ice Cream and Color Factory, both of which have toured various cities, as well as the Dallas-based Sweet Tooth Hotel and Psychedelic Robot. Snap151 is a family-friendly experience which runs daily from 10 am to 10 pm from January 7 through January 27. Get ready to Instagram! 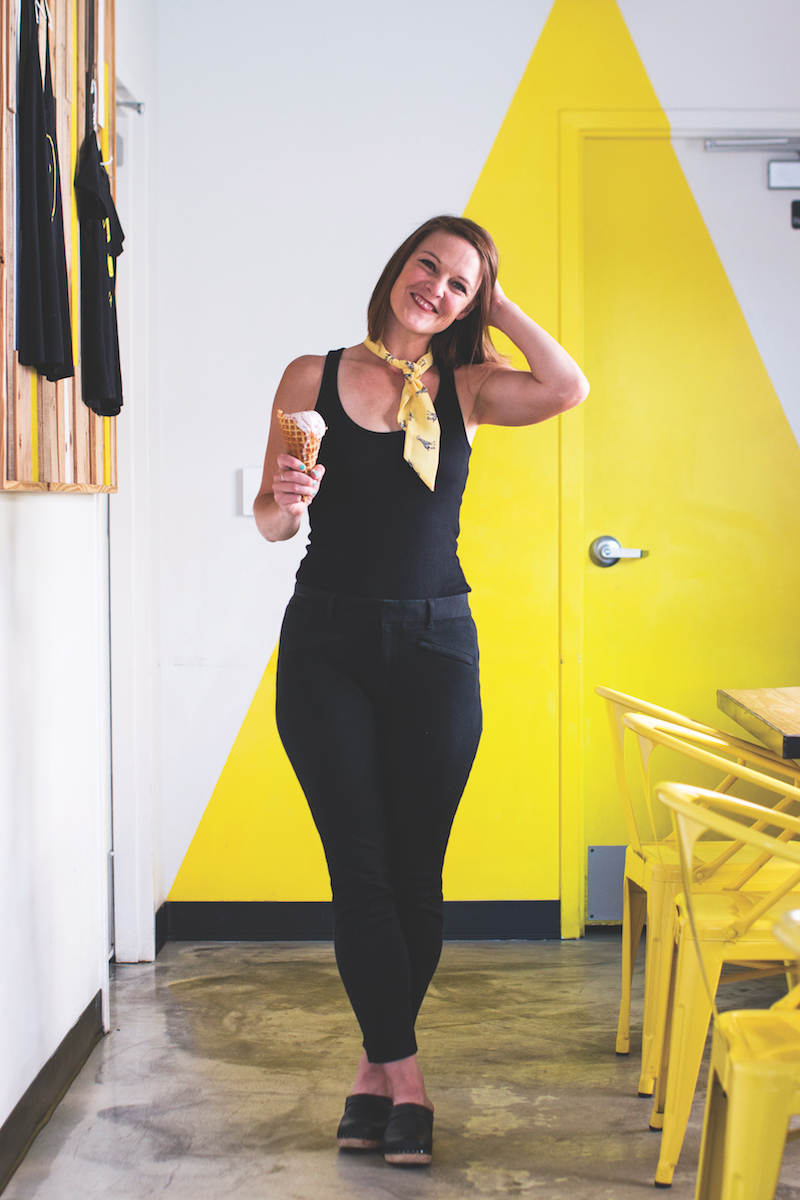 MELT Ice Creams is excited to head east to the Bishop Arts neighborhood in Dallas to serve up happy ice cream! MELT will be located next to Eno’s Pizza Tavern at 405 N Bishop for the perfect pairing of pizza and ice cream. Founder Kari Crowe-Seher says, “We’ve always dreamed of opening more MELT shops, and Bishop Arts is a perfect community for the next MELT. The idyllic street reminds of our home on Magnolia, and the neighboring shops are just as friendly. Our hope is to create neighborhood ice cream shops that scream HAPPY!” 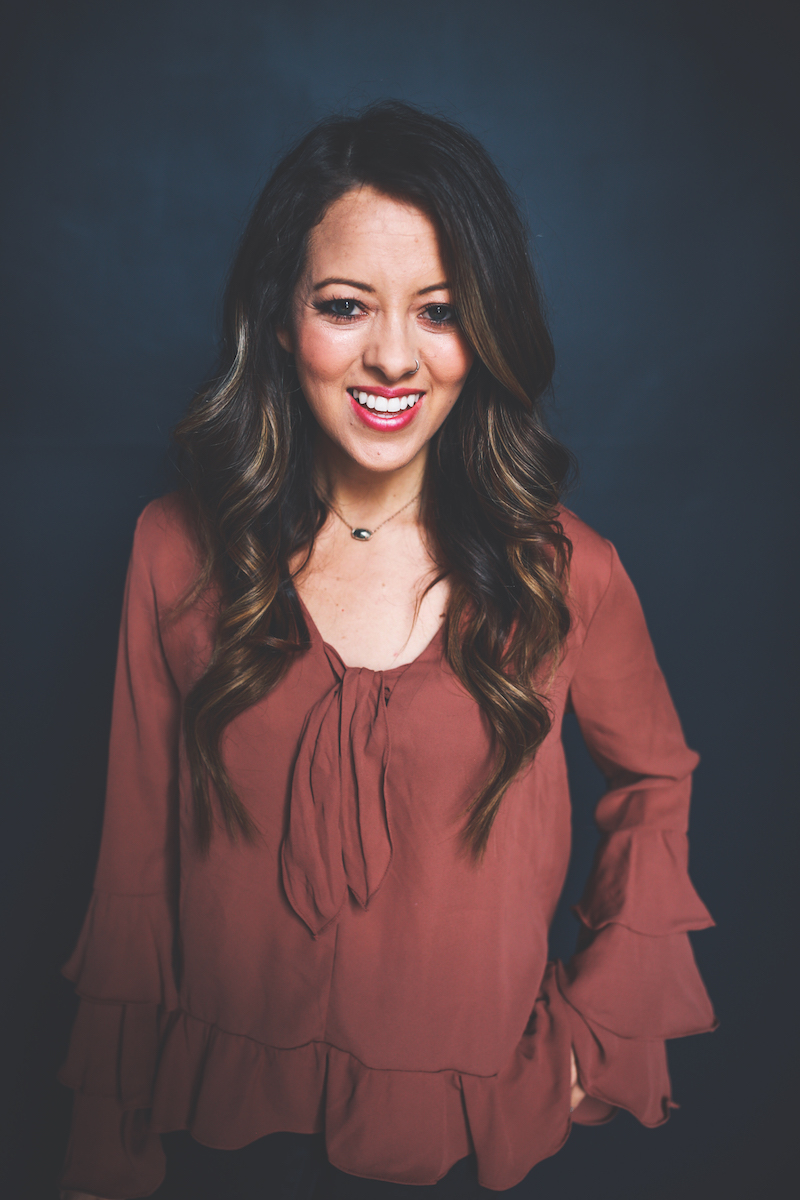 Local non-profit The Net has announced the development of their first brick-and-mortar location for their new social enterprise. Called The Worthy Co., this will be a retail space dedicated to provided employment and opportunities for women survivors of sex trafficking, with 100% of every purchase benefiting local sex trafficking survivors. Melissa Ice, founder of The Net and of The Worthy Co., hosted a launch party in November which featured philanthropic expert Salah Boukadoum and kicked off the campaign to make The Worthy Co. a reality. Opening in fall of 2019, The Worthy Co. will be located one block north of Magnolia Avenue in the Historic Fairmount district. 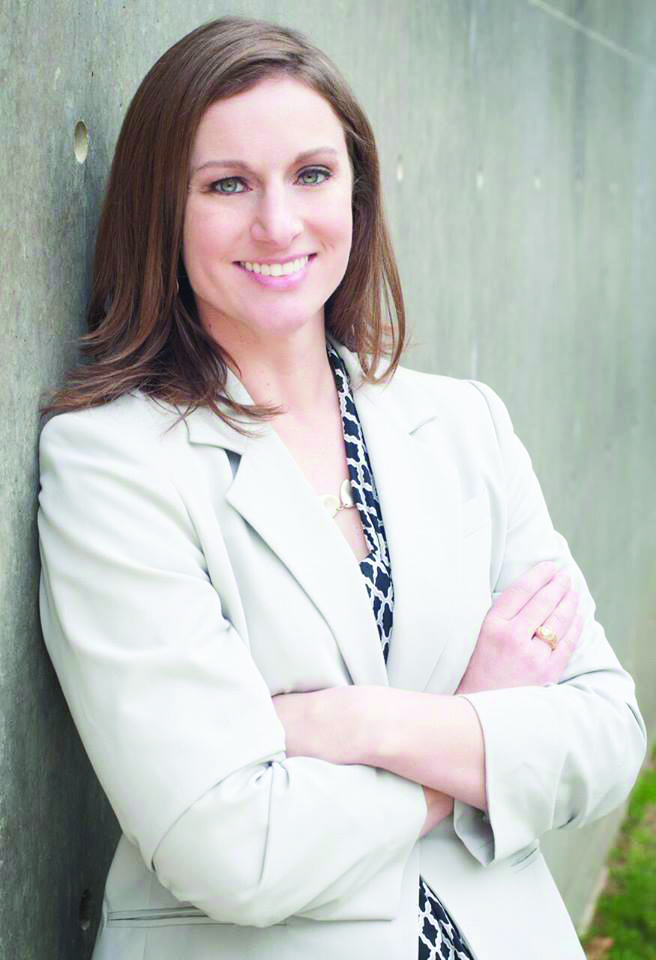 Lindsey Garner, the CEO of Communities in Schools of Greater Tarrant County, and the mother of two children on the autism spectrum, created #MomStrongFW to provide supportive connection to mothers raising children on the autism spectrum. Recognizing that raising a child with special needs can be very isolating, Lindsey realized that connecting with a group of other parents who “get it” is invaluable. #MomStrongFW hosts a monthly meet-up group which provides an opportunity for mothers to share experiences and build friendships with others who are on a similar life journey. 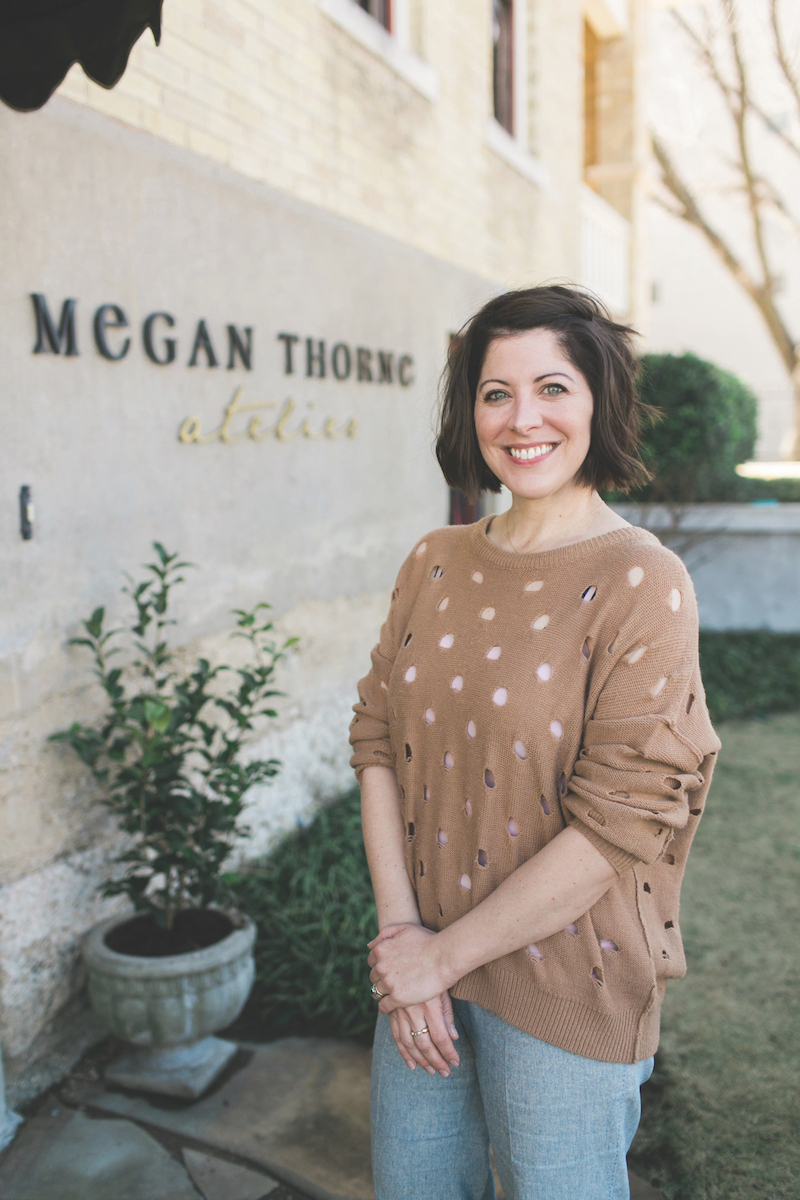 Local fine jewelry designer and artisan Megan Thorne is one the move. Her eponymous collection, handmade in 18K recycled gold with ethically sourced diamonds and gemstones, has been crafted in a tiny jewel box studio on Magnolia Ave for the past eight years. Increased national and international brand awareness has found the studio outgrowing its longtime home, and Megan and her team are excited to announce their expansion into the Dickson-Jenkins Plaza in the South Main Village of Fort Worth’s Near Southside. While the new atelier anticipates a Spring 2019 debut, the current Magnolia Ave studio location will remain open until the move is complete. 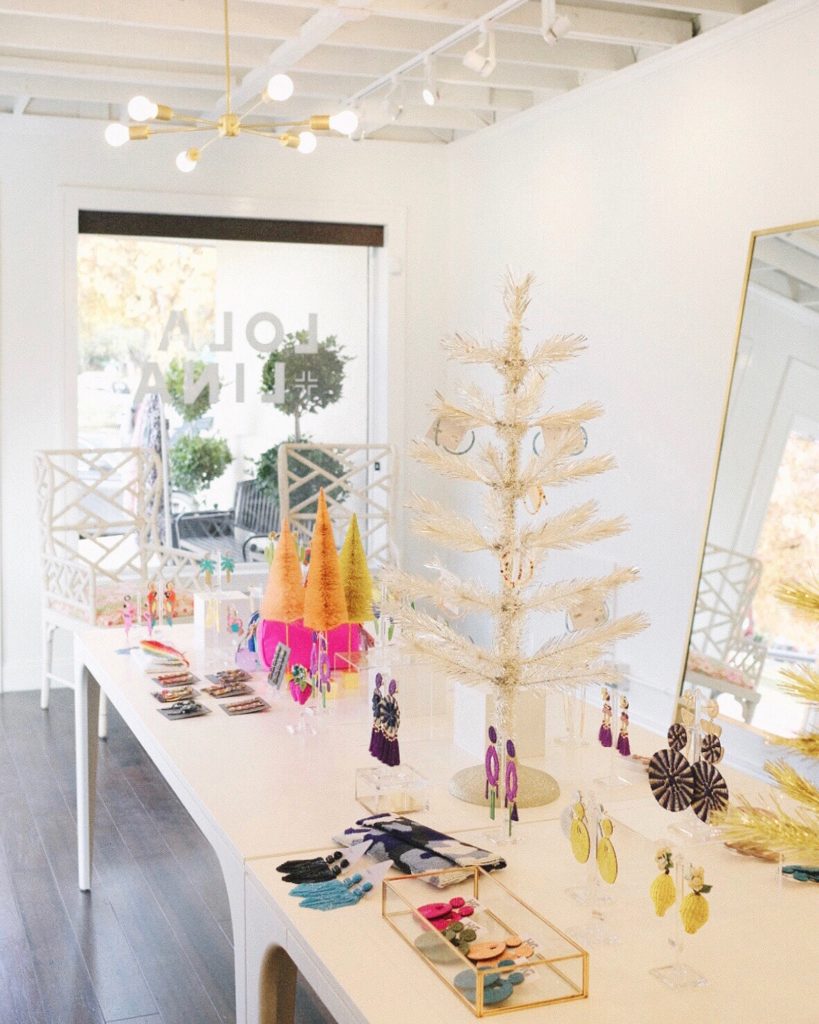 Sisters-in-law Lauren Osborne (“Lola”) and Carolyn Osborne (“Lina”) recognized the need for a one-stop accessories shop in Fort Worth. Both ladies possess an eye for unique finds and an interest in fashion, and in 2017, they started designing “game day jewelry.” You’ve probably seen their TCU Horned Frog earrings, and they’ve now expanded their repertoire to include other universities. In 2018, Lola + Lina opened a retail shop on Camp Bowie, carrying other designers as well as their own pieces. Depending on your needs, Lola + Lina will curate a selection of accessories, from statement pieces to everyday wear, handpicked to suit your taste. 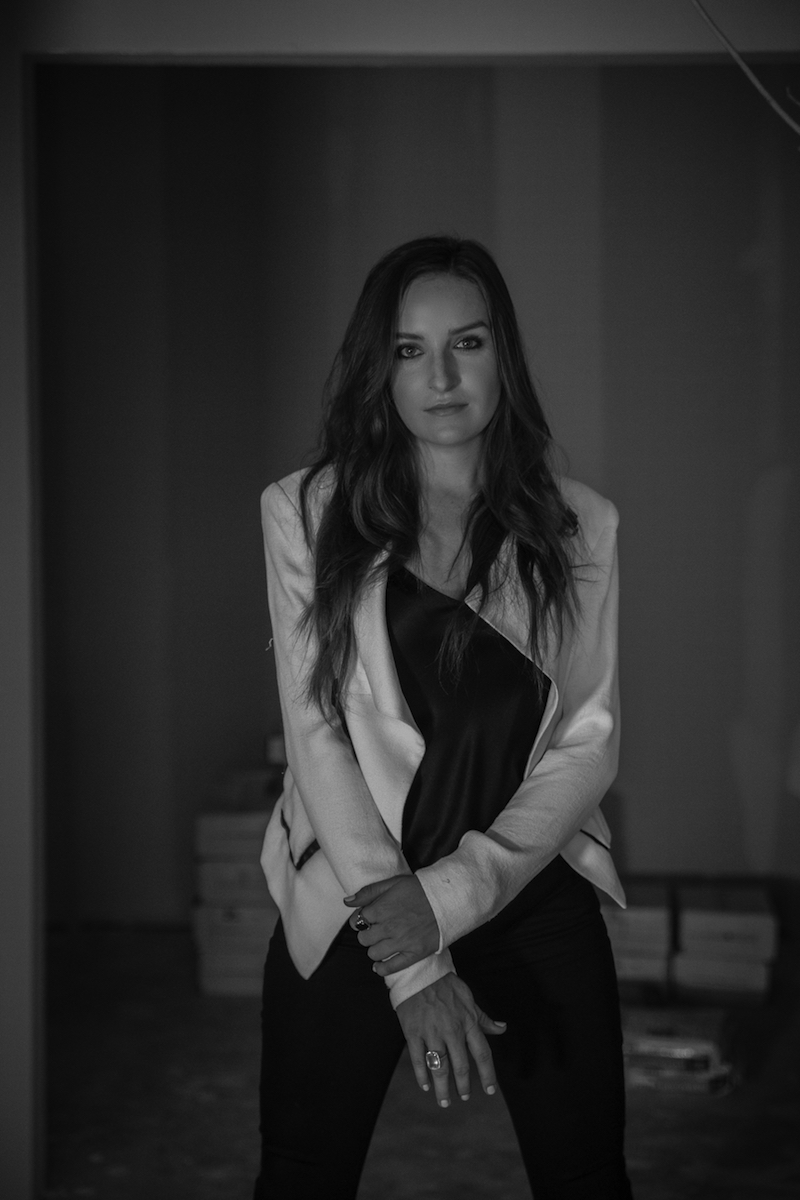 M2G Ventures has launched a three-year, $500,000 fundraising campaign to fight mental illness with a collaborative short film that will address the complexities of living with a mental illness. Founded by identical twin entrepreneurs Jessica Miller and Susan Miller Gruppi, M2G Ventures is a woman-owned-and-operated visionary real estate and development company that focuses on growth by telling their clients’ stories to develop self-sustaining ecosystems. The short film,  which is Phase I of the Mental Health Initiative and was funded through a Kickstarter campaign, was written and directed by notable Fort Worth photographer Rambo and is produced by Red Sanders of Red Productions. 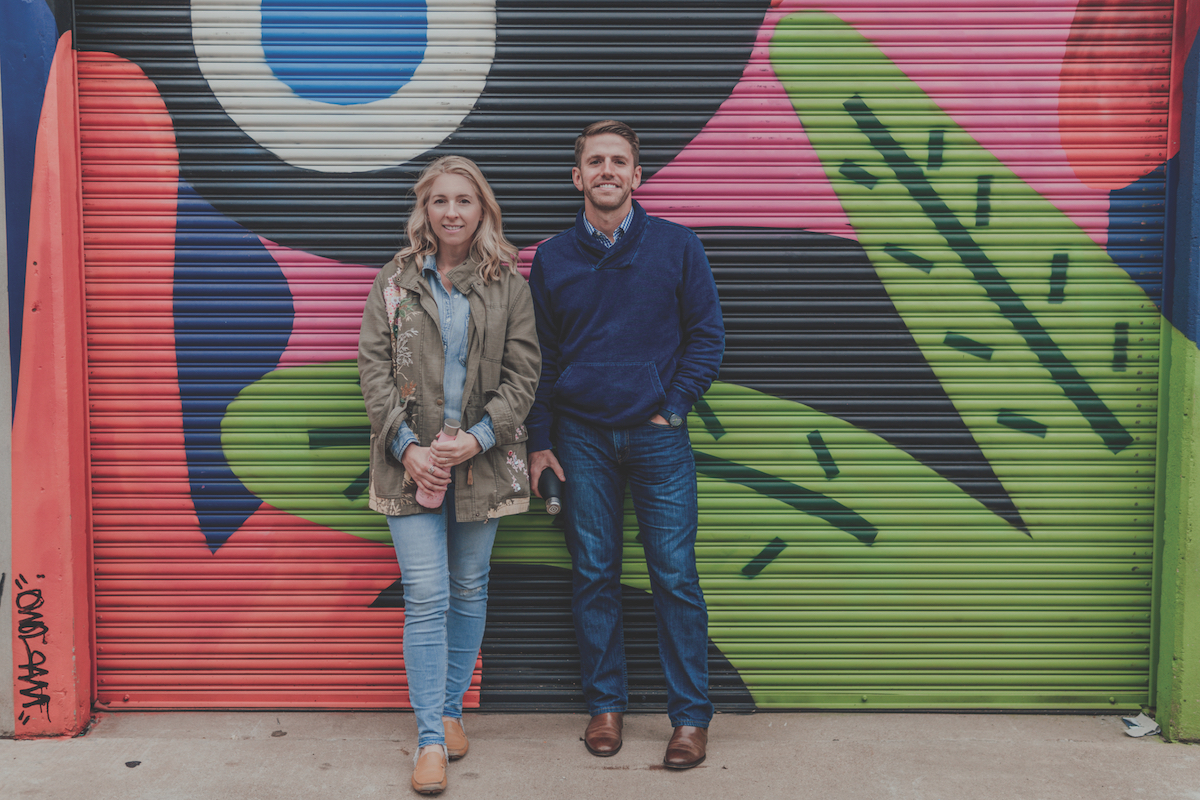 Born of a desire to be kind to ourselves and our beautiful Earth, UPPA TEA was created by Victoria Wise and Jacob Watson as a responsible alternative to overpriced, over-sugared beverages that litter our world. The best things you can consume are whole foods. That’s why UPPA TEA uses only whole leaf tea and whole fruits to create a delightful instant drink that is healthy, delicious, and easy to mix with either hot or cold water. In addition, the packaging is 100% recyclable or reusable, so it doesn’t contribute to defacing our environment. Victoria and Jacob are excited to bring UPPA TEA to you in 2019. Follow them on Instragram @uppa.tea

If you or someone you know has done something wonderful, please contact our editor at lee@madeworthymedia.com.