Getting Creative in the Classroom and in Competition

During the schoolyear, when I would ask my ten-year-old son how his day went, I was always pretty sure that his response was going to be “I forget.” This was often followed by an eyeroll and a sigh or a look of complete disbelief that his mom would still even bother to ask him such a ridiculous question.

So I was completely caught off guard when one day after I asked, his eyes lit up, and he said with unexpected enthusiasm, “It was AWESOME! My student teacher, Ms. Gordon, told us that her rifle team at TCU won National Championship in air rifle! She is SO COOL, Mom!”

My son adored his student teacher for her kindness and for her unique ability to connect with her students on differing academic levels. But what really got his attention is that she is an elite athlete. And she shoots a rifle.

Abigail (Abby) Gordon stands five feet, one inch tall, and upon meeting her, you would never know what a powerhouse she is. While she may be small in stature, her accomplishments are enormous. At 22 years old, she is already a force to be reckoned with. At the time that this issue went to press, Abby is number seven in the nation in collegiate air rifle and smallbore. Her skills have played a large part in helping Texas Christian University (TCU) get to the 2022 NCAA National Rifle Championship, where they came first in air rifle and lost to Kentucky in the all-around by just three points. 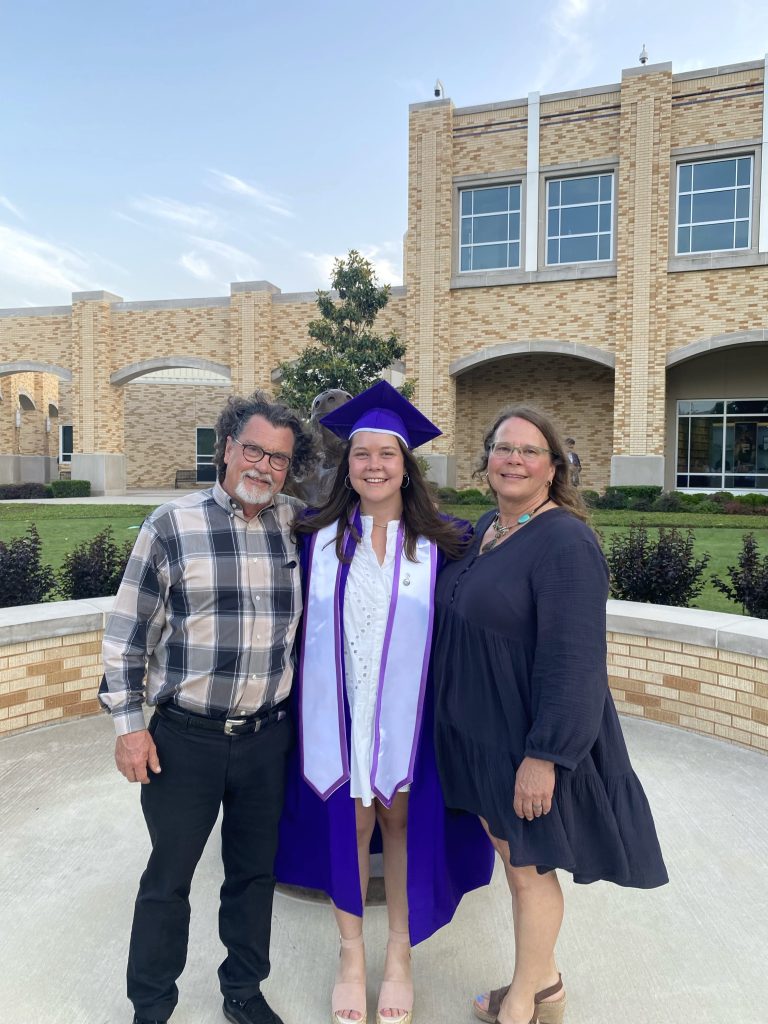 Abby graduated from TCU in May of 2022 with her bachelor’s degree in Early Childhood Education and is planning to return in the fall to pursue her master’s. She is a natural born nurturer and a kind and creative educator. Her love of learning shines brightly when she’s around her students. She is warm and genuine and truly cares about the children who are lucky enough to be in her classroom. She did her student teaching at Lily B. Clayton Elementary School, which is where my son got to know her and learn about the sport of riflery.

Abby’s family moved from Midland to a home near Granbury in 2005. Growing up outside of a small town, she was no stranger to rural pursuits. She and her brother spent most of their free time outside playing, and a lot of that play included target practice with air rifles. Her father Jeff and brother Brenham are both expert hunters, and they encouraged her to join them.

By the time she was in fifth grade, Abby realized she had a real talent for shooting. She joined her elementary school’s 4H program. (4H isn’t just about raising livestock and growing vegetables!) Through the 4H program, she began to compete in BB gun competitions. From these humble beginnings, her love of for riflery took root and continued to grow. A tough and gritty competitor, Abby competed in BB gun meets across Texas, honing her talent.

By the time she was in middle school, Abby had already made quite the name for herself in shooting circles. After winning 4H competitions across the state, she went to the Daisy National BB Gun Championships in Rogers, Arkansas. (Remember the classic movie A Christmas Story? Daisy is the company that invented and produces the iconic Red Ryder BB gun that Ralphie wants more than anything in the world.)

Abby had a lightbulb moment when, in sixth grade, an alumna member of the TCU rifle team visited her school to talk about the sport of riflery. “I said to myself, ‘Whoa! A girl did this? She’s doing the same thing as me!’” she remembered fondly. The speaker extolled the team while telling them about her journey from shooting BB guns to competing in national collegiate air rifle and smallbore competitions. Inspired by the speaker, Abby made the switch from BB guns in seventh grade.

Because the Gordon family lived so far from town, her brother Brenham began driving Gordon to school. This meant spending a couple of hours commuting each day. This uninterrupted time in the car allowed the sibling to become even closer, and they realized just how similar they are. They started to shoot together and even shared a rifle for the first few years.

Abby started to laugh when she remembered how Brenham, convinced of his natural big brotherly superiority, challenged her to hit him. Without hesitation, she swung the rifle to her shoulder, aimed, and fired. She shot her smirking big brother in his posterior, deliberately hitting his wallet so he wasn’t injured. That’s the moment when Brenham realized he could no longer outshoot his baby sister. To this day, he will not even try.

As middle school progressed, the riflery club began to dwindle as teammates left for more traditional sports like volleyball and softball. Abby had to make a decision. She could either find a new team or go out and compete on her own. Her father, Jeff, and mother, Leah, are Abby’s biggest supporters, and they encouraged her to strike out on her own. They knew that riflery was Abby’s sport. They felt that, given her drive, determination, and work ethic, going it alone was the right path for their daughter.

Although riflery was closest to her heart, Abby also decided to play volleyball in high school. She quickly realized that she needed to devote all her time and energy to just one sport. She explained how she made her choice. “I saw how I was progressing, and I wasn’t ready to [not succeed]. I also noticed my schoolwork was better when I focused on rifle. [Before choosing to focus on riflery] I always felt like I wasn’t smart because I was in the middle of the road and couldn’t focus in class. I know I’m smart, but I just couldn’t apply myself.”

Choosing to pursue only riflery allowed her to really focus on shooting and on schoolwork. Shooting requires intense concentration, and her training translated into better focus in class and better grades. 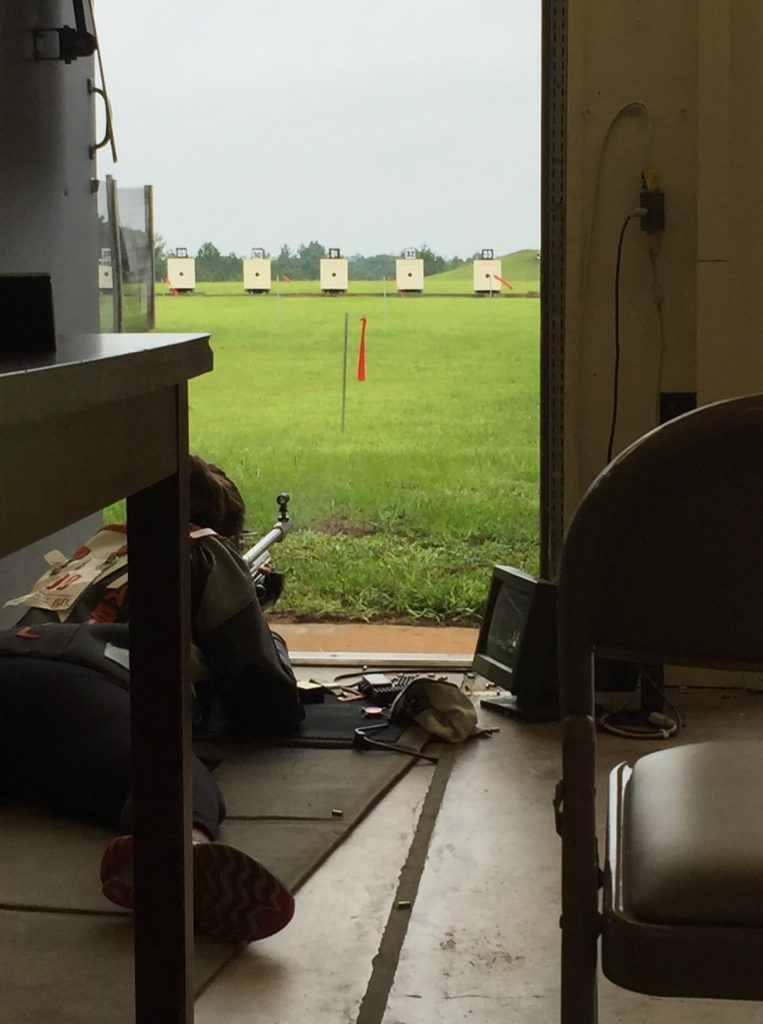 During her sophomore year in high school, Abby found her mentor and role model. Dr. Mark Tarpley was Abby’s world history teacher. He had a real talent for understanding his students’ academic abilities and an ability to meet them at their level. He allowed his students to experiment and learn in the way that suited them best instead of forcing them to conform to a pedagogic method that didn’t work for them. He encouraged Abby in her studies and her shooting. This made an enormous impact on her, and she progressed rapidly academically. She gained the confidence that she really could succeed, not only in school, but in whatever she set her mind to.

During high school, Abby spent her summers working as a camp counselor at Camp Siloam, a Christian camp in Arkansas. It was at this camp that she discovered her both her love of nature and the outdoors and her love of helping children learn. She realized that she wanted to be a teacher.

Abby’s high school, Christian Life Preparatory School in south Fort Worth, is a hybrid-model school. This allowed her to spend a few days a week in class and a few days at home, training on the range. She was a four-time Junior Olympic Rifle Championship qualifier, and she won the first round at the 2017 American Legion National Championships at the United States Olympic Training Center in Colorado Springs, Colorado. She received distinguished excellence awards and held the smallbore kneeling stance national record for a time.

Abby graduated from Christian Life Preparatory School in 2018. It was during her sophomore year there that she began thinking about college and where she wanted to go. Initially, she wanted to go to college in Alaska, but throughout the recruitment process, she was introduced to other schools. She knew she wanted to become a teacher, and she knew that whatever school she chose had to have a top-notch rifle team. During the search, Abby remembered the visit from the alumna member of the TCU rifle team to her middle school. In doing some research, she learned that TCU had both a fantastic education program and a nationally recognized rifle team. After two official campus visits, Abby Gordon became a Horned Frog.

Collegiate rifle teams have two shooting disciplines. One is air rifle, where competitors shoot 60 shots at 10 meters from the standing position. The other is smallbore. Competitors shoot 60 shots at 50 meters with a .22 caliber rifle from the prone, kneeling, and standing positions. Teams can be men only, women only, or coeducational. TCU only has a women’s team, and it’s great.

Abby is understandably enthusiastic about the rifle team and coach at TCU. Head coach Karen Monez both challenges and supports her charges. Under her guidance, TCU has not missed an NCAA Rifle Championship in 15 years, taking home the title in 2010, 2012, and 2019. “When everyone on the team is working toward the same goal and pushing each other, that is when the magic happens.” 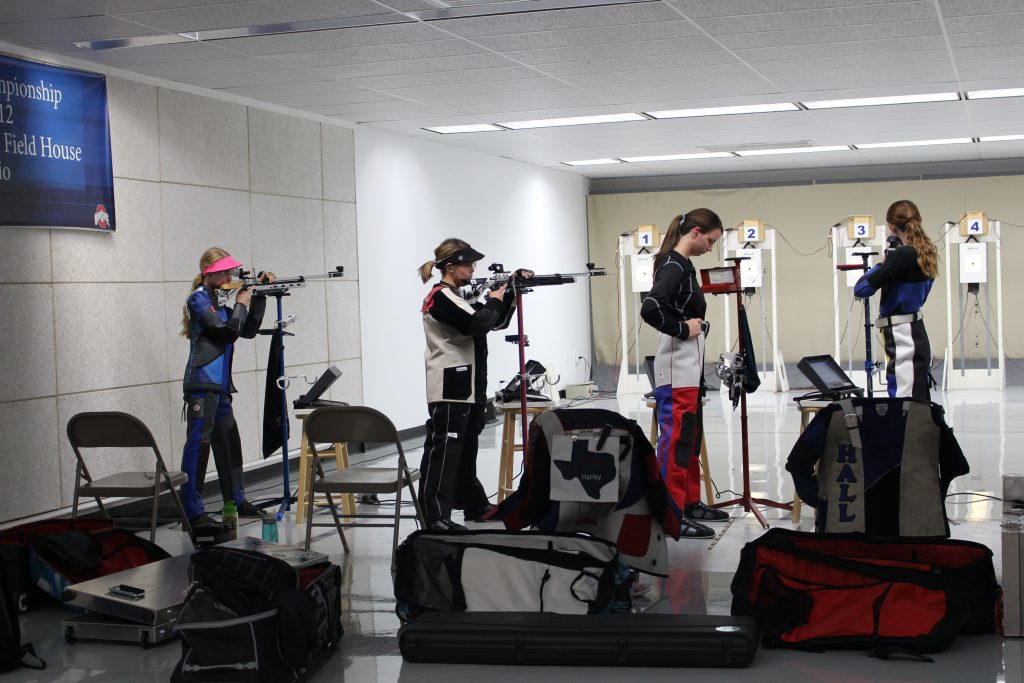 I asked Abby what she thinks makes her so competitive and so good at her chosen sport. She thought for a minute and then said philosophically, “There is a grit… if I decide to do something, there is no other option. I either am going to do it or I’m not… if I don’t, that’s okay. Maybe I need to grow in talent in some other area. If I decide to give it my all, that’s where I’m going to focus my energy. Things will throw you off your game, so how are you going to get around it? You have to be creative to get around problems.”

College hasn’t all been smooth sailing for Abby. In her sophomore year, she struggled to make her grades. After testing, she was diagnosed with attention deficit/hyperactivity disorder (ADHD), which didn’t come as a complete surprise to her. She knew she struggled with comprehension when studying. Receiving that official diagnosis of ADHD was almost a relief. In addition, Abby started seeing a sports psychologist who helped her learn to give herself a little grace, a little breathing room when she failed. That helped tremendously in both her school and her shooting. Abby knows she’s smart. She knows she’s got a lot of gifts, and she harnesses them to be a creative problem solver.

This creativity gives Abby an edge not only in the classroom, but also when she’s competing. “You have to be daring and vulnerable [when competing] and wholeheartedly go for your goals,” she said. She’s a three time All-American, and before this issue went to print, she had just made the U.S. National Rifle Team for air rifle. She will start her fifth year of the team in the fall as a graduate student and is planning to try to qualify for the World Cup in 2023 and the U.S. Olympic Team for the 2024 Summer Olympics in Paris.

Abby credits her coaches, her team, her friends, and, most importantly, her family for pushing her, encouraging her, and giving her the strength to achieve both on the shooting range and in the classroom. Inspired by Mr. Tarpley and bolstered by her own ADHD diagnosis, Abby knows what she wants to do with her life. She wants to teach, to help students learn in their own way by meeting them on their level. 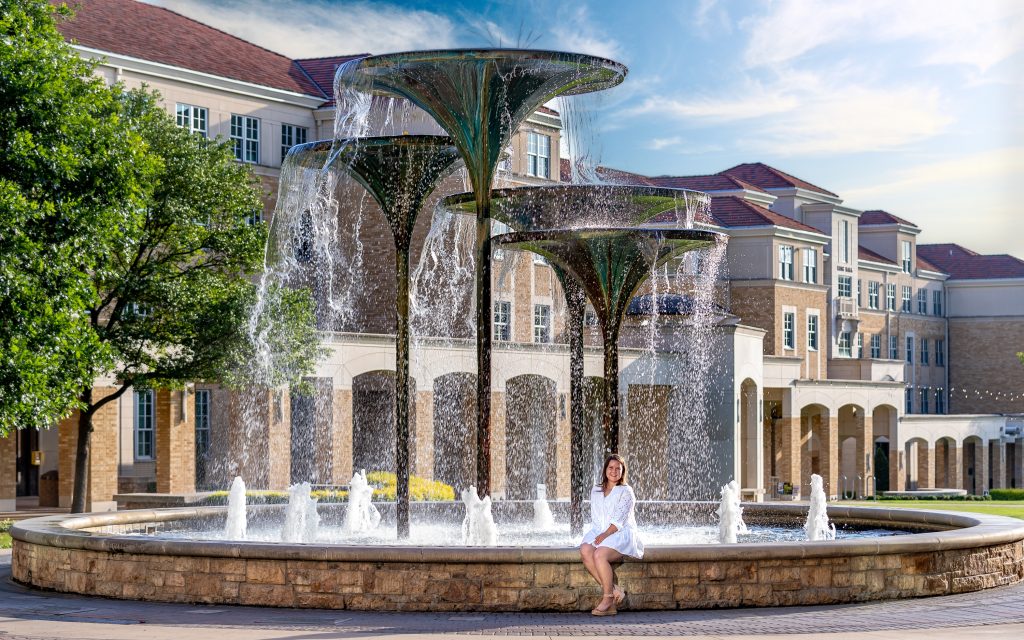 If your child is interested in riflery, the best way to find a team is through your local JROTC program. If your child’s high school doesn’t have a JROTC program, look into the 4H club in your area or find a civilian marksmanship program.