Still in Limbo… With a Mother’s Epiphany

I started out 2020 by writing in my journal that I wanted to be “a person of peace.” This meant several things, one of which was to avoid drama in more concrete ways after a tumultuous 2019, where crises you wouldn’t even believe if you saw them on an HBO drama were unfolding around me. But in 2020? I was going to avoid those kinds of dynamics. No more taking of any bait, big or small. I was hanging up every pearl I liked to clutch. 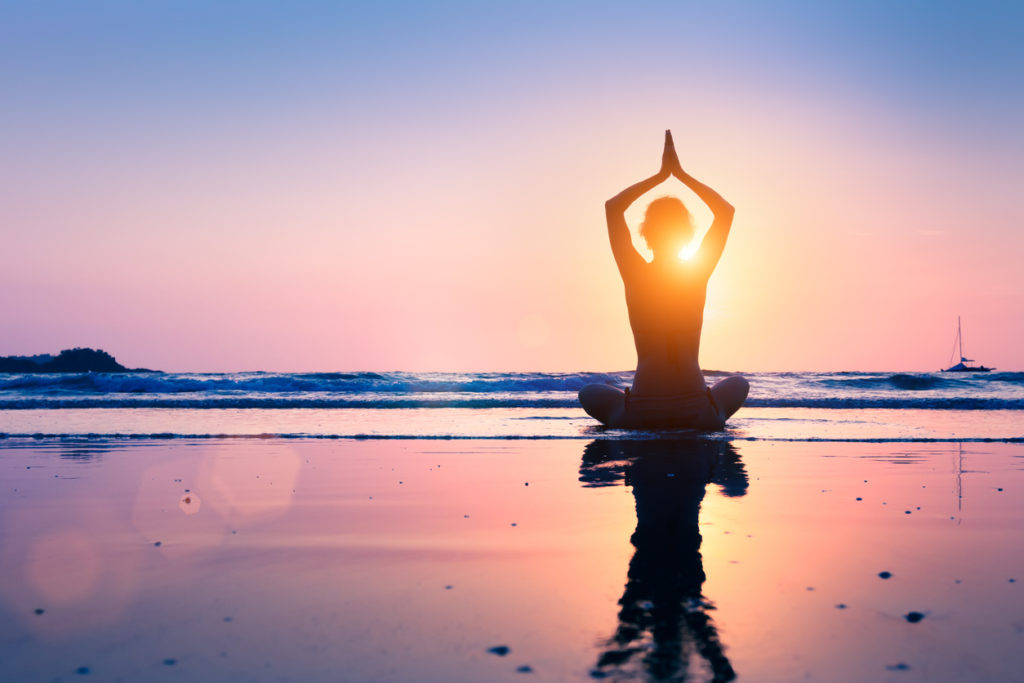 And then all of a sudden, March happened, and the whole actual country was (and still is) trying to resist the pull towards steel-crushing anxiety. Nobody can sit this one out or decide to just do yoga to forget about a segment of life that’s particularly upsetting. This drama covers ALL THE SEGMENTS.

And this was fine for me and my little family for a while. I mean, the homeschooling and the toilet paper famine was…problematic.

But then my body started actually being the biggest drama queen of them all, and that’s when the illusion that I was living up to my New Year’s Resolution blew up with one big, final explosion featuring Nick Cage.

I wrote here about the two negative COVID tests that made me feel as though someone was leaving me out of a fancy club. Granted, it’s a club like the mafia is a club where people die and make the news, but still. I was being left out.

The bright spot was my friend Schuyler, who sat on my back porch with her flowery mask, red ball cap and gloves to show me every single bottle of every single essential oil ever harvested in the last millennia in order to heal me from the ‘Rona. One by one, she demonstrated how to combine them, where to apply them, how to INGEST them, how to diffuse them into the air of a room. She anointed me so totally in Frankincense that to this day I smell like a Wise Man.

I went to the doctor on Monday for a spirometry test to see if ASTHMA was the culprit. They took some blood, because that’s apparently a new hobby of mine. The woman in charge of this process was 36 years old and had just had her first grandbaby, which was a distracting enough concept for me to ponder while trying to avoid watching the needle and the vials.

It wasn’t asthma, turned out. Or mono. Or a bacterial infection. Or the flu.

That afternoon, I went to an Urgent Care clinic to attempt to procure a very SPECIFIC coronavirus antibody test that I had not yet been given. A large, kind man with a beard wrapped the blood pressure sleeve around me and took my pulse. 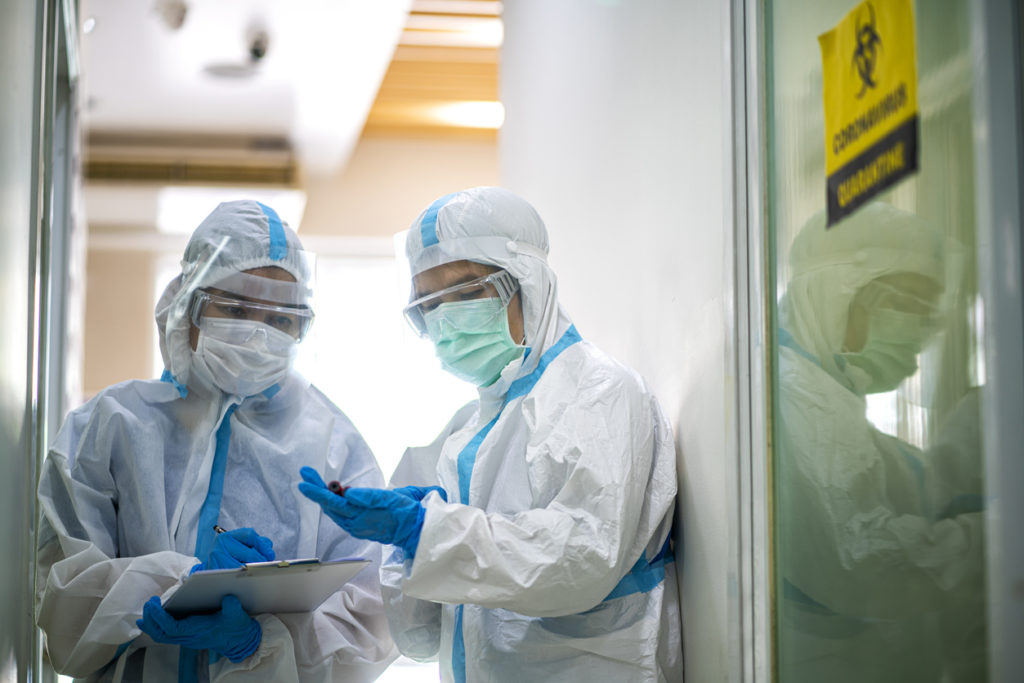 This set off a chain reaction. Suddenly, a doctor was in the room and saying words about my heart rate and blood pressure and that he wanted to do (more!) blood work and a CT scan. As I looked at this creature before me, this thing decked out in coverings and shields, my vision blurred. I couldn’t read his lips because they were behind a mask and I couldn’t see his eyes because they were swimming behind plastic goggles like fish. I eventually deduced he was worried I was about to suffer a stroke.

But I have to go to the bathroom first, was all I could think.

My husband Gordon, righteous man that he is, would come to wait three hours in the car during the proceedings that afternoon. They wouldn’t let him inside the building. And because I had taken my purse WITH the keys inside, he couldn’t just drive to Taco Bell to chill because then he wouldn’t be able to re-start the car. He began texting me things like, “still waiting?” “almost done?” and “this is the worst afternoon of my life…”

Meanwhile, my big male nurse friend was sticking my abdomen with EKG stickers. He had started an IV just in case I needed to be rushed to the hospital. As my friend Sarah would say, JESUS, BE A FENCE.

I asked him if I could use the restroom, but because I was “in isolation,” he was going to have to bring in a bedpan.

Not 30 minutes prior to this I was sitting at my kitchen island eating leftover iFratellis pizza for lunch, and now here I was about to pee in a bedpan and die of a blood clot. As the sages of old have instructed, eat dessert first, y’all.

The hours passed, more blood was drawn, and multiple giant swabs were thrust up my nose and slipped into vials. The CT scan was conducted by a small, sweet lady I could not describe to you because she was swathed in yellow scrub-like material and had a car windshield on her face. As the ring of radiation began whirling around my body, I was forced to hold my breath for five seconds at a time which proved nearly impossible and left me heaving for air.

I was returned to my triage room and left with a warm blanket to watch “Star Trek,” where I proceeded to text my mom and best friends every single detail of every moment thus far, especially the almost dying part and the bed pan part, with poor Gordon a distant third in communicated information.

I would find out afterwards he ultimately had to use the Pine Cove thermos as a bathroom in the backseat of our SUV. Bless it all. Clearly, we were both vamping on a theme. 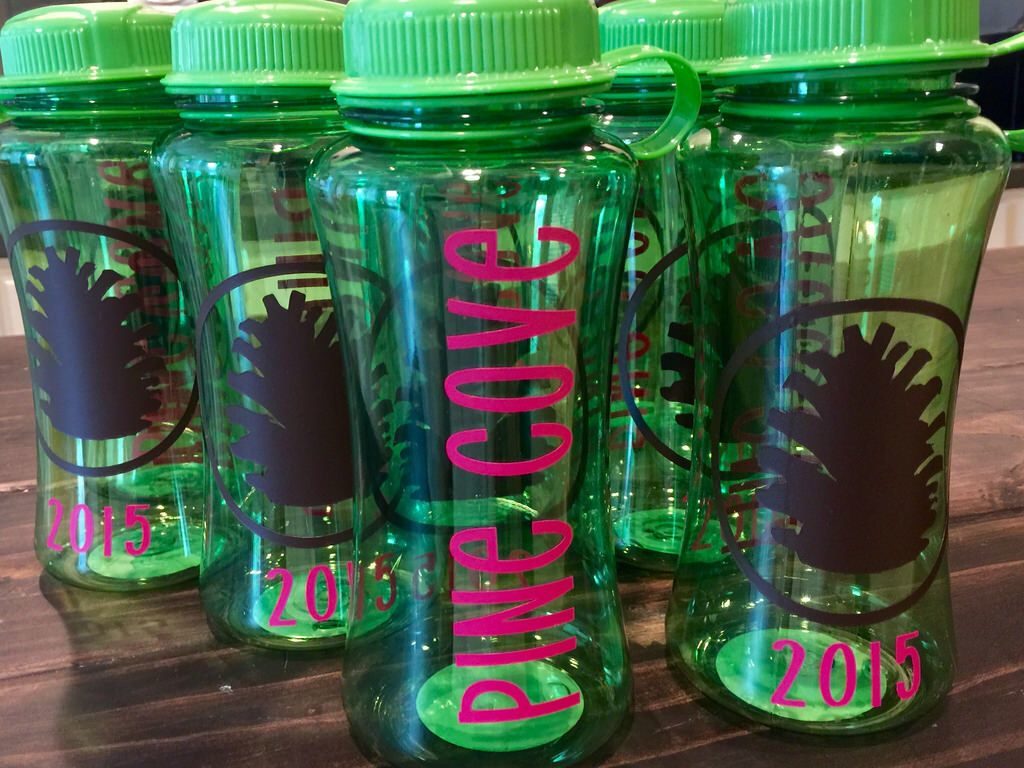 At the end of the day, it was proven that exactly nothing had been proven. I went home radiated, nose-violated and vein-pillaged, while still tired, running fever and short of breath.

I’ve been thinking about my kids through all of this. Not just how they are doing and how this must affect them, but what being a kid in general is like, or should be like. Don’t we all feel a little more like kids these days? We don’t know how to do basic things anymore. We don’t know how to go to the store, or how to be friends or how to go to the bank. We don’t understand things Authority Figures are telling us like we used to. In the past four weeks, I’ve spoken with six doctors, two of whom were doubtful of my having COVID-19, three of whom felt it is possible, and one of whom thinks COVID-19 is absolutely my diagnosis. I’ve felt like a functional seven-year-old trying to process the implications of this.

Then it dawned on me that kids don’t sleep well at night all snuggled in their beds because they understand everything going on in the news or in the cells of their bodies. They sleep peaceful slumber because they’re at home with people who love them.

Something about this is ringing familiar, something about becoming like a little child to enter the Kingdom of Heaven. Maybe that’s the wisdom here, and ultimately the cure: that I don’t have to know anything more right now than that I am loved, and that maybe knowing a great deal more about my situation could actually get in the way.

Knowledge is power, but perhaps it is not peace.

I’m all for more love, not less.

Turns out growing down instead of growing up is much, much harder.