Don’t get me wrong. This is a great thing. They’re doing online learning this year, and I work from home, so when they make their own lunches, I’m the happiest mama in the world.

I found out that they were only eating rice. Maybe with a little leftover meat from the night before.

No vegetables. At all.

So, being the good mama I am, I wanted to make sure that they ate their vegetables. I dove into recipes on the web. What we’ve found works best in our house is having on hand a mixture of fresh veggies, all nicely slices and/or diced, and quickly pickled veggies to perk up the bland brown rice. Asian cultures have long known the value of pickled vegetables in a meal, and there are thousands of recipes to choose from. I usually spend an afternoon preparing a week’s worth of vegetables for us. Because these are all quick pickles, you don’t have to worry about canning them; I just put them in large non-reactive containers with a tightfitting lid in the fridge! These are some of our favorites. 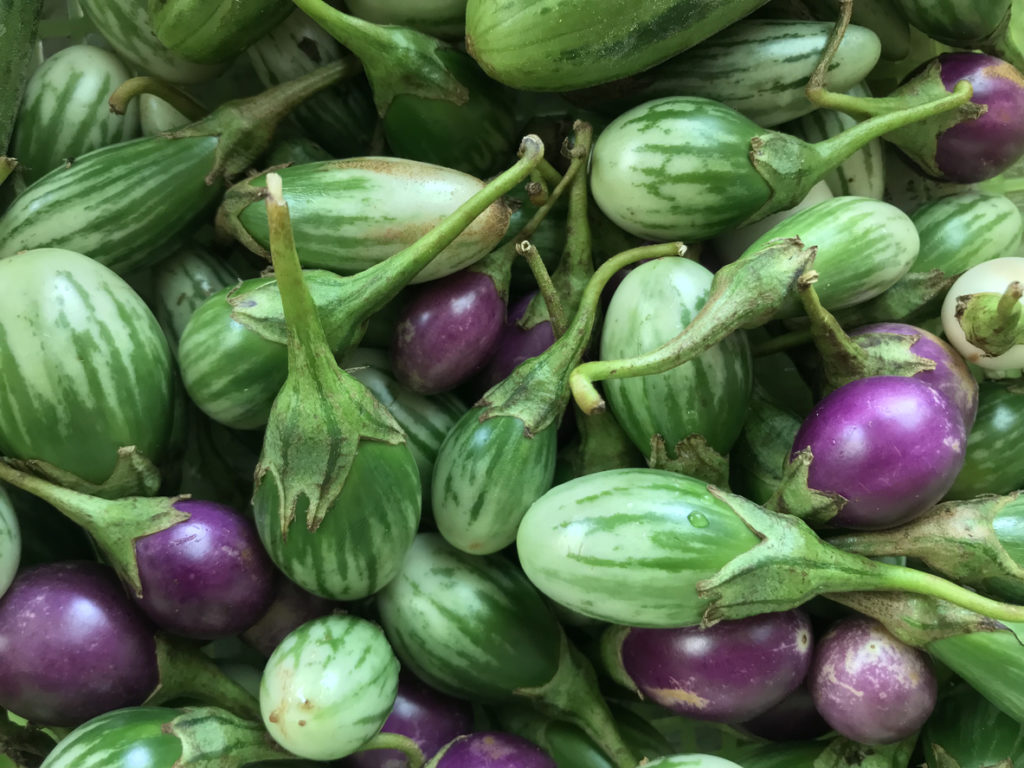 Normally, my kids wouldn’t eat eggplant if you bribed them, but these little gems go almost faster than I can make them!

Trim the stems of the eggplant and quarter them. Toss them with the kosher salt and allow to stand in a colander or strainer set over a bowl for at least 30 minutes or up to an hour. Rinse well with cold water and pat dry with paper towels or a clean tea towel.

In a large saucepan or a sauté pan, heat the oil over medium high heat. Add the garlic, lemongrass and chiles and stir for about a minute. Add in the eggplants, brown sugar, lime juice, rice vinegar, and soy sauce. Stir well to dissolve the brown sugar. Bring the mixture to a boil and then reduce to a simmer. Simmer, uncovered for about 15 to 20 minutes, or until the eggplant is fork-tender.

Remove the eggplant to a non-reactive bowl or container with a good, tightfitting lid and toss with the fish sauce while continuing to simmer the liquid for another 10 minutes, or until it is nice and syrupy. Pour the syrup over the eggplant, close the lid, and let cool on the counter before storing for up to a week in the fridge. This is great with all sorts of grilled or roasted meats and seafood! 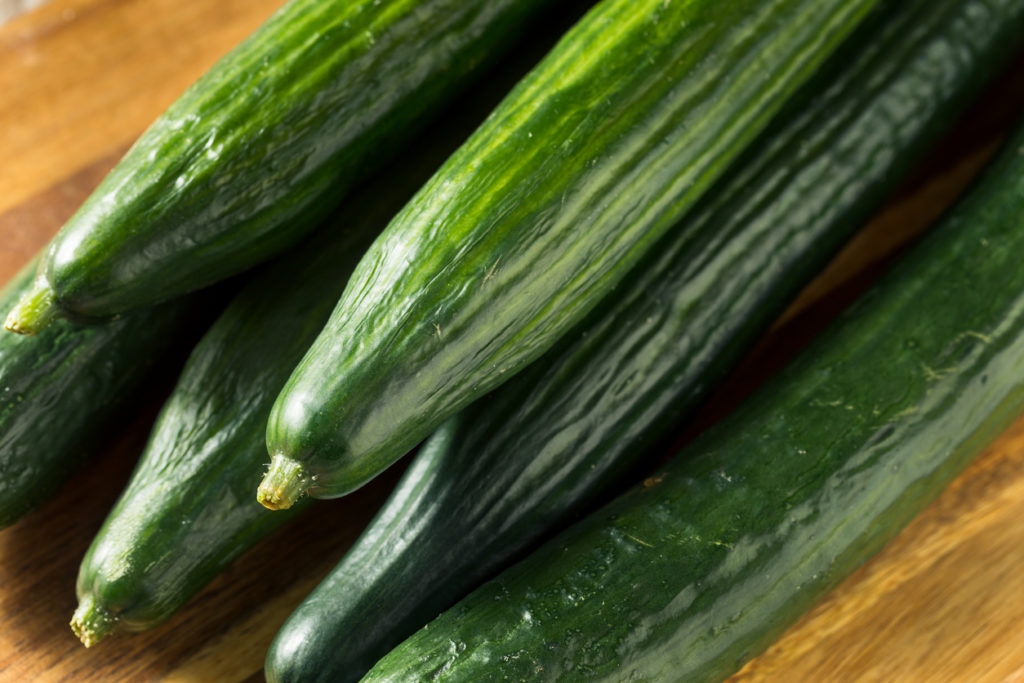 My husband doesn’t like cucumbers, but he loves these! They’re everything a pickle should be – sweet and salty and garlicky and spicy. Yum!

Wrap each cucumber in a clean tea towel. I know this sounds odd but trust me. Using the flat of a knife, or a heavy saucepan, smack the cucumbers until they crack and are slightly flattened. (This creates all sorts of cracks and crevices for the marinade to hide in.) Unwrap the cucumbers and cut them into 1-inch pieces. Toss the cucumbers in the sugar and the salt and allow to sit in a colander or strainer set over a bowl for at least 30 minutes and up to an hour.

Meanwhile, combine the garlic, unseasoned rice vinegar, soy sauce, fish sauce, and chile-garlic paste in a non-reactive bowl or container with a tightfitting lid. Whisk in the toasted sesame oil.

Rinse the cucumbers well in cold water and pat dry with paper towels or with a clean tea towel. Toss in the marinade and refrigerate for up to a week. To serve, sprinkle with the toasted sesame seeds. 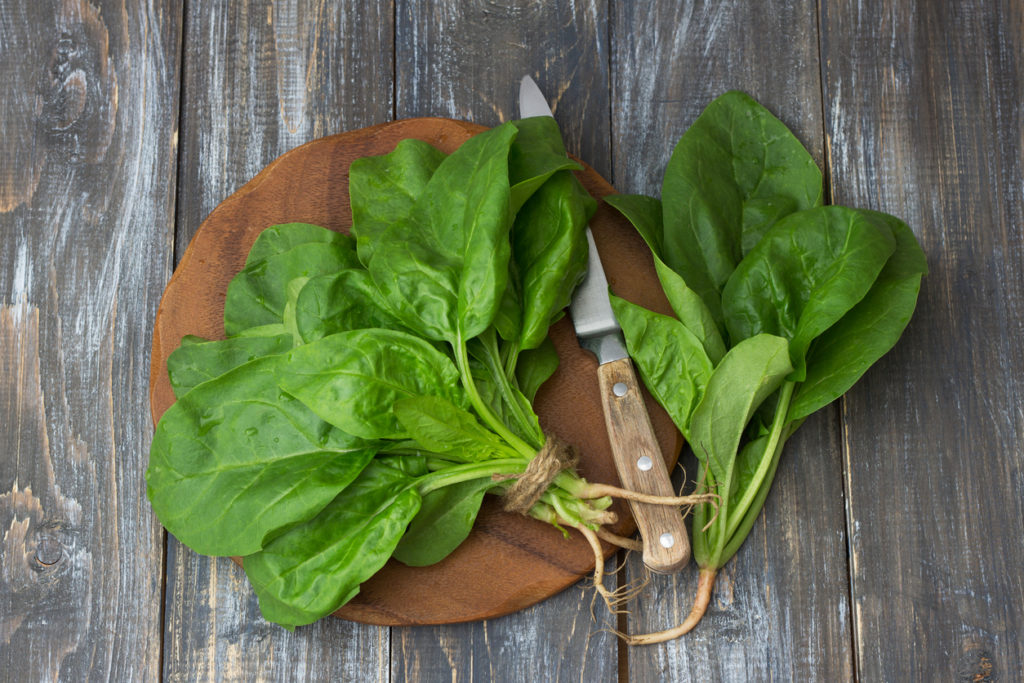 If you have spinach haters in your house, try serving them this. My spinach hater cannot get enough of the stuff! I make this twice a week, and we always run out!

Bring a large saucepan or pot of salted water to a rolling boil. Have a large bowl of ice water next to the stove. If using bunched spinach, cut of the stems. Blanche the spinach in the boiling water for about 30 seconds, then using a strainer or tongs, remove the spinach and immediately dunk in the ice water. Drain the spinach well and squeeze out as much water as you can.

While you’re waiting for the water to boil, combing the rest of the ingredients in a non-reactive bowl or container with a tightfitting lid. Once you’ve squeezed all the excess water out of the spinach, add it to the marinade and toss gently to separate and coat the leaves. Refrigerate for up to a week.

Other vegetables we keep on hand include matchstick carrots, shelled edamame, sliced radish, jicama cut into matchsticks, blanched or roasted green beans/broccolini/asparagus, and broccoli and cauliflower florets. You can use whatever your family likes! Sometimes, if we don’t have any protein leftover from the night before, my kids will fry an egg to go over the top of their bowl. And if they’re feeling really nice, they sometimes even make a bowl for Mama!