Theater Is a Show, Not a Tell

There’s something magical about young people doing theater for other young people, especially if the actors are particularly talented and they are doing a particularly great piece of theater. Cry Havoc Theater Company gets at least one of those right in their streamed production Once Upon A Moon, a piece conceived by Mara Richards Bim along with the precocious cast of high school junior girls.

An award-winning theater company founded in Dallas in 2014 by Bim, Cry Havoc has produced 14 productions (13 of which are original works), receiving attention as of late from NPR and KERA for their 2018 production of Babel. They’re no slouches by industry standards, in other words. And the laudable mission is as follows: “Creating art that amplifies the voices of young people and serves as a conduit for community dialog.” The problem comes when the amplification of voices and the provoking of dialogue become more important than the art itself.

But, OMG. The concept is cool. In fact, my 10-year-old daughter with whom I watched it said, “This is cool!” verbatim at least twice. And it was. Filmed at the Pavilion at Dallas Heritage Village, the six-person all-female cast re-creates a series of old fairy tales (mostly the grimmest of Grimm) using a combination of props, foley sound and physical miming techniques, all without ever leaving the stage during the 1 hour 12- minute show. It felt delightfully like a slumber party where the girls were performing in a living room using things they had found around the house (if your house had badass props) — except with expert precision, timing and execution. There wasn’t a weak link in the cast, and I’m especially partial towards my beloved Hannah Moore, with whom I worked last year at Dallas Children’s Theater.

The premise of the show, summed up well by my daughter, is that “girls are getting pushed around” in various ways, mostly through forced marriages and captivity and occasionally through cannibalism. If you haven’t read Bluebeard or The Robber Bridegroom, let alone Hansel and Gretel in a while, you might refresh yourself on the themes before showing this to a younger child. Those wild old stories are gruesomely fun, though.

The first half of the show is roughly the first half of each fairy tale, and the last half provides the resolution of each, showing the beleaguered girl prevailing in some way. The problem comes at the end when the cast breaks the fourth wall and addresses the audience with a heavy-handed series of statements about female triumph and domination that seemed out of keeping with the more fanciful tone and posture of the play itself. (The play begins in a similar manner, which then felt out of place when the fairy tales got underway.) Whether one agrees with the statements is irrelevant; when you’re told how to feel at a theater, a death knell sounds in the distance. I got the impression the play SHOULD have made us feel we women are “the one and only queens of our own paths, of our own hearts, of our own souls, of our own selves,” as the play’s last earnest line declares. While the fairy tales resolved themselves in fairly positive ways for the girls involved, the characters’ triumphs weren’t that visceral, that staggering, that worthy of such a summary.

Today’s young theater-makers could learn from playwrights like Chekov, whose characters make comments about birds and, if acted correctly, communicate a world of speechless, soul-rending truth that needs no sermonizing. (Could you imagine Masha turning to the audience to decry her oppression as a woman in Russian society?) Show us, please. You can indeed “Cry ‘Havoc!’ and find effective ways of doing it that don’t involve bullhorns. First and foremost, it starts with trusting your young audience. They’ve got hairs on the backs of their necks just like you do.

I will say, if you’re still reading, that Once Upon a Moon was indeed a “conduit for dialogue” afterwards with my daughter. We had a great conversation about what it looks like to stand up for yourself as a woman. We asked whether it’s really true that we can declare ourselves the owners of our own paths and hearts, if that kind of self-theology is realistic and dependable given things like COVID and cancer and personal foibles and weakness. These are among the most important questions of life. I’m grateful to have had the chance to talk about them with Maddie, and I applaud Cry Havoc for carving out that space for us. I also applaud them and their talented young cast for putting theater into the world during such a chaotic time in such a daring and (mostly) creative way. Pretty sure Chekov would have done the same. 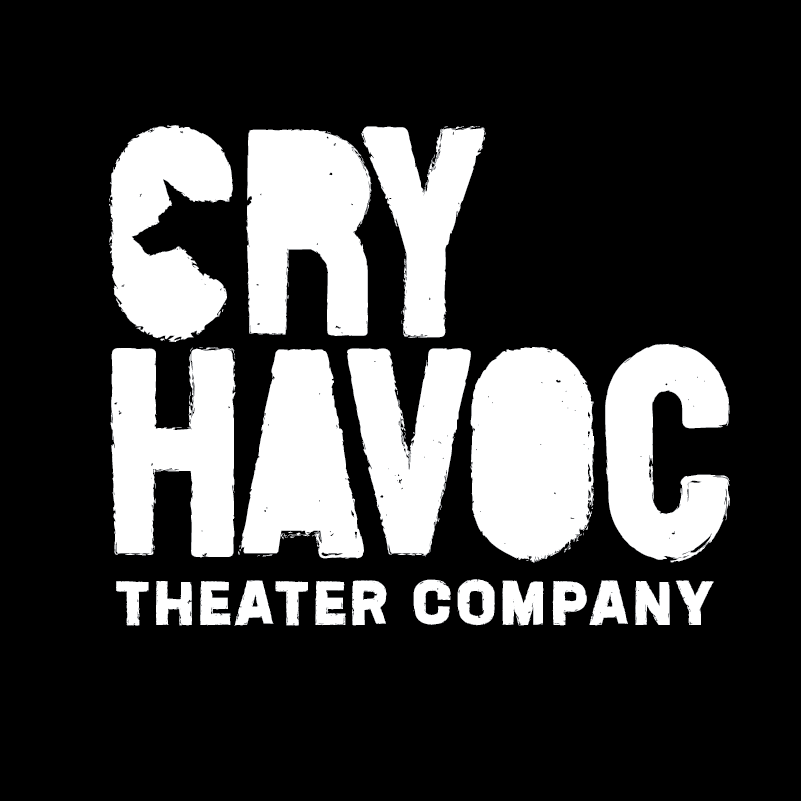 Tickets are a pay-what-you-can model with a $20 suggested donation at  www.cryhavoctheater.org. Once Upon a Moon runs through February.