With Valentine’s Day approaching, stores are filled with everything heart-shaped—heart-shaped boxes of chocolates, heart-shaped cinnamon jelly candy, heart-shaped pillows, and more. Well, the plant world features heart shapes, too! Many plants have heart shaped leaves and modified leaves (bracts). Learn about plants that will steal your heart. 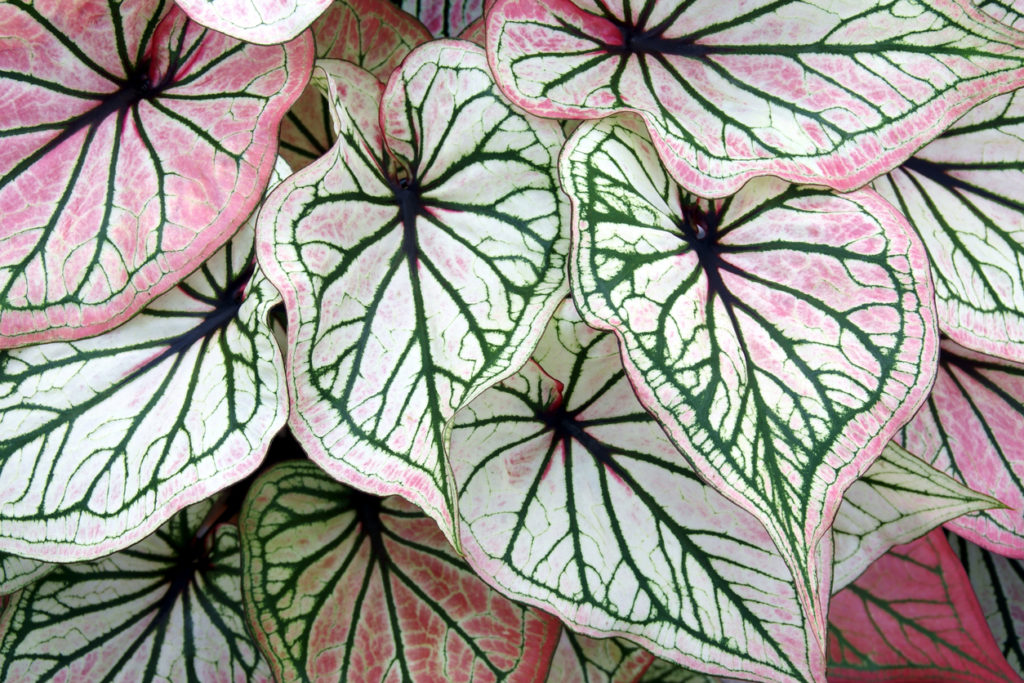 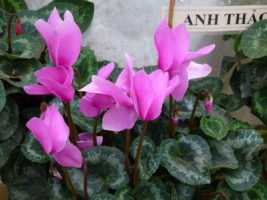 Cyclamen: Florist’s cyclamen, Cyclamen persicum, has showy flowers with reflexed petals that are produced on long stems held upright above the leaves. The flowers come in red, white, and pink, and the heart-shaped leaves are often variegated. Give cyclamen bright, indirect light in the winter; when the leaves are present, the plant is actively growing. Water whenever the soil feels dry and avoid watering the crown of the plant. While the plant is dormant during the summer, keep it out of bright light. Begin watering again in September and bring the plant back indoors before frost.

Heartleaf Philodendron: Native to Mexico, the West Indies, and Brazil, Philodendron scandens, or heartleaf philodendron, is perhaps the most popular philodendron sold in commerce today. It is an easy-to-grow, indoor house plant with dark green, heart-shaped leaves. Plant it in a good potting mix and place in bright, indirect light. Water regularly during the growing season but reduce watering in fall to late winter. Pinch trailing stems to promote bushier growth. 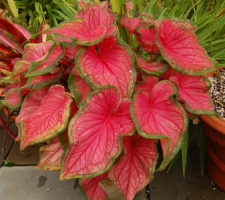 Caladium: Fancy-leaf caladiums sport large, showy, heart-shaped leaves and grow best in organically enriched soil in the shade. Plant the tubers after Mother’s Day directly in the soil and cover with about an inch of soil. Most fancy-leaf varieties grow about 16 to 20 inches tall and last until mid-to-late September, at which point the leaves start collapsing. Keep them well-watered during the growing season. At the end of the season, dig up, dry out, and store in a cool, dry place such as the garage or a basement. 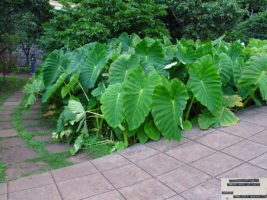 Elephant Ears: The most widely grown elephant ears, or taro, are classified as Colocasia esculenta, of which there are many varieties such as ‘Black Magic’ (black leaves). Elephant ears are grown for their large, heart shaped leaves that add a tropical look to any landscape. Plant in partial shade where they will get plenty of water; low, wet areas or spots near water features are ideal. At the end of the growing season, dig up the corms and store them in a cool, but not freezing, environment such as the garage. Replant them in the spring when the danger of frost has passed. 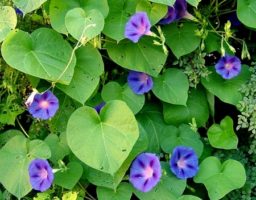 Morning Glory: This annual vine produces heart-shaped leaves that serve as a foil for the abundance of trumpet-shaped flowers that cover the vine in late summer and fall. Plant its seeds in the spring in any type of soil and full sun. Provide the vine support on which to grow. Flowers come in white, pink, blue, purple, and combinations of these colors. One of the best known and most popular varieties is ‘Heavenly Blue,’ which produces huge, sky-blue flowers.

If you have your heart set on plants with heart-shaped leaves, surround yourself with any of the plants described above. They will add color, texture, and heart shaped form to your indoor and outdoor world.

This article, written by Steve Huddleston, senior horticulturist of the Fort Worth Botanic Garden, originally appeared here and is reprinted by permission of the BRIT.