An Enduring Fascination: The New Renoir Exhibit at the Kimbell

On Sunday, October 27, The Kimbell Art Museum’s latest exhibition will open to the public. Renoir: The Body, The Senses focuses on Renoir’s enduring fascination with the human form. 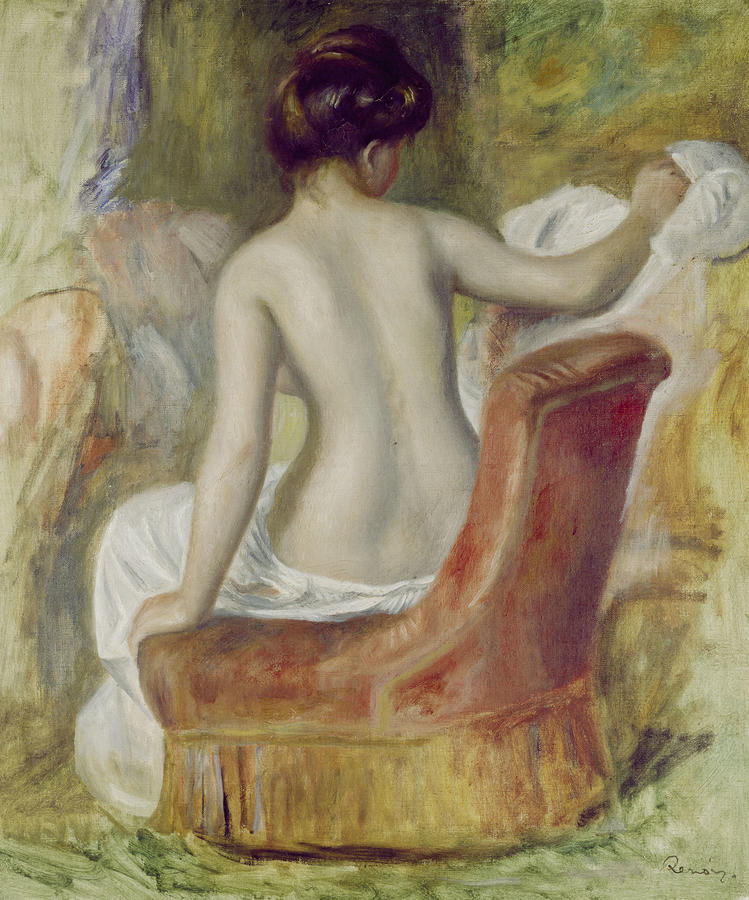 Over the course of his long career, Pierre-Auguste Renoir continually turned to the human figure for artistic inspiration. The body—-particularly the nude—-was the defining subject of Renoir’s artistic practice from his early days as a student copying the old masters in the Louvre to the early 20th century, when his revolutionary style of painting inspired the masters of modernism. In recognition of the centenary of Renoir’s death, the Kimbell Art Museum presents Renoir: The Body, The Senses. This daring exhibition, featuring more than 60 works by Renoir, his sources, contemporaries and followers, is the first major exploration of Renoir’s unceasing interest in the human form. It reconsiders Renoir as a constantly evolving artist whose style moved from Realism into luminous Impressionism, culminating in the modern classicism of his last decades.

Renoir: The Body, The Senses includes approximately sixty paintings, drawings, pastels, and sculptures by the artist as well as works by his predecessors, contemporaries, and followers. An international roster of exceptional loans including Boy with a Cat (1868, Musée d’Orsay), Study: Torso, Effect of Sun (c. 1876, Musée d’Orsay), Seated Bather (c. 1883–84, Fogg Museum, Harvard Art Museums), and The Bathers (1918–19, Musée d’Orsay), as well as major contributions from the Clark’s renowned collection of the artist’s work, survey the breadth of Renoir’s career.

Renoir’s respect for tradition will be demonstrated by comparison with such paintings as The Three Graces (Peter Paul Rubens, c. 1636, Dulwich Picture Gallery), Andromeda (Eugène Delacroix, 1852, Museum of Fine Arts, Houston) and The Repose (Camille Corot, 1860, reworked c. 1865/70, National Gallery of Art). His distinct approach to the subject of bathers will be underscored in a comparison of works such as his Bathers Playing with a Crab (c. 1897, Cleveland Art Museum) and The Bathers (Edgar Degas, c.1895, Art Institute of Chicago). Renoir’s profound influence on future generations will be seen in Pablo Picasso’s Nude Combing Her Hair (1906, Kimbell Art Museum), among others.

The exhibition investigates a number of themes central to today’s consideration of Renoir’s art, chief among them his engagement with the long tradition of the female nude as depicted in antique sculpture, in painting since the Renaissance and as espoused in his time by the École des Beaux-Arts. Further themes include the concept of the female body and the male gaze in the nineteenth century, Impressionist figure painting and the effects of light on flesh, Renoir’s talent as a draftsman, the relationship between Renoir’s treatment of the body and that of such contemporaries as Gustave Courbet, Edgar Degas, and Paul Cézanne, and Renoir’s late—still much debated—paintings and sculpture, works that inspired the next generation of modern artists. 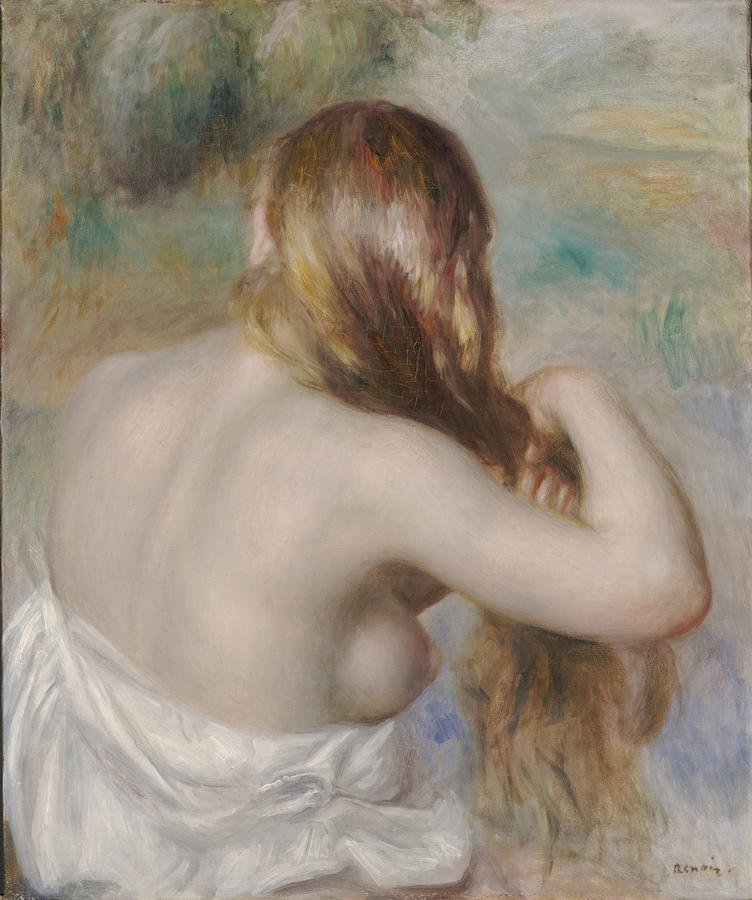 The artist’s critical reception—then and now—is explored in the exhibition and in the accompanying catalogue. During his lifetime, Renoir was idolized by artists including Pablo Picasso, Pierre Bonnard, and Henri Matisse, as well as by renowned collectors Gertrude and Leo Stein, Josse and Gaston Bernheim-Jeune, Albert Barnes, and Sterling and Francine Clark. But he also experienced brutal criticism. In 1876, critic Albert Wolff wrote in Le Figaro, “Would someone kindly explain to M. Renoir that a woman’s torso is not a mass of decomposing flesh with the green and purplish blotches that indicate a state of complete putrefaction in a corpse”—referring to Study: Torso, Effect of Sun, now regarded as one of the high points of Impressionism. Today, Renoir remains a polarizing figure worthy of scholarly investigation, unabashed contemplation and reconsideration by contemporary audiences.

Visitors are invited to a free program of talks inaugurating the opening of the Kimbell Art Museum’s special exhibition Renoir: The Body, The Senses on Saturday, October 26, starting at 10 a.m. in the Pavilion Auditorium. The schedule is as follows:

No reservations are required. Priority admission is available for Kimbell members who present a current membership card at least 30 minutes before the program begins. Seating is limited. Auditorium doors will open one hour prior to the commencement of the program. Overflow seating will be available in the Kahn Auditorium. 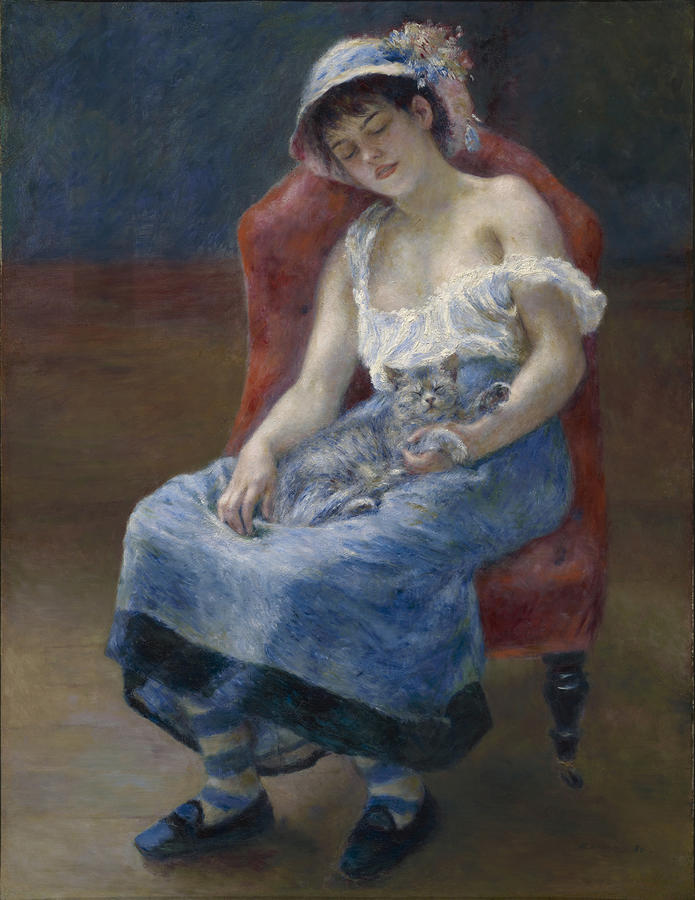 *Admission is always FREE to view the museum’s permanent collection.