When you get down to it, brisket is made up of two different muscles. You would think that cooking them separately would enhance the flavor but the opposite is true. You need the muscles together to balance the juicy, succulent essence of this slow-cooked meat. This is analogous with the story of Goldee’s barbecue founders, Dylan Taylor, Lane Milne, and Jonny White. Each partner is an essential muscle of their joint-venture, cooking up Fort Worth’s newest barbecue mainstay: Goldee’s. 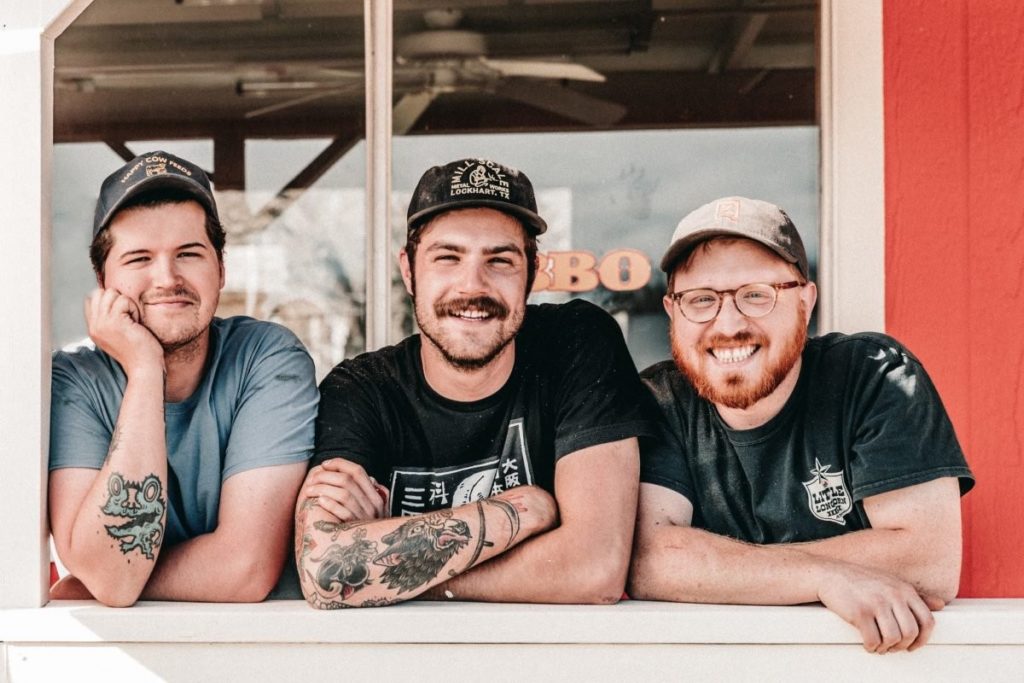 Driving out to Goldee’s, I feel transported back into the 1960’s version of Texas. Old Ford pickups, wild horses, dirt roads and that big Texas sky. I enter Goldee’s on a quiet Tuesday afternoon to be greeted by the tall and passionate Dylan and the more reserved and red-headed Lane.

We sit down at one of the sun splashed four-top tables covered in a vinyl red-checkered table cloth, comfortably situated next to a window framed with the original structures oak walls. The faint sound of a cow mooing in the garden just off the back of the restaurant catches my attention. Lane explains that that is in fact their cow and they are planning on growing all their herbs and vegetables in the garden for the restaurant. I think to myself, farm-to-table barbecue? I’m in!

The story begins in Arlington, Texas with three boys. Dylan, Lane, and Jonny all grew up together, went to the same school together, played in a band together and when the time came, moved to Austin together. After one semester at school Dylan was more enticed with barbeque than books and dropped out to get his first job at the 4th generation pit-master barbeque joint, Terry Black’s, and encouraged Jonny and Lane to do the same. The trio dove into the Austin barbecue scene, their pedigree ranging from Valentina’s to Truth BBQ. After working in pits from Houston to Canada the group of friends decided to save their money and open a place of their own a little closer to home. 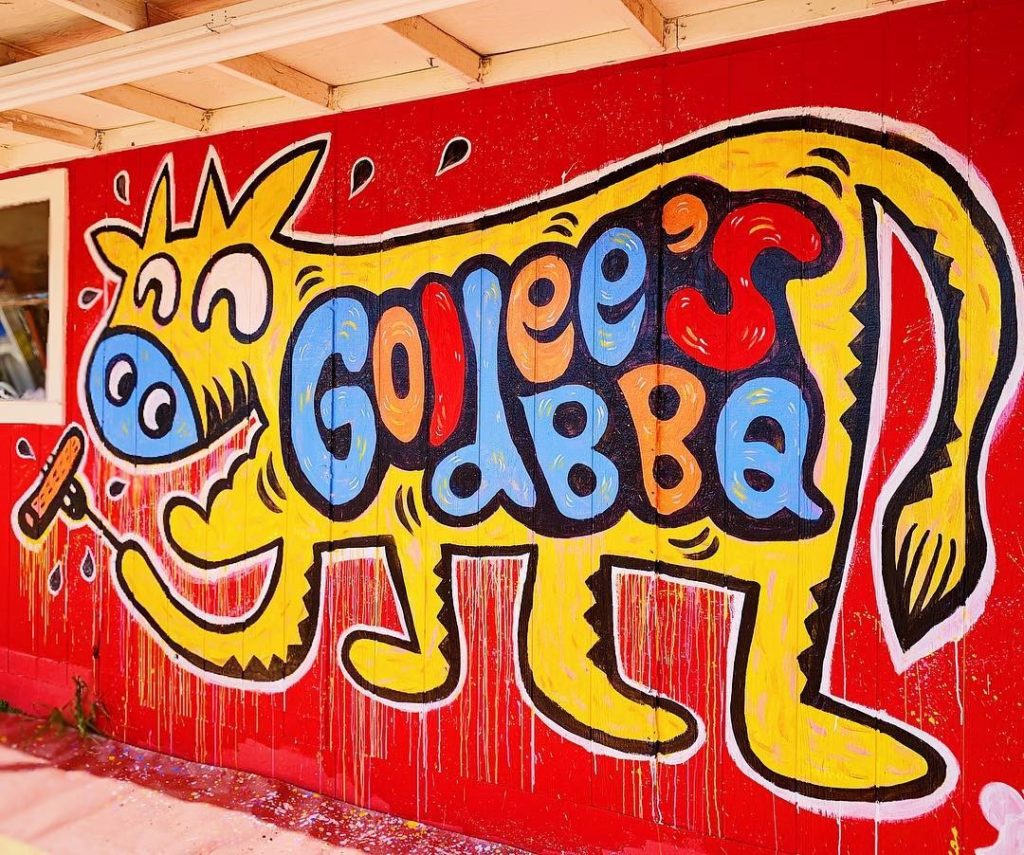 “We do it for the love of barbecue but if we didn’t have each other then we wouldn’t do it,” Lane says as he shows me the original brick rotisserie that they were able to preserve as part of the buildings original kitchen.

After three years of saving, the experienced pit-masters recruited all hands-on deck (or rather on the pit). One day Lane’s mom was driving down Dick Price Road and saw an old building for sale. She called Lane, and soon the place that was previously known as Kenneth’s barbecue in the 70’s was transformed into Goldee’s. When in need of some artwork for the new space, the team brought on an old Austin friend to do a psychedelic cow mural that is now the logo. As for the name, that is a product of an old girlfriend of Dylan’s that called his beloved pit-pulling Ford F250, Goldee, and it just so happened the name worked for the new business as well.

“Juicy, tender, and succulent” I am told as my hand grazes over the cold steel of the custom-made smokers. My mouth waters, soon to be satisfied by the cold salty crunch of a Goldee’s homemade pickle. Every side will be made from scratch, every ingredient, spice, and marble of meat accounted for. By having a simple and straight forward approach to the menu but giving each item scientific detail, the Goldee’s gang wanted to make good food for friends. By reallocating their bean stock to other menu items the barbecue joint is not only more conscious of waste but also is able to achieve an exquisite blend of unique flavors, making anyone not just want any old barbecue- but Goldee’s barbecue.

Goldee’s is set to open this year and will be opening its doors Friday-Sunday as well as offering one-on-one lessons with the pit-masters and catering. 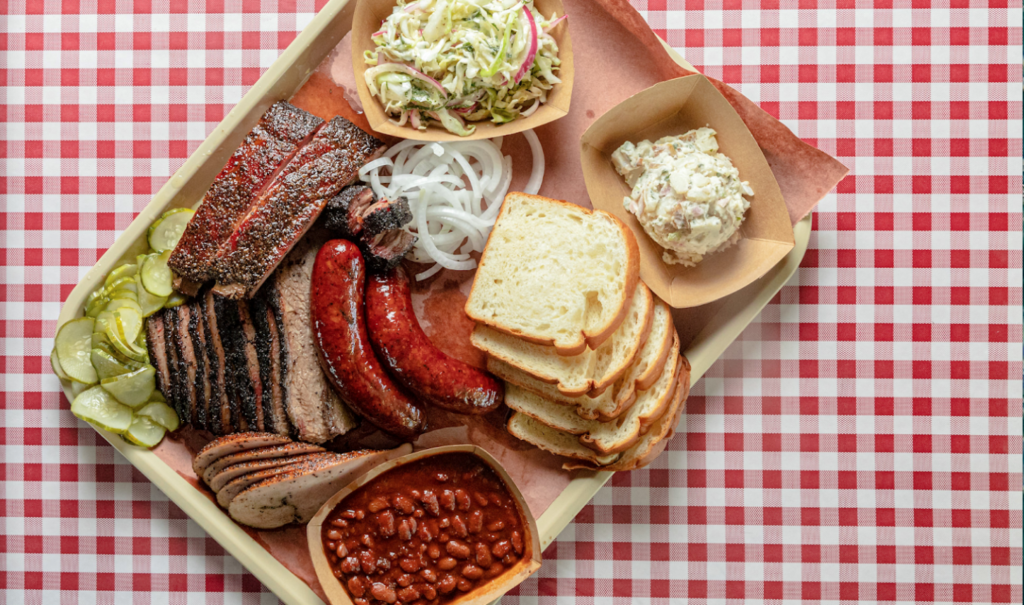 As I back out of the gravel parking lot, I can already imagine the people lined up sipping on the complementary wine and beer Goldee’s will provide, kids running around the veranda, Dylan inviting customers to the pits and giving free bites of the juicy meat, and the faint sound of 60’s music playing in the background, making me feel as if this 20-minute drive to south Fort Worth was actually a time capsule and a place where dreams come true with a good plate of barbecue.

McKenzie Amaral is the author of Dormet which features gourmet recipes for the dorm lifestyle. Amaral is a senior public relations student at Texas Christian University and wishes to pursue a career in food, travel and hospitality after graduating.