An Effective Teacher in Every Classroom

Over the past century, study after study has confirmed that the teacher in the classroom is the most important factor in a student’s success. 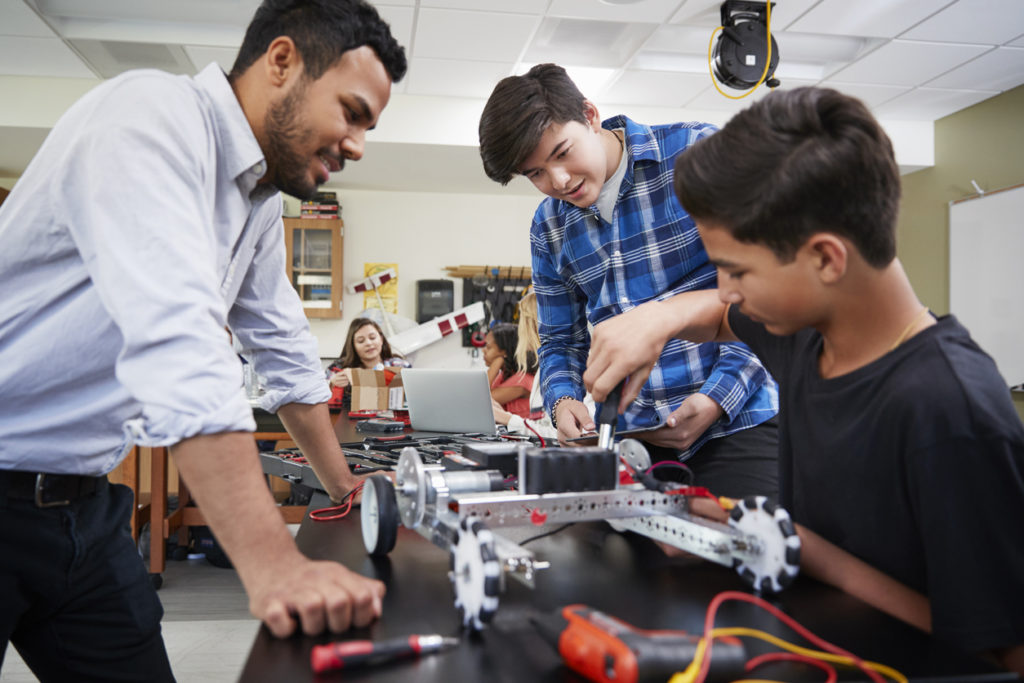 The importance of the teacher in the education process has prompted countless research efforts to understand “what makes a great teacher?” Is there something common about the personalities of great teachers, do they have more empathy than most? More grit? The educational experiences of students preparing to be teachers have been studied. The type, location and leadership of the schools in which great teachers thrive have been examined. Unfortunately, we do not know how to predict whether an individual will develop to be highly effective. Fortunately, we do know training and experiences that will help many teachers develop beyond their expectations.

We do know from numerous studies that certain actions by a school district will diminish the probability that an effective teacher will be hired. One of these variables is the teacher “hire date.” In fact, late hiring is so common that the Texas Education Agency has an official definition of “late-hire.” According to Mark Olofson with TEA: “The term ‘late hire’ actually has a definition in 19TAC 228.2 – ‘An individual who has not been accepted into an educator preparation program before June 15 and who is hired for a teaching assignment by a school after June 15 or after the school’s academic year has begun.’”

There are positive outcomes from hiring new teachers early in the hiring cycle and negative consequences of late-hiring. The Washington D. C. Public schools have experienced a remarkable turnaround in the last decade. Their story is told in the publication “WE THE PEOPLE: How the D.C. Public Change Everything to GET, GROW and KEEP Great Teachers and Principals.” According to the document:

“The earlier a district hires, the more likely it is to snap up the best talent. In fact, the average DCPS teacher hired in May is 20 percent more effective than the average teacher hired in August. That’s why DCPS now makes a concerted effort to hire earlier, helping principals map out a talent strategy months before the first applications start rolling in. The results have been impressive: Over the last four hiring seasons, DCPS has more than tripled the number of teachers it’s hired by June 30, from 252 in 2012 to 821 in 2015.”

“TeachDC has an online application system that collects background information such as applicants’ education history, employment experience, and eligibility for licensure.[vii] Following collection of this preliminary information, applicants are asked to complete up to three additional in-depth assessments.[viii] First, applicants take a subject- specific written assessment toevaluate their knowledge of subject matter content and associated instructional practices. District personnel score these written assessments and applicants who pass are then invited for a 30-minute structured interview covering areas such as their track record of success and how they respond to challenges. Interviews are also scored, and passing candidates are invited to a final “audition” stage where DCPS

D.C. Public Schools have experienced a significant increase in their National Assessment of Education Progress scores, which are presented in Appendix A. A note of caution is appropriate when interpreting these scores. The increase is not due to early teacher hiring alone. Teacher hiring is only a part of the robust human capital management system D. C. Public Schools developed. The student enrollment in DCPS is 47,500. 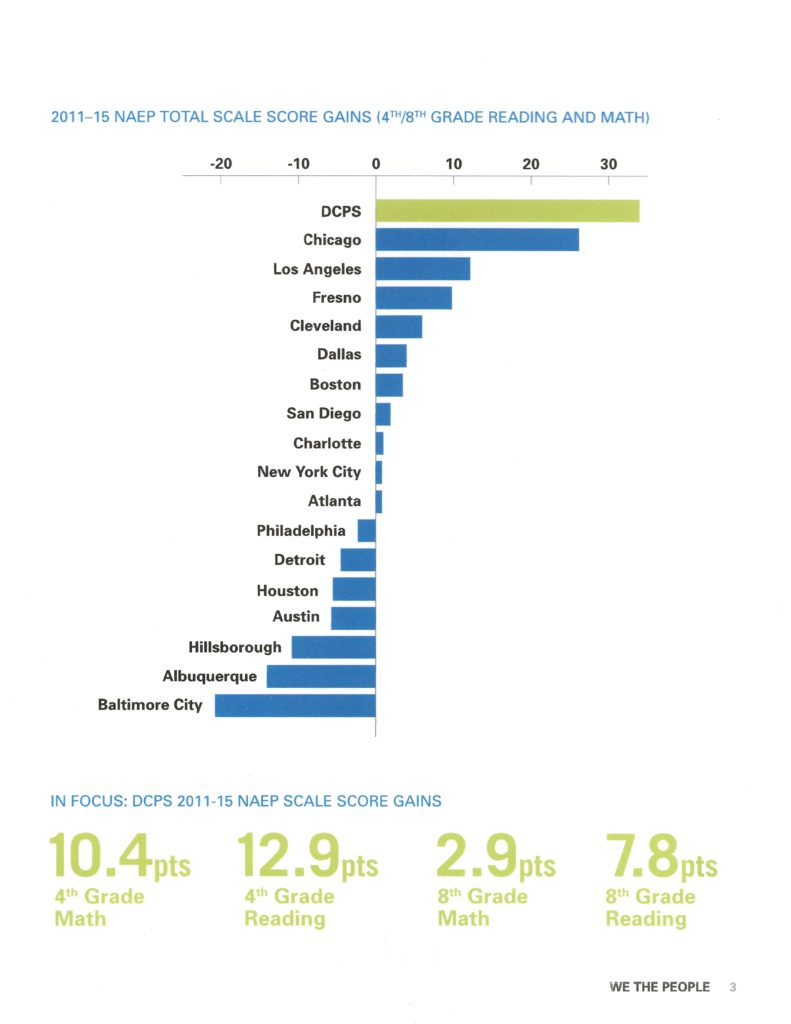 Just as there are advantages to hiring teachers early in the annual cycle, there are serious negative consequences of late-hiring. In the August 8, 2019 edition of EdWeek, Sarah D. Sparks cites results of a study, “The Extent of Late Hiring and its Relationship with Teacher Turnover: Evidence from Michigan” by Jones, Grogan and Maier. The following are excerpts from the EdWeek article regarding the study:

“Teachers hired after the start of the school year are twice as likely to leave their schools—or the profession altogether—within a year, leading to higher staffing costs for districts that delay their hiring, according to a statewide study of teachers in Michigan.”

“The study represents the first direct look at the effect of delayed hiring on teachers’ willingness to stay in the school, but Ms. Grogan said an assumption aired in earlier studies, issued by the New Teacher Project—that late-hired teachers are of lower quality—could be a factor in teachers’ transience.”

A working paper: “Missed Opportunities in the Labor Market or Temporary Disruption? How Late Teacher Hiring Affects Student Achievement,” by Papay, Kraft, Bloom, Buckley and Liebowitz addresses the impact of late hiring on student achievement. The abstract of the paper states:

“We examine the prevalence, distribution, and effects of late teacher hiring in a large urban school district. Nearly one in five new teachers in the district is hired after the start of the school year. Lower- performing schools serving low-income students struggle the most with staffing classrooms on time. Late hiring has serious consequences for student achievement. Students in classrooms with teachers hired after the start of the school year score substantially lower on standardized tests than their peers with other newly hired teachers (0.042 SD in math, 0.037 SD in reading). The effects of having a late- hired middle school math teacher persist beyond a teacher’s first year, evidence of negative selection in the labor market. However, the negative effect of late hiring among elementary teachers and middle school English teachers does not persist, pointing to a temporary disruption effect. Teachers who are hired late also leave their schools and the district at much greater rates than their peers who are hired on time.”

Further evidence of the negative consequences of late hiring comes from a study by TNTP for Houston ISD of the value-added by teachers as a function of hire date. These data are presented in the graph in Appendix B. One should note the negative value added by teachers hired 45 days before the start of school, i.e. about mid- July in the hiring cycle.

The conclusions drawn from this study are that teachers hired late in the cycle are most likely to:

What bearing does this information have on FWISD? To appreciate the current situation in the District some background information will be helpful. In late 2013, FWISD entered into a contact with TNTP to analyze the policies and practices affecting the hiring, development and retention of its teachers. The study of these policies and practices was completed and presented to the Board of Education in June 2014. This presentation was made available to the current administrative leadership of the District. Relevant slides from the Board presentation are presented in Appendix C.

Later that summer, Superintendent Walter Dansby left the District and the Board cancelled the TNTP contract.

For the 2016-17 academic year, the District hired 777 new teachers in July-September. The District was unable to provide information about the number of new hires during the period January-June 2016. As a consequence, the total number of teachers hired for 2016-17 is not determinable.

This information confirms that little has changed since the late-hiring problems were identified over five years ago. Why? This question has not been answered; there has been no known attempt to address this issue since 2014. Two comments arise based on the obvious: 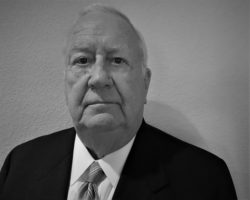 William H. Koehler was Provost and Vice Chancellor for Academic Affairs at Texas Christian University for twenty five years.  In his dual role, Dr. Koehler was directly responsible for all academic programs, admissions and financial, research institutes and centers, student academic support centers, the library, the University Press and information technology. He has served as Vice Chairman of the United Way, Fort Worth Symphony Board, Carter Blood Center Board, Medical Plaza Hospital Board, Leadership Fort Worth Board, and the Center for the Reform of School Systems.  He completed a four year term as the community-wide elected President of the Fort Worth ISD Board of Education.  Dr. Koehler was the Director of the FWISD Excellence Fund in the Community Foundation of North Texas.