Max and Leo Have Produced at Hit at Casa Mañana

Opening night of The Producers at Casa Mañana, and (my) expectations were high. The show is, after all, Mel Brooks’ adaptation of his own 1967 hit movie, starring Zero Mostel and Gene Wilder. The original Broadway production opened in 2001, starred Nathan Lane and Matthew Broderick, and won 12 out of its 15 nominations at the 2001 Tony awards – a record that still stands today. How could, I wondered, such a big Broadway production fit onto the more intimate stage of Casa Mañana? 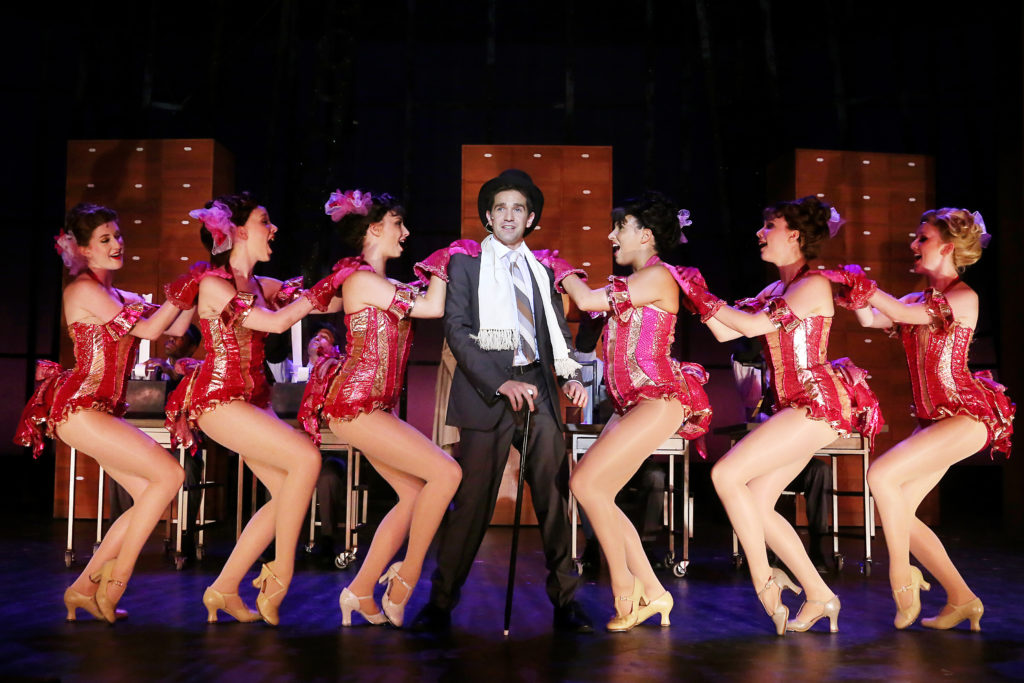 Very well, it turns out. The story, if you are unfamiliar with the movie and/or musical, it is pure Mel Brooks. A Broadway producer, Max Bialystock, has just closed his latest flop when he meets a young, naïve accountant named Leo Bloom. Leo has always dreamed of becoming a Broadway producer and innocently remarks that Max could make more money producing a flop than a hit. Max, always on the lookout for a new way to make money, latches onto this idea and recruits Leo to help. Throw in a German playwright pining for the balmy days of the Third Reich (the musical takes place in 1959), a Swedish star/secretary, the worst director in New York, a coterie of little old lady “investors,” and a chorus of tapdancing, goose stepping Nazis, and you have a classic Mel Brooks romp that will have you laughing out loud. 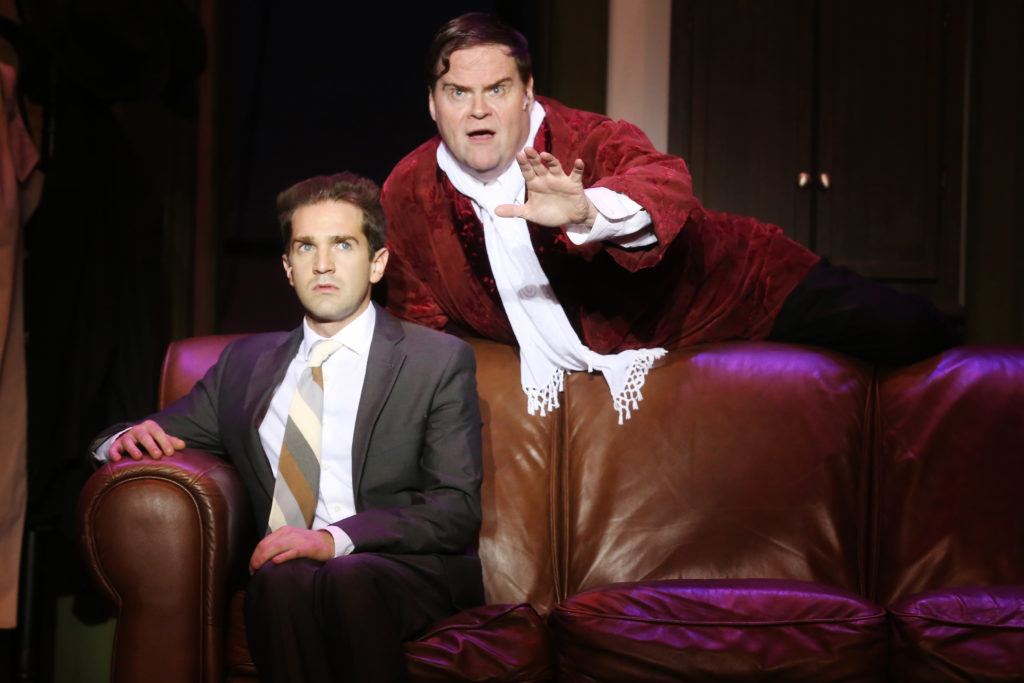 As Max Bialystock, John Treacy Egan is, quite honestly, perfectly cast. With a big voice and an even bigger presence, Egan is the vision of the harried hustler who seduces little old ladies in order to produce his shows. He has seen it all and done it all. By contrast, Dan Deluca’s Leo Bloom is a timid nebbish who gets roped into Max’s schemes. Deluca is a fearless physical comedian, throwing himself around the stage when not dancing his heart out or cuddling his blue blanket. (Deluca’s panic attacks are brilliant.) As Ulla, the Swedish star-cum-secretary, Julia Knitel is all long legs and blonde hair with a “Swedish” accent and a big, belting voice.

As this is a Mel Brooks production, much of the humor relies on caricatures of homosexuals and Nazis. After all, the “guaranteed flop” that Max and Leo produce is called Springtime for Hitler: A Gay Romp with Adolf and Eva at Berchtesgaden. But watching Max and Leo dance the “Guten Tag Hop Clop” with playwright Franz Liebkind (Greg White) or slink across the floor in a Fosse walk behind Carmen Ghia (Sean Patrick Doyle) had me in tears. David Engel’s flamboyant director, Roger de Bris, is overblown, campy perfection, and he manages to negotiate 3 ½-inch heels better than I do! And the chorus, the members of whom portray Nazis, little old ladies, bums, theater goers, police, and prisoners, is pitch perfect. 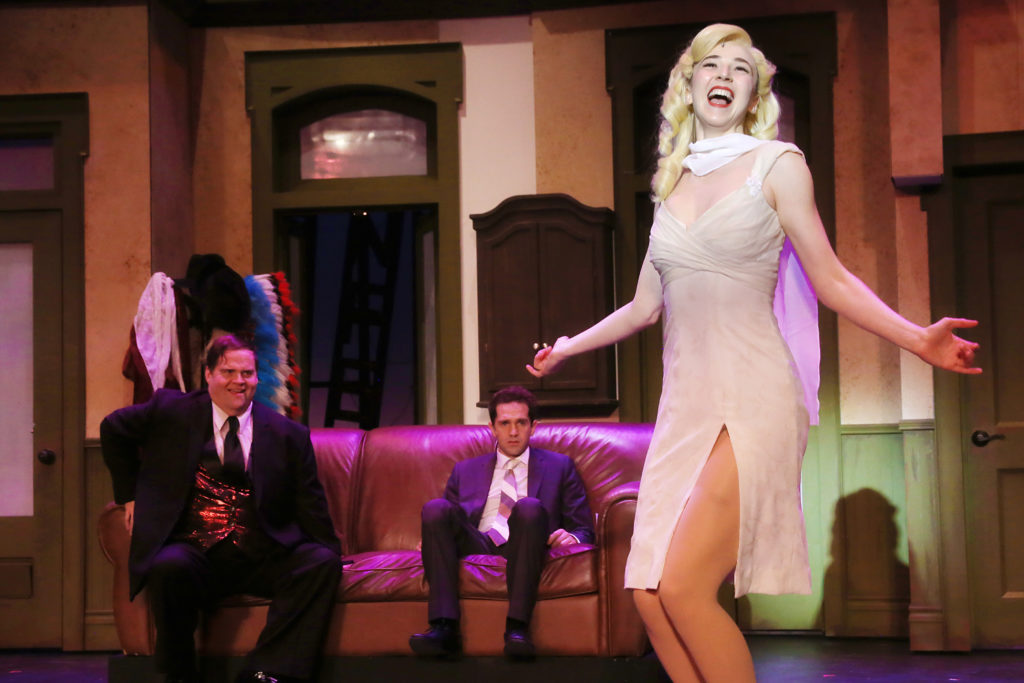 A word of warning, however: this is NOT a show to take the children to. I know I’m beginning to sound like a broken record (and doesn’t THAT date me!), but this is Mel Brooks. Mr. Brooks has never known a line of “decency” that he won’t happily drive a tank over, and the show is full of double entendres, innuendos, and curse words. So make this a date night or a Girls Night Out. Just remember to wear something you can belly laugh in because The Producers will have you rolling in Casa Mañana’s aisles.

The Producers runs through June 9. To get your tickets, and I highly recommend that you get tickets, follow this link. But do it quickly, as tickets are fast selling out!