The Mighty Among Us: The Women Behind Fort Worth’s Most Buzzed-About Film

You heard the whispers. You saw the press releases.

In the balmy, pre-masked days of 2019, Fort Worthians were gleefully searching out and exchanging info. Where’s the movie shooting today? Did we really see Robert Duvall and Luke Wilson at Joe T’s last night? Rumor had that Martin Sheen was staying at the Worthington – has anyone seen him? 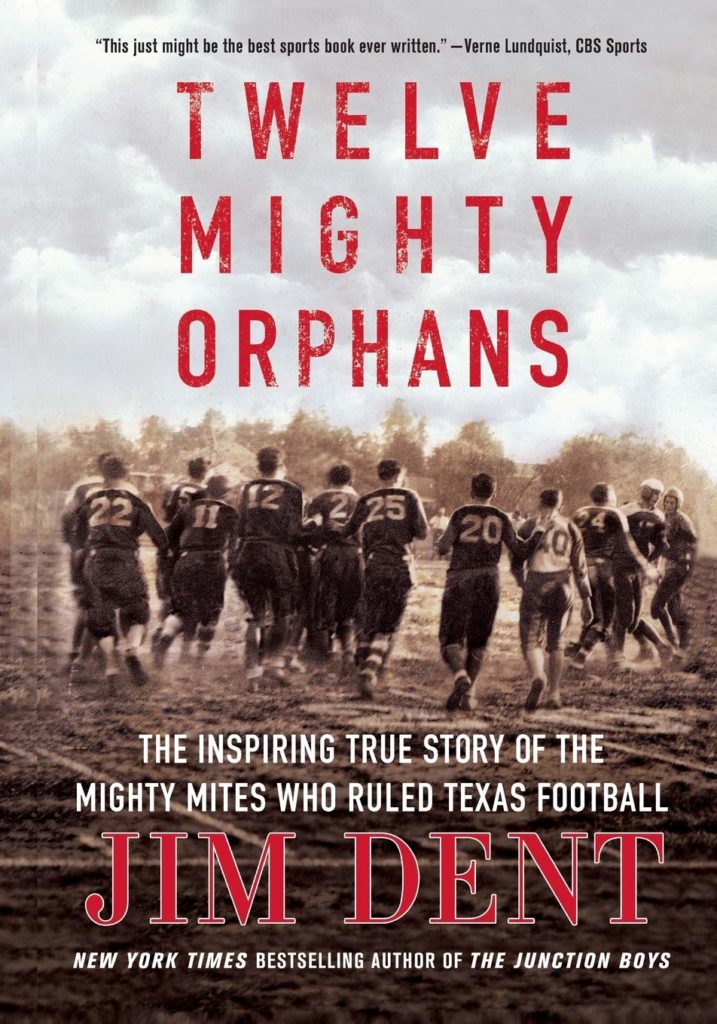 Based on the book by Jim Dent, 12 Mighty Orphans is the true story about the scrappy team from the Fort Worth Masonic Home that went on to Texas football greatness as the Great Depression raged. Producer Michael DeLuca of Captain Phillips and The Social Network partnered with Houston Hill of The Iron Orchard to bring the story to life with director Ty Roberts (The Iron Orchard).

A film about boys made by boys, right? Hardly.

Meet producers Camille, Anne, and Angelique, three women who brought their A-game to midwife a sports movie into being. They’re all natives of the Lone Star State. They’re all moms. And they all love their work. 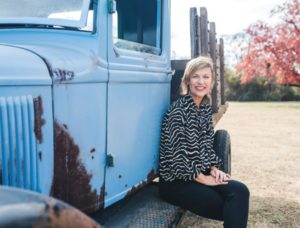 I got to interview each woman on-set last fall, feeling guilty for interrupting a busy workday. That morning, the crew was shooting a scene in which the orphans take on the Lake Highlands team, which involved dozens of extras in period clothing and two fully outfitted 1930s-era football teams. It was also Martin Sheen’s last day on set so much had to be put “in the can.” The weather was iffy. I felt like I had on too much lipstick.

Producer Camille Chambers pulled away to speak with me first, her headphones resting on her collarbone at the ready. She was all smiles. A Lubbock-raised grandmother, Camille was enthusiastic about the project, especially after working on Ty Roberts and Houston Hill’s other film, The Iron Orchard. “I’m a Texas girl. When I first met Ty, I knew immediately that I wanted to work with and for him. It was so fun to be part of a team that knew how to tell Texas stories with strong Texas women.”

Inspired by her own mother who lived through the Depression, Camille drew a parallel between the films. “Both films are very dude-heavy, but as you read the stories, you see the women behind the men.”

A veteran of many areas of “The Business,” Camille ultimately reinvented herself in the 1990s after becoming a single mom, taking on freelance work that fit her kids’ schedules and synched with her values. “I will never work on a project that I cannot validate with my children. I want to say I that I busted my rear for something I want you to be proud of, too.”

On 12 Mighty Orphans, Camille was busy with day-to-day tasks and frequently took on a maternal role with her staff, shoo-ing younger moms home after a day of endless work, and arranging for nannies for actors who were simultaneously working and breast-feeding. “We’re asking people to come and work for us for two months, and a lot of them are away from their families,” she said. “As a producer, I just try to make sure everybody’s happy and hardworking and feels good about what they’re doing.” 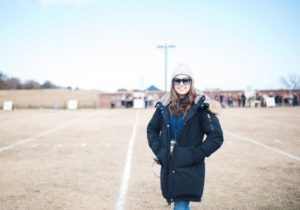 Anne Fleitas told me her favorite responsibility is a toss-up between casting and music. Casting is “kind of like a big puzzle,” she said. “You just have to find the right little piece to make this team come together.” From in-person auditions to chemistry reads, Anne helped craft the orphan ensemble according to Ty’s vision and her intuition.

“So for Hardy [one of the orphans], we kept getting a lot of model-y submissions from L.A., and we’re like, ‘No he needs to look tough and southern.’ And someone mentioned Jake Austin Walker, and I saw him, and I said, ‘That’s the face.’” She also had a hand in casting Bob Dylan’s grandson, of all people, who originally auditioned for Hardy. “But look at him,” she insisted. “He’s tall, dark, and handsome. He’s a Fairbanks [a different orphan in the story].”

A new parent at the time of filming, Anne said the film’s subject matter hit her harder than it would have pre-motherhood. Reflecting on the real-life orphans she encountered while filming at the Texas Pythian Home in Weatherford, Anne said her mind was spinning with what else can be done to help. “[The children living at the Pythian Home] come up to you,” she said, “And we put our headsets on them so they can listen and watch. You wish you could do more for them than give them your headphones, you know?”

What does she hope that children in the foster care system might take away from this film?

“That even if you don’t have the best family, or even have a family to call your own, that you can choose your family. And you don’t have to stay in the same place you were handed in life. There are options. There are ways out and up.” 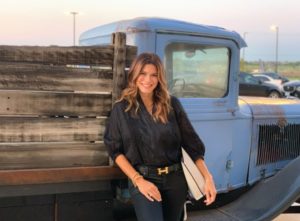 Angelique DeLuca returned Texas after 20 years in the L.A. maelstrom where she lived and worked with Hollywood big hitters. She moved to L.A. to pursue an acting career that she’s since left behind, apart from her turn playing Sister Cora in Orphans.

Angelique’s first time on a movie set was as an extra in Bottle Rocket, the film in which Luke Wilson had his breakout role. “And now I’m Luke Wilson’s boss! Isn’t that funny?” she laughed.

Angelique’s involvement with Orphans partly stems from a close family connection to the Masonic Home central to the story. When Angelique was a baby, her mother was struggling and ultimately placed Angelique’s older sister in the home while she got back on her feet. “The one reason I didn’t go was that I was nursing,” said Angelique. “Talk about a strong woman. But it was heartbreaking; she had no choice.” The family was later reunited, but the impact of poverty and desperation stayed with Angelique.

As a liaison between the film’s production companies (Santa Rita Film Co. and DeLuca Productions), Angelique balanced life and work as a single mom to her two kids. She said she hopes they’re proud of her and vowed they will always come first. But, she said, she hopes they don’t want to get into the entertainment business which she describes as a “tough, tough industry.”

Making this film allowed her to turn her trials into something redemptive. “I know what it’s like to be poor, I know what it’s like to struggle. I hope that everybody who sees this movie is just completely and utterly inspired. I hope it inspires people to take a look at their own lives and realize how blessed they are and give back.” 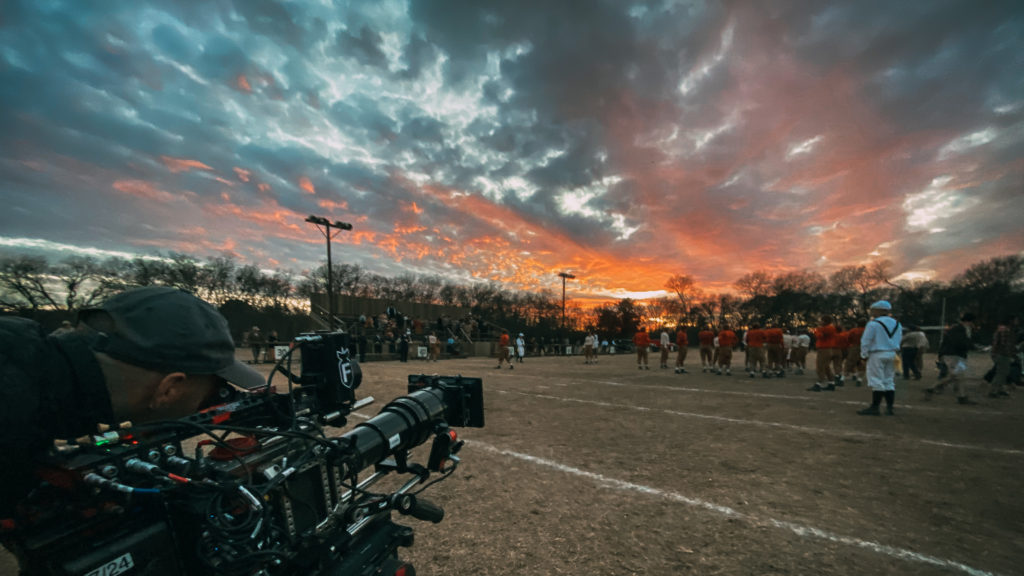 The future of 12 Mighty Orphans is unclear as the pandemic continues to re-direct its course from in-the-can to on-the-screen. Whether we get to see it on a streaming service like Netflix or at an actual, pre-pandemic movie theater (popcorn and all!), the film will no doubt remind us of the mighty among us, be they football players, movie makers, or moms.