We moved to Hawaii to chase a dream. We fell in love with Hawaii for its culture, its way of life, its outdoor lifestyle. We always said we would retire there, but the passing of my husband Jason’s father taught us that life is short, tomorrow is never promised, so why wait? 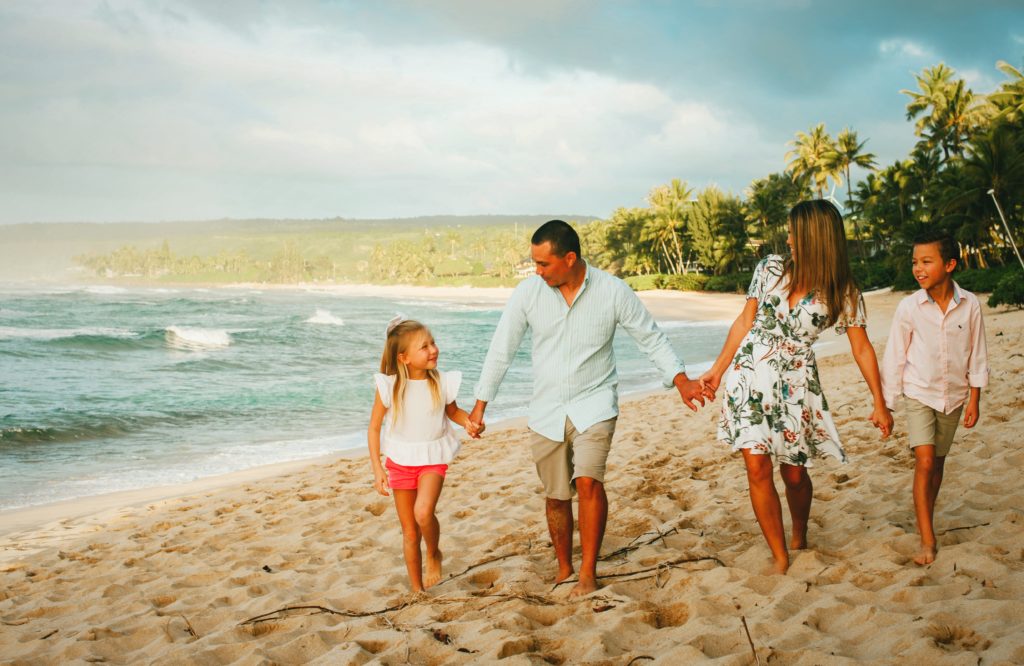 No one wants to admit is that change is scary. We would be moving to an island in the middle of the Pacific where we didn’t know anyone and where we had been a handful of times. If it were just my husband and me, it wouldn’t be a big deal. But I was taking my children out of a wonderful, supportive school and community where they were thriving to move them to this unknown, and it weighed heavily on me.

Jason and I fought a lot over the decision, mainly because he was pushing me out of my comfort zone. I take comfort in the status quo. Jason thrives on taking risks. He is a successful businessman because he takes risks. I, on the other hand, like my routine and playing it safe. This move to Hawaii was anything but playing it safe. After many, many “discussions”, there were several reasons I said yes to Hawaii.

I want my children to learn to be brave. No one is just brave, it’s something you have to practice. Ultimately, I want them to never let fear dictate their choices. In fact, life is about looking at your fears and instead of turning away, walking toward them. But those first steps towards fear felt overwhelming. Some days I felt frozen in anxiety. Some days I felt like I was drowning and wanted to turn back to shore. Along that walk, we stumbled. The important part, the courageous part, was to get up and keep going. Fall, get up, keep going. 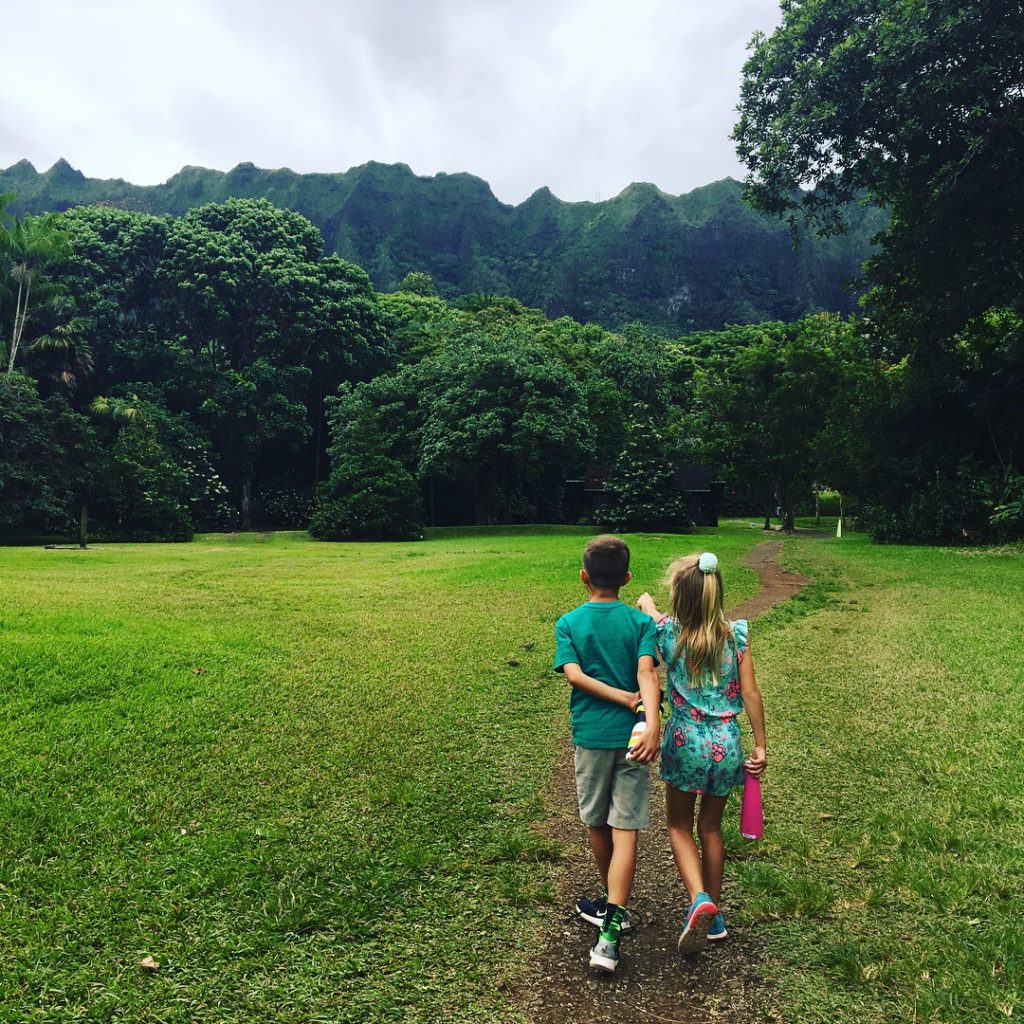 Another reason to move was to simplify our lives. We thought if we pare down on the busy, we may be able to focus on the important. If we live smaller and more simply, we will appreciate the meaningful.

This part of the move proved to be back-breaking work. Literally. We had a big house with closets bursting at the seams. We had a garage full of junk and a shed in the backyard that was too scary to enter. For months, we gave away, sold, donated, and dumped. None of our furniture could come with us because the price to ship to the island was astronomical. We shipped two cars, we each had two boxes to fill, and that was it. It was a tough test: “Do I love this thing enough to bring it to Hawaii?”

Surprisingly, the kids didn’t blink an eye. They were quick to dump everything into trash bags, and I was the one shouting, “You can’t throw that away!” I would take something out of the donation pile only to realize they were right. It all needed to go. The process was draining, overwhelming, and downright embarrassing. I was ashamed at how much excess we had accumulated over the years, but ultimately, I learned that all these things were just that: just things. The most important pieces in my life were the three people going with me to Hawaii. My mantra was “Clear out the busy, clear out the junk, and focus on the important. Let go of the things weighing you down, and you jump that much higher.” 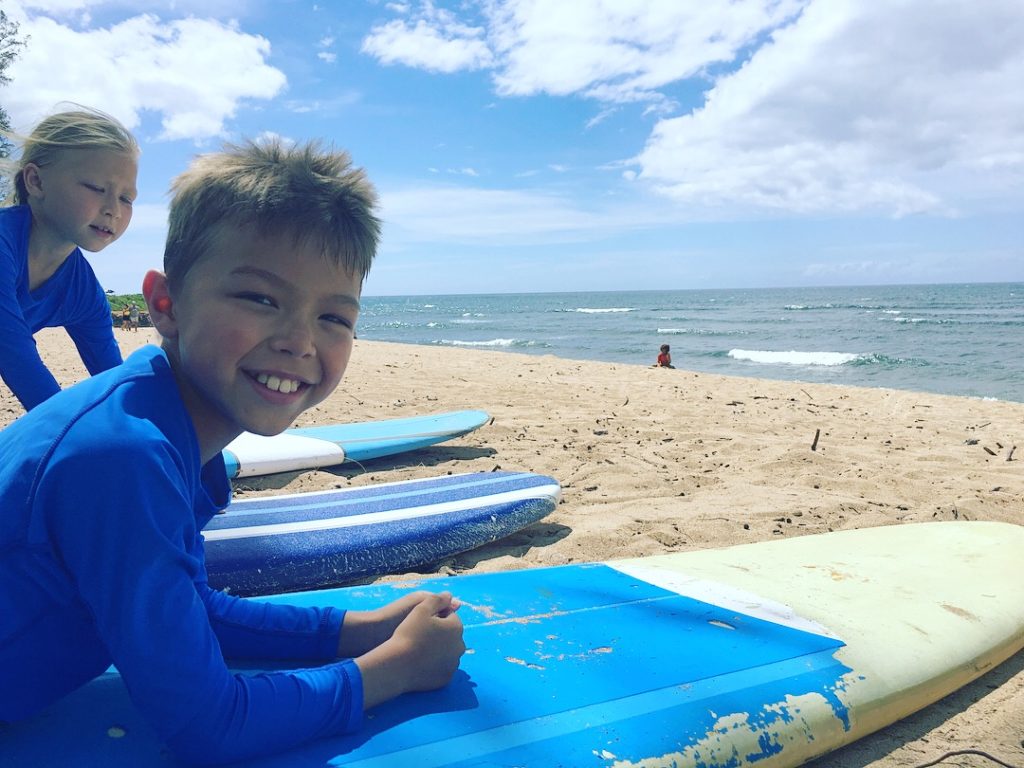 We boarded the plane to Hawaii on July 10th, 2018, with our eight boxes. We rented a house, we enrolled the kids in school, and we were on a high. We did it! After years of preparing and working towards this goal, things had worked out, and we were finally here. This was honeymoon phase of our transition. Every day, we went to a new beach, tried a new food, or went on a different hike. We explored our new home with voraciousness.

After a few months, we hit some stumbling blocks. The excitement of the new started to wear thin. For the kids, there were some days that felt overwhelming. New town, new school, new kids, new accents, new foods. Everything was different at their new school. No one wears shoes inside the classrooms, there are no uniforms, and school work is done on your Chromebook. They had to learn new rules about going to the bathroom, checking out a book, or going through the lunch line. Being the new kid is fun at first, but that wears off, and you realize that making friends takes time. There were mornings when Jonah begged to not go to school. It was hard to watch them struggle. 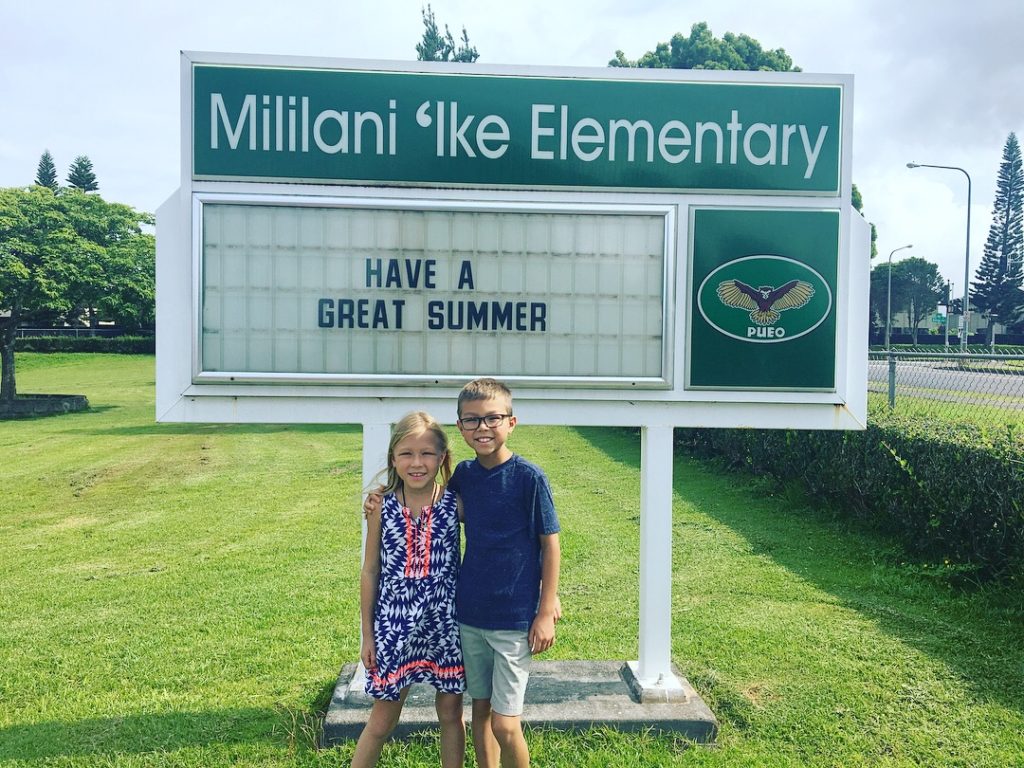 At times, I felt like we made a mistake moving here, and it made me question everything. I leaned on my core group of mom friends, and they encouraged me to share my struggles with my kids. I was having trouble making friends, too, and I felt lonely and isolated some days. At night, we would talk about it. We would share our feelings and cry together. Moving away made us love Fort Worth even more, but we had to leave room in our hearts for Hawaii and be open to this new experience. We would end by saying that we were so thankful to have each other. We were a team, and we were in this together. The good and the bad. No one was alone in this adventure.

Our new school curriculum includes Japanese language and Hawaiian Studies. I am half Japanese and can help Jonah with his Japanese homework. For the first time, Jonah looked at me and said, “I am so lucky to have a Japanese mom.” It was something a kid just says, without much thought. But it was how he felt in the moment, so he blurted it out. And it’s a moment that has stuck with me. I grew up in Texas most of my life and being Asian was far from cool. It was a full circle moment to hear my child say that to me, and it felt good. 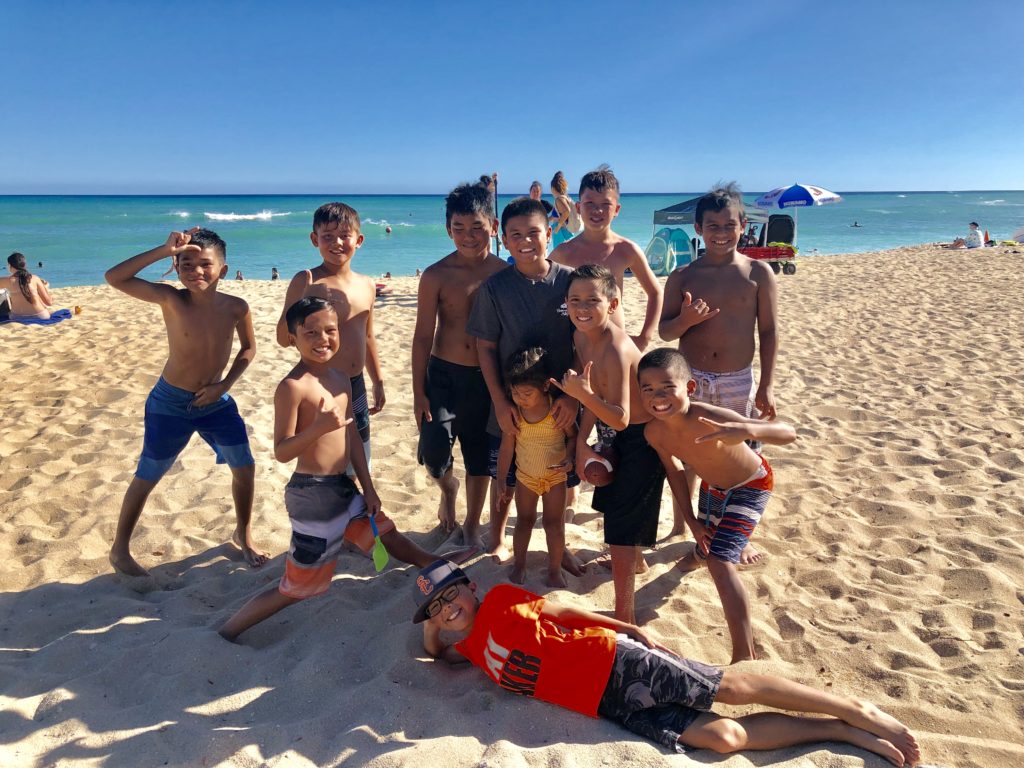 We have come through these stumbling blocks stronger and wiser. We proved to ourselves that we can be brave and go for it. We can fall and get back up. After nine months, we have found an incredible group of friends and have a supportive community. Our kids are thriving at their new school, happy to have sweet classmates, and have joined great sports teams. We look around and pinch ourselves that we live in paradise. And what we have found is that paradise is best seen with grateful eyes and a brave heart. 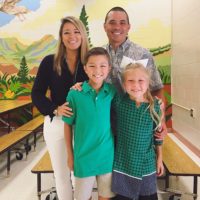 Sachi Mitchell is a mom who moved from the Tanglewood area to Hawaii with her family. Her story appears in the May/June issue of Madeworthy.