There is no playbook for starting a business. Once a novel idea becomes an HGTV hit, a nationally–craved cookie line, or a health-minded salsa brand, the entrepreneurs behind those ideas must devote countless hours to stay afloat and grow. Add in marriage, family, and other relationships, and starting a business is not for the faint of heart.

These local entrepreneurs profiled below do not sugarcoat the struggles in balancing life and work. Each one would not change anything about their current ventures, though. Creating something that brings joy to the lives of others is a calling that they plan to continue. 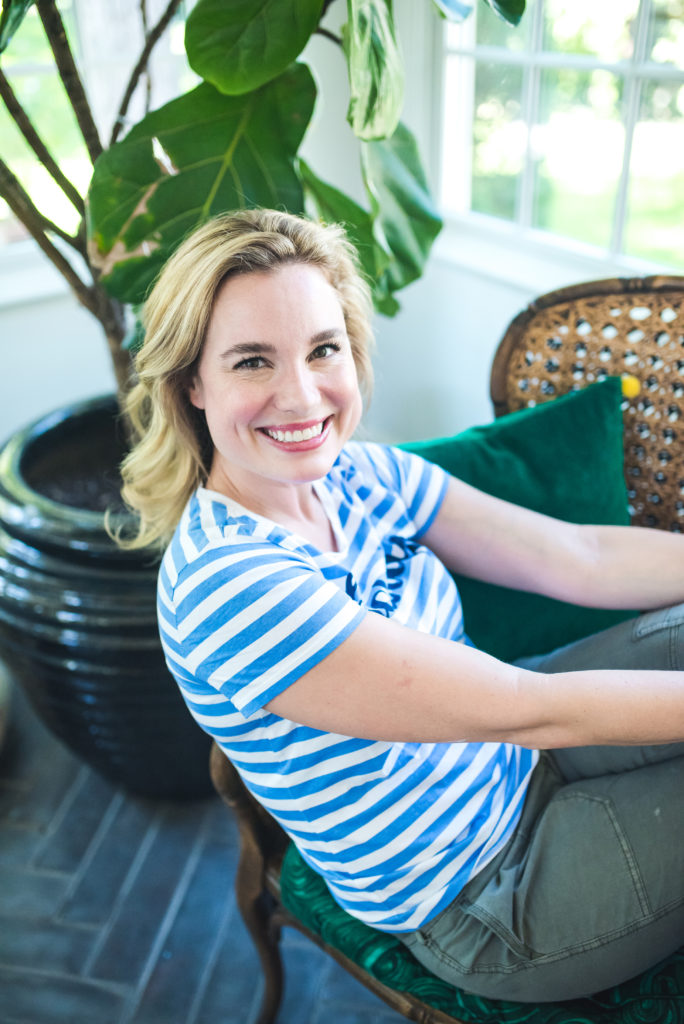 Grace Mitchell was Madeworthy’s inaugural cover story. At the time, Mitchell had signed a contract with the reality show production company High Noon. Mitchell’s show, One of a Kind, recently premiered on HGTV and quickly made history. It is the first HGTV original to become a series before the pilot aired. (Pilot episodes are used to judge a show’s viability.) HGTV also took an unprecedented step, signing Mitchell for a second season early in the airing of the first season.

One month after its mid-March premiere, One of A Kind garnered nearly 5 million viewers. For the uninitiated, Mitchell uses her insightful-verging-on-clairvoyant interior designing acumen to transform Fort Worth homes into customized abodes that abound with personality. Mitchell is breaking the home renovation reality show mold, one unconventional idea at a time.

Mitchell is in the middle of filming season two, which will air this fall. The mother of four is used to balancing work and family life. Her kids are old enough to help Mitchell with small tasks, such as unloading small items from her minivan.

“They help me a lot,” she said. “There is generally something in every house that they like to play with.”

Mitchell, HGTV’s film crew, and her kids generally spend seven weeks restoring a home. By the time the homeowners return for the reveal episode, Mitchell’s kids can have mixed feelings about leaving what they view as “their” house.

The working mother has learned to be more efficient while directing contractors, craftsmen, and scheduling. It is a complex choreography that has the added pressure of meeting network deadlines, as well as contractual obligations. Filming One of a Kind has been a learning experience for the entire family, she said.

“They get to see adults working hard and… that things don’t always go smoothly,” she said. “Even if you plan the best you can, things happen… They see the full spectrum of real-life and what happens when things don’t go as you want them to.”

The show has added new challenges and opportunities for the Mitchell family; however, after managing her own business, the home renovation maven is used to balancing life and family.

“I feel that as long as I can have my kids with me, all is well,” she said. 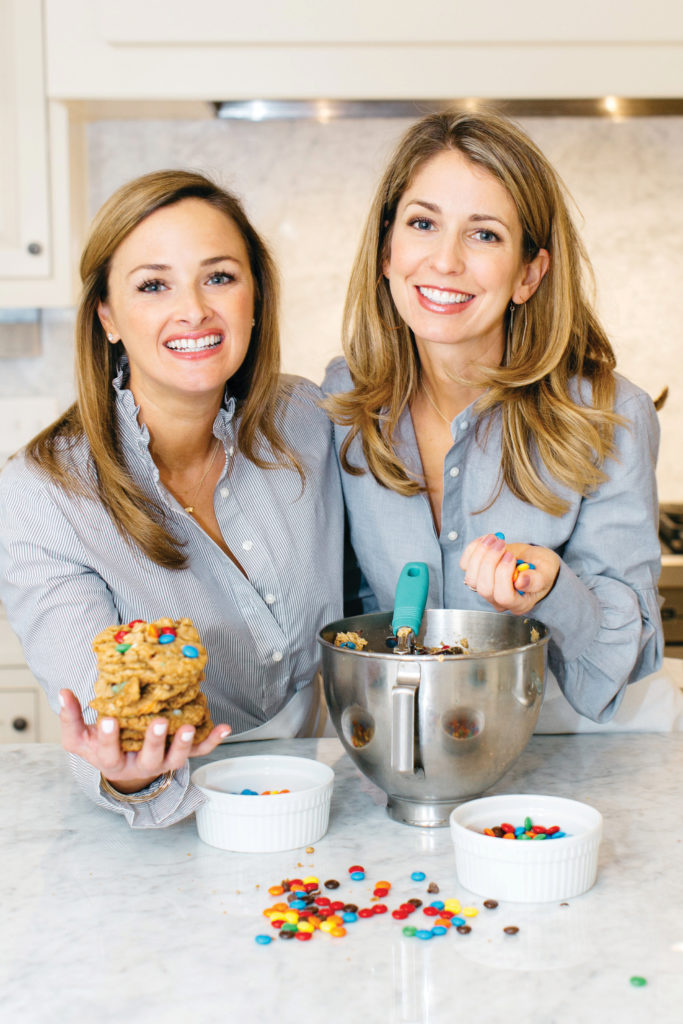 I caught up with Mehall while she was vacationing with her family in Colorado. We briefly postponed our interview so Mehall could address an urgent matter with Meli’s newest vendor.

“We’re launching in September with Kroger,” Mehall told me. “Their systems are [different from what we’re used to] … Yesterday was a long day.”

Mehall is six years into owning a business, and growth has been meteoric. Meli’s is on shelves in Walmarts and Super Targets across the United States. The company now consists of a team of ten, but decisions are still made from the top.

Beyond being a full–time business owner, she is a full–time mother of three. Summers offer the greatest scheduling challenges as she taxis kiddos around. At all times of the year, though, Mehall and her husband reserve evenings for family time.

“I purposefully put my phone away,” she said. “I try to have all my calls done by 3 pm. If I’m on the phone, I’m not present. I want to be present for them.”

Late evenings are spent preparing dinner — Mehall’s 12-year-old is an eager sous chef — before homework is done, books are read, and prayers are said before bed. Once the kids are asleep, Mehall tries to get ahead of the next day by shooting off late-night emails. Having a trusted business partner who is also a good friend is a blessing, she said. The two Melissas rely on each other for advice and encouragement.

Seeing their brand grow nationally has been amazing, she said, and it is sweetened by feedback from customers. If one of her children wants to start a business one day, Mehall would unflinchingly encourage that journey.

“I think it’s wonderful,” she said. “It’s great to be able to have an idea, put it in the market, and see it thrive.” 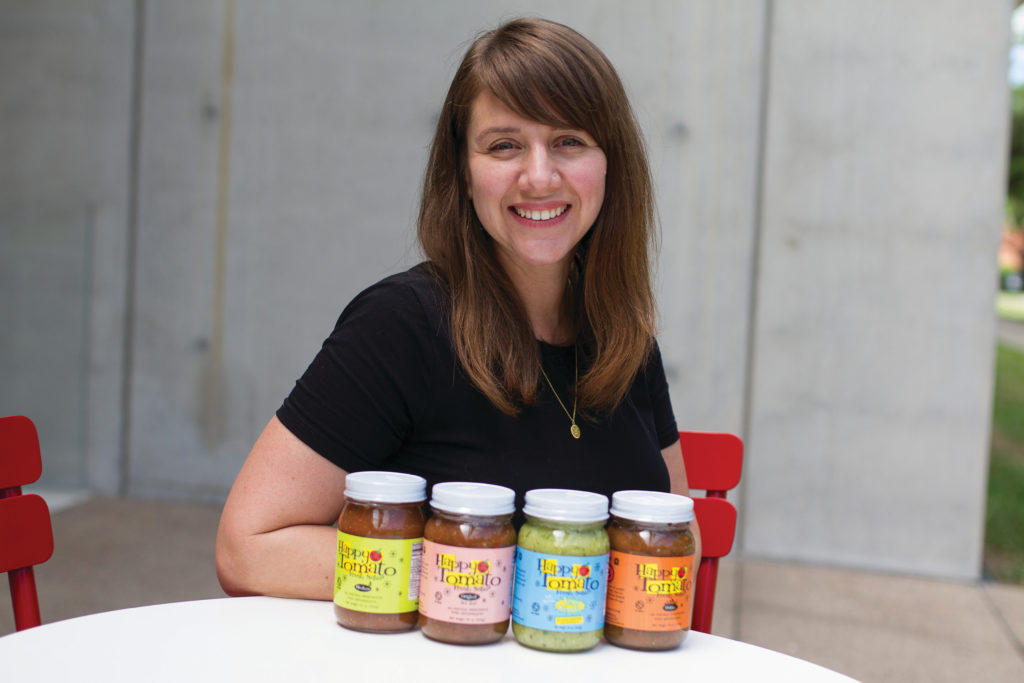 When it came to homeschooling her two children, Lauren Keefe did not think family life would ever leave room for a substantial career. The founder of Happy Tomato Fresh Foods now oversees production and distribution of a salsa brand that can be found at stores across North Texas.

Throughout the journey from stay-at-home mom to small business owner, Keefe has kept her promise to put her family first. Several years ago, Keefe donated her homemade salsa to a local charity event. After inquiries about where the salsa could be bought, and with her husband’s encouragement, Keefe began to produce her all-natural and preservative-free recipe on a modestly larger scale. She reasoned if she could sell the salsa at local farmer’s markets, that would be worth the effort. Public interest grew, and in July of 2012, Central Market started selling her salsa at their Southlake and Fort Worth locations. A Star-Telegram feature helped boost Happy Tomato Fresh Foods toward its current distribution.

“All of the stores sold out,” Keefe recalled of the weeks following that article. “For the next week, I pulled 16-hour days… It was flying off the shelves.”

Happy Tomato Fresh Foods had officially transitioned from home-based side hustle to a full-fledged small business. As the business grew, Keefe managed to keep her children in tow while she worked. First Jefferson Unitarian Universalist Church provided an early, family-friendly workspace where Keefe and employees like Danielle Deluca could work while keeping an eye on their children.

The church had a “space near the kitchen where our kids would play… and do schoolwork,” Keefe recalled. “There was a playground nearby [to] take our breaks. The church staff was always accommodating. It couldn’t have been a more perfect situation.”

Now, Happy Tomato Fresh Foods has a warehouse on Fort Worth’s North Side and plans to upgrade the facility, allowing for expansion of the brand. Keefe said she is grateful her children have seen the business grow from concept to a steadily growing business. If her children decide to become entrepreneurs, they can fall back on invaluable firsthand experience.

“From the beginning, I made the decision that I wouldn’t put this business before raising my kids,” she said. “I am able to work with healthy food… [and] raise my kids on my terms… That has been the greatest joy.”