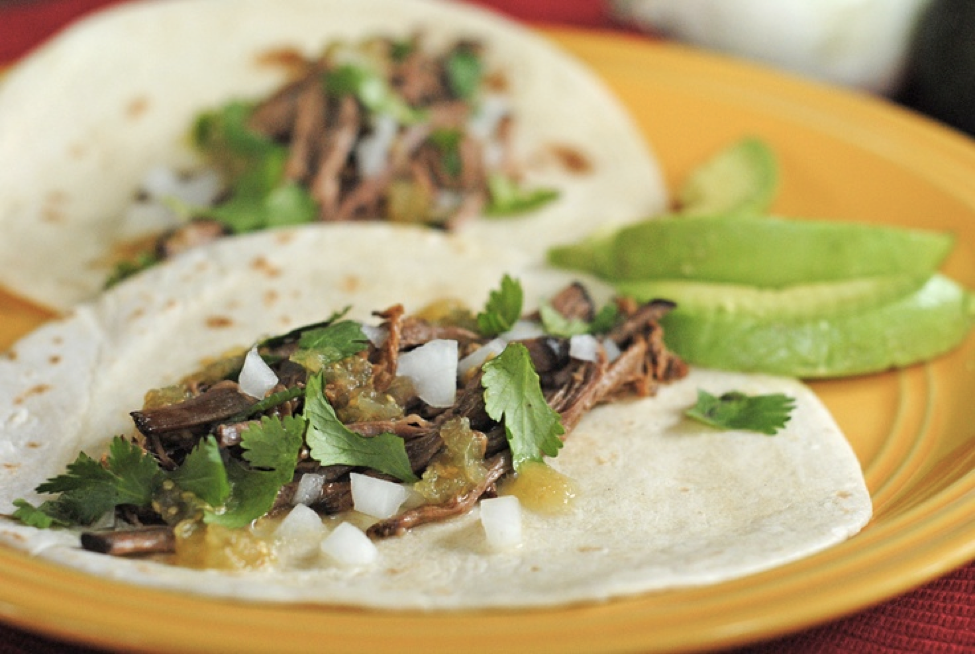 For some reason Tuesday nights are always the craziest night of the week for us. Its not that we are objectively busier than any other night with soccer practice, baths, and homework. Its just that on Tuesdays we are always running a little more behind than usual.

Armed with that knowledge I decided last week to get a head start on Tuesday night by preparing dinner ahead of time. I decided to do slow cooker something or other so that when we got home from soccer we could basically just sit down and eat. I’d been craving some yummy tacos so I looked up a few recipes and settled on these brisket tacos.

When we got home we warmed up some tortillas, shredded the meat, and were blown away. Not only were these the best homemade tacos we’ve made (all the kids asked for seconds) but they were so super simple. The best part though was that we had enough left over for another round of delicious, tangy tacos a couple days later.