By the time she was 18, my daughter had been to college twice. First was with me, as an infant. The second time was on her own. I grew up with my child, having been merely a child myself when I had her. When she started kindergarten, and I released that tiny little hand at the door, I felt sure that would be the toughest “letting go” I’d ever have to endure. It was, until I had to send her off to college. It does not matter if our children end up in town, or a thousand miles away, it’s never easy. Ultimately, there are some beautiful lessons to be learned in this transition. Parents, take heart. 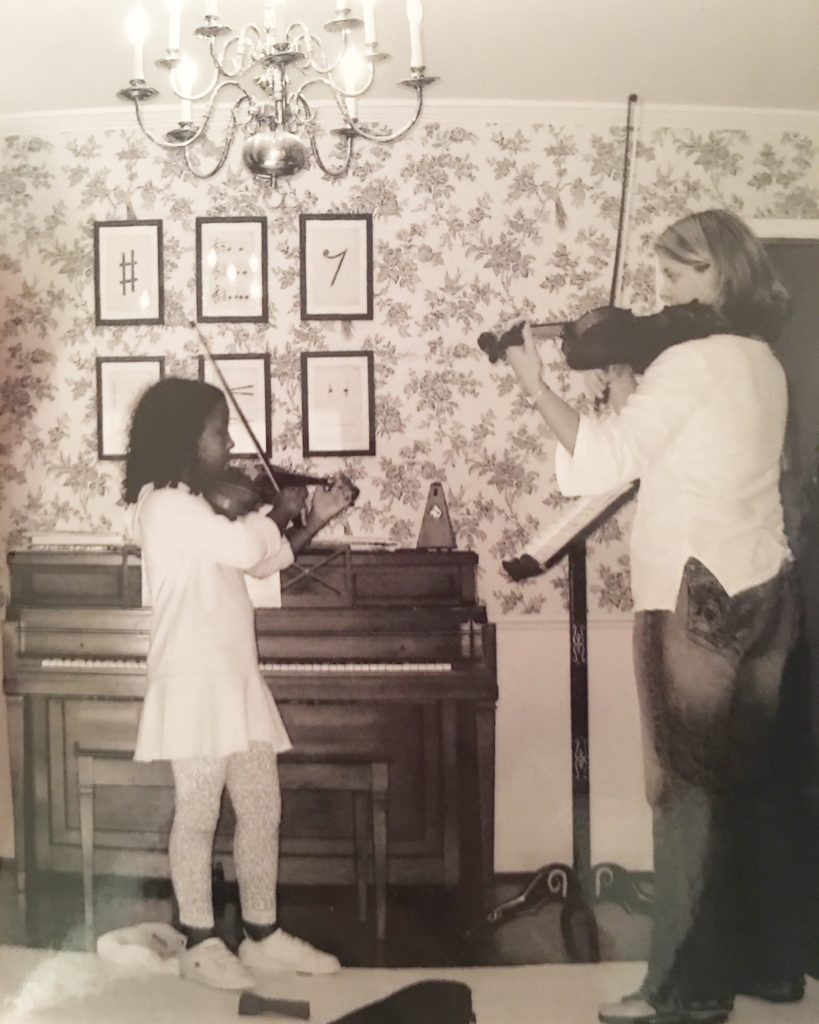 Being a young mother presented its own set of challenges; a funny one was being asked for my babysitting information at birthday parties. With hindsight, I had no idea what I was doing, but I was embraced by amazing parents who did. Also, Carmen raised me as much as I raised her. The one thing I knew was that I wanted her to be confident, so I adopted a “fake it till I made it” mentality. Carmen followed suit and became a young woman of poise and persistence, conviction and confidence, and before we knew it, she was a senior in high school.
So much had changed since I’d applied to TCU. I recall sitting in a parent forum with the school’s academic counselors, listening as they told of parents who damaged their child’s acceptance to a school by criticizing the school on social media. I was appalled! Carmen applied to ten schools on both coasts. Although I was crestfallen about the distances, I was encouraged that she felt up to the task to take on an entirely different lifestyle, location, and climate.

She was accepted to all schools but one, where she was waitlisted. She kept us on pins and needles until the last minute when she chose Seattle University. We had visited on a whim when her brother was seeing doctors, and she fell in love with the school and city.
College prep did not go off without a hitch. Although Carmen had connected with and requested a roomie that she met through social media, she was assigned a different one who was a self-proclaimed cannibal. As parents who preached acceptance and tolerance to Carmen all her life, this was quite a challenge. 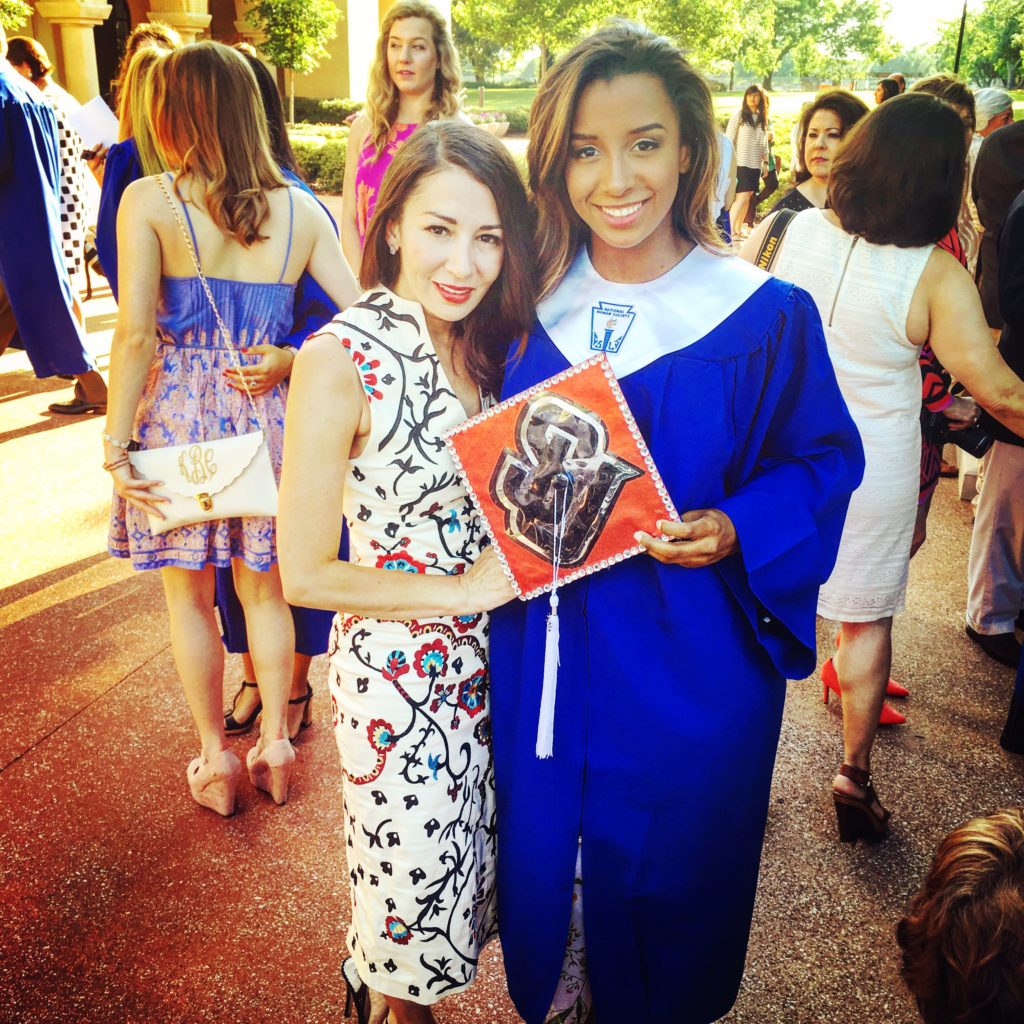 We traveled to summer orientation, and I tried to have an open mind. All was going well until we found ourselves in a Q & A with a panel of professors, administrators, and students. Some students cried telling their stories of leaving home, which caused a domino effect of parent tears. Then a mom dropped the nuclear bomb of college parent fears on the room. Her questions were many, fast-paced and well-researched; the panel squirmed in their chairs. The final question was about an article warning the possibility of a massive earthquake in Seattle. New fears started to grip me, and I just wanted to keep my girl home forever.

Fast-forward to mid-September. I’d reconciled that there was nothing I could do to keep Carmen here; she was ready. Seattle University’s quarter system did buy us some special time together. Time that I needed to tell her everything she needed to hear and some things she did not. Move-in day brought a wealth of emotions. I awoke at 4:30 a.m. to write her a letter containing all my wishes for her. I sobbed through each sentence, but as I finished, I was overwhelmed with peace for this transition. We met her non-flesh-eating roommate, Miranda (Carmen and Miranda, I KNOW), and even more apprehensions were set at ease. Decorating their room was challenging but fun. Carmen had an inordinate amount of creature comforts, as I wanted her new home to reflect the joy and warmth of her own in Texas.
Saying goodbye and boarding the plane that next morning was one of the most challenging things I have ever done. I knew that I was leaving a part of myself in Seattle, a part she’d carry with her to the next phase of her life. I had to remind myself that this was what she’d earned, and frankly, what I’d always wanted for her. 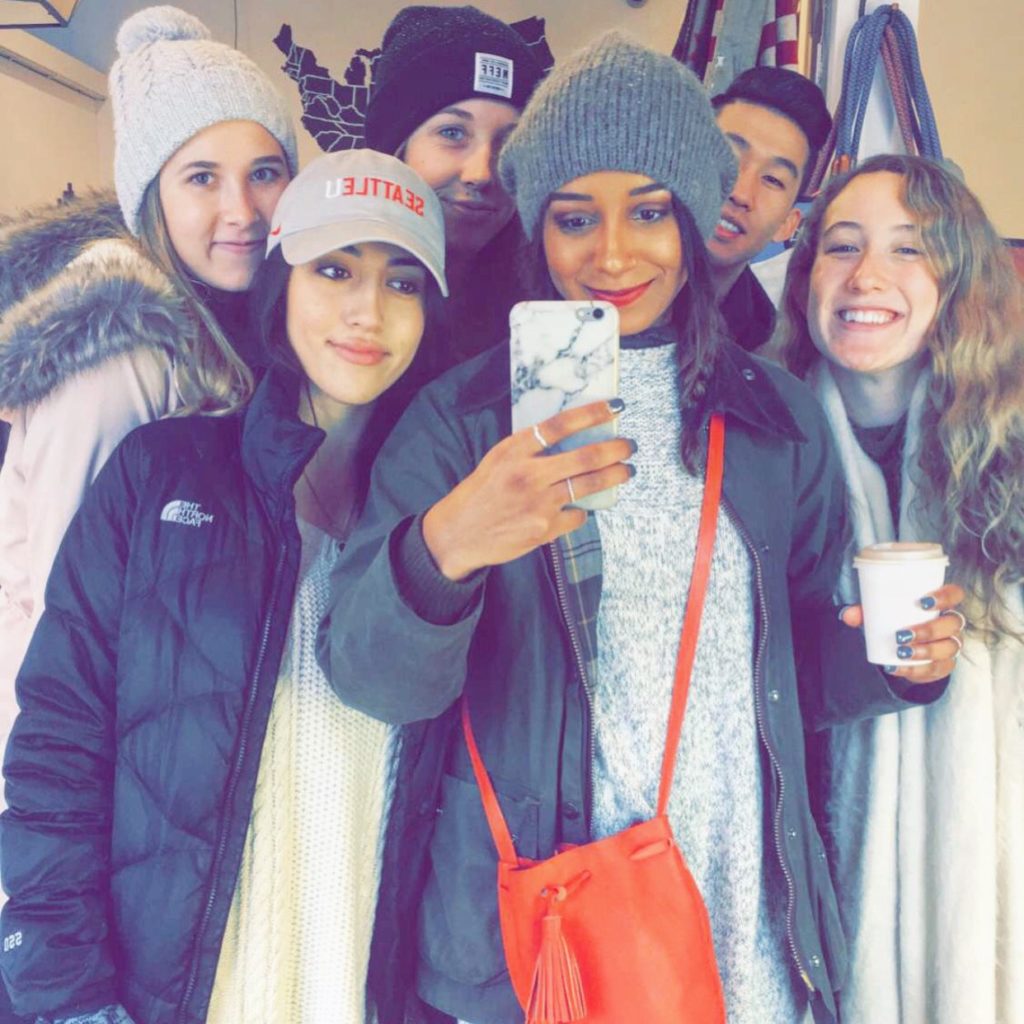 So, here’s the rub, parents. The moment you leave your child at college, their future is no longer completely in your hands. The terrifying beauty is that they will be okay. They will not need you as much as you want, but they will need you more than they think. It’s a difficult tight rope parents walk. We want to guide every step of our child’s future, while grimacing a smile as they step out on their own. I have had difficult, teary, pity-party mom days, for sure! Yet, there are far more days that I find joy in this new phase and embrace the changes.
We returned to Seattle several times this year. Carmen had made wonderful choices both socially and academically. During the last visit, she informed me of her plans to return to Texas for law school, and while I know my child’s unlimited potential, I felt giddy for just a second knowing she missed home. I know there will be many more milestones: her college graduation day, her wedding day, and the day she becomes a mother herself. For now, I am counting my blessings: one year down, and a lifetime of letting go.

This article originally appeared in the inaugural issue of Madeworthy magazine.

Elena McMurry is a wife and mom of three who has resided in Fort Worth for half of her life. She has a degree in Journalism from Texas Christian University, and she taught for seven years as a writing teacher in Fort Worth ISD before deciding to stay at home once her second child was born. She loves, travel, writing, and this amazing city and enjoys taking in all of the wonderful cultural gems it has to offer.